From Die Hart to Ted Lasso, See This Week's Trailers and Posters

Plus, Anna Kendrick and her blow-up doll BFF

There was a lot of comedy this week in entertainment marketing, which is especially welcome at this point in 2020.

The week kicked off with a sneak peek at Die Hart, Kevin Hart's new series about busting out of the sidekick role and becoming the action hero he always dreamed of. The result looks hilarious. Then we got a taste of Woke, a comedy series inspired by a real-life cartoonist. One of the funniest trailers I've seen in a while was for Anna Kendrick's series Dummy. Imagine becoming BFFs with your boyfriend's sex doll. Awkward! … Then we saw what happens aboard the lower levels of a Starfleet spaceship, and let's just say, they aren't living the glamorous life of Spock and Captain Kirk. Then the prodigal coach returned. That's right, Ted Lasso's back and getting his very own series.

It wasn't all fun and games, though. This week had some serious punches packed into it too. We got to see what happens when an affair turns deadly. We also got to see a first look at biopics for not one but two beautiful minds—one changed the landscape of electricity, while the other contributed to saving millions of lives. We also went to space with Hilary Swank. And last, but never least, we spent some quality time with the five most notorious families. The families are finally talking—I guess Netflix made them an offer they couldn't refuse.

Get ready for some laughs and a healthy dose of drama. Here are some of the trailers and posters released this week.

Kevin Hart dreams of being an action hero, and in his meta Quibi series, Die Hart, he's attempting to make that dream a reality. Hart plays a fictionalized version of himself, who attends an action star boot camp run by Ron Wilcox (John Travolta). The trailer is inventive, making you question what's fiction and non-fiction at certain moments, and it's cut with the perfect amount of hilarity. The poster is a comedic homage to Die Hard. Die Hart premieres July 20. 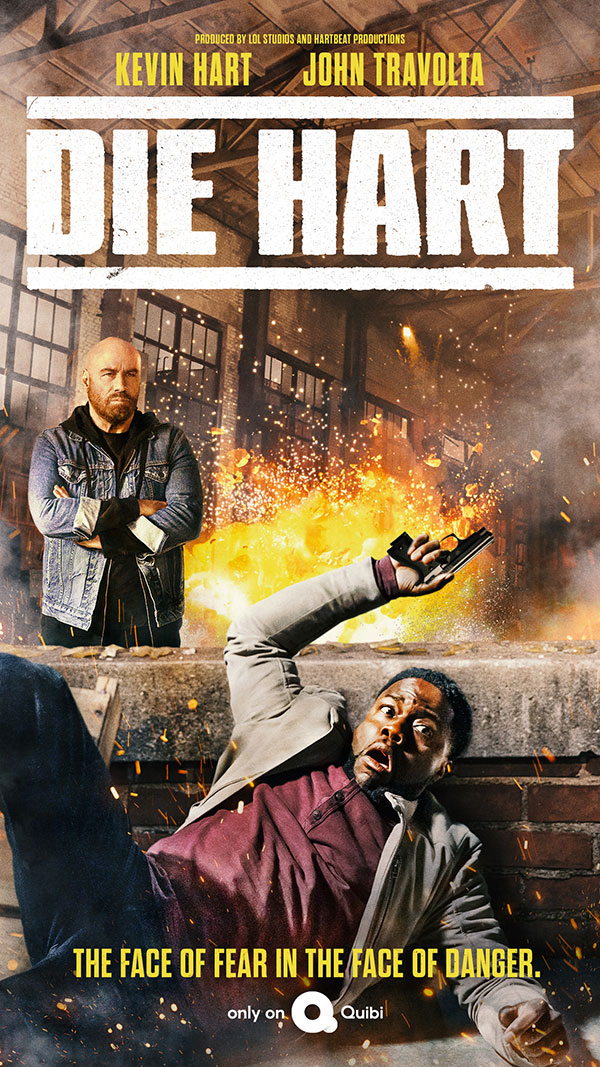 Woke, a series about an African-American cartoonist who, after an unjust run-in with the cops, is "woke" to the world around him, looks like a timely and can't-miss comedy series. Based on the life and work of cartoonist Keith Knight, this comedy blends live action and animation. The trailer will keep you laughing, and does a nice job of summarizing the story, but it's the brightly animated graphics that steal the spotlight on this advertisement. Get Woke on Sept. 9.

The intensity is smoldering in the trailer for the Netflix film Fatal Affair, starring Omar Epps and Nia Long. As suggested by the title, after some extramarital activities, an affair between the two turns deadly. My favorite part of the trailer is the use of music and sound design. The musical choice of the R&B classic "All The Things" by Joe feels just right. Then it transforms into something wicked as the trailer progresses. Check out the poster design as well, which through its color palette and photography expressively conveys the story. Fatal Affair arrives July 16. 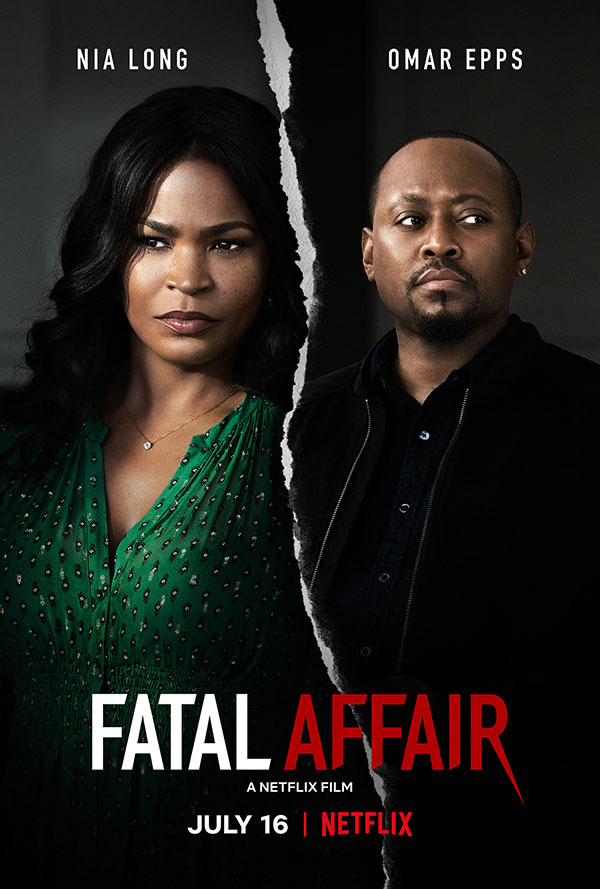 Inventor Nikola Tesla is getting biopic treatment in this enlightened retelling of the visionary's life. The trailer for Tesla is electrifying, from its bold editing and wit to the magnetic graphics and design. Even the pulsating music gives it an extra surge of life. Discover the story behind the man on Aug. 21.

Tesla wasn't the only extraordinary mind entering the entertainment marketing world this week. Marie Curie, the first woman to win the Nobel Prize, is getting a film of her own. The trailer for Radioactive is bold, powerful and empowering. The graphics are strong branding, offering a radioactive vibe, and the instrumental score adds layers of profundity to this compelling story. Check out the poster design, which rightly highlights the spirit of the woman who changed modern medicine. See Radioactive on July 24. 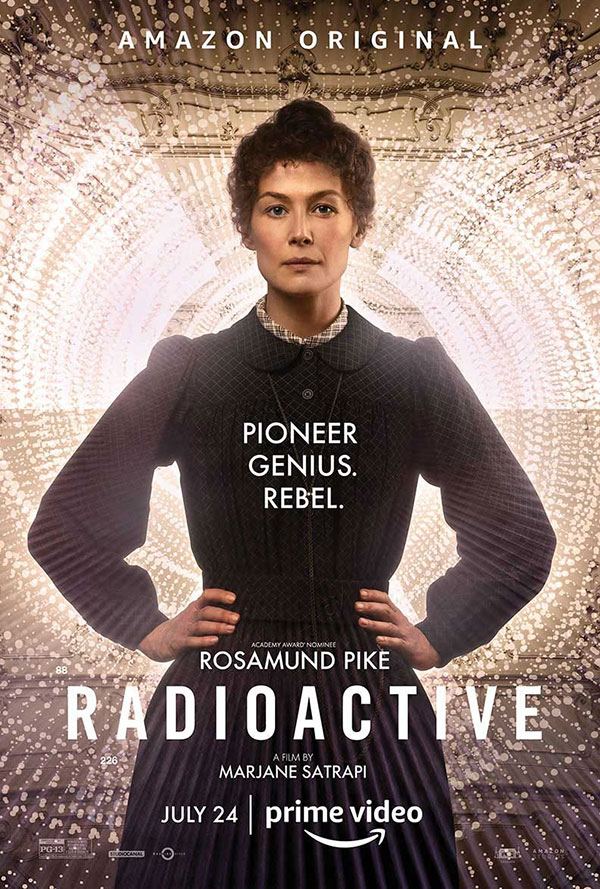 The teaser for Away is short but powerful in its approach. The series starring Hilary Swank follows an American astronaut as she leaves her husband and daughter for a year-long mission. The teaser does a brilliant job of demonstrating the emotional hardship and how a responsibility of that magnitude could turn your life upside down. The creative direction of this piece is masterful. Away begins Sept. 4.

Dummy, a series starring the always charming Anna Kendrick, looks like a raunchy riot of hilarity. The premise of the series is a girl befriends her boyfriend's sex doll, who happens to talk. The trailer is as outrageous as the story itself, hitting every comedic bar. Not to mention it has a good musical choice, "Little of Your Love" by Haim. The poster design is amusing, and I adore the color scheme. Dummy is now streaming on Quibi. 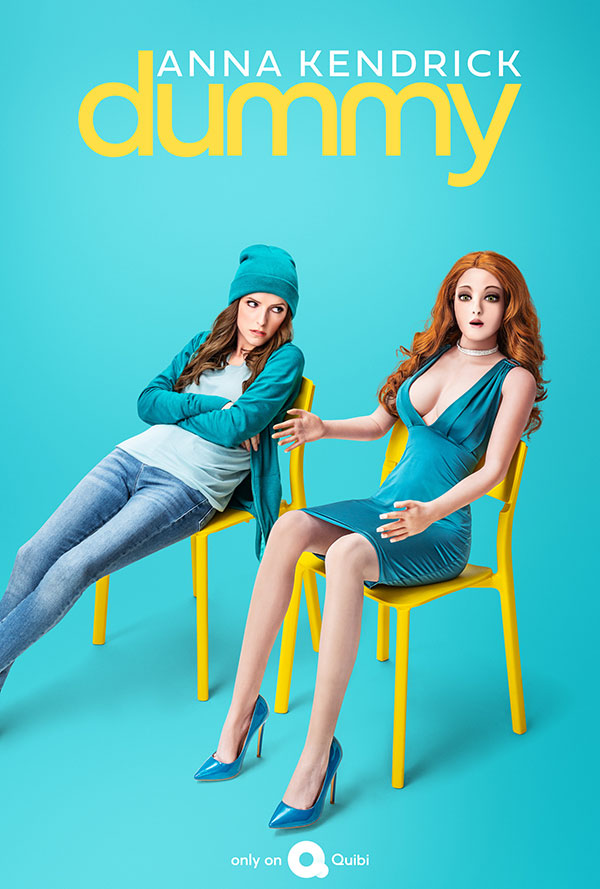 Go where no Star Trek series has gone before—the lower decks. This animated series explores the life and trials of Starfleet's underdogs, and it looks like an entertaining adventure. The trailer is engaging, funny, and does a delightful job of building character. Check out the clever poster design. Star Trek: Lower Decks premieres Aug. 6. 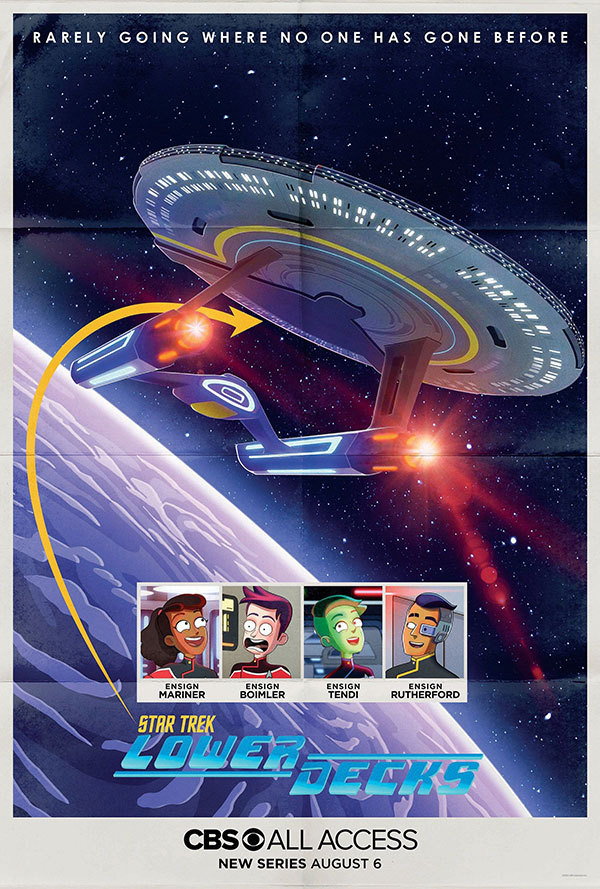 Imagine the takedown of the five most powerful mob families in 1970s New York, all at once. That's the premise of the Netflix documentary Fear City: New York vs. the Mafia. The trailer is raw, engaging, and includes snippets of never-before-heard interviews with mob leaders and the police officers directing the takedown. The poster is a stunning illustration, including bold color choices. See this true-crime story July 22. 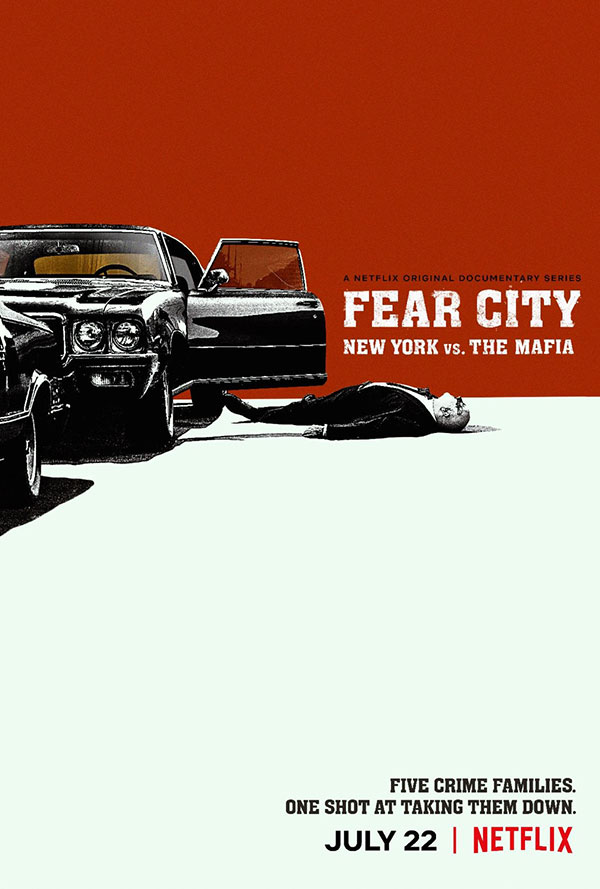 Ted Lasso, the fictional college football coach made famous in many NBC Sports sketches, is getting his own series on Apple TV+. The series follows Lasso, played by Jason Sudeikis, as he takes on a new gig managing one of England's top football clubs. The trailer is witty, has a rocking score, and spotlights the idiocracy of this beloved character. Ted Lasso makes his grand return Aug. 14.