From 180 Amsterdam and Adam Berg

DHL morphs into Her Majesty's not-so-secret delivery service in a fun tie-in with the new James Bond film, No Time to Die. The 25th entry in the franchise arrives in U.K. theaters on Sept. 30, with a U.S. premiere set for Oct. 8 (following three postponements due to Covid).

Smuggler's Adam Berg directs 180 Amsterdam's fiery, F/X-fueled car chase through the neon-soaked streets of Shanghai, with an unflappable DHL dude determined to pass a package to Agent 007 amid sparky crashes and explosions:

Carly Simon's "The Spy Who Loved Me," from the 1977 Bond flick of the same name, seems an odd soundtrack choice, but provides a pleasingly mellow counterpoint to the noisy pyrotechnics.

"The campaign is quintessentially Bond, with high energy and tongue-in-cheek humor, all while remaining firmly in the DHL world," says DHL rep Monika Schaller in a statement. "The message is that DHL is the logistics partner you can rely on even if the mission is unusual or complex."

DHL handled equipment logistics during the No Time to Die shoot, transporting props, costumes and camera gear. The company will post footage of such efforts, plus BTS clips from the commercial, on a dedicated website. That venue also features the :90, which will also run across TV and digital channels.

The campaign boasts print and online banners, too. 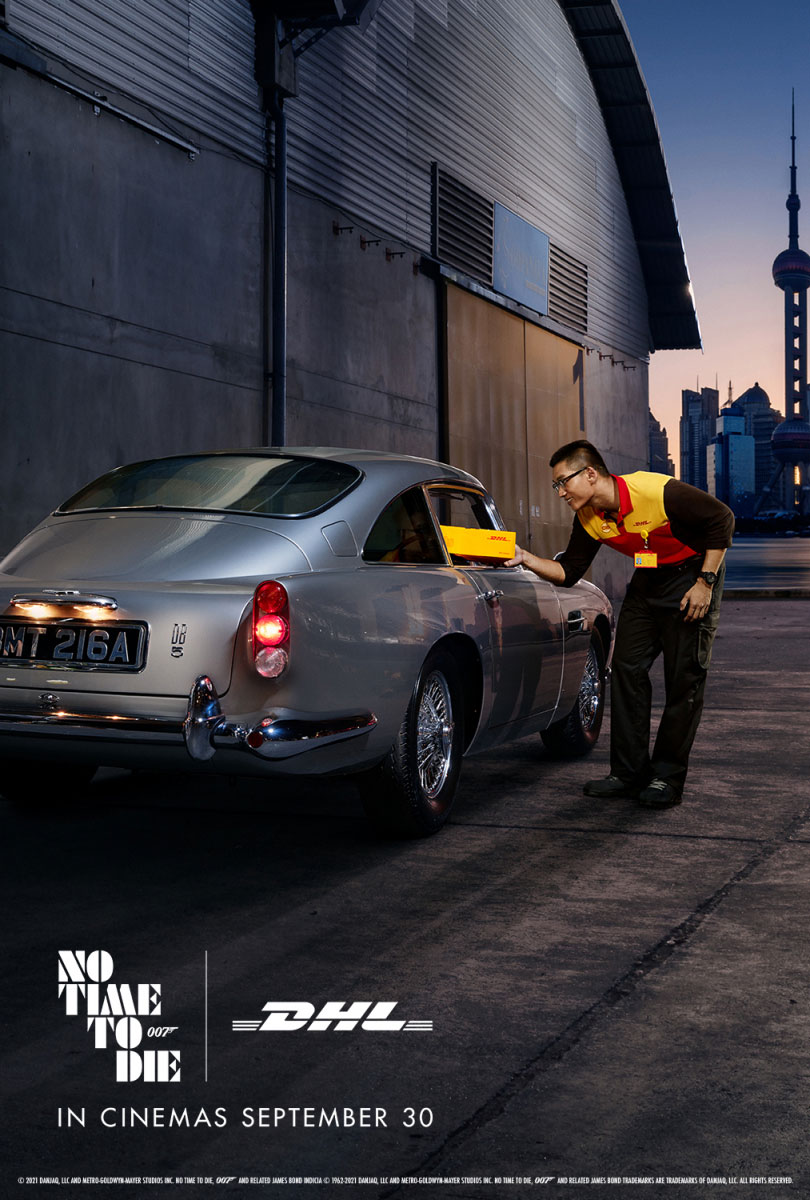