From Dexter: New Blood to The Matrix Resurrections, See This Week's Trailers and Posters

Plus, new films from Adam McKay to Joaquin Phoenix

It's back-to-school season, but why should kids have all the fun? The world of entertainment marketing is here to provide us adults with plenty of educational content of our own.

Interested in astronomy? You'll get to explore two very different responses to giant disasters coming towards Earth. Let's just say one commander-in-chief is pretty darn chill about the whole thing. Or if you're more of a bookworm, let Joaquin Phoenix read you a story or see a bestselling novel series come to life on screen. Computer nerds will be thrilled to be reunited with their good pal Neo, and those who prefer extracurricular activities can turn to another old friend as he revisits his own creepy hobby.

So, pack up your backpacks and head back to class with this week's notable new trailers and posters.

Ten years later, everyone's favorite serial killer is back in Dexter: New Blood. This time he's living a new life in a small town and trying to overcome his sordid past. But if this trailer is any indication, it might not be as easy as it seems. Starting with a great bait and switch as Dexter is pulled over by his new cop girlfriend, the piece leads into Iggy Pop's "The Passenger," which soon gets trailerized as Dexter fights his own "Dark Passenger" (his code name for his urge to kill). Catch Dexter's chilling return to Showtime on Nov. 7.

All hail President Streep! America's leading lady is stepping into the Oval Office in Adam McKay's latest for Netflix, Don't Look Up. This teaser focuses on the stellar—with both the incredible cast McKay has assembled and in the giant comet heading towards Earth in this satirical disaster film. The fast-paced teaser makes plenty of room for the all-star cast run (the hits just keep coming!), while also giving an inkling into the tone of the film and its leading players. Don't Look Up will be a gift for us all when the film comes to Netflix on Christmas Eve.

Curl up for a bedtime story with Joaquin Phoenix in this trailer for C'mon C'mon, a new A24 film from director Mike Mills. Phoenix's voice guides us in this meditative trailer, highlighting the film's spectacular black-and-white cinematography as polished editing and clip selection emphasize the narration. The simple poster sticks with the color scheme and showcases the budding uncle-nephew relationship that drives this compelling story. C'mon C'mon will premiere at the Telluride Film Festival before hitting theaters in November.

The Wheel of Time

Based on the bestselling books by Robert Jordan, The Wheel of Time is a new Prime Video series that follows Rosamund Pike as Moraine, a member of a powerful all-female mystic order, as she mentors five recruits on a journey to save their kingdom. This epic tease is infused with fantasy and girl-power as a stirring cue and voiceover narration introduce us to this enchanting tale. The moody poster features Moraine in a flowing cape and ready to fight the wheel of time when the show comes to Amazon on Nov. 19. 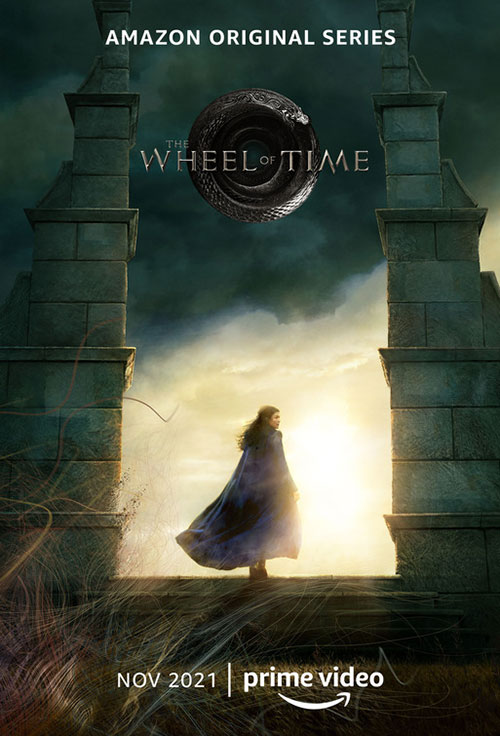 Leave it to Roland Emmerich, the brains behind the disasters of Independence Day and The Day After Tomorrow, to think up the latest cosmic disaster, an out-of-orbit Moon on a collision course heading towards Earth. This tantalizing teaser uses a clip of JFK's famous 1962 speech about his intention to go to the Moon to juxtapose with the film's disaster footage, which results in an ominous warning of what can happen when the Moon gets out of whack. The film hits Earth this February.

Some 22 years after we were first asked "What is the Matrix?" (in one of the most acclaimed teaser campaigns of all time), the franchise has once again redefined viral marketing with its already-legendary interactive teaser. Fans were given a URL where they could make the infamous choice of red pill vs. blue pill, and depending on their choice were led to clips from the film and a read-out of the current time from either Yahya Abdul-Mateen II or Neil Patrick Harris. No two choices led to the same result, as fans were served a seemingly infinite selection of clips teasing all sorts of scenes and moments from the film.

After this mind-bending piece dropped early in the week, heralding the arrival of a full-length trailer, the hype was real to see the rebirth of this beloved humans vs. machines tale. The piece does not disappoint. An appropriate Jefferson Airplane track brings us to the current life of Mr. Thomas Anderson, who once again is questioning his reality. This explosive cut promises that the film will captivate fans old and new, with non-stop action and sci-fi insanity that leaves us asking ourselves, once again, "Just what is the Matrix?" 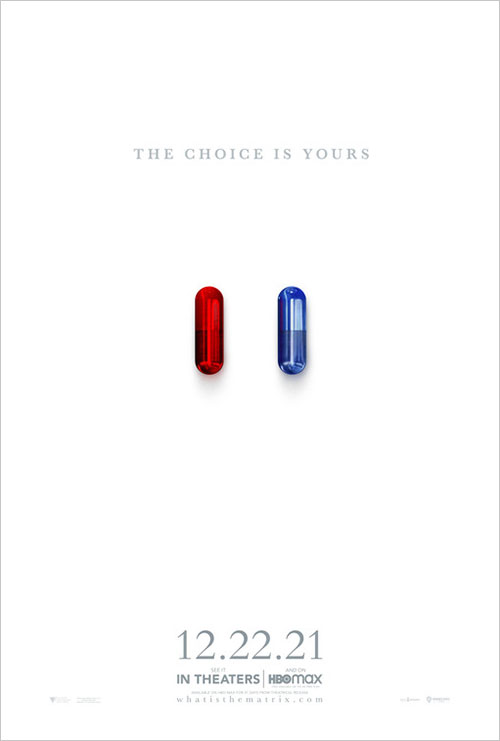