Dave Bautista Paddles In as 'The Streamer' for Disney's Bundle

He streams content ... from a canoe in a stream 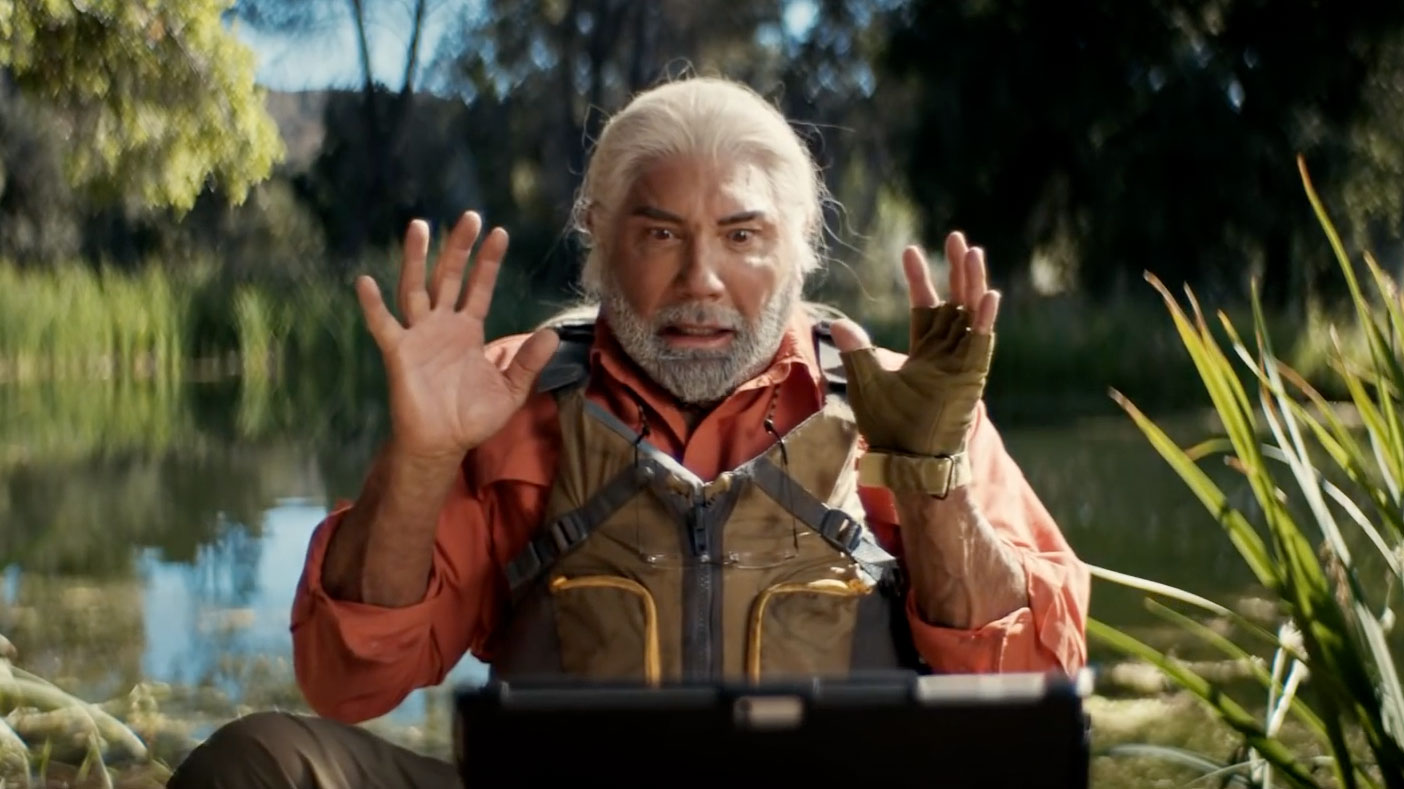 It's Dave Bautista, as "The Streamer," an outdoorsman who binges Disney+, Hulu and ESPN via Disney's $13.99-a-month bundle. Indulging in woodsy wordplay, the amusing character arrives in ads from Erich & Kallman and Arts & Sciences director Mike Warzin.

Dude streams content while lounging in a canoe on a stream. Or camping beside a stream. Or hiking with a stream nearby. And he can't stop saying "streaming," "stream" and "streamer."

Meet The Streamer | The Disney Bundle

It's a hyper-literal, one-note joke, but the lines are impeccably set up and delivered. Again and again and again. By "The Streamer." About streaming. From a stream.

Bautista's sharp timing and understated self-awareness shine through. With flowing locks and bushy beard, he's like a brawny, brand-boosting Father Nature. Or a punny, stream-obsessed park ranger. Either way, when he talks up the Disney Bundle, it's pure gold.

"We were kicking around the idea of a salmon—a talking salmon who knows everything about streams and streaming," agency co-founder and creative lead Eric Kallman tells Muse.

Now, Disney's pretty decent at creating anthropomorphic critters of every stripe, but the media titan insisted that a likable human being should front these commercials.

"So then we said, 'What if it was a guy in a canoe on a stream?' as the streaming puns would still play well," Kallman recalls. "We named him 'The Streamer,' and the rest is history."

Well, not quite history. Yet. But he sure likes Loki:

Of course, Bautista is already part of the Disney family, famous for playing Drax in its Guardians of the Galaxy franchise. In that context, he's up for some scene-stealing Marvel mayhem. Here, his trademark tats covered by makeup or digitally removed, he delivers a subdued comic performance befitting the forest scenario.

"He has this calmness about him," notes Kallman. "You really believe he's been out there, alone in nature, streaming his whole life."

The team filmed on and around a pond at Disney's ranch outside L.A. (It's just like a stream! Sort of.)

"A war movie was being shot on the ranch at the same time," Kallman says. "We had to tell the other production when we were rolling, so they could ground their fleet of Black Hawks and we could record dialogue."

The work breaks during NBC's Olympics coverage, with more installments streaming soon. (And running on TV, too).