From Cry Macho to House of Gucci, See This Week's Trailers and Posters

Plus, one last ride for Brooklyn Nine-Nine

The stars came out in Hollywood this week, and not just your typical silver screen legends like Clint Eastwood, Al Pacino, Sean Penn and Jeremy Irons. Instead, the musical world stole the scene: Gaga, Eddie Vedder, Idina Menzel, Dwight Yoakam, Gloria Estefan and Lin-Manuel Miranda. And if you aren't already star-struck, there was even an appearance from Cinderella and her fabulous godmother!

Whether you have a taste for comedy, musicals, action, romance, fairy tales or family dramas, the stars are aligned. Here are some of the latest trailers and posters.

Clint Eastwood's latest film suggests it's never too late for the journey of a lifetime. Playing a washed-up former rodeo star, Eastwood travels to Mexico to bring back the son of a former boss, and along the way he finds himself. The trailer beautifully captures the essence of the film through the masterful editing, the use of expository dialogue, and the eloquent instrumental cue. The poster highlights Hollywood's favorite cowboy while also drawing attention to the boldly themed title treatment. See Cry Macho on Sept. 17. 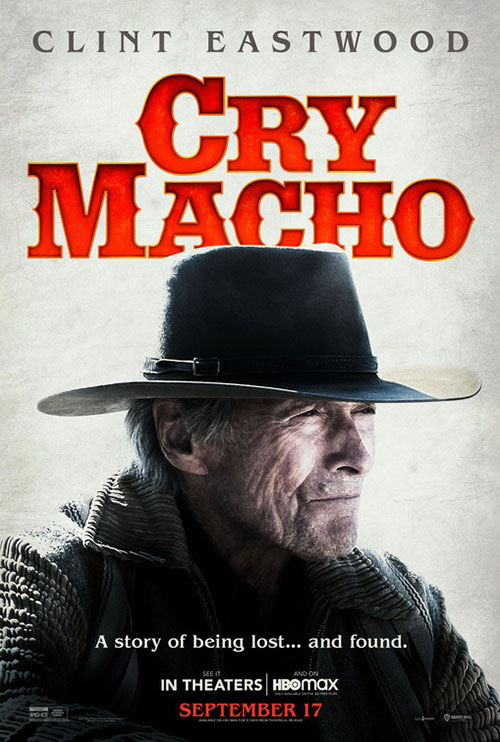 Flag Day is a family affair, directed by and starring Sean Penn and co-starring his daughter Dylan. Based on a true story, it follows a young woman coming to terms with her larger-than-life father, who happens to be a notorious criminal. The trailer is centered around an emotional monologue, which connects you to the heart of the story. The editing masterfully highlights the film's beautiful visuals, and the grainy film quality gives a nostalgic feel like you're flipping through a family photo album. The family ties continue with the trailer's cue, an original song, "My Father's Daughter," performed by Olivia Vedder, co-written by her father Eddie. Join this family reunion Aug. 20.

Are you ready for one last ride? As Brooklyn Nine-Nine comes to an end, the trailer for the final season delivers a melodramatic tone for this epic conclusion—through the black-and-white flashbacks, bold yellow graphics, dramatic music and witty character intros. One thing's for sure, the series may be coming to an end, but there's still plenty of laughter ahead. Also, check out the character poster, starring Brooklyn's most famous landmark, as well as this comedic squad. The end begins Aug. 12. 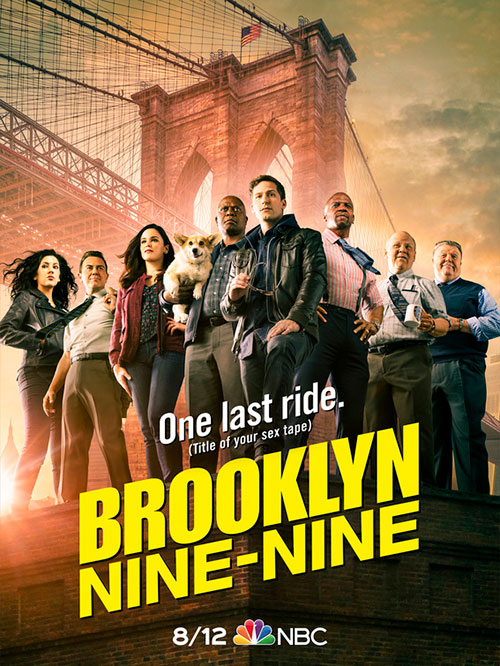 Lin-Manuel Miranda is back, only this time as a kinkajou! Vivo is an animated adventure film centered around a loyal kinkajou's mission to deliver a love song to his owner's long-lost lover. The charming trailer is filled with extravagant colors, uplifting music, quick wit and dream-like graphics. The poster is equally delightful with its wild color palette and dazzling title treatment. The adventure begins Aug. 6. 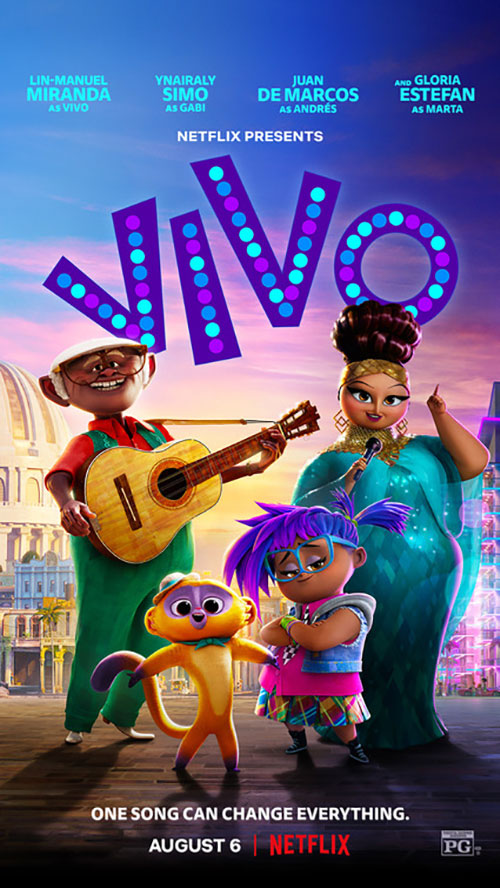 With only 24 hours to live, a CIA operative takes revenge on those who've harmed her, and well, hell hath no fury like a woman scorned. The electrifying trailer is action-packed. The pacing accentuates the thrills, as do the explosive sound design and electrifying graphics. The magnetic color scheme and neon title treatment make it hard to pull your eyes from the poster. See Kate on Sept. 10. 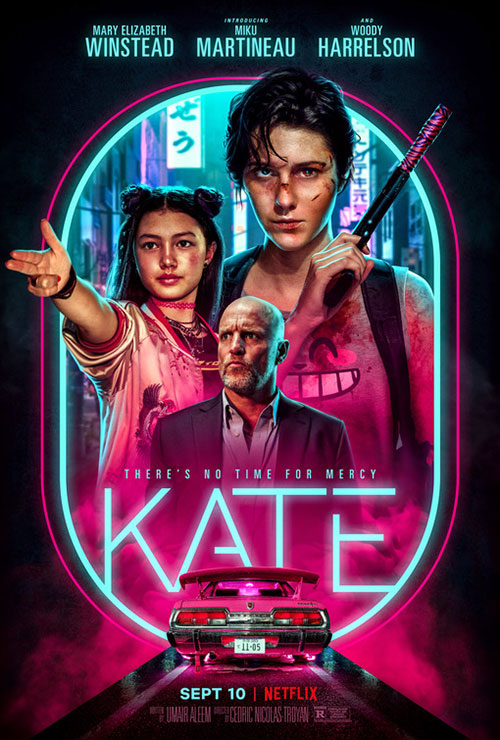 You're cordially invited to a new musical take on the classic tale, which is perfectly fit for a modern audience. Ella is an aspiring fashion designer who must choose between pulling her family out of financial turmoil by marrying Prince Charming or following her heart and creating the life and career she dreams of. The trailer dazzles with a slew of stars gracing the court and stitches in stunning graphics designed with a queen in mind. The poster cleverly insinuates that this isn't your ordinary Cinderella story. See if the shoe fits on Sept. 3. 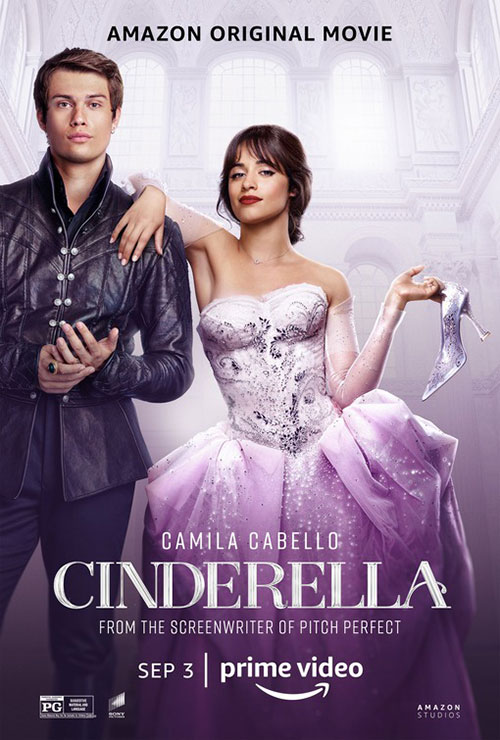 Thank you, Father, Son, and House of Gucci, for this first look at Ridley Scott's latest film. The trailer, cued to Blondie's "Heart of Glass," captures the rise and murderous fall of Maurizio and Patrizia Gucci. The trailer's exquisite editing and stylish graphics, combined with the breathtaking family portrait poster series, help this marketing capture the brand guidelines of exclusivity, appeal, prestige and quality. Visit the House of Gucci this November. 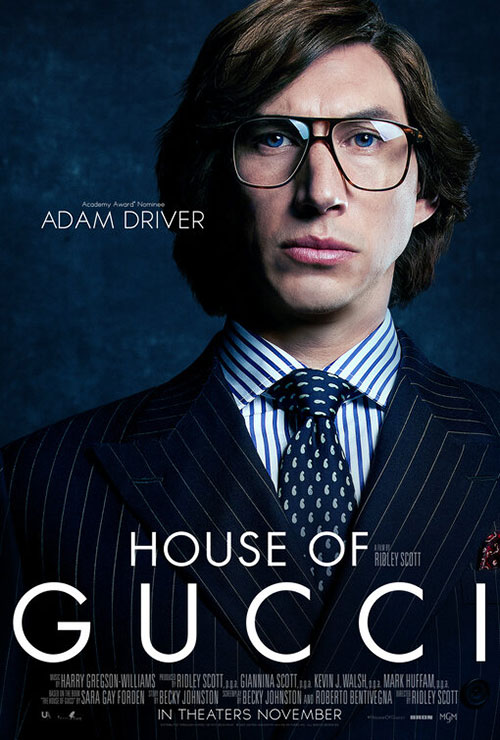