From Cruella to Mortal Kombat, See This Week's Trailers and Posters

Plus, a Biggie doc and the return of Kate Winslet

It was a good week in entertainment marketing to be a fan. Three fervent but very different fan bases had an exciting week as trailers dropped for long-awaited and highly anticipated projects.

First, for the Disney fans was a visit from one of their most iconic villains, as we saw Emma Stone rocking her new black-and-white hairdo and sinister smile for the first time—and, well, if you're a Dalmatian reading this, I'd say it's time to take cover. Next up was a treat for the very active DC Comics fans who had a long-awaited wish fulfilled as they finally are getting a chance to experience Justice League from the director's point of view. And finally, '90s video game fans also got a thrilling peek at the legends of Mortal Kombat as they are welcomed into the new millennium. It appears these heroes have been storing up their energy over the years because they are undoubtedly ready to battle.

Not to fear, hip-hop fans and history buffs, there are things here for you, too. And if you happen to be a founding member of the Kate Winslet fan club, you've also come to the right place. Ardent fan or not, you don't want to miss this week's notable trailers and posters.

The latest of Disney's live-action pursuits is Cruella, the origin tale of 101 Dalmatians villain Cruella de Vil, played by the excellent Emma Stone. This first look at the highly anticipated film kicks off with a confident monologue from the titular villain, accompanied by a lullaby-like melody of Connie Francis's "Who's Sorry Now?" before exploding into the original song. Big drum hits and accentuating horns expertly lead the way for Cruella's debut, and some great cuts illuminate her twisted nature. The piece caps off with light, fire and the extremely effective and chilling proclamation from our villain, "I am Cruella." The striking poster plays with the film's signature color scheme to introduce us to this new version of the fur-loving scoundrel. Cruella comes to theaters May 26. 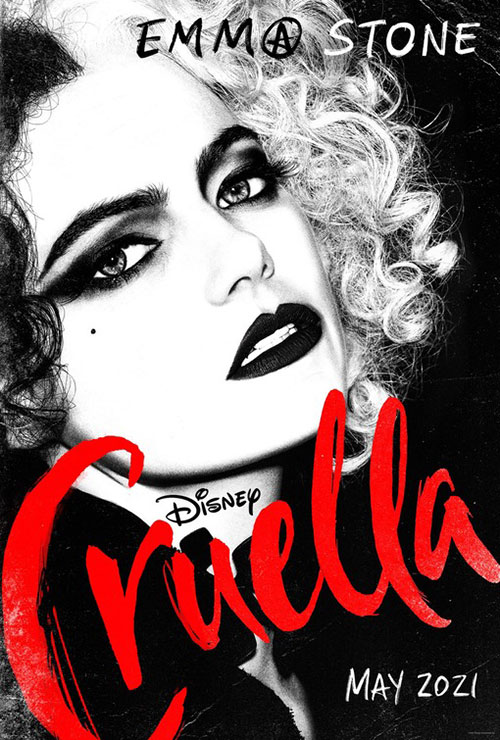 Mare of Easttown is a new limited series from HBO starring Kate Winslet as a small-town Pennsylvania detective. This teaser helps set the scene of Winslet's character's life investigating murders with great expository dialogue and clip selection while still leaving plenty to be discovered. Excellent pacing helps the teaser build into a thrilling close that leaves you ready to tune in when the series premieres April 18 on HBO Max.

For years fans have been demanding that the director's cut of the 2017 superhero movie Justice League be released, and their wishes have been answered, with HBO Max announcing they will release the four-hour, R-rated cut. This new trailer highlights the film's new 4:3 ratio and an epic music bed that builds and builds and helps showcase the movie in a new light. With a few knowing winks to fans, the piece perfectly prepares them for the new epic journey to unfold when the new cut comes to HBO Max on March 18.

Biggie: I Got a Story to Tell

Biggie: I Got a Story to Tell is a new documentary exploring the early life and career of the hip-hop icon Christopher Wallace, aka The Notorious B.I.G. This trailer nicely pieces together a selection of the film's archival footage and interviews with his friends and family to paint a snapshot of Christopher's life tale and the access the documentary will provide to a deeper understanding of this icon's journey. Snippets of Wallace's music are nicely woven throughout the piece and remind you of his immense talent. The symbolic poster peels the layers back on the famous legend. The film comes to Netflix on March 1. 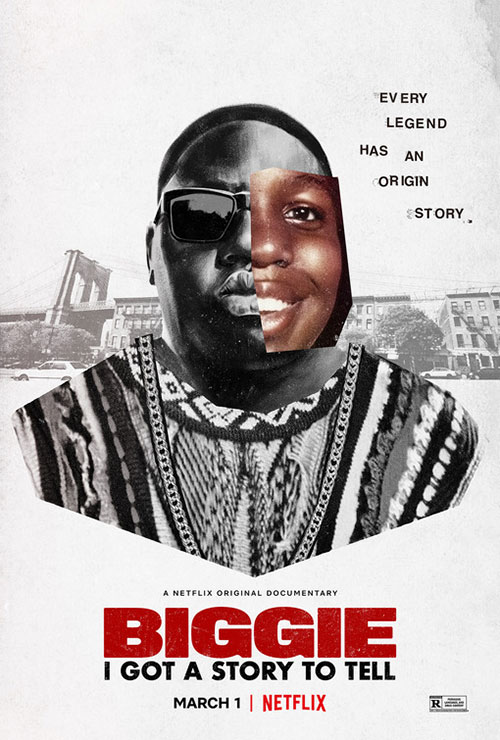 Based on true events, Six Minutes to Midnight tells the story of a British finishing school where Nazi leaders sent their young daughters. Eddie Izzard (who also co-wrote the script) plays a teacher at the school who tries to raise the alarm only to be sent on the run from the police. The trailer drums up the intrigue with sound effects and stirring music, and a cast run highlights the fantastic ensemble with fun typewriter motion effects. The film comes to theaters March 26.

Fans of the classic 1990s Mortal Kombat franchise were excited for a first look at the latest adaptation in this new trailer. The piece expertly accentuates the story of an epic, ancient fighting championship with punchy sound design and dedicated moments to unveil all the characters made famous by the game in their new film form. The piece caps off with an extended fight sequence that clues us in that the same brutal battles that made the game what it is are here to stay in this edition, too. Fire meets ice in the alluring poster. The film comes to theaters and HBO Max on April 16. 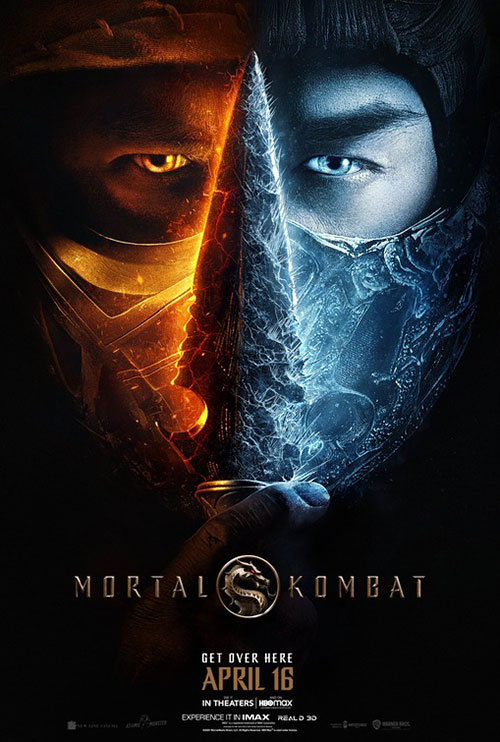