From Comic-Con Releases to Harriet, See This Week's Trailers and Posters

Including a slew of new offerings from HBO

So, San Diego Comic-Con happened, and we had a few big takeaways. First, Jay and Silent Bob are back to mock reboots and that is perhaps my favorite news this year. Star Trek is also back—Patrick Stewart included. Fans went nuts, obviously. Henry Cavill is having a blonde elf moment, and honestly, it kind of works. Oh, and in case anyone was concerned, HBO is going to be just fine post-GOT. Check out their section below.

In other news, Taika Waititi made a satire about a boy with Hitler as his imaginary friend. Mr. Rogers returned to our living rooms for a visit. And as if this week didn't seem bizarre enough, Fred Durst (yes, Chocolate Starfish and Hot Dog Flavored Water, Fred Durst) directed John Travolta in a film about celebrity stalkers.

Folks, we've got it all here this week. Take a look at some of the notable trailers and posters released this week.

A Beautiful Day in the Neighborhood

"It only takes one person to inspire a world of kindness." That's the trailer tagline for A Beautiful Day in the Neighborhood, and it's a good one. Playing all the low notes on the piano at the same time to draw emotion—this is a trailer that knows what it's doing, it makes you feel good. Frankly, that's good branding because that was the magic of Mr. Rogers. Get a taste of goodness this Thanksgiving.

What a welcome blast from the past. As a child of the Kevin Smith generation, there is nothing I look forward to more than a class reunion, and he really brought the whole gang back together for the reboot. The fact that there is now an option for red band trailers for Jay and Silent Bob is pretty epic in itself. Written and directed by Smith, the boys are coming back to Hollywood on Oct. 15.

On Becoming a God in Central Florida

Time to take a trip to the Deep South in this new Showtime drama. The trailer is fantastical in all its Southern Gothic glory. With an all-star cast including Kirsten Dunst, Alexander Skarsgård and Ted Levine. Pour yourself a glass of sweet tea and grab your fan because it looks steamy in Central Florida on Aug. 25.

I'm intrigued to see this next one. Kudos to HBO for its inclusion of foreign works into its lineup. Filmed in Israel, Our Boys is a miniseries based on the events that led to the outbreak of war in Gaza. If the story is as intense as the trailer, brace yourself. Series premiere is Aug. 12.

The trailer for Share will take your breath away as it evaluates the sad reality around teenage rape in our culture. Based on Pippa Bianco's Cannes Film Festival award-winning short of the same name, this feature-length film follows a teenage girl who discovers a disturbing video from a night she doesn't remember. This seems like an important conversation to be a part of. Tune in July 27.

HBO really let Comic-Con have it. Next up is the trailer for His Dark Materials and let's just say, wow, that's how you do fantasy. Based on Philip Pullman's beloved and award-winning trilogy of the same name. The cast includes James McAvoy, Ruth Wilson and Lin-Manuel Miranda. Get ready for a enchanting time this fall.

How do you tell the difference between masked cops and vigilantes? We're about to find out this October when Watchmen launches. Until then, enjoy this trailer, which offers more story and a riotous taste of what's to come.

If your pulse wasn't racing already, enter Westworld. We saw the teaser, and now the story unfolds in the new trailer. The pacing in this trailer is remarkable. I'm pretty sure I felt every heartbeat. Season 3 introduces new worlds and new experiences. Are you ready? The adventure begins next year. 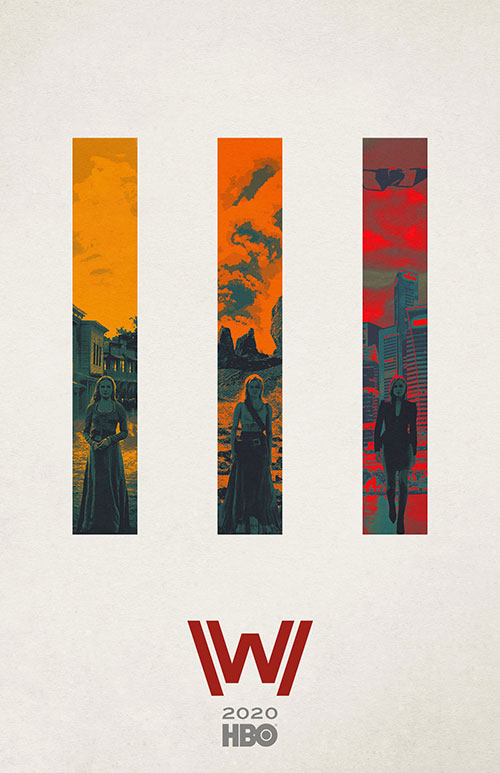 HBO is upping its Academy Award-winning roster this fall when Helen Mirren becomes Catherine the Great. The trailer for the miniseries will have you captivated by two greats. Looking forward to this performance.

The trailer for The Witcher, based on the best-selling series, rocked Comic-Con when it dropped. Witches, elves, fairies, oh my! This enthralling fantasy, which includes Henry Cavill as we've never seen him, looks like must-see later this year.

This trailer had society talking. In a stunning example of the power of storytelling, the series, based on Dr. Lisa Sanders' popular column in The New York Times Magazine, follows patients on their journeys toward finding a diagnosis for their mysterious illnesses. More important, it's a reminder that we're all here for one another. Be inspired Aug. 16.

The motion-graphics and visuals are mindbending in the trailer for Wu Assassins. When a San Francisco chef becomes tasked with keeping the mystical Wu powers out of the wrong hands, sci-fi meets kung fu. The tone of this piece will have your blood pumping. Training begins Aug. 8.

From the mind of Marc Cherry comes Why Women Kill, a new dramatic look at the struggles of infidelity across relationships from three different decades. Prepare yourself for sex, lies and drama beginning Aug. 15.

What is the one thing that could break Comic-Con? A new Star Trek series starring Patrick Stewart should do it. The team reunites in the new trailer for Star Trek: Picard. Let's just say, they were missed. The new mission begins next year.

From the glorious mind of Taika Waititi comes his latest satire, Jojo Rabbit. The story of a young boy in Nazi Germany who has Adolf Hitler as an imaginary friend looks like an intriguing tale on boyhood and nationalism. The teaser will certainly leave you teased. Looking forward to seeing more on this. The film opens Oct. 18. 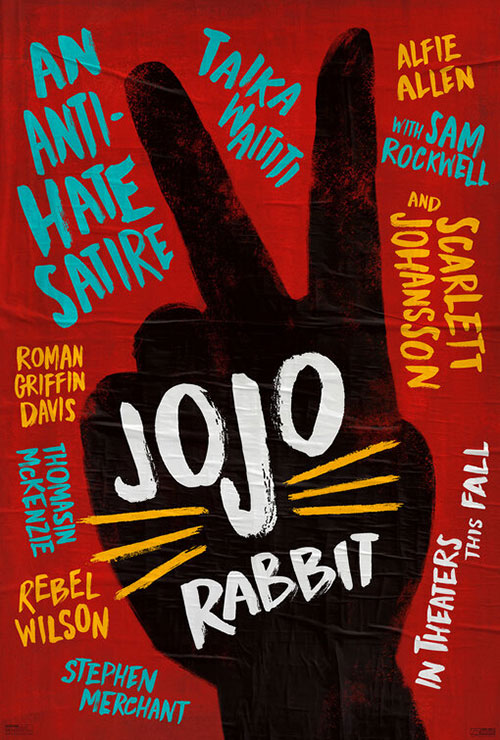 Now here's a heroic adventure, the story of the woman who broke boundaries and led the road to freedom on the Underground Railroad. In the trailer for Harriet, we see the famed story come to life like never before. The key art is pretty phenomenal as well. By far the most remarkable woman to hide in the shadows. Witness empowerment Nov. 1. 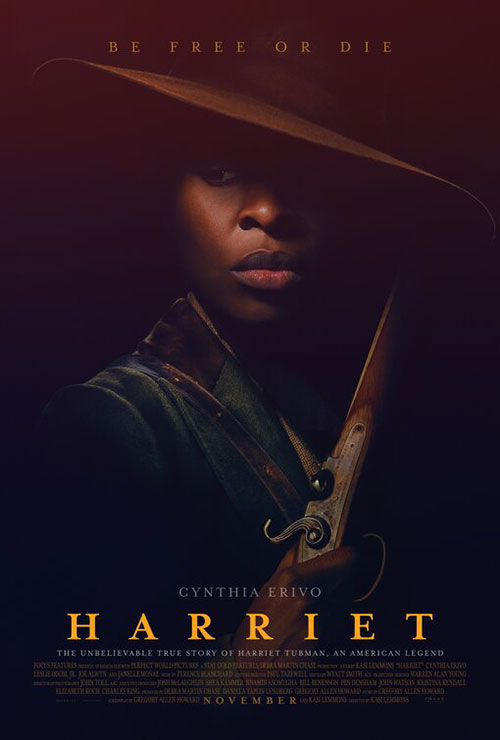 The second trailer for The Goldfinch is here, and it will have you feeling like a phoenix raised from the ashes. The beautiful tune from The National pushes the story along quite nicely. Check out the new key art as well. A lovely glimpse at life before there was a care in the world. The Pulitzer Prize-winning novel comes to life Sept. 13. 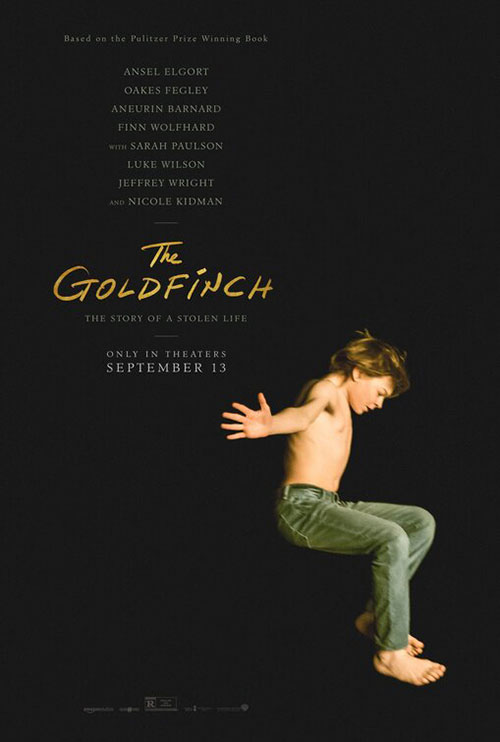 Closing out the week is The Fanatic, starring John Travolta and Devon Sawa and directed by former Limp Bizkit frontman Fred Durst. The story is said to be loosely based on one of Durst's fan experiences. Let's hope this is a very exaggerated version, because it gets pretty intense. Check it out Aug. 30. 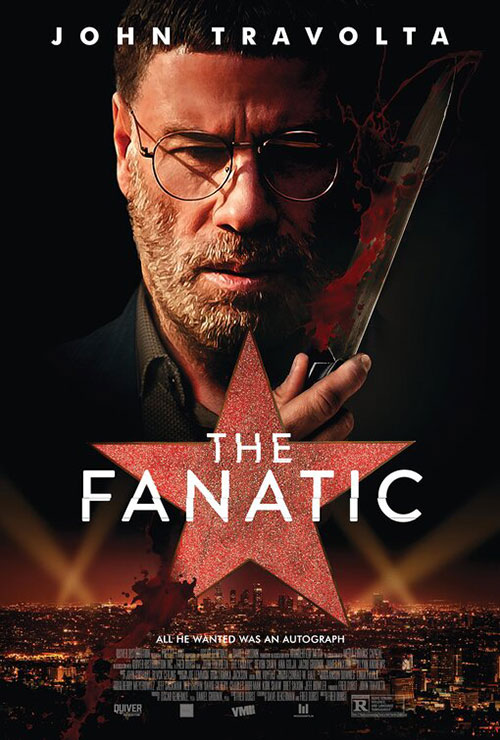