From The Boys to Ratched, See This Week's Trailers and Posters

Plus, the claustrophobic nightmare of Centigrade

It was quite the buzzworthy week in entertainment marketing.

We saw the return of The Boys and their loveable anti-hero ways. Liam Neeson also made his way out of quarantine this week in an action-packed thriller. He's rested and ready to do some serious ass-kicking. Then, nightmares were born with the trailer for Centigrade. What could be worse than being trapped in your car beneath an avalanche, with limited food supplies, while having your newborn in the back seat? You're right, being on the 2020 campaign trail. But that doesn't make the documentary On the Trail any less enthralling.

Things turned lighthearted with a set of twin sisters attempting to balance high school and bounty hunting. Then we imagined what it might be like buying a home and living with four of our single mates—endless party or daily drama? The series suggests a little of both.

True crime fans got their fix by revisiting the infamous Jeffrey MacDonald murder case. Was it a conviction gone wrong? I'm intrigued to find out. Lastly was the magnificent, mesmerizing and mindblowing marketing work for Ratched. The iconic nurse remains viciously delightful. I'm already hooked.

Plenty of fun, thrilling, terrifying and mysterious work to catch up on this week. Here are some of the latest trailers and posters.

The Boys are back for Season 2. They have a new supervillain (posing as a hero) storming the streets, and she's quite the electrically charged badass. The trailer's sound design and editing mount the intensity throughout, but it's the musical cues placed sporadically that really steals the show. The boys are back Sept. 4.

The trailer for Honest Thief is action-packed. When a bank robber is ready to turn over a new leaf and live an honest life, a couple of crooked cops get in his way. Now, he'll stop at nothing to clear his name of murder. Aside from the thrilling action sequences, the trailer's editing style is bold and innovative, breaking the screen into three different shots at one point. Kudos on this craftsmanship, which upped the ante on an already-exciting piece. Check out the poster as well. The angle and motion blur add an element of thrill. See Honest Thief on Oct. 9. 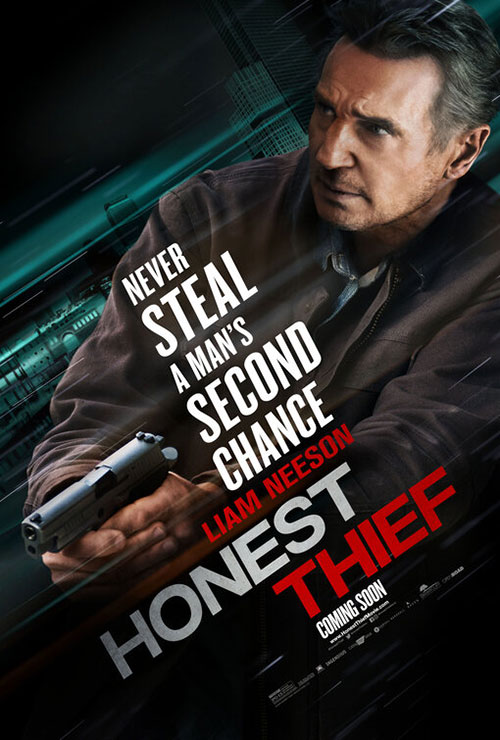 The trailer for Centigrade brilliantly constructs a nightmare scenario in two minutes. Imagine your car being trapped under a pile of snow, while you and your spouse try to care for a newborn, stay warm, stay fed and stay alive. The trailer is perfectly paced. The use of color gradient is most notable—making it challenging to see at points—similar to the experience of a snowstorm. I can't say enough good things about this trailer. See Centigrade on Aug. 28.

Imagine being a high school student and a teenage bounty hunter. As if being a teenager weren't challenging enough! The trailer for Teenage Bounty Hunters is charming and witty, and the music is invigorating, but my favorite part is the design of the title card graphics throughout. I also adore the doodle vibes on the poster. They totally caught the tone of adolescence on this campaign. The series premieres Aug. 14. 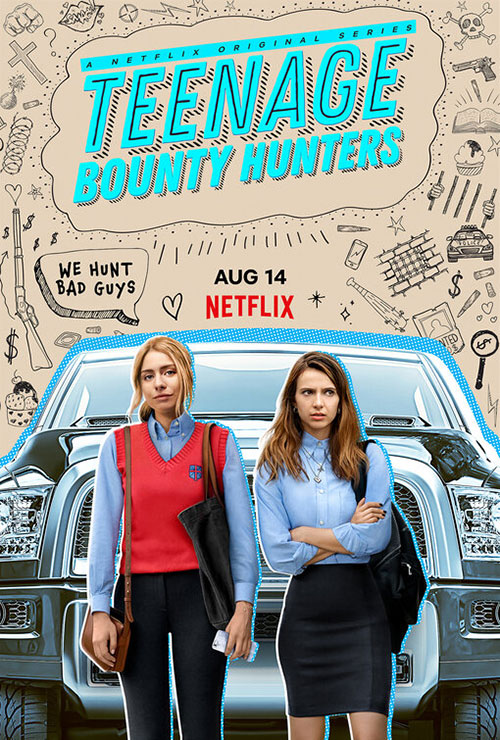 A Wilderness of Error

Based on the book by Errol Morris, A Wilderness of Error is a docuseries that reopens a famous murder case from the 1970s—that of Jeffrey MacDonald, a father convicted of killing his pregnant wife and two daughters in a similar vein to the Manson family murders. The series revisits the plot holes of his conviction. The trailer is gripping, blending interviews, reenactments and news clippings into seamless storytelling. The poster design is also a visual stunner, a collage of clippings and a broken image of the man convicted. Discover A Wilderness of Error starting Sept. 25. 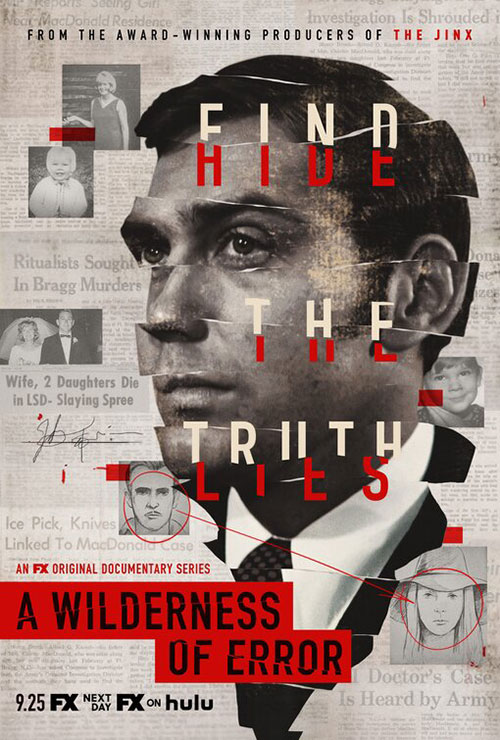 One way to beat the housing market is to buy a house with five of your single friends. That's the plot for the new series, Five Bedrooms. The trailer is cute, relatable and humorous. It does an excellent job of storytelling and character development, mixing in narration, with editing that offers various perspectives. I also appreciate the title card graphics, which feel very welcoming—perfect for a story about building a home. Five Bedrooms begins Aug. 13.

Has there ever been a more tumultuous campaign trail than that of 2020? As if election years weren't challenging enough, let's throw in a pandemic. The documentary On The Trail follows CNN's female political reporters as they cover the 2020 primaries amid a social and economic meltdown. The trailer is riveting and highly engaging. Check out the poster as well. The combination of black-and-white photography and vibrant colors is quite striking and complements the film's journalistic tone. Go On the Trail Aug. 6. 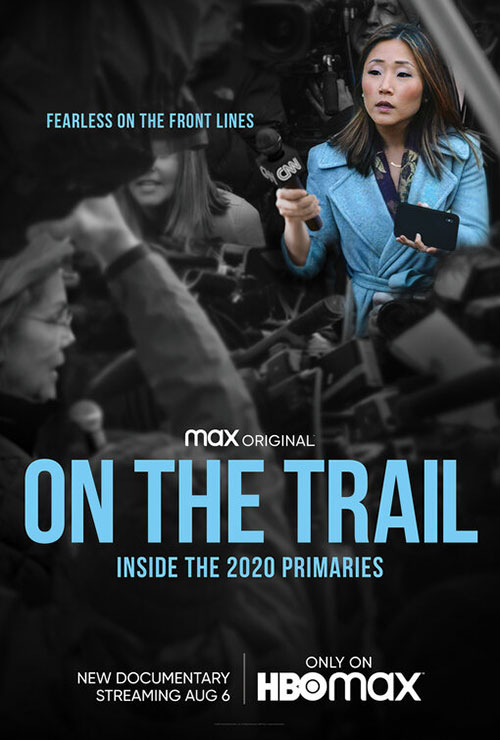 Remember the wicked nurse from One Flew Over the Cuckoo's Nest? Well, she's getting her own series, and it's brought to you by the master of bizarre and terror, Ryan Murphy. The always dynamic Sarah Paulson is taking on the title role. The trailer is mesmerizing—everything about it—the stylization and bright colors, the vibrant and sometimes overbearing music, even the typography used in the graphics. It's manic perfection, and also scary as hell. The stunning poster can't go unmentioned. The use of color and lighting conjures a feeling of evil, and the pristine pose of the character will leave your spine tingling. Ratched premieres Sept. 18. 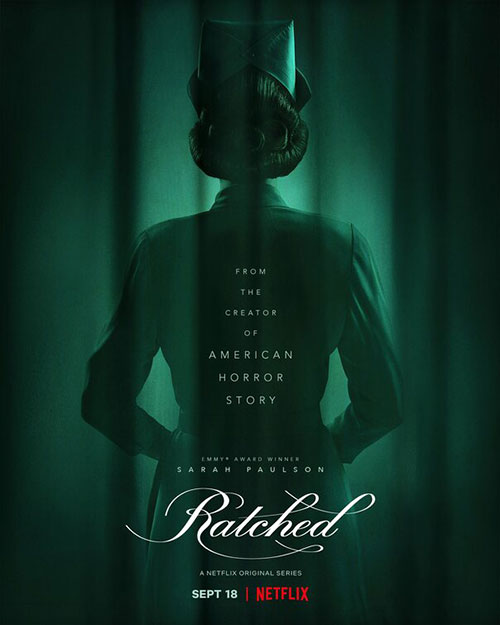