Beyond the Trailer: Why Original Content Is Key in Entertainment

A blueprint for creating next-level campaigns

Entertainment is one of the only industries where audiences consistently seek out its advertising. With always-on social media, this creates a large and active community of fans hungry to be immersed in the world of upcoming releases, willing to share the marketing campaign as an expression of their own enthusiasm and creative tastes.

But amid the explosion of content across films, series and gaming, trailers and screengrab memes can only take you so far. How do you cut through the clutter and keep people engaged up to, and beyond, the launch?

The following approaches show how original creative and custom shoots can innovate traditional marketing beats and increase the entertainment value of your campaign, regardless of your schedule and budget.

Anyone who has shot an interview or cut a featurette knows you end up with hours of unused footage of bored talent answering generic questions about their "preparation for the role." Unless they gained 75 pounds, learned a new language and lived with wolves for three months, the answer isn't very exciting.

A better approach? Editorialize your interviews. Determine with your strategy, PR and marketing teams what talent perspectives will resonate with fans and have your creative partners develop the most entertaining and visual ways to bring them to life. This can be done often within the same schedules and budgets you've already slated for a title.

For example, you can gamify the interview, like Wired's Autocomplete series, which injects a fun hook that reflects their tech-focused brand. Or you can shoot it stylistically, like British Vogue, which expresses their brand's POV on fashion and is always engaging, regardless of the celebrity.

Creating original series that highlight different titles or subjects over time is a great example of marketing as entertainment. Instead of seeking placement outside your own brand ecosystem, you can create and own a digital series as part of an ongoing content strategy.

Branded digital series like Architectural Digest's Celebrity Home Tours or the independent series Hot Ones can draw millions of views in a day. Netflix's social channels leverage their talent's appeal with games like Charm Battle. And Focus Features showcases the art and craft of filmmaking with their travel series Reel Destinations, with host Alicia Malone touring the locations of their upcoming and legacy films. While more production-intensive, this series resonates with Focus's cinefile audience, garnering millions of views across their social channels.

Regardless of the content, platform or budget you have to work with, if the idea comes from real insights about what your audiences love, you'll find (and keep) people you miss with your trailer or magazine cover.

Concepting and shooting a custom teaser takes the idea of marketing as entertainment literally, creating original shorts based on a movie or series. Having collaborated with FX for decades on their show launches, we've seen firsthand how they've elevated this approach to an art form, releasing teaser campaigns before a show's trailer drop that are unified by a singular, provocative and cinematic visual identity.

This approach can serve many purposes: introducing a hot new ensemble cast with a stylish, custom spot (HBO Max's Gossip Girl reboot); reigniting long-time fans' waning enthusiasm by teasing a new premise (AMC's The Walking Dead S10); expressing a brand's voice for a special event (FXX's The Ultimate Couch Campaign); or, to protect fans from spoilers and create maximum hype, withhold as much as possible. (Judging by the comments, this custom NOPE teaser with Steph Curry did exactly that.)

While a single custom teaser may be cost prohibitive, it's important to see how a shoot can benefit an entire campaign. Even a one-day shoot, properly planned, can result not only in a custom teaser, but an entire toolkit of assets unified under one visual idea for use in social, digital OOH, design packages, featurettes and even show main titles, like our campaign for Pretty Little Liars.

In short, being modular creates the biggest bang for your budget.

Fans are loyal, but can also be … fanatic, criticizing even the smallest creative misstep. If Marvel fans can complain about a film's multimillion-dollar VFX, they're bound to notice a poor matte job on your EPK's green screen.

Investing in quality, cinematic shoot creative not only grabs the attention of discerning fans amid a glut of content, but allows for seamless integration of custom footage with clips from the show or film itself, blurring the line between marketing and content. It also garners the respect and interest of filmmakers and talent, who are excited to share the campaign on their social channels, which in turn strengthens the marketing teams' relationships with the talent that drives their brand.

If properly planned, a campaign that includes original content can yield a far more robust, unique and effective campaign even on nimble budgets, unifying creative across all platforms while engaging fans with conversation-worthy content they'll naturally share with others. 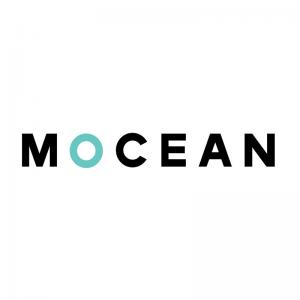