From The Batman to Wonder Woman 1984, See This Week's New Trailers and Posters

Plus, two different Utopias from HBO and Prime Video

There's never a dull week in entertainment marketing, but this was an incredibly impressive one. It kicked off with DC FanDome, which had social media buzzing about the trailer drops for Wonder Woman 1984 and The Batman. I didn't know if an actor made famous for playing a sparkling vampire could pull off the bat suit, but I stand corrected. Well played, Warner Bros.

This week's work also had some star-powered performances from Kevin Costner and Diane Lane, as well as Kate Winslet and Saoirse Ronan. Dare I remind you that Oscar season is right around the corner?

One of the most enjoyable pieces this week was about the sister of Sherlock Holmes. He's great and all, but wait until you meet her! The mysteries continued with a look at Season 2 of The Gift and an imagined Utopia where a group of young adults uncover government secrets and are tasked with saving the world. We also got a look at another kind of Utopia, this one coming straight from Broadway. Then there was The Binge, a laugh riot waiting to happen. Imagine The Purge meets Superbad meets Prohibition.

We wrapped the week with a hefty dose of reality—exploring a worldwide human trafficking phenomenon and the consequences that Trump's wall has on Mexican citizens desperate to escape.

This week's work won't disappoint. Here are some of the latest trailers and posters.

The caped crusader is back, and this time with Robert Pattinson in the bat suit. There's a lot of pressure for a franchise this famous each time you cast a new actor in the title role, but Warner Bros. rose to the challenge and delivered a fascinating first look at The Batman. Fans also got a peek at the reimagining of classic villains, including the Riddler, the Penguin, and Catwoman. As for the trailer itself, if the goal is to excite fans and sell the film, this piece of marketing delivered and then some. Aside from the flawless editing, it was the impeccable sound design and the song choice, Nirvana's "Something in the Way," that made this trailer work so well. Also, the key art can't go unmentioned. With its bold font and colors, the logo looks tarnished and worn, promising grit, which is precisely the kind of hero Gotham needs right now. We may have to wait until 2021 to see The Batman, but fans will be eagerly anticipating every piece of marketing to come. 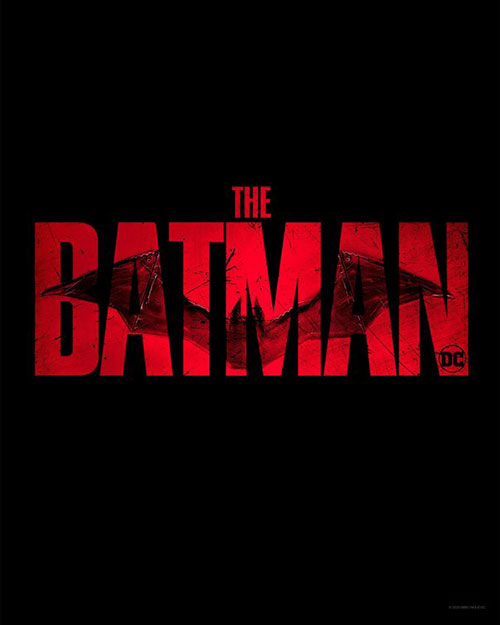 This riotous comedy imagines a world where drugs and alcohol are banned all but one night a year. Now imagine finally being of the age to participate in your first binge. It calls for one helluva party. The trailer is entertaining and filled with laughter targeted to different generations. I also dig the musical choice, a rocking cover of "Because I Got High." The poster is a comedy gem. I love the profile shot, flag design, and most especially, the tagline. The party begins Aug. 28. 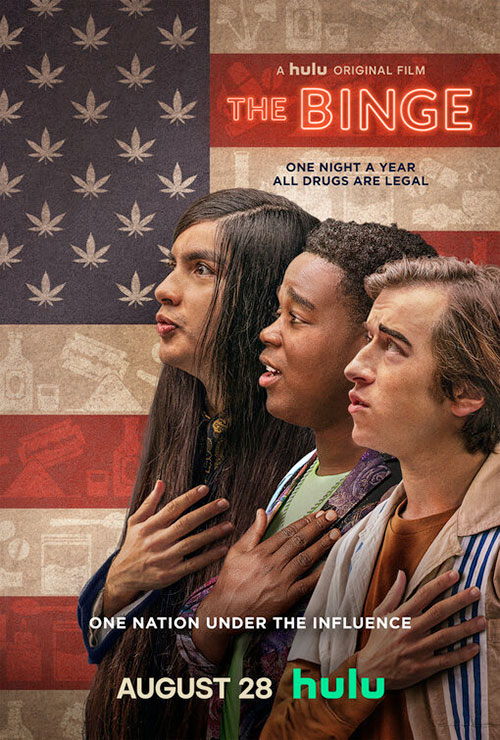 The lights of Broadway may be down in 2020, but the acclaimed show David Byrne's American Utopia has been adapted into a one-of-a-kind film directed by Spike Lee, and it's coming to HBO. The teaser bursts with energy and vibrant beats. What's most impressive is how the bold graphics are orchestrated perfectly on cue. The show will go on Oct. 17.

Based on the critically acclaimed novel of the same name, Let Him Go is a film about a retired sheriff and his wife who try to rescue their dead son's wife and child from her new husband and in-laws. The trailer is rich with story and runs deep with intensity. The inclusion of long scenes that burst with tension will leave you on the edge of your seat. See Let Him Go this November.

Meet the youngest member of the famed Holmes family, Enola Holmes, sister of Sherlock. Played by Millie Bobby Brown, Enola is a spirited young woman who lacked the proper upbringing of a lady of her time—which makes her more endearing. The trailer is humorous and does a great job of introducing the various characters, the music is vibrant, and the title card graphics are simply charming. I adore the poster design as well, from the color scheme to the quirky font and random doodles. Everything about this film seems fun, and for that, I can't wait until Sept. 23. 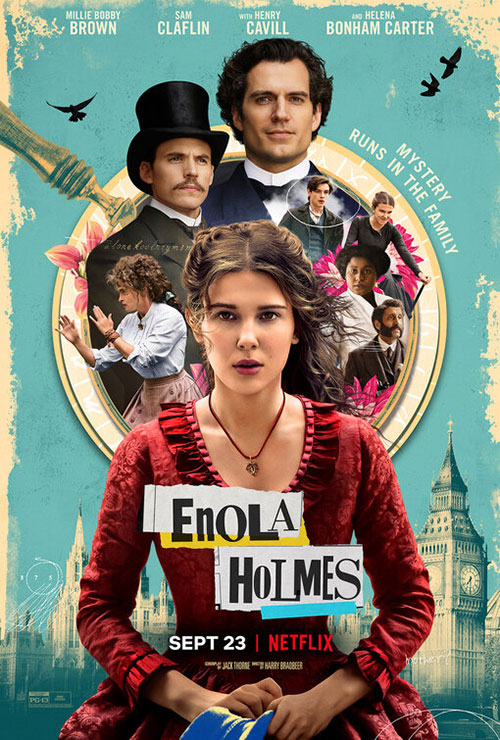 This film tells the story of two women in 1840s England who find comfort and purpose in one another's arms. Kate Winslet and Saoirse Ronan play the leading ladies, and the trailer is stunning, provocative and passionate. The music and sound design really drive the piece, as do the lovely title card graphics. Most striking is the poster design and how the women's faces overlap and transcend into one another. See Ammonite on Nov. 13. 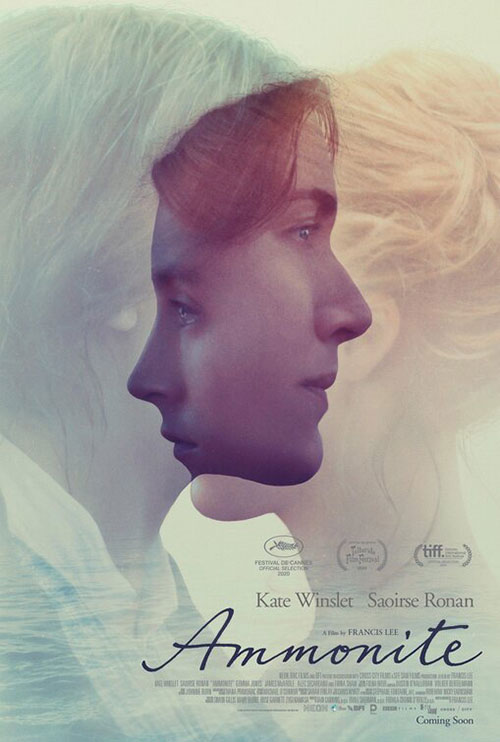 Adapted by Gillian Flynn from the original British series, Utopia is about a group of strangers who get their hands on a copy of an underground graphic novel, which unveils government corruption and requires them to save the world. The trailer is edited with expertise and precision to make sure every visual cue matches perfectly with the music. And what great music it is. R.E.M.'s "It's the End of the World as We Know It" may be 30-plus years old but feels timeless in this piece. Check out the creative poster design as well. I love the overhead photography and the pages of the graphic novel making up the background. The title treatment is edgy with its graffiti-like style. Discover Utopia on Sept. 25. 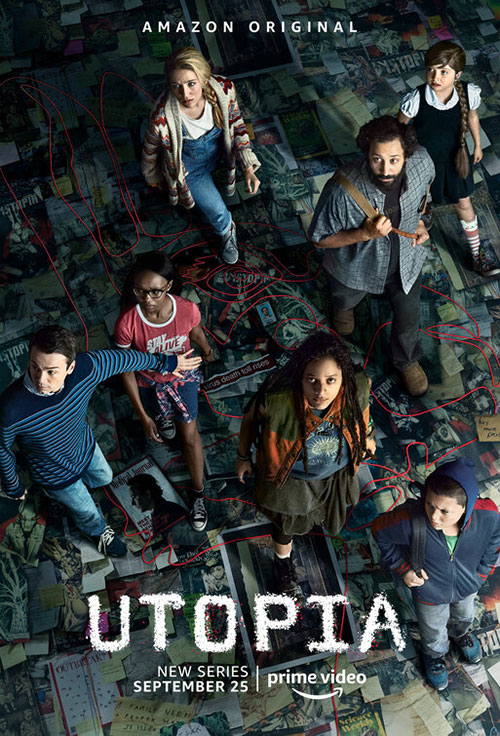 Enslaved is a six-part docuseries detailing the history of the transatlantic slave trade. Hosted by Samuel L. Jackson, the series looks like a powerful and timely piece of world history. Aside from the oceanic-themed title card graphics, the sound design and use of music add a powerful punch to this critical story. Enslaved premieres Sept. 14.

The Gift, a Turkish drama about an Istanbul painter who discovers secrets about an Anatolian archaeological site and its links to her own past, is back for Season 2. The trailer is visually stunning and provides character development and context to catch you up on what's to come this season. Most notable is the music, which does a great job of heightening the intensity throughout. The Gift returns Sept. 10.

Blood on the Wall

Blood on the Wall is a documentary that reveals how U.S. policies have shaped Mexico's corruption and migration tactics. The trailer provides an emotionally jarring look at the lives of those impacted. The music heightens the intensity by interacting with the visual cues. The combination of traditional subtitles and the more prominent and bolder subtitles draws attention to powerful statements leaving viewers with a deeper impact. See Blood on the Wall on Sept. 30.

The world is anxiously awaiting Wonder Woman's return, and luckily, the wait is almost over! To stir fans' excitement, Warner Bros. released a new trailer for Wonder Woman 1984 at its DC FanDome, and it was out of this world. The trailer is action-packed, while still allowing comic relief, and what are the 1980s without the inclusion of some questionable fashion choices—alas, the return of parachute pants. Plus, we got a first look at Kristen Wiig as the Cheetah, and she looks one feisty feline. Also, check out the latest poster. The colors of this campaign have absolutely wowed me. It speaks to the '80s and the boldness of Wonder Woman herself. Wonder Woman will be soaring to a theater screen near you. 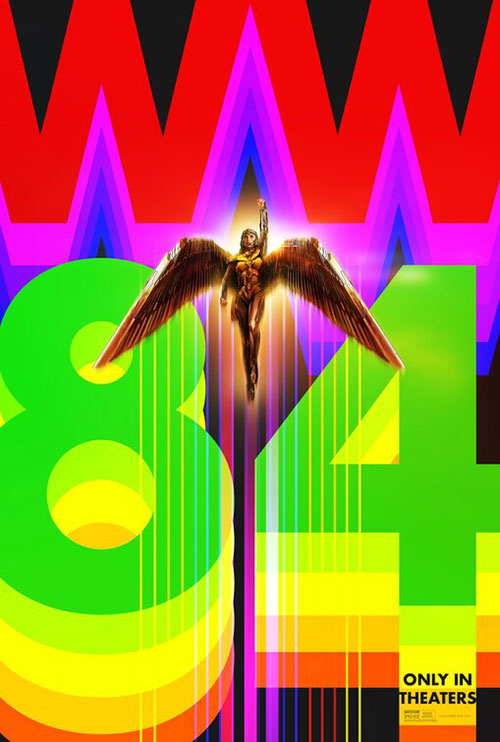