From Bad Boys for Life to Black Christmas, See the Trailers and Posters Released This Week

Plus, a creepy glimpse of Gretel & Hansel

The fun didn't end there. We solved mysteries with Nancy Drew, revisited the best sound-design sequences in cinematic history, and got a sneak peek at a few more award-season contenders.

Of course, things eventually turned dark, as they tend to do during this ghoulish time of year, when we followed Gretel and Hansel into the witch's house. The Grimm brothers really had a way with fairy tales. We also mingled with zombie hunters. Then, for a grand finale, we watched a group of sorority girls being chased and stabbed with icicles by a crazed killer—but this time they fought back!

There's never a dull moment in Hollywood. This week was one wild ride. Sit back and buckle up, because it's time to catch up on some of the trailers and posters released this week.

The boys are back in town, and fans couldn't be more excited for their long-awaited return. The trailer for Bad Boys For Life is everything you could hope for. It's action-packed, filled with sizzling one-liners that only Will Smith and Martin Lawrence could deliver, and the music—a medley of iconic songs—sealed the deal. Bad Boys for Life hits theaters Jan. 17.

Between Two Ferns: The Movie

Here's a good dose of laughter to kick-start your weekend! Zach Galifianakis is bringing his Grand Clio winning web series to the big screen—well, not The Big Screen, but a TV screen near you, which he hilariously points out. The trailer is a riot—filled with awkward celebrity moments and the worst interview questions you can imagine. As the tagline says, "There's nowhere he won't go." Between Two Ferns: The Movie comes to Netflix, not theaters, Sept. 20. 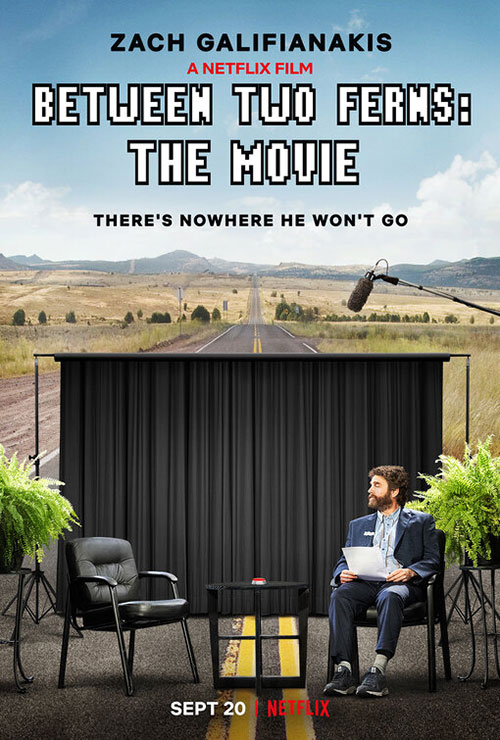 The trailer for Waves is an experience in itself. The cinematography cut exquisitely to draw emotion, mixed with the musical selection "Godspeed" by Frank Ocean, takes your breath away just like a wave. The story feels rich, and according to the reviews mixed in, this is a film you don't want to miss. Waves hits theatres this November. 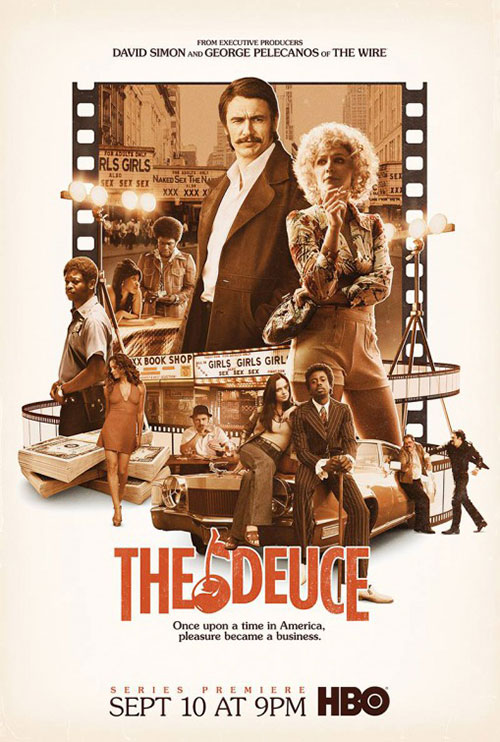 The visuals on this teaser are insane—the slo-mo and the dynamite motion-graphics grab the viewer instantaneously. I saw it first on social, and I couldn't keep scrolling. It demands your attention. Bravo for this kick-ass tease that pushes the boundaries and the craft of trailers to the next level. The Walking Dead returns Oct. 6.

The trailer for Just Mercy tugs hard at the heartstrings. This story about finding justice in an unjust racist system looks like a motivational and eye-opening cinematic experience. Also, Andra Day's "Amen" surrounded by this powerful story will leave you tingling. Just Mercy arrives in theaters this December.

This trailer is mind-blowing. I watched it twice, and I could probably watch it 10 more times without getting bored. It's colorful, humorous, it's part animation, part live-action, but most of all it's freaking fabulous. FXX changing things up again—kudos to the network for its continuing fearlessness to keep knocking down the boundaries of normal. Enjoy some Cake on Sept. 25.

With live-action fairy tales being among the latest industry trends, Orion Pictures is getting in on the action with a fairy-tale classic that we know takes a horrific turn. The trailer for Gretel & Hansel is filled with remarkable cinematography and fast-paced editing that will keep your heart racing throughout. If the trailer weren't petrifying enough, check out the key art—it casts a spell on you, bewitching you with its errieness. This is a fairy-tale rendition audiences won't likely soon forget. Follow the crumbs to theaters on Jan. 31. 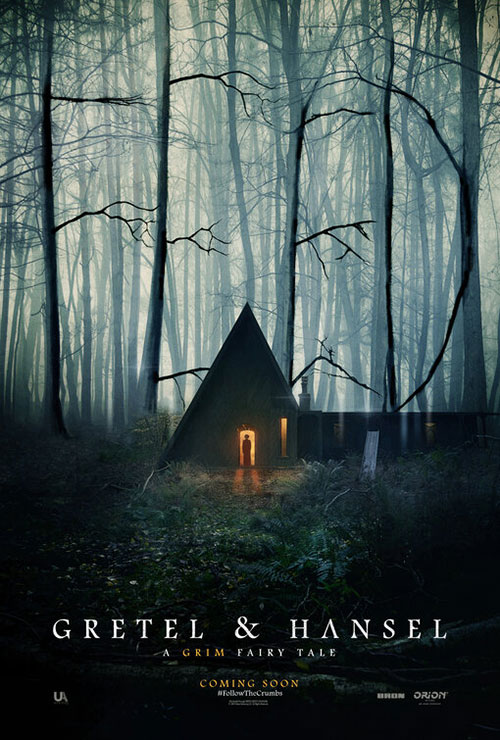 The new teaser for Nancy Drew is stunning. The striking animations mixed with the voiceover will have you falling for it from the second you enter. Watch Nancy Drew uncover her next mystery on Oct. 9.

We saw the teaser, and now the trailer for Jojo Rabbit has arrived. The trailer for Taika Waititi's satire of Nazi Germany brilliantly juxtaposes war and childhood, and the confusion of morality with both. Also, the music selection is top-notch. Check out the new key art as well—it's impressive how you can get to know each character through one image. See Jojo Rabbit on Oct. 18. 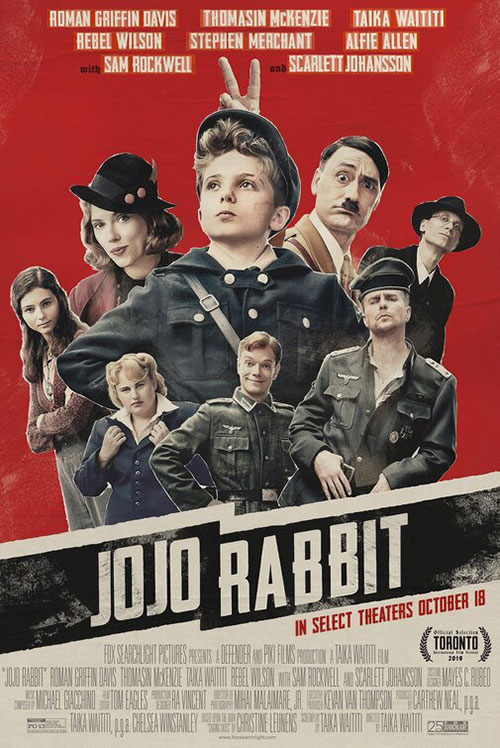 As a cinephile, I vote this the coolest trailer of the week. The trailer says it best: "Sound is still the best way to experience emotion." We see that every day in filmmaking and trailer editing. Sound is key. This trailer looks at some of the famous examples of sound design in cinematic history, exploring the evolution of the craft. Obviously, the sound design in this trailer is killer. Making Waves: The Art of Cinematic Sound hits theaters and VOD on Nov. 1.

Christmas is getting a horror makeover with the resurrection of the classic film Black Christmas. What's different this time? From the looks of the trailer, a stronger story with an empowering female twist for 2019. The sound design creatively drives the scares in this trailer, as well as the famous Christmas carols, which have never sounded so frightening. The key art is everything. In the first poster, the blood-drenched candy cane sets the horror tone. In the second poster, you're inspired by the girl power, which is a refreshing feeling when it comes to the horror genre. Blumhouse and Universal invite you to celebrate Black Christmas on Dec. 13. 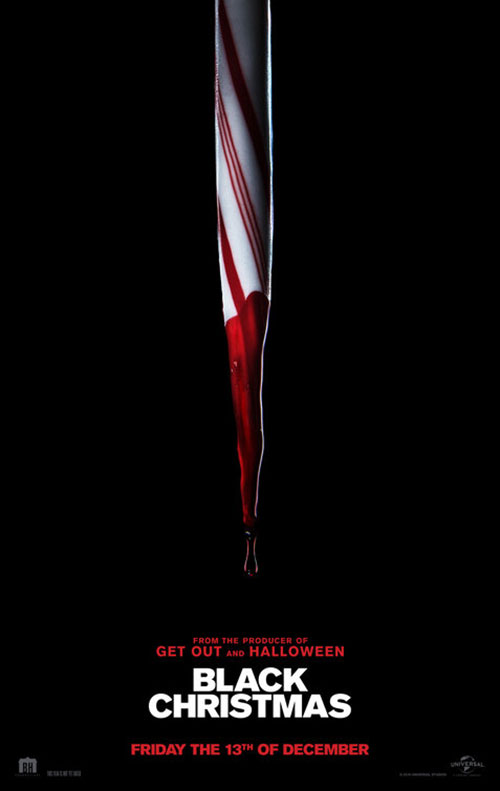 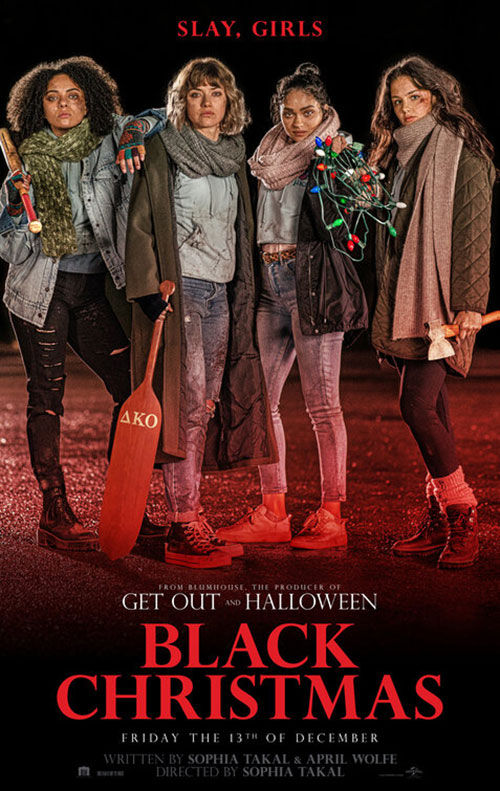