The Art of the Movie Trailer: Chris Walter on The Force Awakens

How Disney set a new bar for reviving a franchise

It's not easy to relaunch a franchise. It's even tougher when that franchise is Star Wars.

In 1977, the original Star Wars movie broke nearly every box-office record and made film merchandising the norm. Each sequel that followed perpetuated the fever, spreading across generations and becoming a hereditary rite of passage. Star Wars even has its own day, May 4—aka, May the Fourth, as in "May the Fourth be with you." And each Halloween, men, women and children dress up as Luke, Leia, Yoda, Han Solo—characters introduced over 40 years ago.

It sounds like a studio's dream. And it is, so long as you meet the fans' expectations.

In the late 1990s and early 2000s, fans were largely disappointed by Lucasfilm's prequel trilogy, and they used a then-new technology platform, the internet, to share their displeasure. So, in 2012, when Disney bought Lucasfilm for $4.05 billion and said it would make another trilogy, there was plenty of trepidation once again among fans.

Criticisms dogged every step of the production of The Force Awakens, from the casting to the suspected storyline to the appointment of director J.J. Abrams. Anticipation—good and bad—exploded around the globe. And with social media, fans had another new soapbox.

Disney, though, knew its audience, which included multiple generations, and indulged fans every step of the way. The result was one of the most memorable marketing campaigns of all time. From Comic-Con symphonies to an endless slew of creative partnerships to the merchandising extravaganza of "Force Friday," Disney showed what a creative and innovative film marketing campaign could look like.

At the core of it were the trailers.

An 88-second teaser was released in November 2014, more than a year before the film's release date. A longer teaser was famously unveiled in April 2015 and was broadcast live on YouTube, StarWars.com and in movie theaters from the Star Wars Celebration in Anaheim. ("Chewie, we're home," Han Solo says at the end, as the pair are glimpsed in one of the most famous moments in trailer history.)

But it was the third trailer, released in October 2015, that gave a fuller preview of the film, with fans watching together—in awe, and perhaps some relief—as a galaxy far, far away came back into focus.

In the end, Disney didn't disappoint. The new film broke its predecessors' records and set a new bar for how to revive a franchise. This week, Muse chatted with Chris Walter, head of AV at Lindeman Associates, about the ultimate marketing force of that film's campaign—the third trailer.

Muse: Do you recall the first time you saw this trailer?
Chris Walter: Yes, I was [a trailer editor] at Universal. I watched it several times over. At first, I was a kid looking to revisit the world I remembered. Next, I was an industry professional, wowed by simple and tight storytelling.

This trailer formally introduced the audiences to the most ambitious undertaking—the relaunch of the Lucas cinematic universe—that I've ever witnessed. It was a ballsy move to continue the story of Star Wars. This was particularly precarious because of the collective disdain for the prequels. How do you move the story forward with new characters while remaining true to the original? The team at Disney made something special. They created a new voice, a new marketing brand to sell this film. The day this trailer was released, there was a worldwide gasp of relief. Our beloved story is back, and it looks so good!

What about the trailer stood out to you most?
This trailer created a language that set the tone for all the new Star Wars marketing. Every film in the series has continued this language and built upon it. The strength of voice in this trailer, along with the visual/audio style, put a face on the reborn franchise. This trailer was amazing, but its lasting effects would not be fully understood until the subsequent films were released. Look at each modern Star Wars trailer—this one is the genesis of them all. 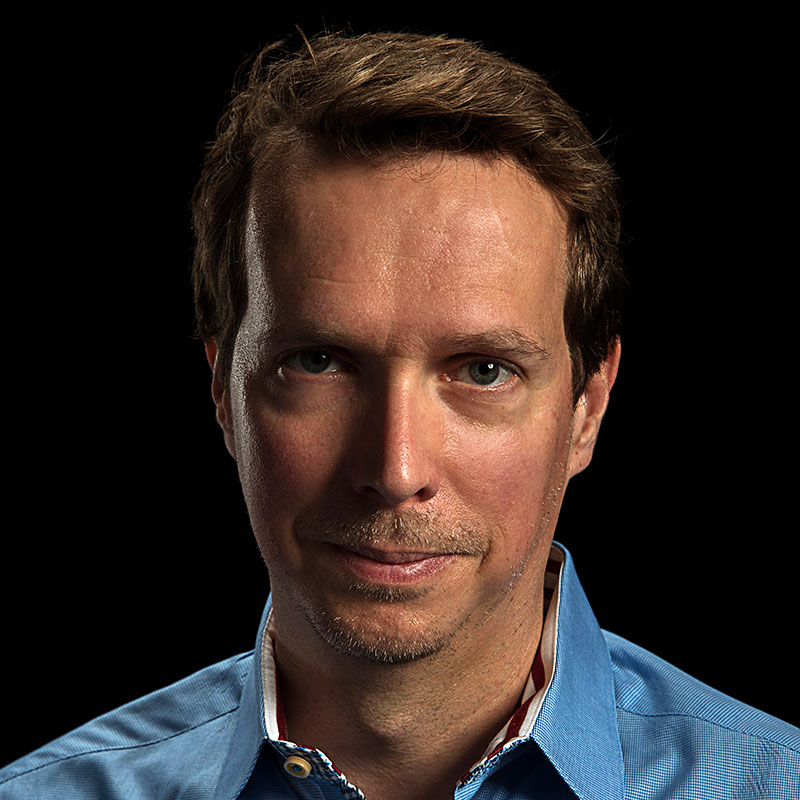 What elements of the trailer still inspire your work today?
The pressure on this franchise was immense. There were 4 billion reasons why Disney's Lucasfilms purchase needed to work. This trailer was the first real window into the new flagship property, and they nailed it. It is epic, and it is restrained. There is a quiet swagger about it. There's potential to let the pressure dictate a loud and splashy blaster-fest, but they held back. That restraint reassured the audience … we got this. You're going to love it, and we don't need to yell. That inspires me.

How did this work move the needle on entertainment marketing?
This was the most-viewed trailer of all time. It won awards, it went viral, it was spoofed, and it was copied. The DNA of this trailer lives on in the marketing for every Star Wars and Disney live film. Special notice also has to be given to the music. Disney used the original Star Wars score but re-imagined it. This plays heavily into the accessibility of the marketing. There is an instant connection because we all know the classic themes. Speaking to music companies, they point to this campaign as the start of a new wave of original composition in movie marketing. This campaign inspired art! That's how wide the impact has been.

Was the creative person behind the work someone you knew or got to know in the industry?
I am lucky to know the talented team behind this trailer. Jackson George, the marketing executive overseeing all of Lucasfilm for Disney, was the calm leadership for this campaign. I know Jackson from his time at Universal. He is funny, kind and a powerhouse of creative. When you work with Jackson, it's a good day. Josh Dunn, the co-editor, and I also go back to Universal. Josh is as talented as he is genuine. He's quick to share credit, encourage his peers, and he's just a damn-good guy. Love him! Brent Rockswold, the co-editor, and I met later at Disney. Brent is humble but shouldn't be. His reel is a greatest hits of movie marketing, and he's also a top-notch person. Finally, I have to mention Ted Tobin … the father of "The Hive" at Disney. Ted worked closely with Frank Chiocchi to create Disney's in-house division. Ted is the common denominator to The Force Awakens campaign. It all happened under his watch at The Hive.

Q: The Force Awakens was the first film in the Star Wars franchise not to be released in which month?
A: May.

Q: When did the "May the Fourth be with you" saying originate?
A: On May 4, 1979, the day Margaret Thatcher took office as the British prime minister, a congratulatory ad appeared in the London Evening News that read, "May the Fourth Be with You, Maggie. Congratulations."

Q: Which beloved Star Wars characters have appeared in every film in the franchise?
A: R2-D2 and C-3PO.