Near-future shocks from The Big Now/mcgarrybowen

Players commit racist, xenophobic hate crimes as part of a high-tech game in "B∙52," a short film sponsored by the Italian arm of Amnesty International.

Developed pro-bono by agency The Big Now/mcgarrybowen in Milan with its production affiliate The Big Angle, the seven-minute cautionary tale dropped on March 21 to coincide with the International Day for the Elimination of Racial Discrimination.

Director Flavio Nani spins a chilly, chilling dystopian web, as socially networked perps sporting smart-specs get their kicks by brutally assaulting immigrants or anyone they choose to identify as "the other."

The film's ambiguous ending implies that anyone in this over-connected, desensitized world, even the predators, might become prey. Violence forms an unending cycle—unless people take responsibility for making the world a safer, saner place.

"It clearly tells that hatred may turn back on those who spread it," says Amnesty International rep Riccardo Noury. "It reminds us how easily the line between hate speech and hate crime can be crossed."

As society struggles under the coronavirus pandemic, the story takes on added significance, particularly in light of attacks on Asians amid remarks by public officials and headlines in right-wing media referring to COVID-19 as the "Chinese virus" or "Wuhan flu." An Asian character's appearance near the film's conclusion as a possible target is particularly unnerving, and the setting resonates as the pandemic takes a devastating toll on parts of Italy.

Director Nani, whose commercial work for Sancal and others boasts a futuristic vibe, generated the idea and enlisted writers Alessia Rotondo and Marcello Ubertone to help with the script. The trio presented the project to The Big Now/mcgarrybowen, which subsequently shot the film and proposed it to Amnesty International for sponsorship. 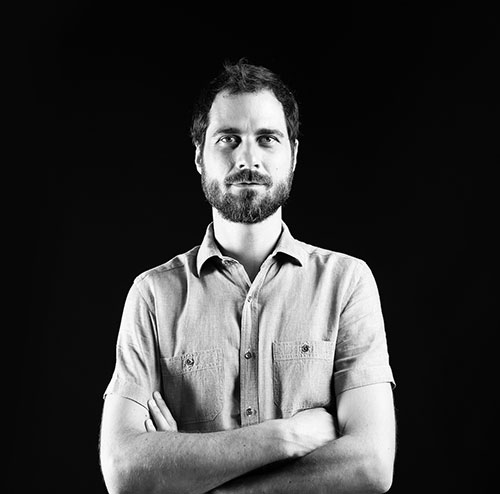 "The message of the movie is very simple: Racism is damaging. Also, it could be a boomerang," with anyone a potential victim, Nani tells Muse. "Unfortunately, more and more people believe that we have to find the cause of our problems in people who are different from us. We would like the audience to come to the conclusion that fighting racism and hate crimes is a crucial matter for the evolution of our society."

He adds: "This is a close to a zero-budget project. Almost everyone involved decided to work on this because they believed in the cause."

Nani's team spent several night scouting for a suitably "futuristic" location in Milan ahead of their three-day shoot at the start of February, but wound up filming in the last place they expected.

"I was looking for something with a unique vibe, but not too complicated to manage in terms of lighting," he recalls. Ultimately, "we realized that we had the perfect place under our eyes every single day. That 'futuristic' location is the entrance of the Dentsu building in Milan, where our head office is based."

During post-production, the reality of living and working under COVID-19 reared its head.

"We were already in full lockdown," Nani says, "[so] the recording session with the singer was entirely managed on Skype—no studio session, no recording room, just good bandwidth."

"B∙52" lives on Amnesty International's Italian website and social feeds, and it will air on Sky on Demand for 30 days. Over the weekend, various digital platforms and TV channels in Italy screened the film.