That Tiny Pocket on Your Jeans Is Perfect for Aspirin, Says Bayer 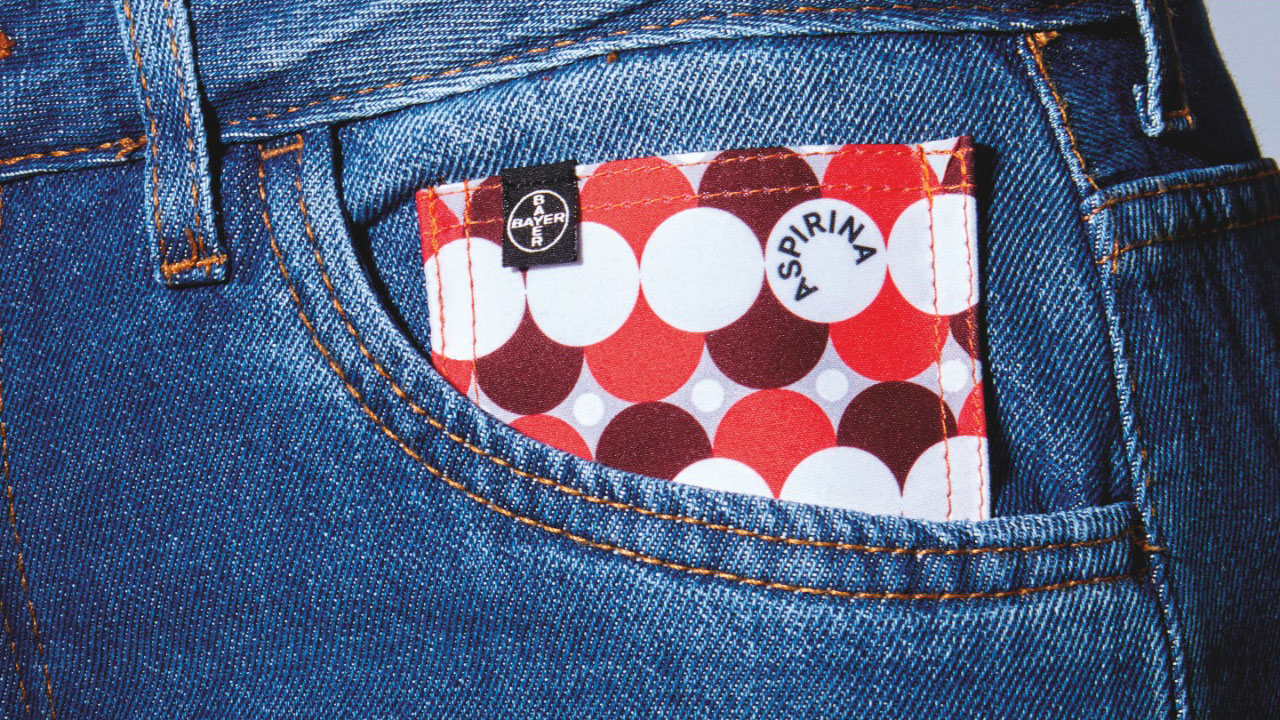 When you think about aspirin, what's your first thought? It's likely about an older audience and how taking one daily can reduce the risk of a heart attack or stroke.

In Brazil, however, Bayer is targeting a younger audience while also finding ways to use that tiny pocket in your jeans. The one originally meant for men's pocket watches in the late 1800s now has updated purpose—to carry aspirin.

The brand teamed up with AlmapBBDO and Brazilian fashion brands Amapô, Lilly Sarti and Oriba to create custom jeans with eight different colorful pockets where Gen Z can store aspirin. For this group, Bayer wants to position aspirin as a self-care necessity to have on hand in case a headache, muscle pain or something more severe strikes.

Revamped jeans ran on the covers of Brazilian Vogue and GQ, while an online fashion show highlighted models walking the catwalk in denim with stand-out pockets. 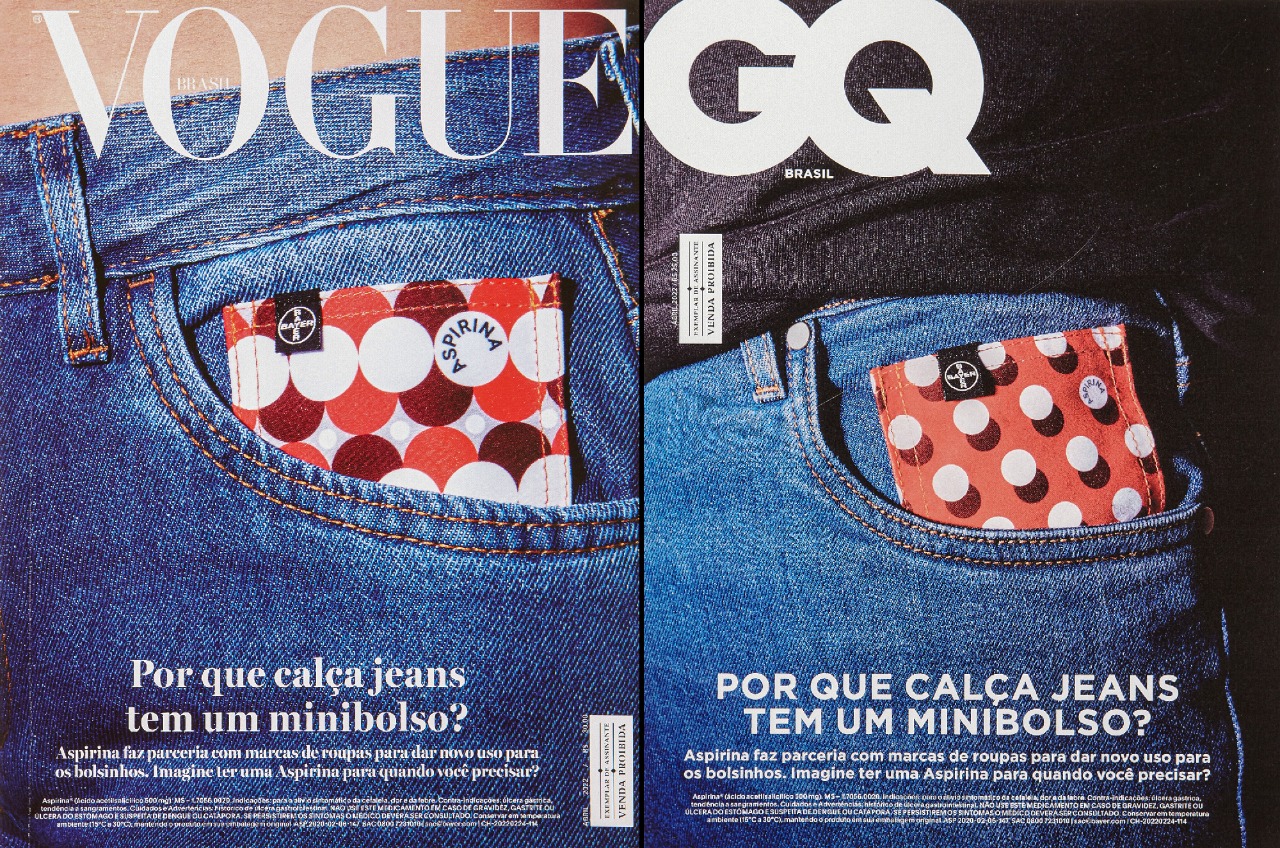 We spoke with Pedro Corbett, creative director at AlmapBBDO, about using influencers to connect with the target audience and combining fashion and pharma when Brazilian legislation eschews this.

Muse: What was the brief?

Pedro Corbett: We had to create a campaign that talked about the importance of having an aspirin with you whenever you need it, and at the same time, bring a brand with more than 120 years closer to this new generation.

How did you come up with this idea to use tiny denim pockets to hold aspirin?

We wanted people to understand the importance of having an aspirin always close by. One of the best places to always have something with you is your pocket, so we started thinking about it and remembered that the smallest jeans pocket no longer had a specific function. Then we decided to create a new one for it because an aspirin fits perfectly in there.

Who designed the custom pockets?

The patterns were created in Almap's own design department. The base for all of them was a white circle, which refers to an aspirin.

Which influencers did you partner with and send product to?

We sent the pants with the mini pockets to more than 40 influencers like Myllena Dalla, CelsoDossi, Bic Müller, Mateus Siqueira, Emma Araujo, Stefanie Gelimbert, Gina Indelicada and Nazare Amarga. We asked some of them—Luciana Gimenez and John Drops—to create their own tiny pockets.

Will any custom jeans be available for purchase?

Brazilian legislation does not allow fashion items with pharmaceutical logos to be offered for sale, so the jeans were distributed free of charge to influencers and displayed in stores without being able to be purchased. It's why we put paper tags talking about the new use of the jeans' tiny pocket in the other pants for sale.

How many pairs were created?

We created eight different tiny pocket patterns. We initially produced about 100 pairs of trousers to be sent to influencers and opinion makers. The idea is to make people look at the pockets of their own jeans and remember the importance of always having an aspirin close by. For that reason, one of the actions with influencers was to invite them to create the designs of their own tiny pockets, the way they wanted, with pins, sewing thread, etc.

Were there any challenges in creating this?

One of the most important was making a piece of clothing with the logo of a pharmaceutical company without breaking the law. For this, we created leather tags on the back of the trousers with a visible medicine leaflet.