Tap Champions Steal the Spotlight in G-Star's 'Rhythm of Denim'

Has the dance ever felt this raw? 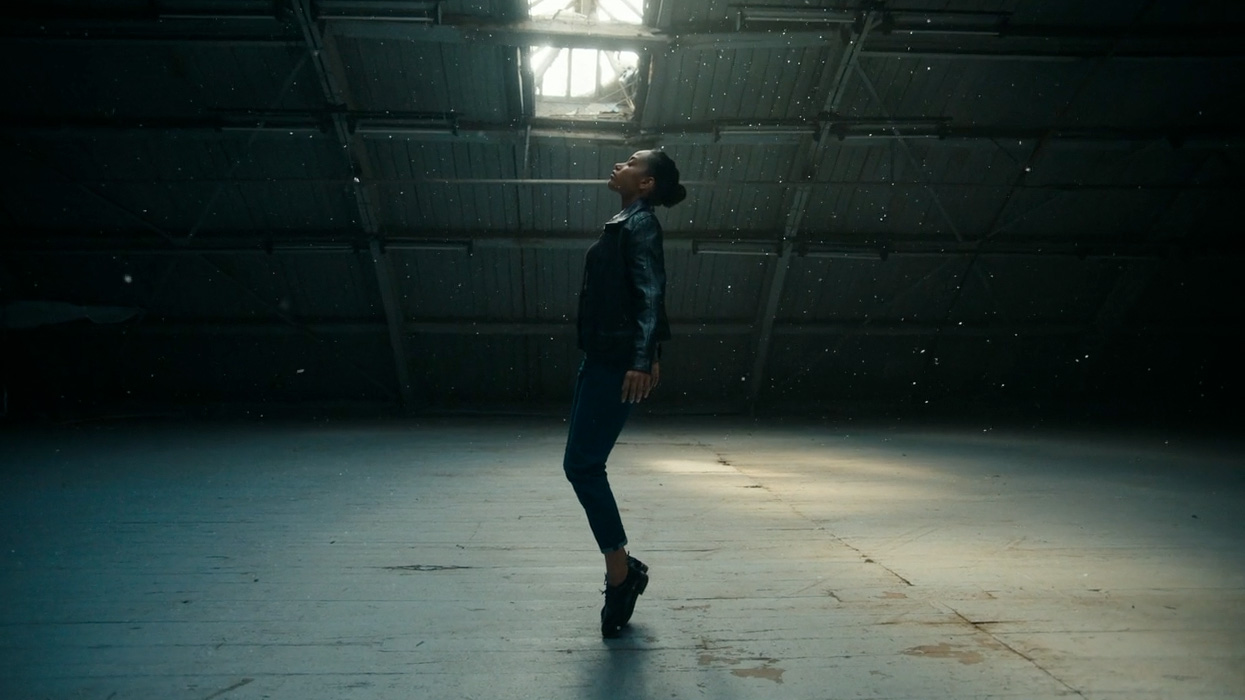 In an ad that feels like a tall glass of water, world tap champion Kamira Samuel faces off with broadway performer Lee Howard, mimicking the musical style of call and response, for the fashion brand G-Star.

Choreographed by Jack Evans, with a perfectly wrought track by music studio Sizzer, the two are at separate ends of a building, then become aware of each other as one taps and the other answers. What follows is an intense and silent face-off of rhythm and skill.

G-Star RAW - The Rhythm of Denim

"The Rhythm of Denim" was conceived by The Family Amsterdam and directed by Paul Geusebroek of Halal.

"Tap dance has a bit of a classical and stuffy image, so I saw it as a great challenge to portray it as something contemporary and unpolished," says Geusebroek. "What inspired me in the initial talks with Joris at The Family is that tap is the only auditive dance that we could think of. We came up with the idea that tap sounds could form a conversation, a calling between two people that don't have to physically see each other."

The battle ends with a sublime en pointe by Samuel, who seems to defy the laws of gravity for eternal seconds as Howard taps around her with growing fervor. When she lands, the room fills with other dancers, maintaining the established level of intensity but spreading it outward in a way that feels near ritualistic. Samuel and Howard find themselves at the center, slower-moving now, as they draw nearer.

The room empties and they are suddenly alone again … but their unspoken relationship has completely shifted. A universe of dialogue has happened without a single word.

"The Rhythm of Denim" promotes G-Star's RAW Hardcore Denim collection. And while tap dancing might not be the most intuitive way to showcase the durability and craft of the material, these things can somehow be felt.

"We love to show all sides of denim at G-Star. This film emphasises the artistic side of the brand," says Gwenda van Vliet, CMO at G-Star. "Denim, dance, rhythm, it all comes together in a great storyline around a dialogue between two people. You feel the passion and energy of all the people who worked on it."

The campaign went live this week on G-star.com, as well as on TV, digital and social, with a focus on the U.S., Germany, the Netherlands, Japan and South Africa.