If your plan was to smell like death for Halloween, well, now you can. It smells surprisingly fresher than one might imagine.

French perfumer Etat Libre d'Orange and Ogilvy Paris have made good on plans to create the first perfume composed of worms, rotting fruit and other goodies in various states of decomposition. It's called I Am Trash: Les fleurs du Déchet ("the flowers of waste").

The title is a play on Charles Baudelaire's famous series of poems, Les Fleurs du mal, or "The Flowers of Evil." We first heard word that the perfume would go into production in April, when Etat Libre d'Orange released this video:

Far from disgusting people, the perfume's intentions stem from a nobler place. In a press release, creative directors Juana O'Gorman and Beatrice Lassailly explained, "The creative bias was radical from the beginning of our initiative. We wanted to prove that beauty can come from waste. The composition of the perfume gave a very delicate and refined result in opposition to the brutality of a name like I Am Trash."

Perfumer Daniela Andrier, who's worked on perfumes for Guerlain, Kenzo, Prada and more, elaborated on the scent itself. It should come as no surprise to anyone who's ever reaped the benefits of composting. "I envisioned this scent as a fertile land. My question was therefore: What could be reborn in this land? It is from this reflection that I had the idea to combine the materials from upcycling with notes of strawberry."

Here are the posters for the fragrance: 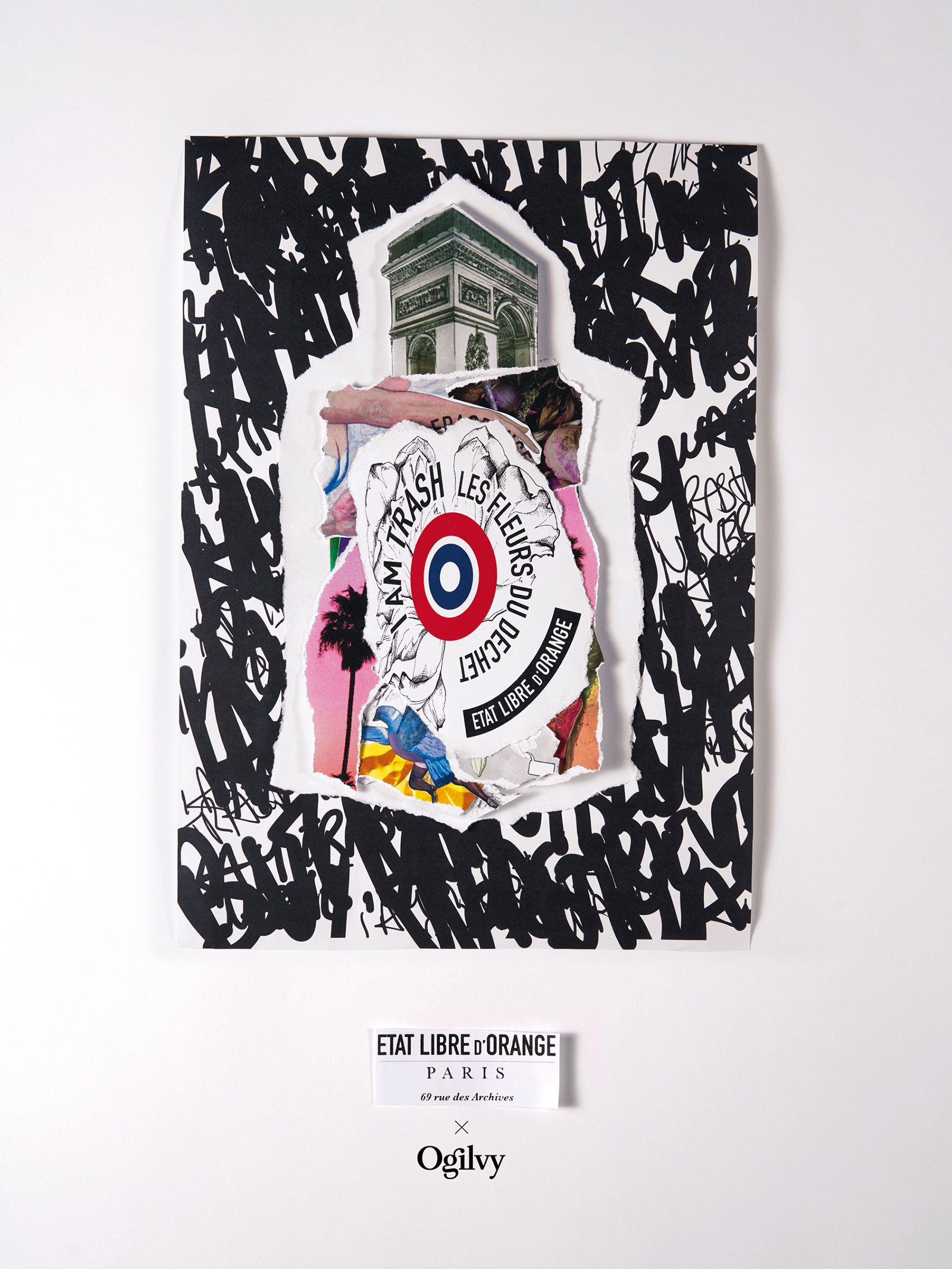 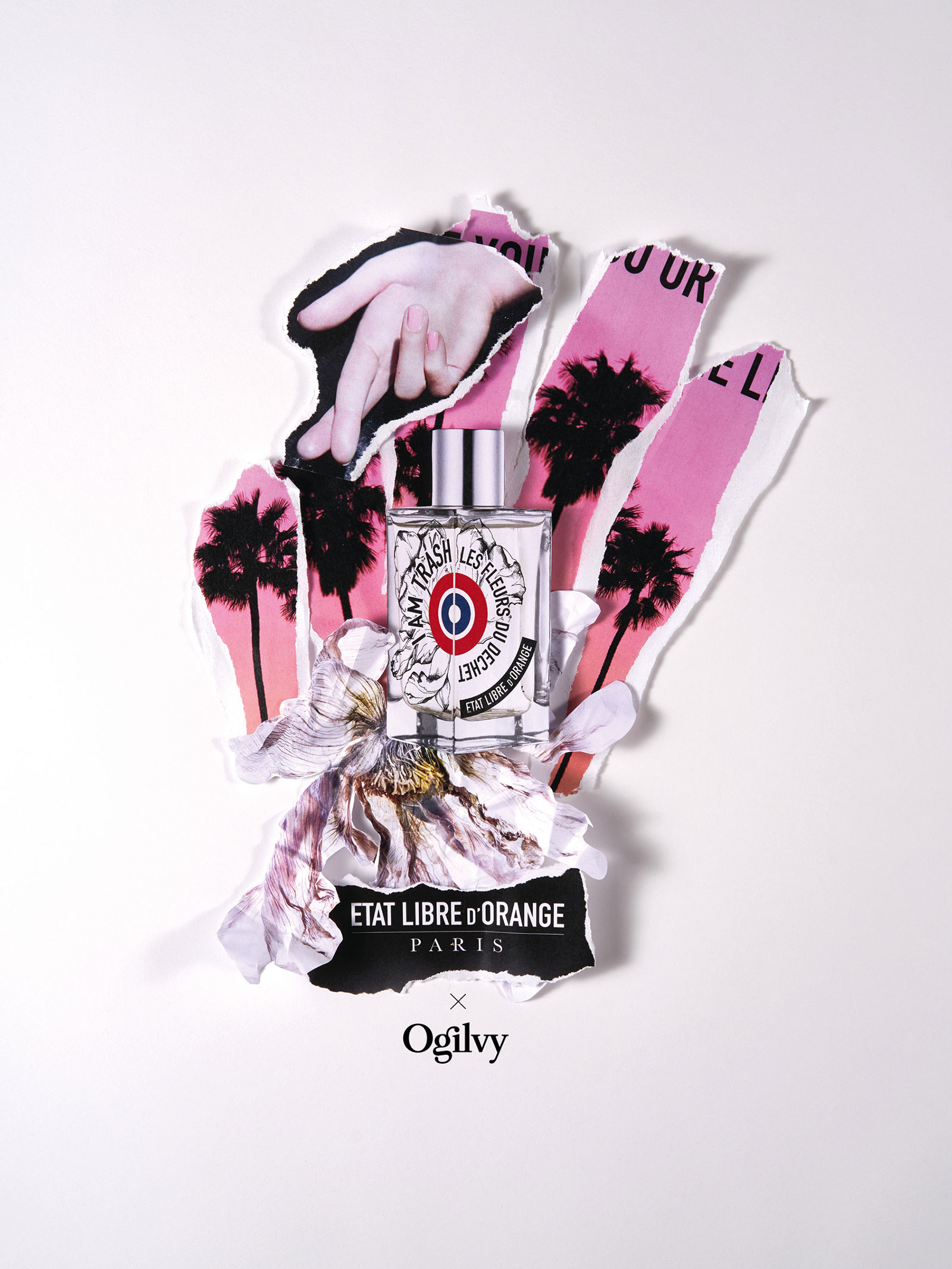 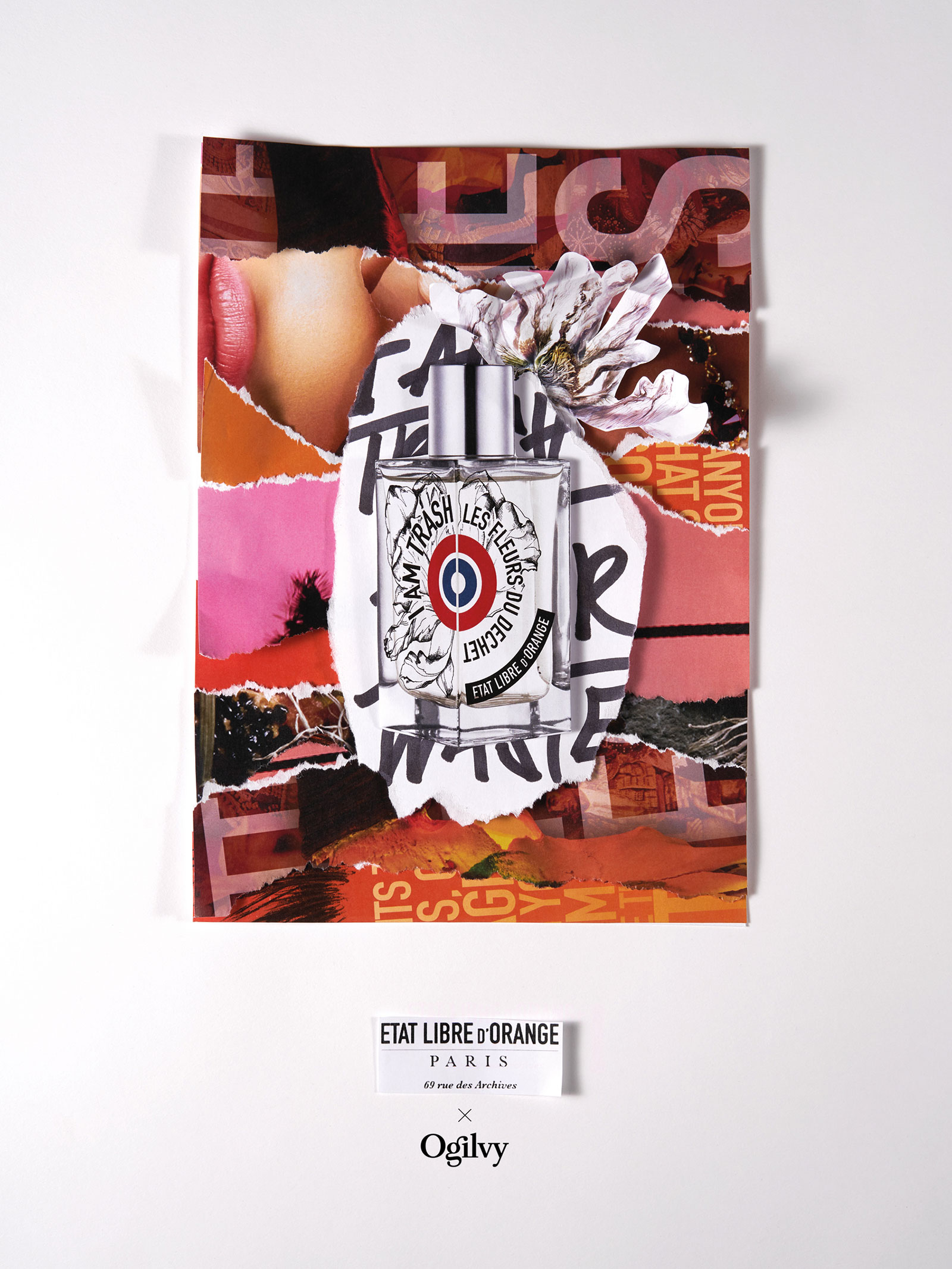 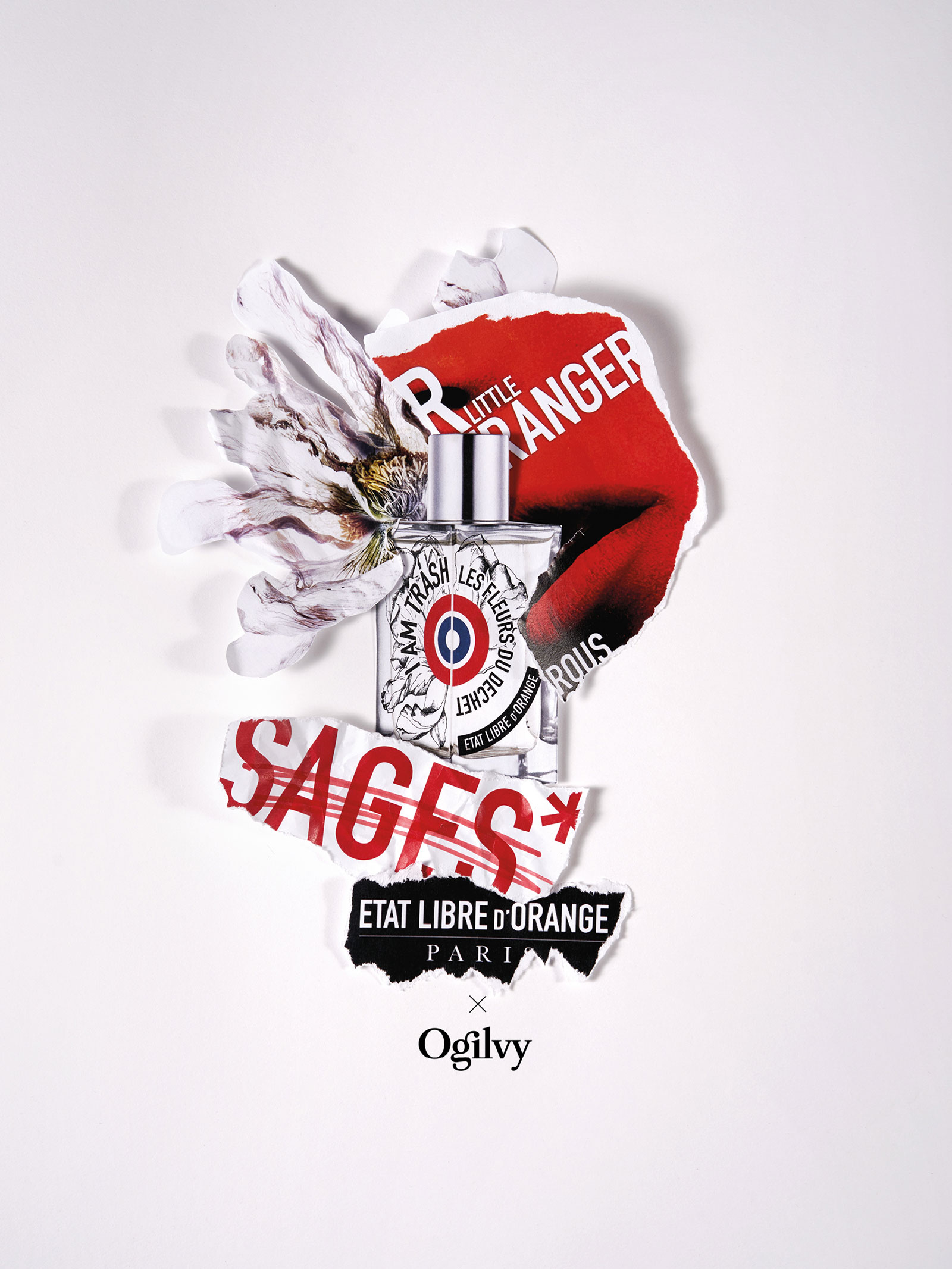 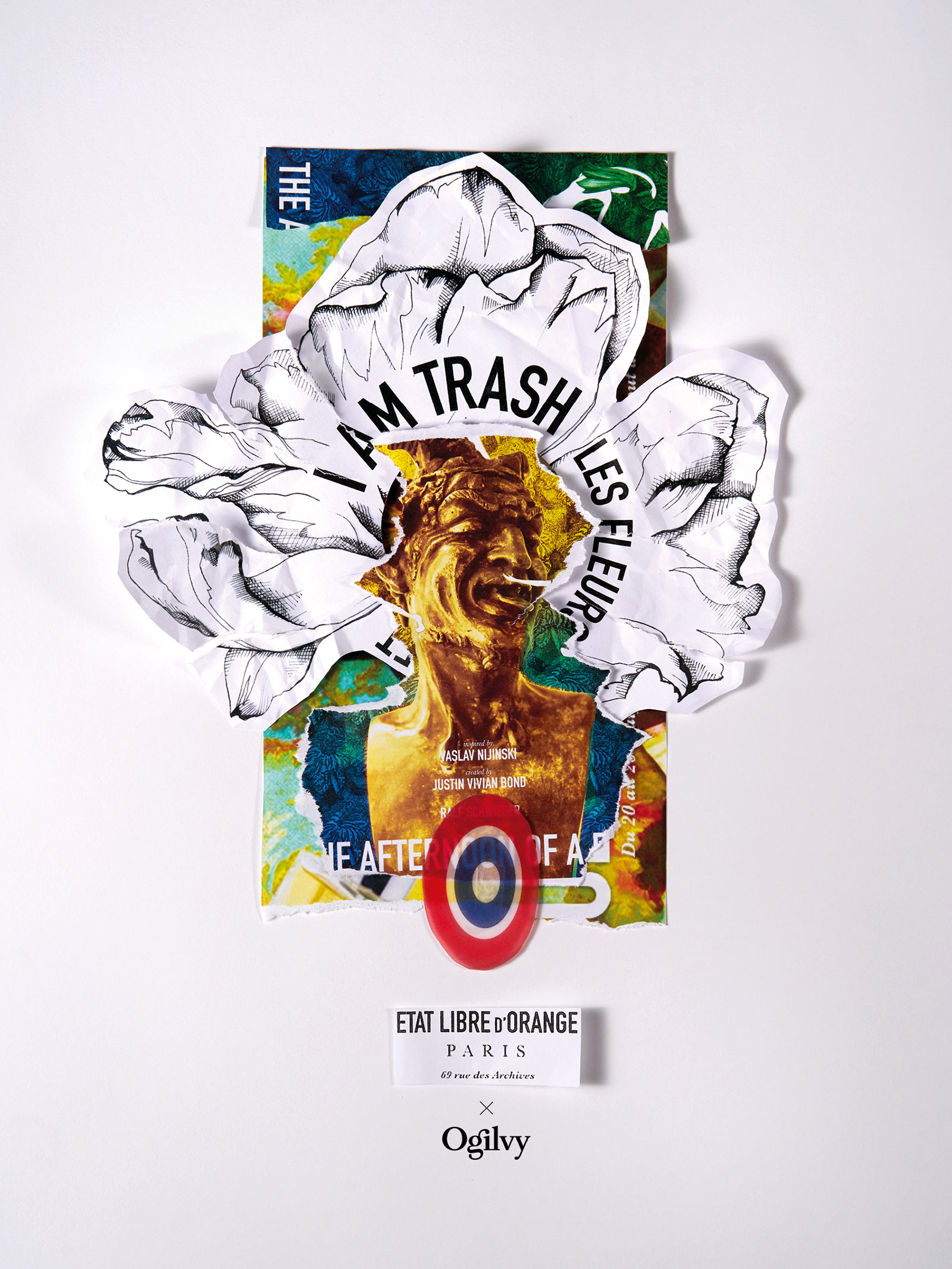 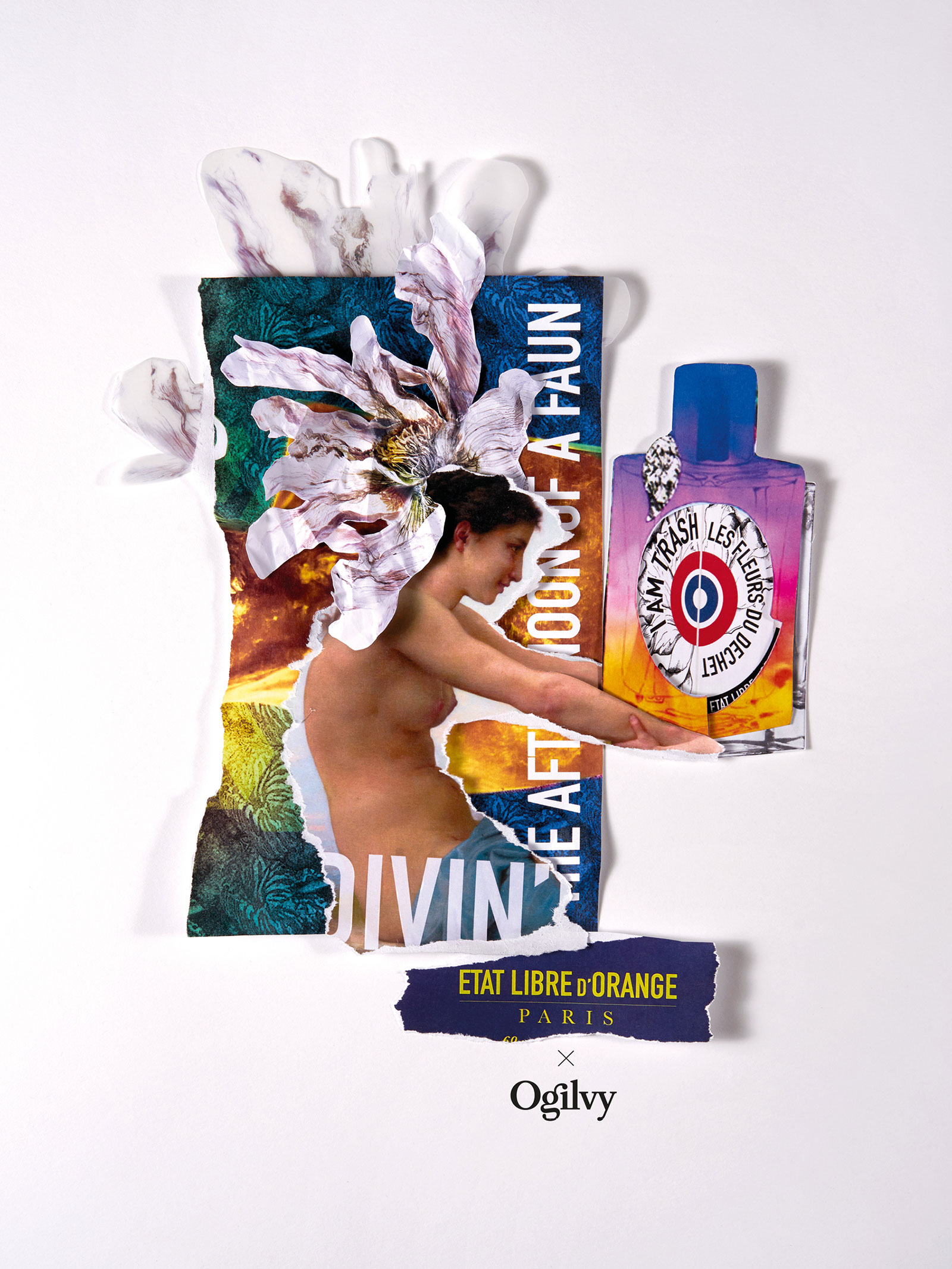 A lot probably went down in the nearly six months since Ogilvy Paris first announced plans to make a perfume out of stuff people typically throw out. In an interview with Muse, O'Gorman and Lassailly describe what they learned in that span of time.

"That when you know what you want, things just happen," they replied. "That creating a scent is not so simple. Moreover, the production process is a bit more challenging—to put it politely—than the traditional process. And that doing something good for the rest of the world—no matter how small, no matter how 'first step' it is—will always make us prouder than any other creative."

The team's initial response to production was probably also unsurprising, as they had to deal with composting and fertilizing the trash themselves. The pair recall "the expression on [their] face, creating the scent, when we first told them from where they had to take the raw materials to start their creation."

And yet perfume has a long history of using not quite sexy ingredients to produce sublime scents. Skatole, which is mildly toxic, comes from feces and coal tar; Ambergris (sometimes referred to as "whale vomit"), allegedly in the original Chanel No. 5, is a waxy lump that comes from the digestive tracts of sperm whales.

The French specifically carry on a perfume-making tradition that's been called deliberately "impolite, as well as animalistic," per Susannah Frankel for the Independent. Etat Libre d'Orange's past fragrances have borne names like Putain des Palaces ("Whore of Palaces") and Fat Electrician.

"We wouldn't call that a tradition," the co-CDs say. "It's more of a fact, and mainly known by people involved in the business rather than by consumers. As far as we know it has never been shown to them, and this is basically because there was no reason to do so. There is a point here that makes it all different from that; for the first time, we are reusing materials that were supposed to be trashed. And that's worth communicating."

They also went into detail about the final scent. "We've always known that we needed a more commercial fragrance to achieve the business objectives of this launch," they admit. "The name of the fragrance, plus the fact of being 'made from the unwanted,' was already too risky to make it smell too exotic. That's why the final fragrance smells really nice, delicate, unisex, somehow sweet and floral while still very unique and 'never-smelled-before.' " 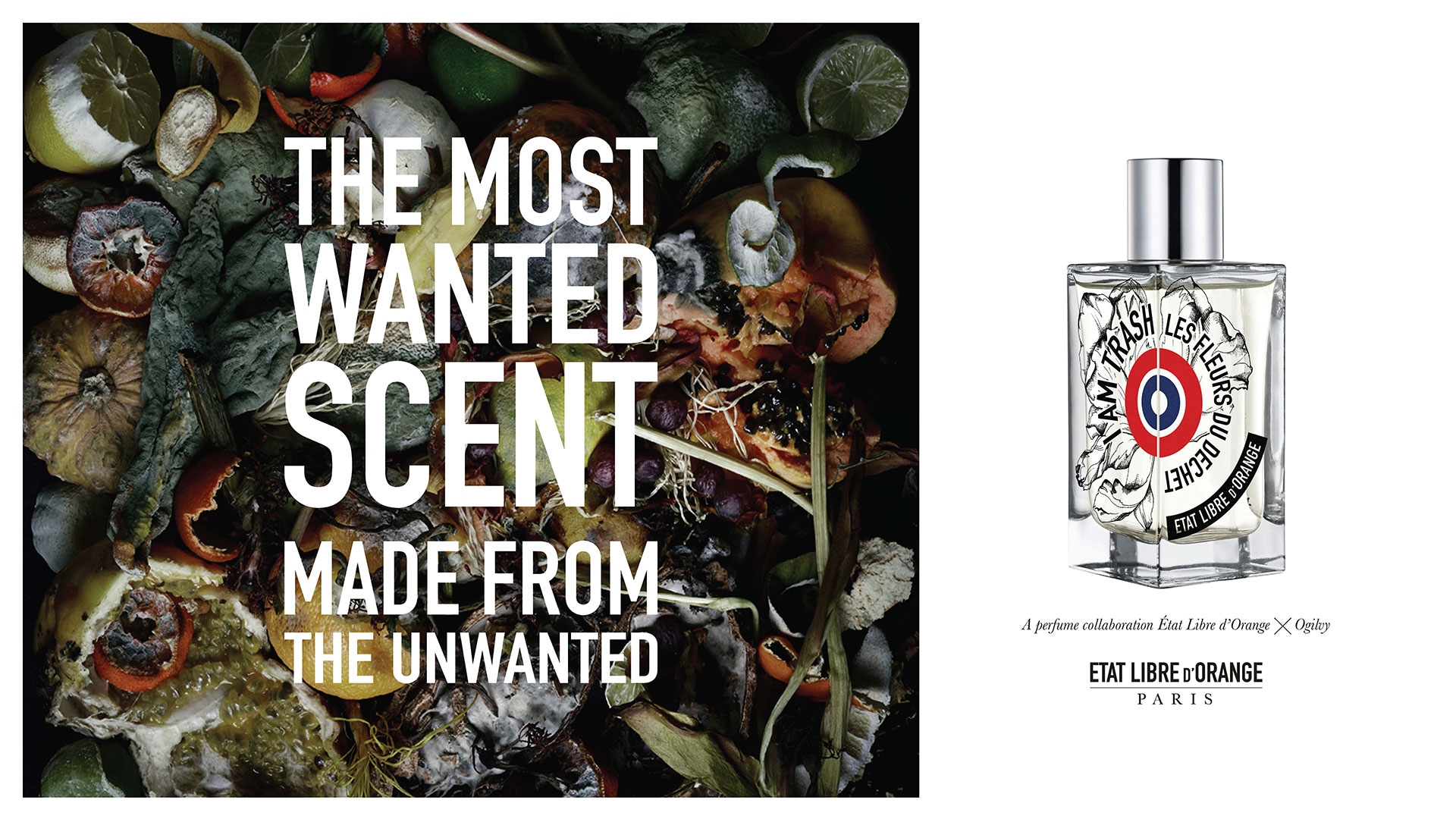 But perfume smells different on everyone. And while much perfume advertising tries to convey a certain idea about who their user is, or rather could be—consider ads from Hugo Boss, Chanel or that infamous spot from Kenzo—O'Gorman and Lassailly shy realistically away from putting a face to the scent.

"When people search for a perfume, whether they achieve it or not, they search for uniqueness," they reply. "We can fill lines and lines with ingredients and different notes, but at the end of the day no word on those lines would succeed in describing what it feels for the person wearing it."

This is probably why the surrounding marketing (below) revolves more around packaging identity than a famous égérie. And users are open to what I Am Trash is trying to tell them. "People are intrigued by the concept so it drives a lot of traffic in-store," Etienne de Swardt, founder and managing director of Etat Libre d'Orange, tells us.

"Since the fragrance is surprisingly fresh and delicate compared to what you would expect from trash, they dare to bring it back with them. What is particularly appreciated is the citrus note, sparkling and fizzy, with a creamy woody undertone. Distributors are also really enthusiastic about it! In two weeks, we doubled the sales in comparison to a similar perfume launch—final proof that at the bottom of our trash still lies beauty!"

Sales are only one component of what they're trying to achieve.

"Overall, we'd love this joint effort between the agency and the brand to inspire other brands to come up with new ideas that can contribute to make this planet safer and this industry more conscious," O'Gorman and Lassailly conclude. "Little by little, one step at a time."

Before Christmas, the I Am Trash fragrance will be available globally in 600 stores. It is available at Etat Libre d'Orange's store in the Marais area of Paris, on its website, among select U.S. retailers after Nov. 1, and in Selfridges London. It's being promoted in a series of posters and GIFs, themselves composed of older pieces of marketing collateral.

See a making-of video for the posters below.