Eco-chic and employee pride, knitted together 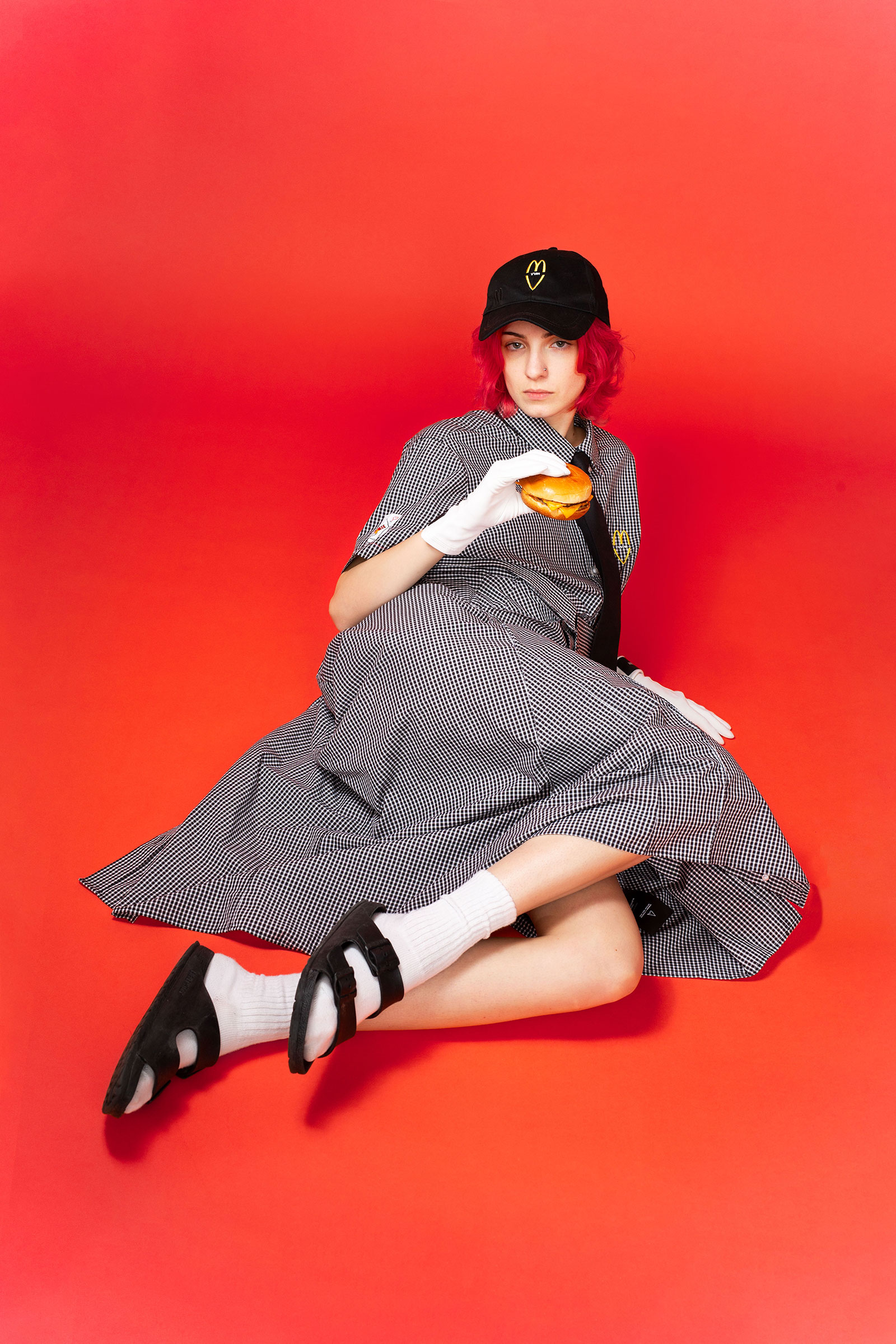 There was a time, long ago, when Target tore away from its Walmart-adjacent discount big-box image. It started working with fashion designers. It got cool, and every millennial we knew jumped aboard with enthusiasm—buying generic Target products, or sporting the logo on their clothes.

This kind of reminds us of that.

Tearing a page from the Target playbook, McDonald's Finland collaborated with Finnish fashion label VAIN for an exclusive clothing collection, almost entirely made from staff uniforms.

This runway is giving such hard Demna vibes! While it's uncomfortable to evoke Balenciaga right now, the designer's mark on fashion has been made—dystopian energy, combined with something post-industrial and working class; punk without the values.

Created by Nord DDB, the McDonald's designs explore how to repurpose old workwear while expanding on what feels possible for the brand from a streetwear perspective.

"When I was first presented with the idea of a McDonald's workwear fashion project, I was immediately intrigued," says Jimi Vain. The designer's profile is rising in Finnish fashion, and he serves as creative director and designer at the brand that bears his name. "Growing up in a very rural part of Finland, there weren't really any dedicated spaces for us to hang out as teenagers. The local McDonald's sort of fulfilled that function for us. It was accessible to anyone and was a familiar vibe. Also, it was the closest we could get to global pop culture out there in the north. We spent many evenings, and made many memories, hanging around the local McDonald's in our teens."

Drawing from his roots, Vain considered ways to strip away negative connotations affiliated with work uniforms generally, and maybe McDonald's specifically. It was seen as a chance to boost pride for employees as well. The resulting collection consists of 27 pieces, composing 13 unique looks, made with the same materials as the uniforms, and designed to bring them to mind.

So this isn't upcycling, per se. The uniforms are more of a reference point. In addition to using their same textiles, Vain played a lot with McDonald's iconic features: red and yellow, the black-and-white gingham pattern, and the logo itself. 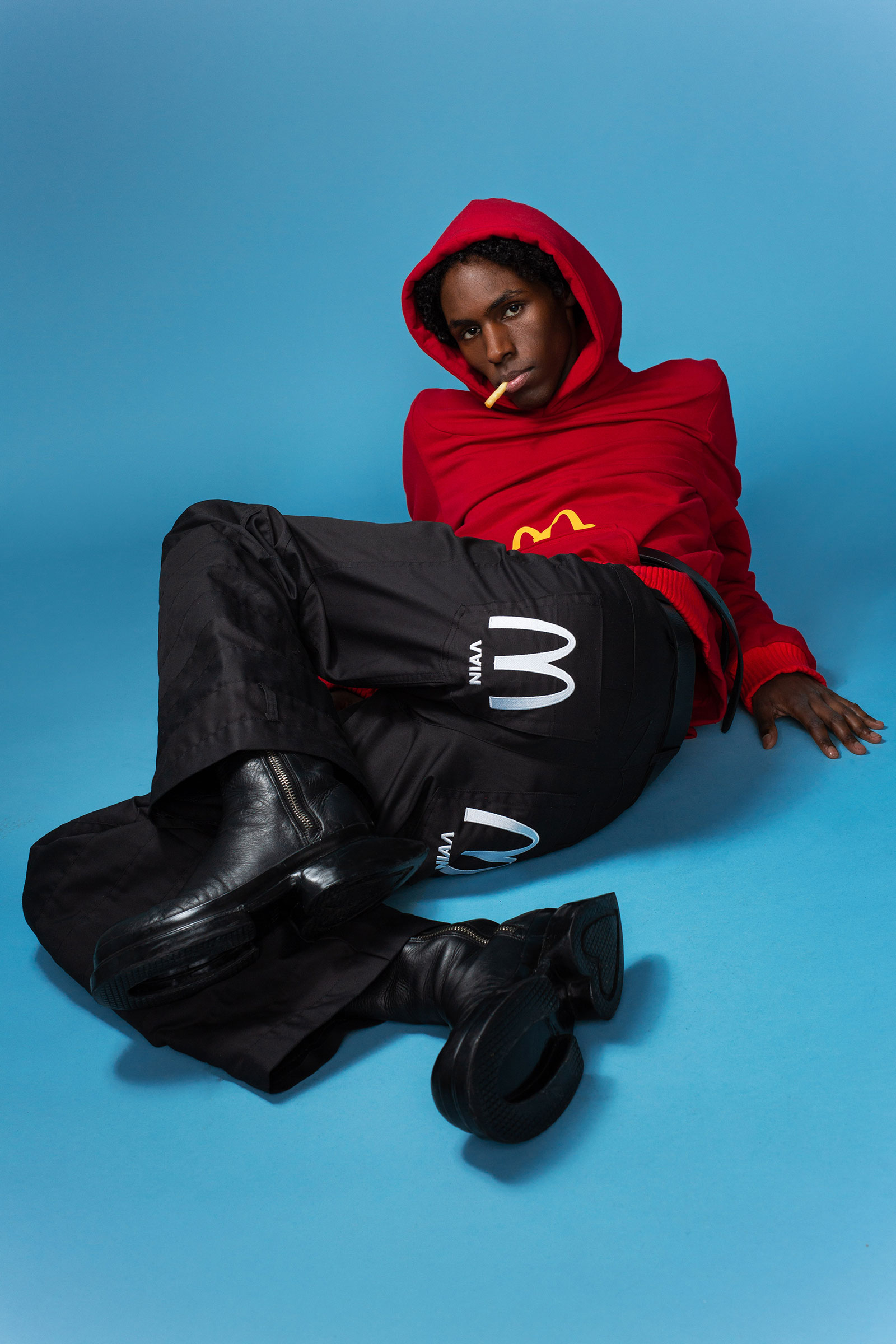 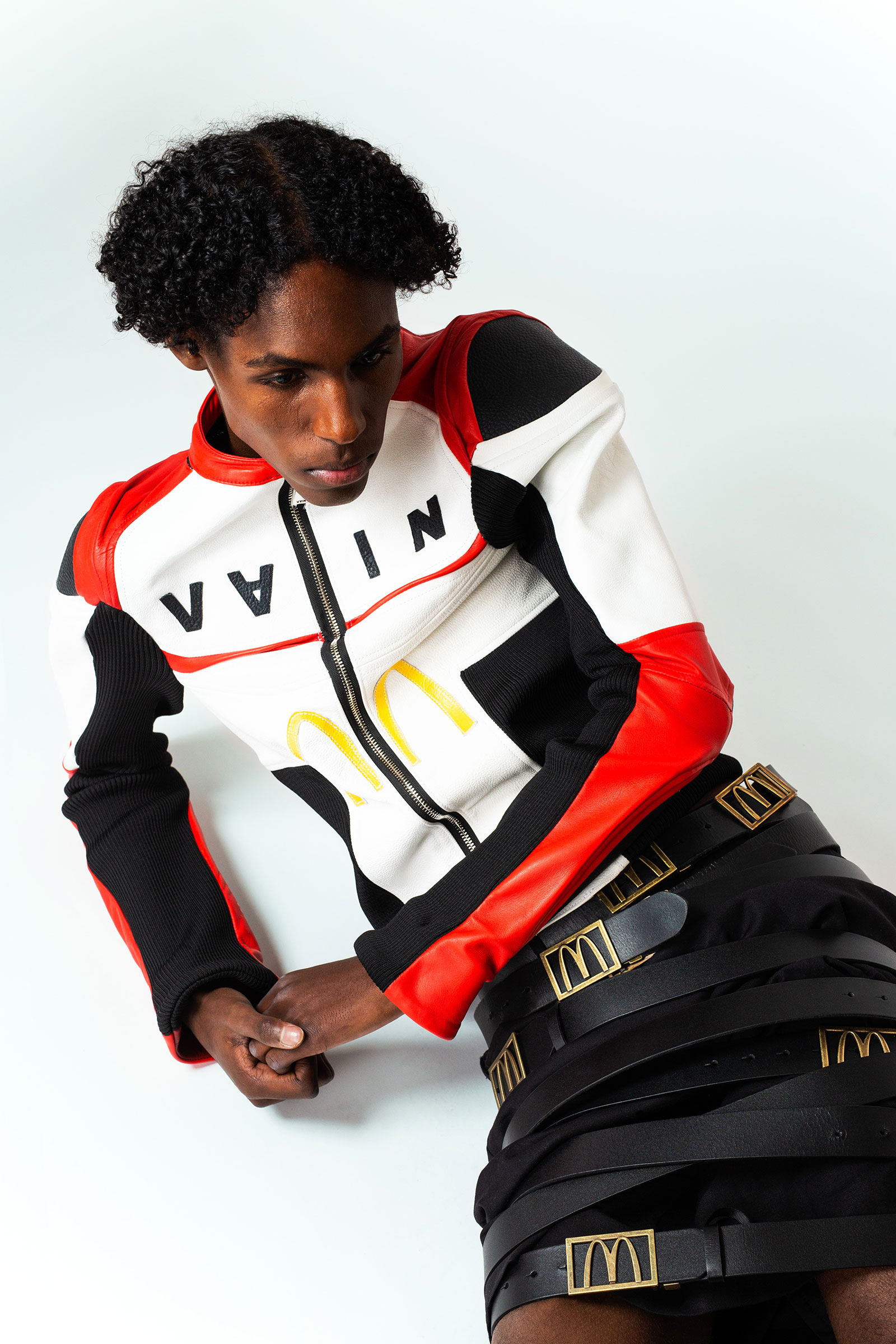 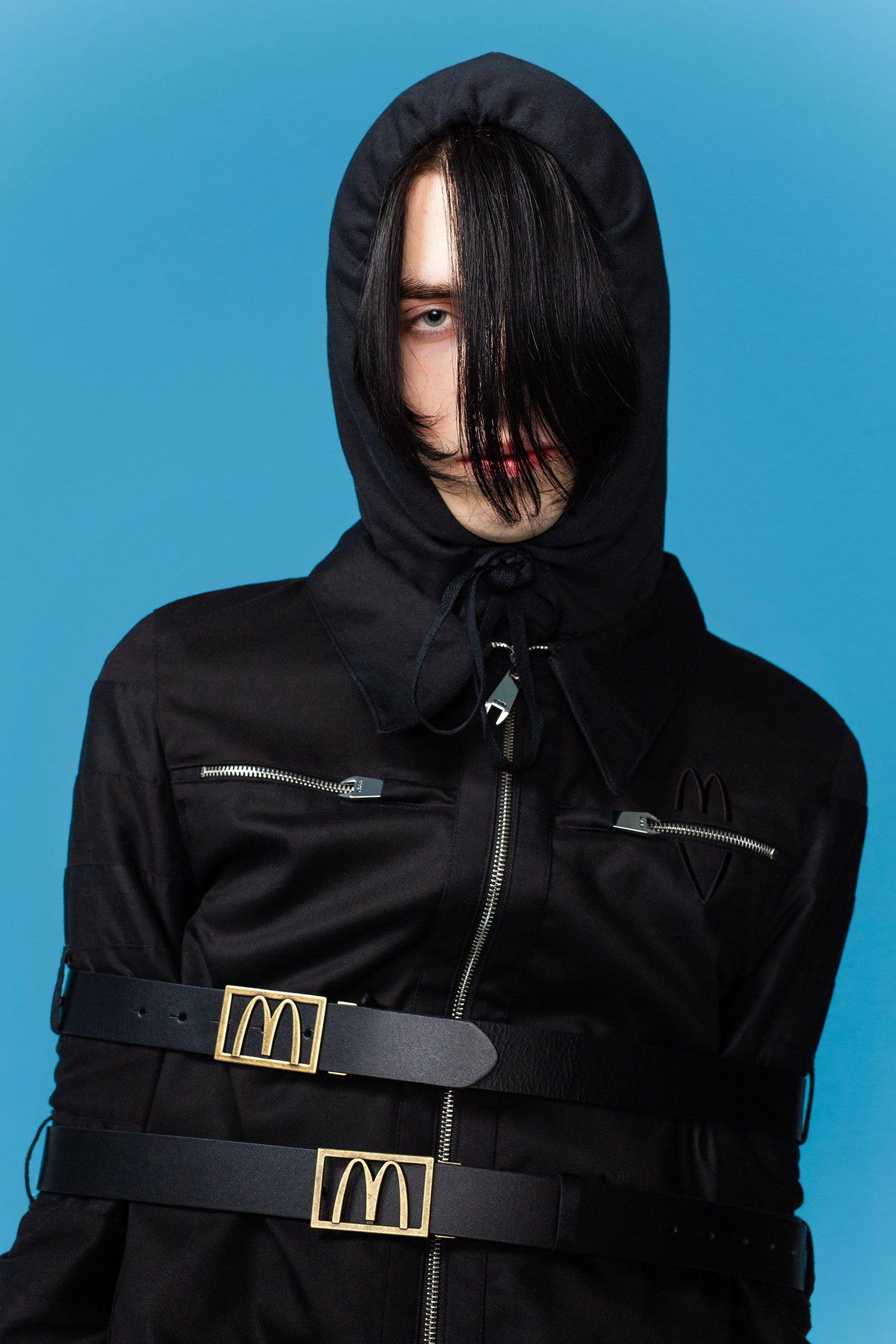 The results are edgy and Nordic. It would be cool to see what kinds of actual repurposing opportunities are inspired by the project. The collection also feels like a nod to recent designer-driven brand upcycling campaigns, and efforts to use fashion's current dystopia-chic energy to raise awareness for people whose "lewk" it cynically leverages. Maybe Vain's take is so appealing because it doesn't romanticize the same workers it seeks to uplift; it instead bends fashion's current lens more favorably in their direction, without them really having to do anything.

"It's very impressive how Jimi Vain has managed to take used work uniforms and transform them into an exclusive collection of high fashion," says Mat Nyström, marketing director at McDonald's Finland. "Everything we do as a brand in Finland is focused on increasing the feeling of togetherness amongst all people. This is just one expression of that mission, focusing on the fact that our amazing crew deserves to feel pride in their work and be appreciated for the hours they put in."

The 'fits are available to McDonald's Finland employees through an internal raffle. The brand takes care to mention that if you'd like some of this stuff for yourself, you can apply for a job there.