Regressive types who suggest women invite rape based on their fashion choices deserve a swift and severe dressing down. Everyone everywhere needs to understand: "Changing clothes won't stop rape. Changing mind-sets will."

That message, delivered through an engaging mix of seriousness and satire, drives "Super Sanskari Sarees," an awareness and fundraising appeal devised as a personal project by a group of diverse young staffers at Hill Holliday and BBDO.

This extracurricular project, produced independently of the team's respective agencies, stems from an episode that took place at a shopping complex in Gurgaon, near New Delhi, India. A woman allegedly suggested that a group of men at the mall should rape some girls who were wearing short skirts. A video made immediately after her outburst went viral. ("Please control the girls, and control their dresses," she tells their parents in the clip.) Some time later, the woman apologized.

In response, the Super Sanskari team developed a site that purportedly sells "rape-proof" clothing for "objects who want to be treated like women." The traditional garb on display, mainly cotton and silk sarees, completely covers the wearer. It's infused, we're told, with special technology that "will make women invisible to rapists. Because when there's nothing to see, there's nothing to rape." 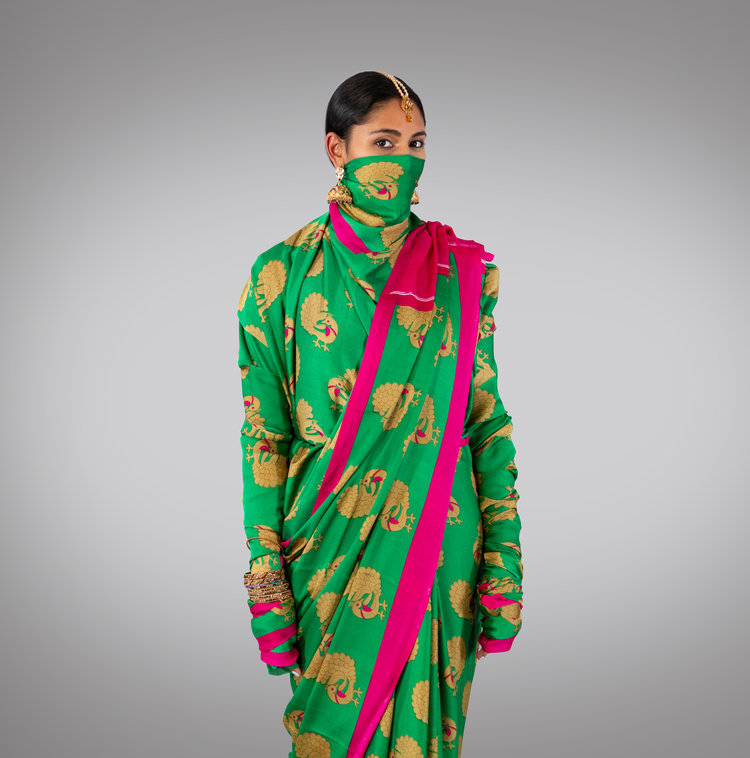 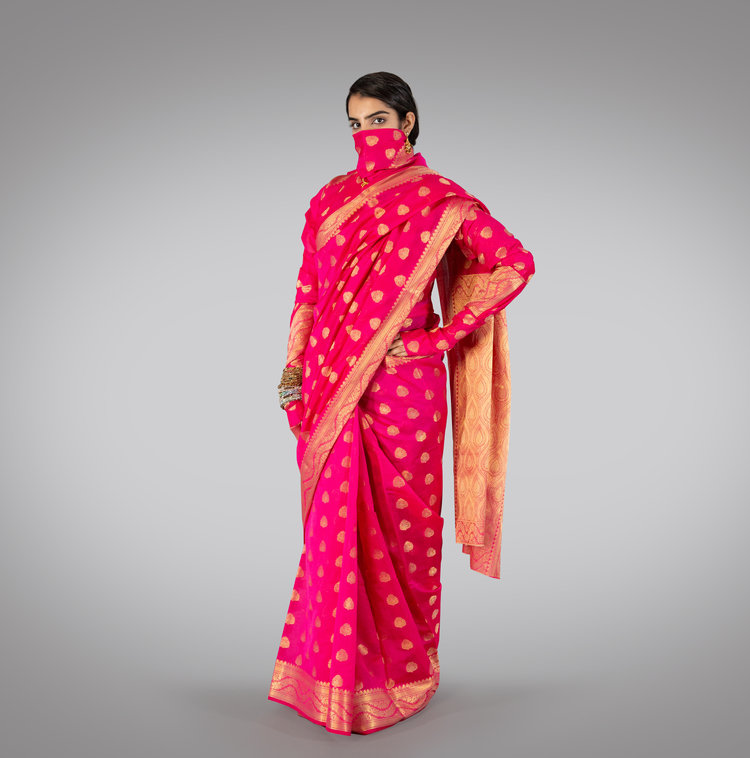 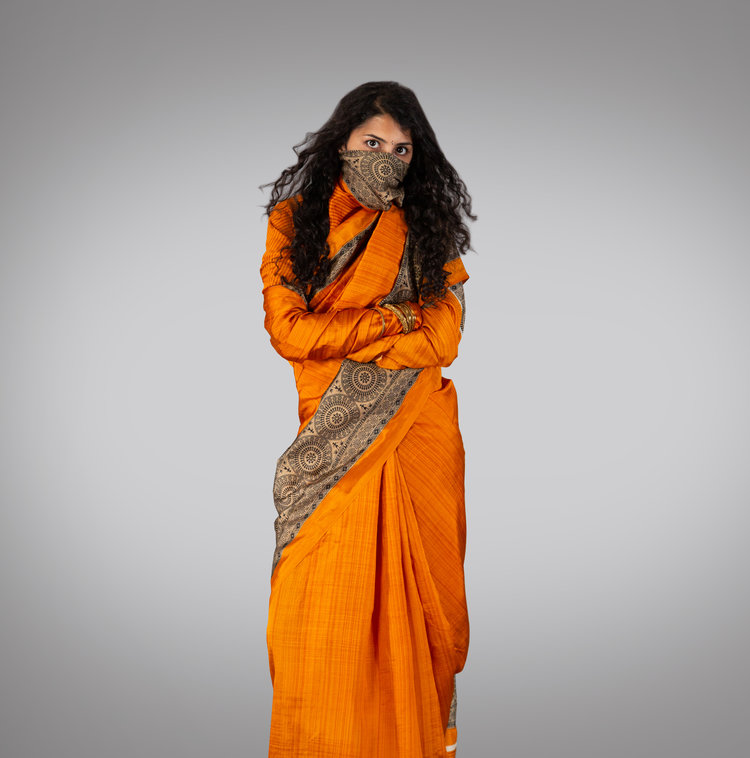 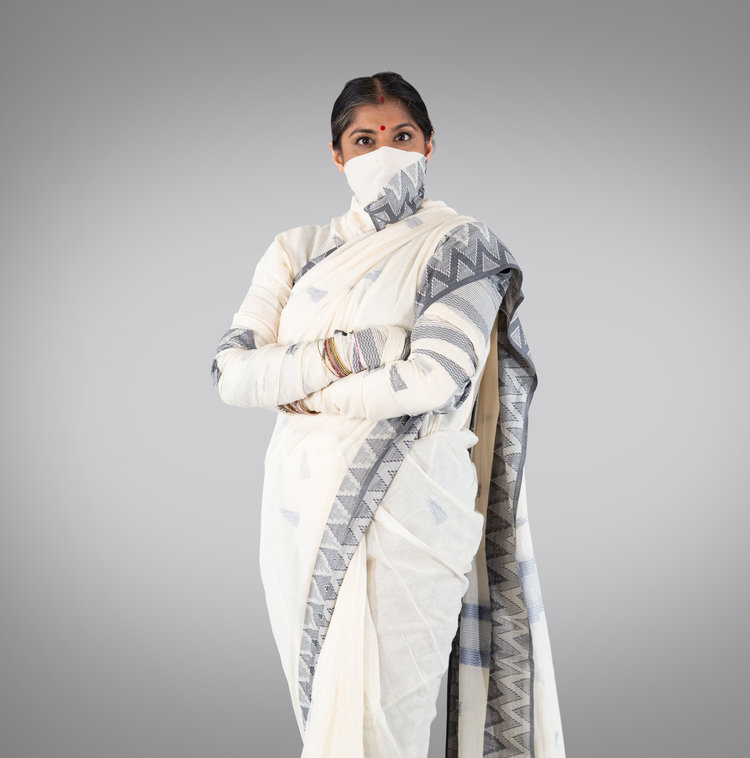 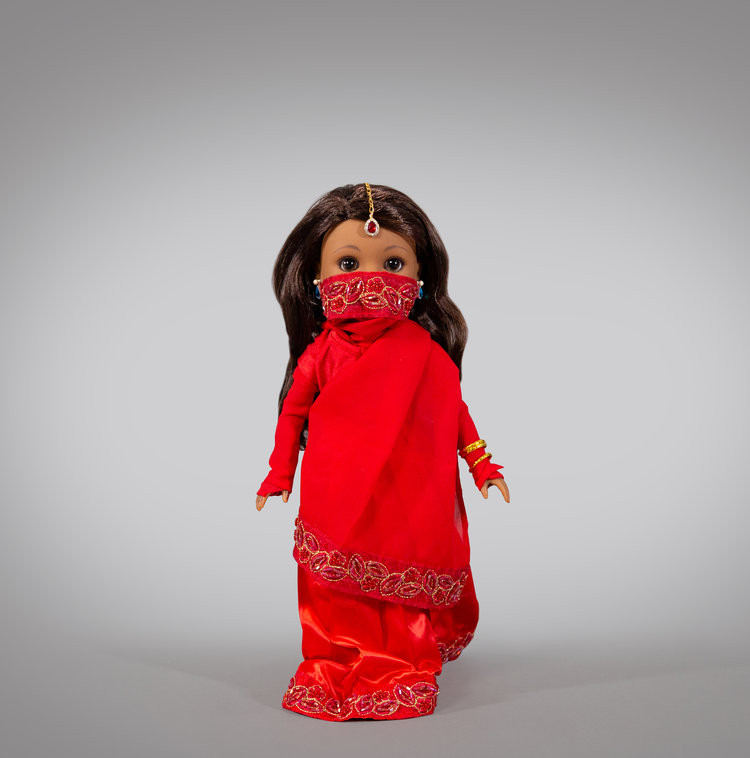 Super Sanskari businesswear "ensures your body, as well as your career aspirations, remain covered," while unsexy party attire is essential because "everyone knows if you're at a club drinking and dancing, you're practically asking to be raped."

Such fashions aren't actually for sale. The "prices" link to a fundraiser for Sayfty, which works to educate and empower women and girls against violence.

"We initially envisioned wrapping the models up completely head to toe like mummies, but decided to keep their hair exposed and added accessories for a more authentic Indian look," says James Barkley, associate creative director at Hill Holliday. "We also initially called the collection 'Anti-Rape Sarees,' but wanted to use the Hindi word 'Sanskari,' meaning ultra-modest/traditional, to comment on patriarchal norms" that force women to relinquish their right to their own bodies and self-expression.

The work was designed mainly for an Indian audience, "especially those that had seen, shared and talked about the viral video that inspired it, but we also wanted to make it accessible and understandable for a global audience," BBDO copywriter Anish Easwar says. "Fundraising was another challenge. The fundraiser platform we chose to partner with [ketto.org] is like an Indian GoFundMe, so it makes it easier for Indians to donate, but less ideal for anyone with a foreign bank account. We worked around that by laying out instructions for foreign donors clearly on the website."

In terms of getting the word out, "we have learned that the most valuable form of growth and engagement is by organic sharing," says Miklas Manneke, senior art director at Hill Holliday. "While it might lead to less views, it reaches a more engaged and proactive audience. Though this campaign is very specific to India, we have been sharing worldwide, as it is a subject that many people can relate to. To drive traffic to the website, we have been developing content specifically for Instagram and Facebook that can be released by various influencers and others who are passionate about the cause."