Camouflage patterns are enjoying a vogue in the fashion world, so it's no big stretch when yet another clothing line deploys the motif.

But if you look closely at the military-style designs that decorate the T-shirts below, you'll notice something unusual. Stylized human forms appear amid the abstract shapes. These figures seem lost, anxious, bedeviled—even out of control.

Toronto creative shop Taxi developed the collection for the Canadian Mental Health Association. In the war against mental illness, sufferers often hide their struggles, which can take a terrible toll. "Mental Fatigues" illustrate that point, while raising awareness and funds for the cause.

"Over 3 million Canadians struggle with diagnosed anxiety disorders each year," according to the project site. "This pattern depicts negative feelings that can come with anxiety, such as anger, fear and avoidance." 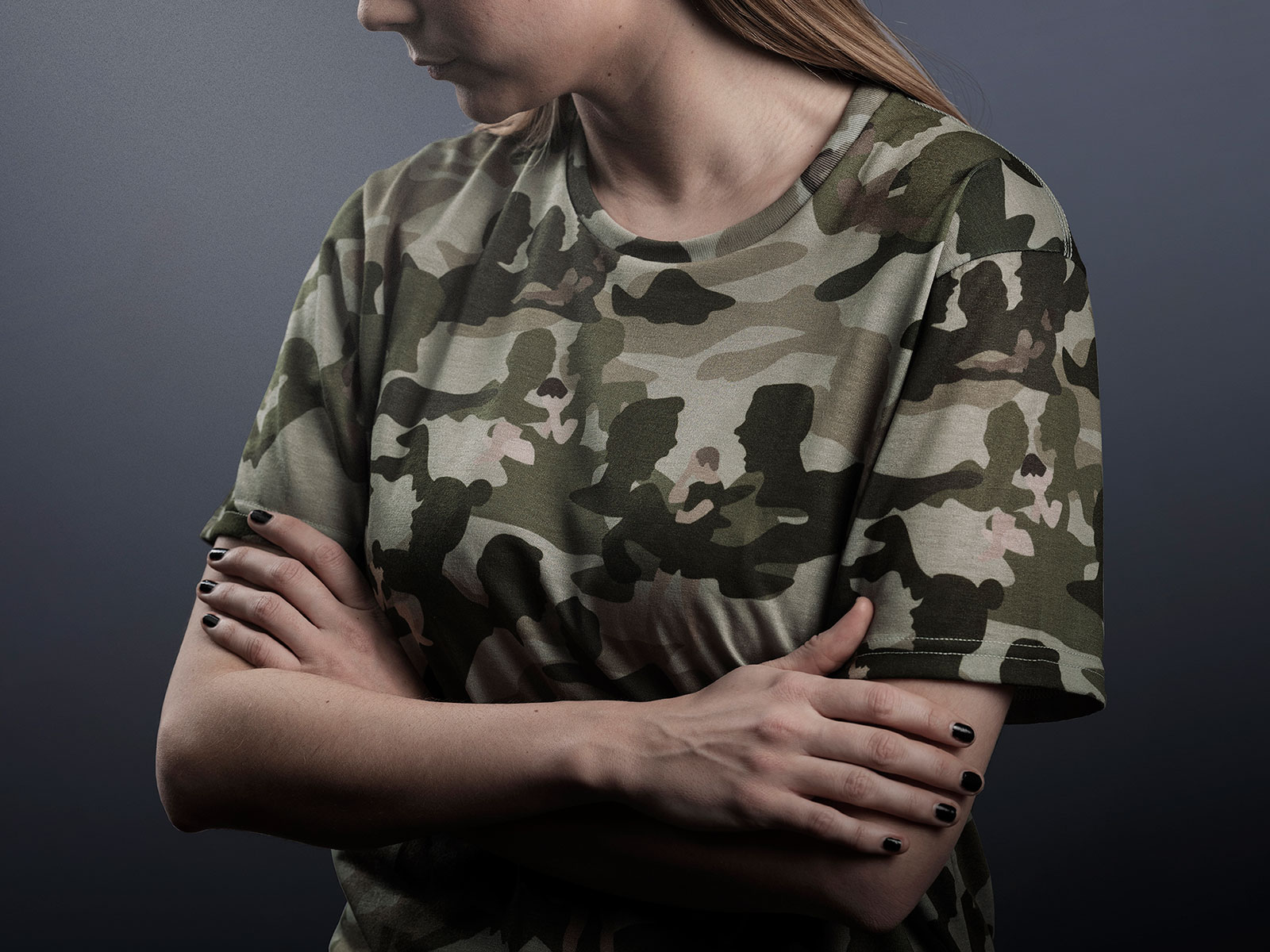 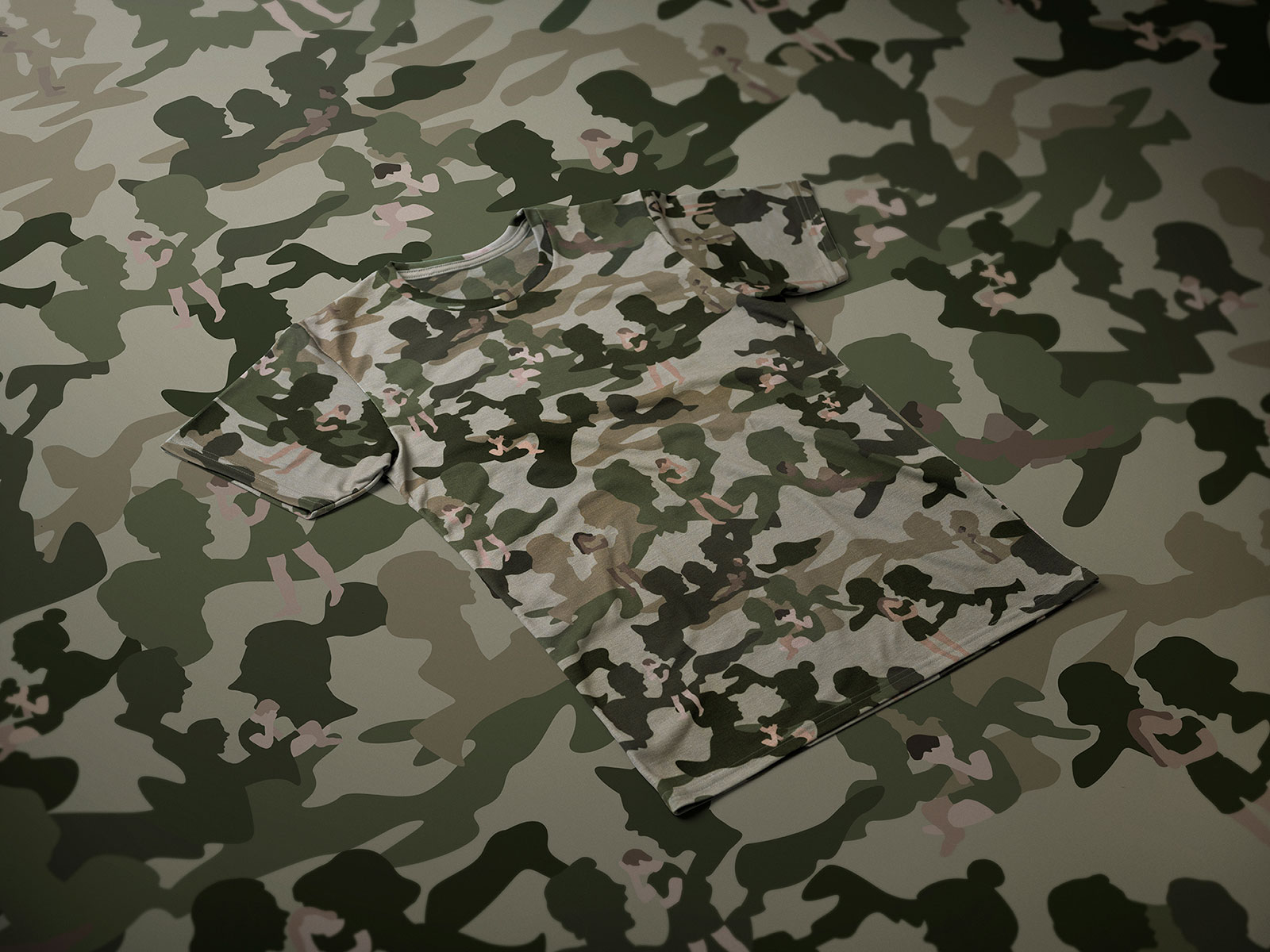 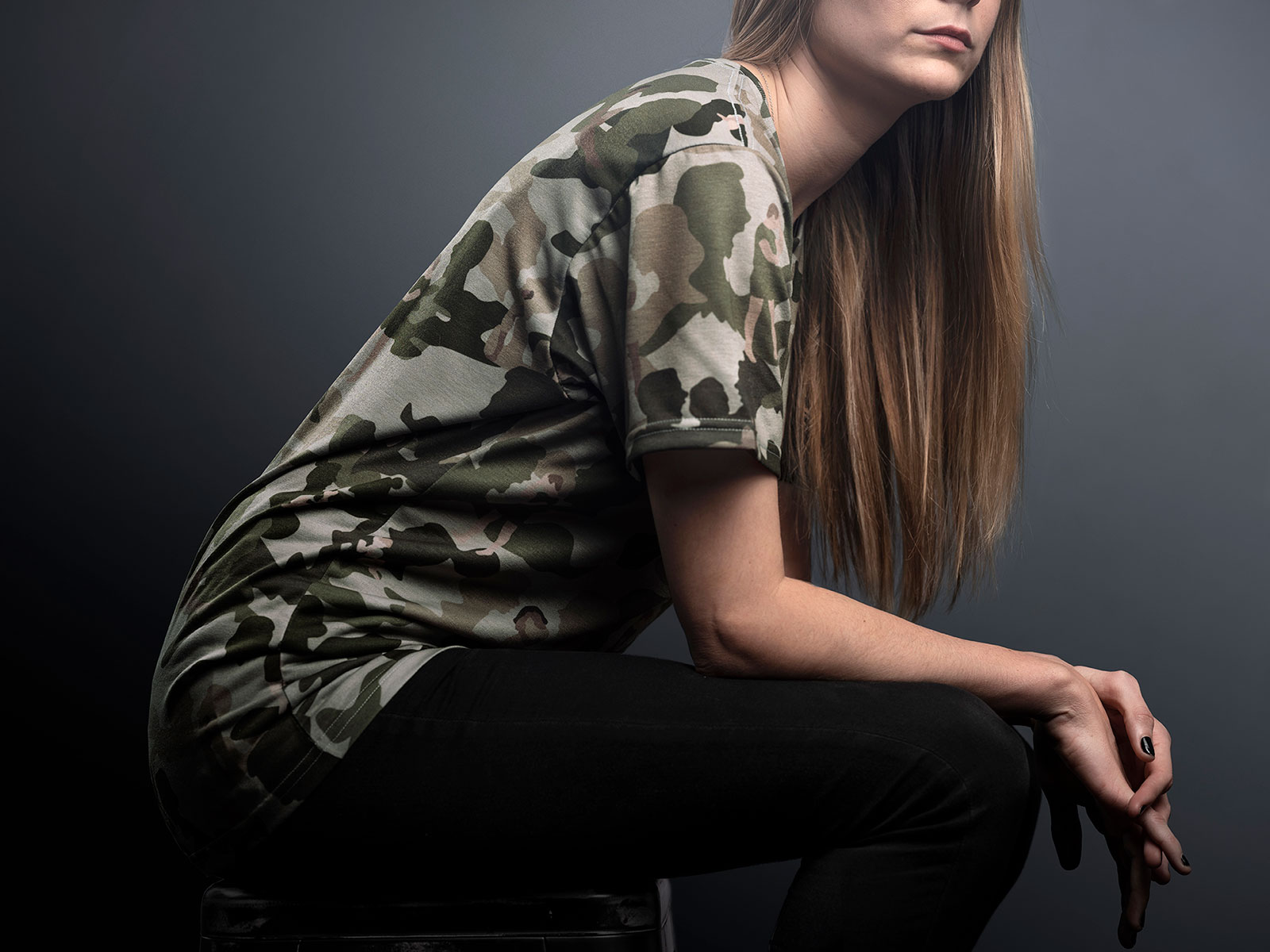 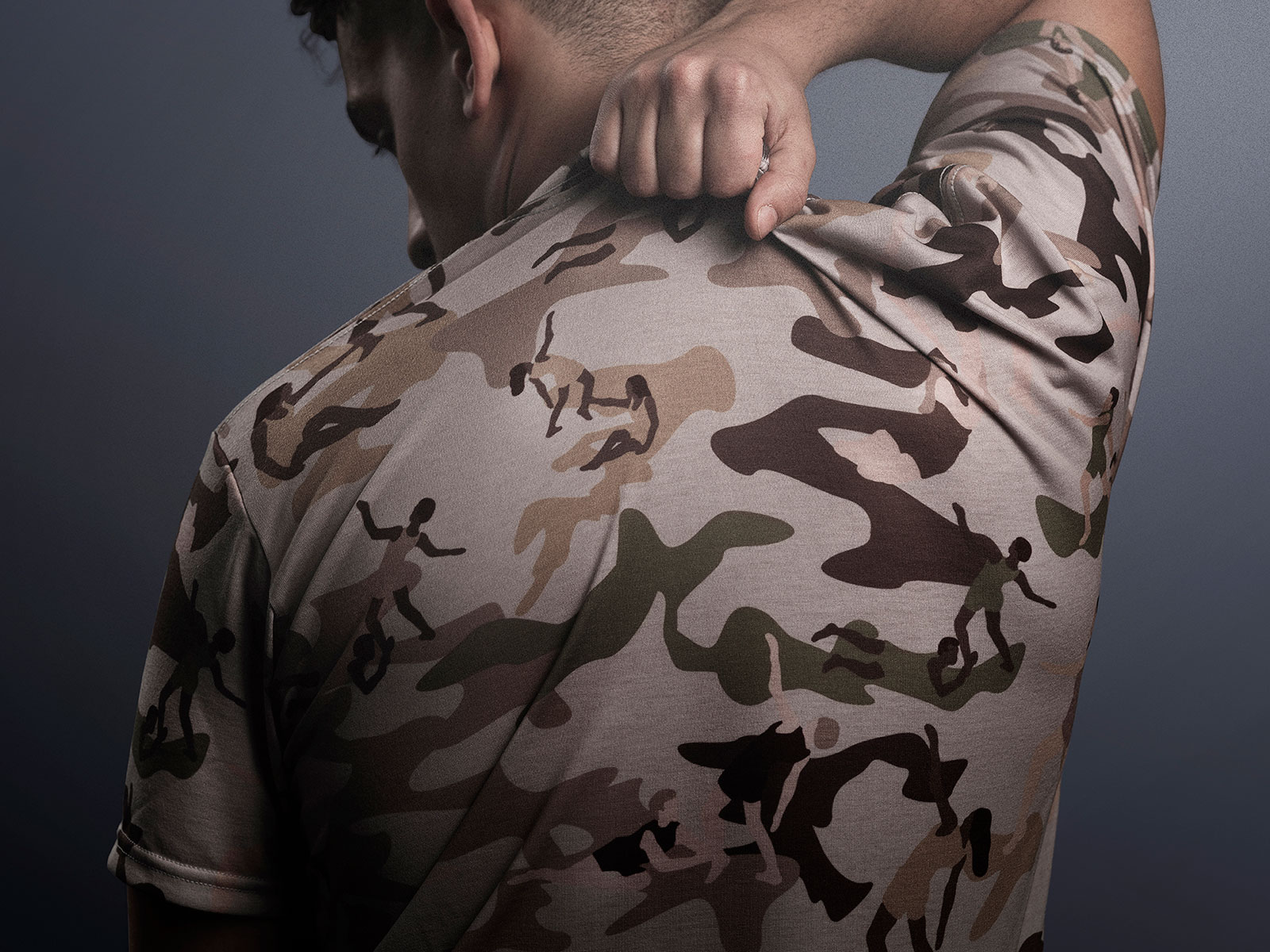 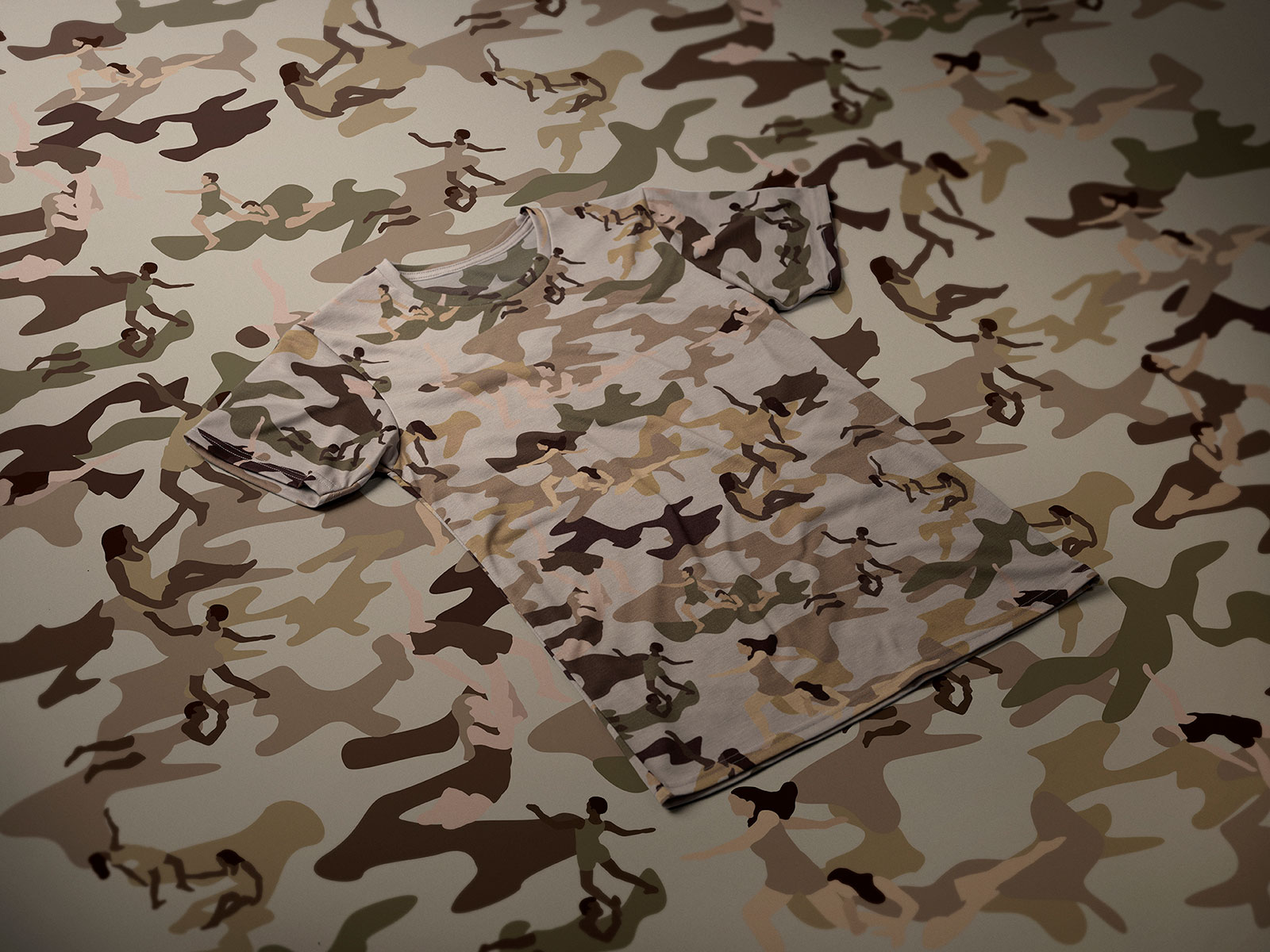 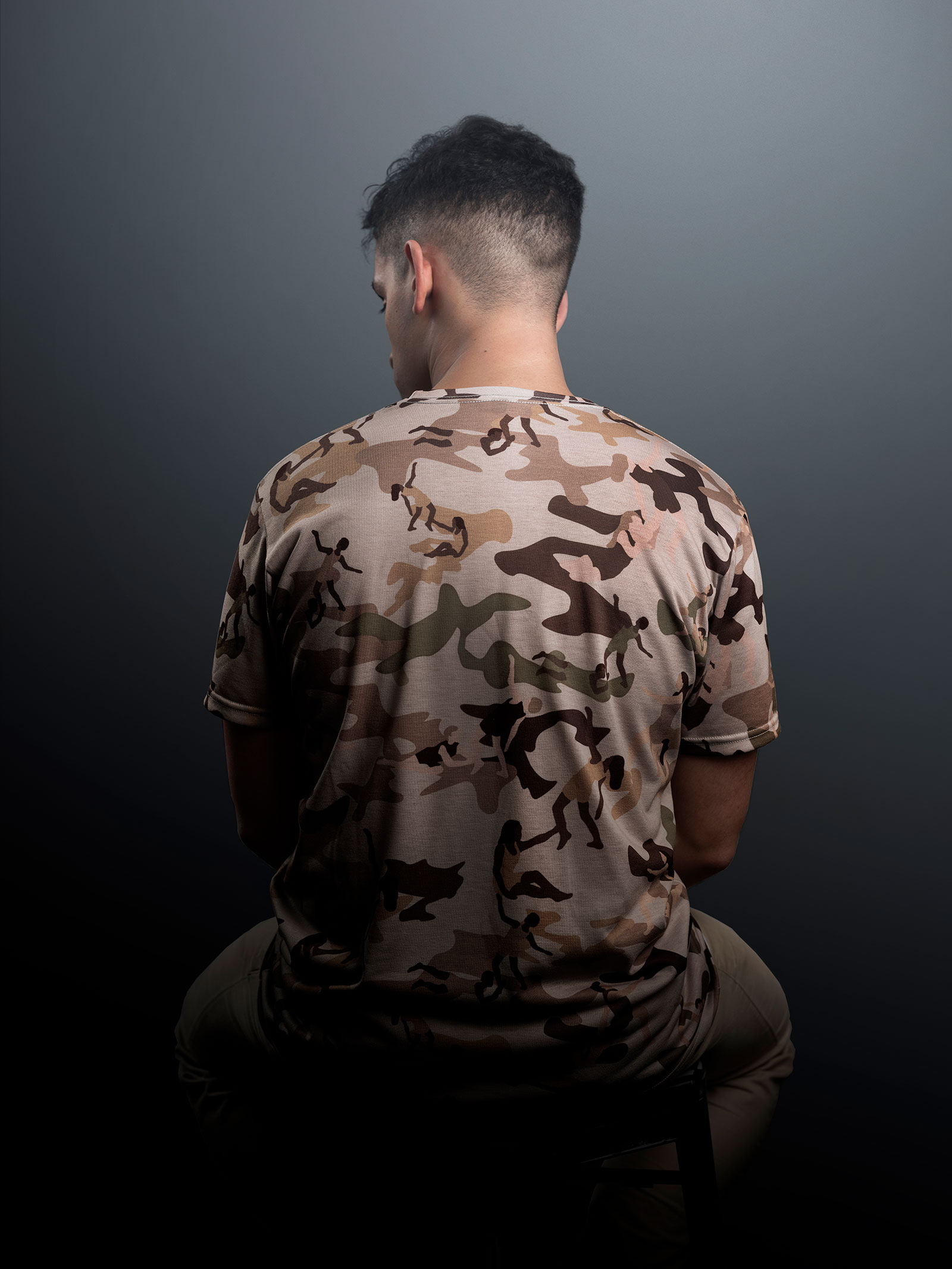 "Every week, over 500,000 Canadians miss work due to mental health issues," per Mental Fatigues. "This pattern illustrates the feeling that many Canadians in the workplace can relate to—that of being overwhelmed, or powerless." 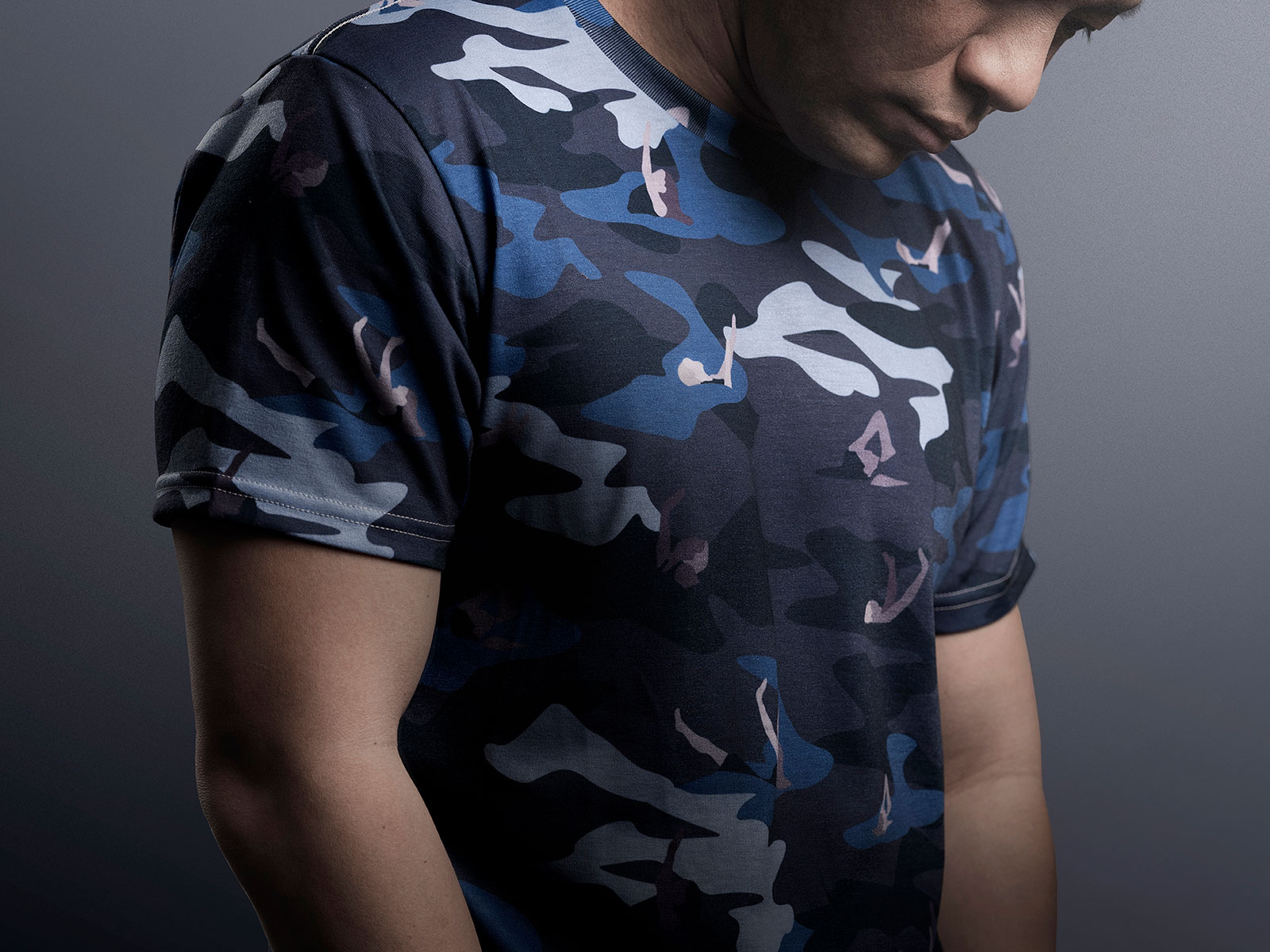 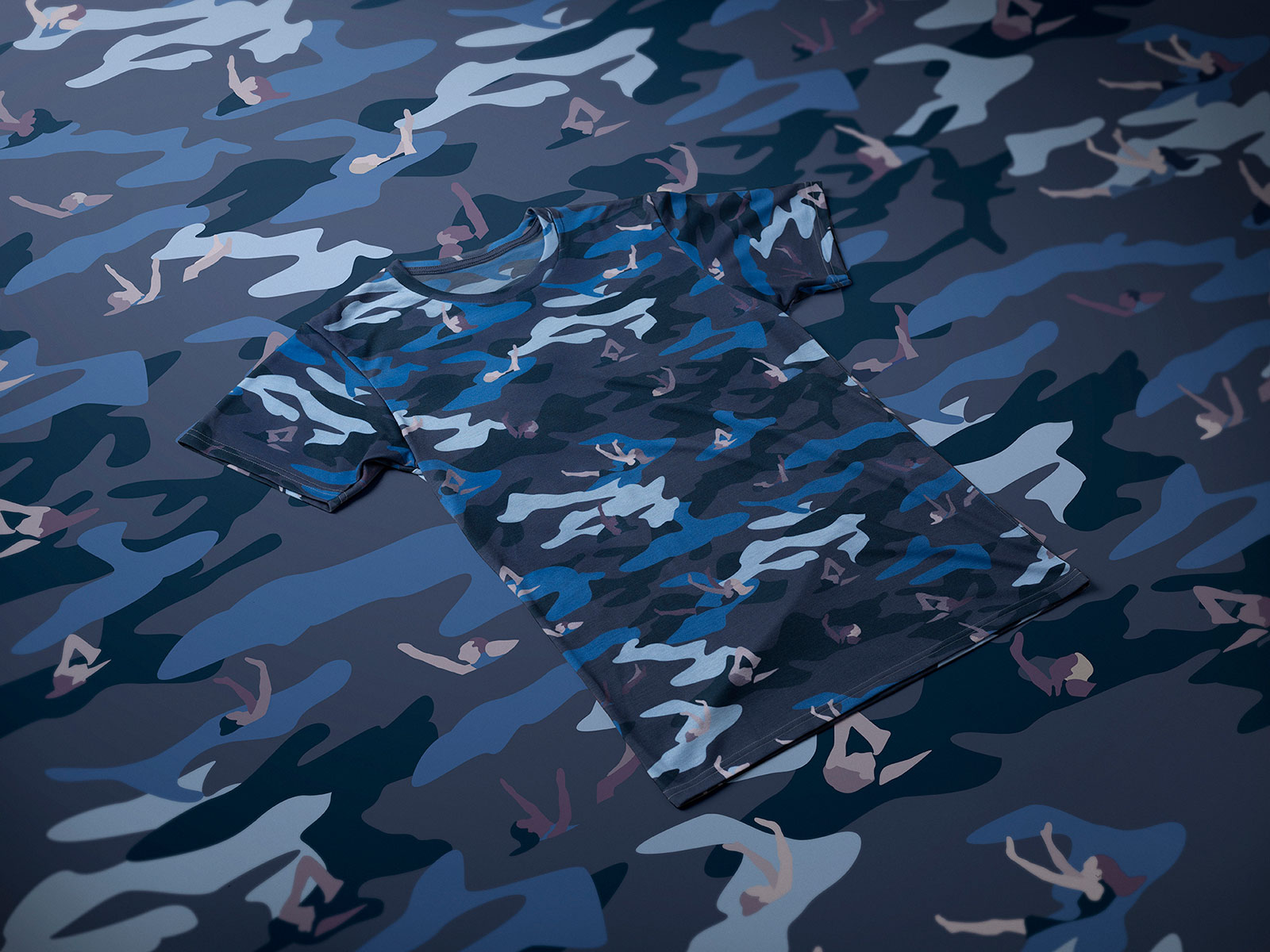 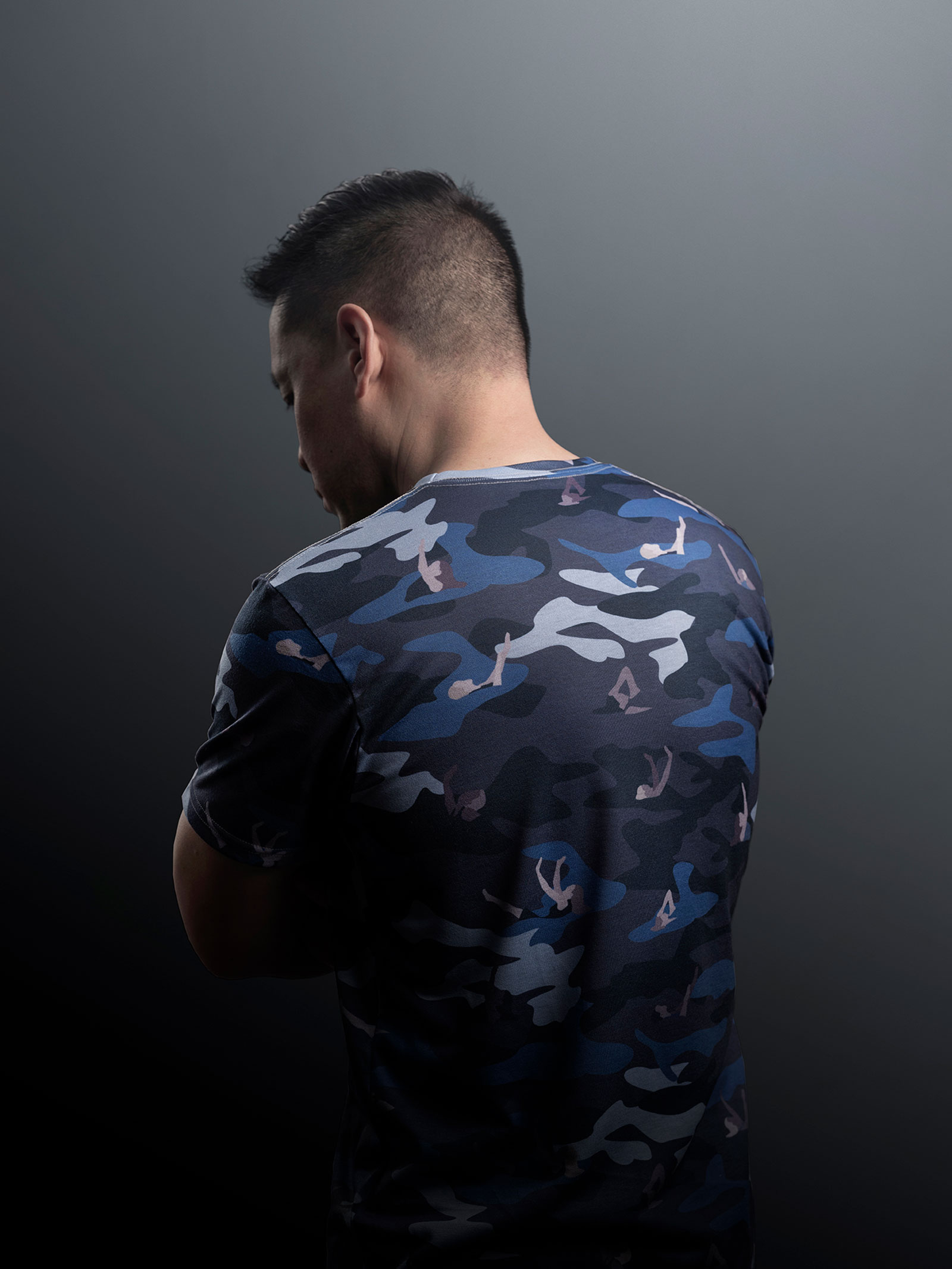 "Good ideas typically begin with a problem," Taxi associate creative director Lorne Heller tells Muse. "In this case, it was the tendency many of us have to hide our mental health, rather than talking about it, or getting the help we need."

The inspiration for using camouflage patterns "came from the fashion world, where they're having a bit of a moment," Heller says. "To us, that cultural relevance, paired with the fact that camouflage is, traditionally, a tool for concealing things, felt like an effective way to get people talking."

Though veterans disproportionately suffer from mental illnesses, and these fashions boast camouflage iconography, the funds aren't tagged specifically for that population. (AT&T made somewhat similar use of military markings for a 2018 poster series, but that work advertised the company's commitment to hiring vets. Despite its symbolism, Mental Fatigues pledges to assist folks in general.)

"While we discussed the connection and relevance of this idea to veterans, we wanted to use camouflage to speak pointedly about the way society as a whole has a tendency to hide their struggles with mental health," says Heller. 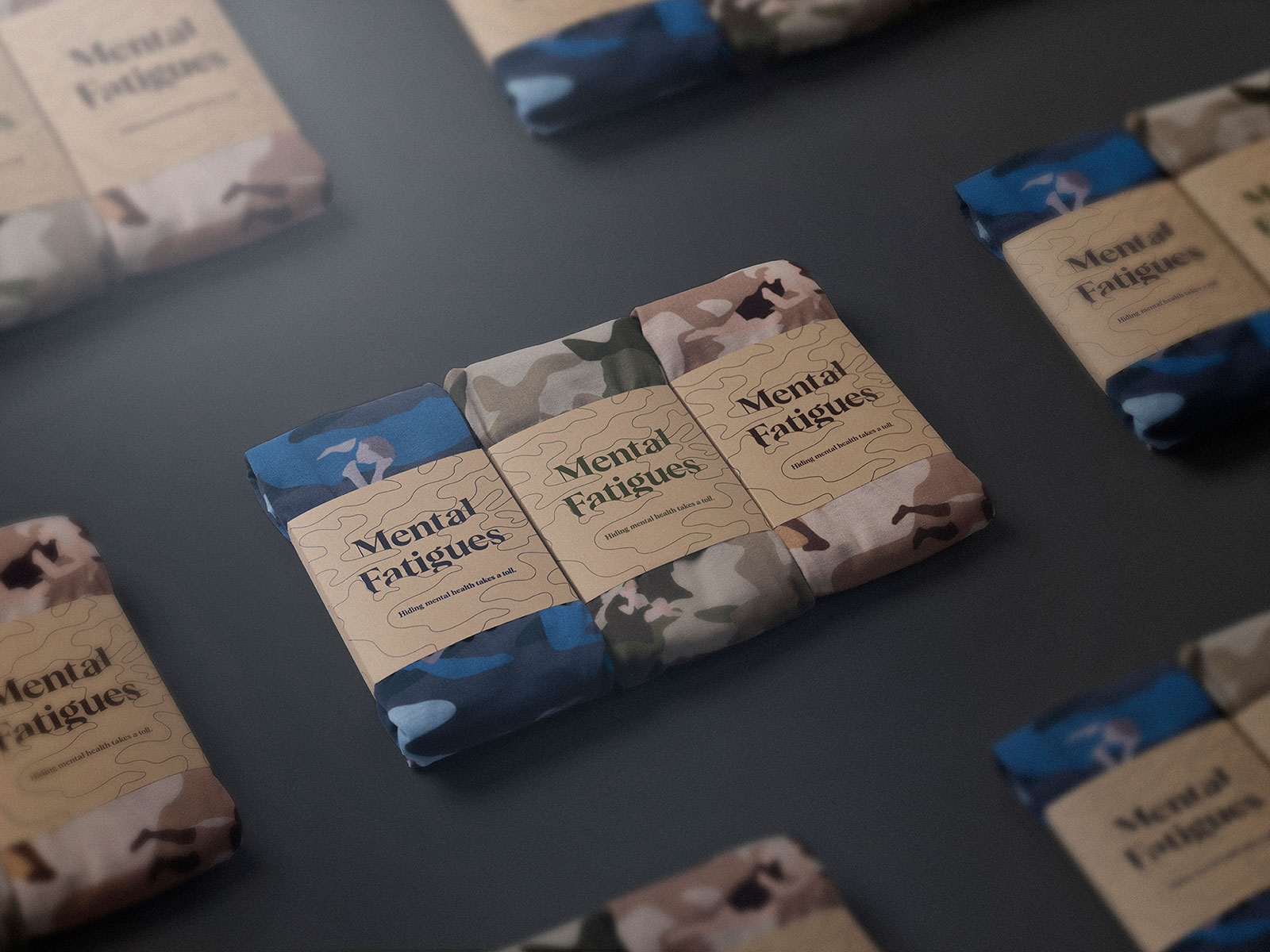 All proceeds benefit the CMHA—"helping to provide advocacy, programs and resources that enable all Canadians to flourish and thrive," the group says—but that's not the main mission.

"Raising funds is great," Heller says, "but ultimately, if Mental Fatigues can encourage or facilitate even a handful of constructive conversations, it's done what we intended."