Jean-Michel Basquiat Returns on a Custom Array of Coach Bags 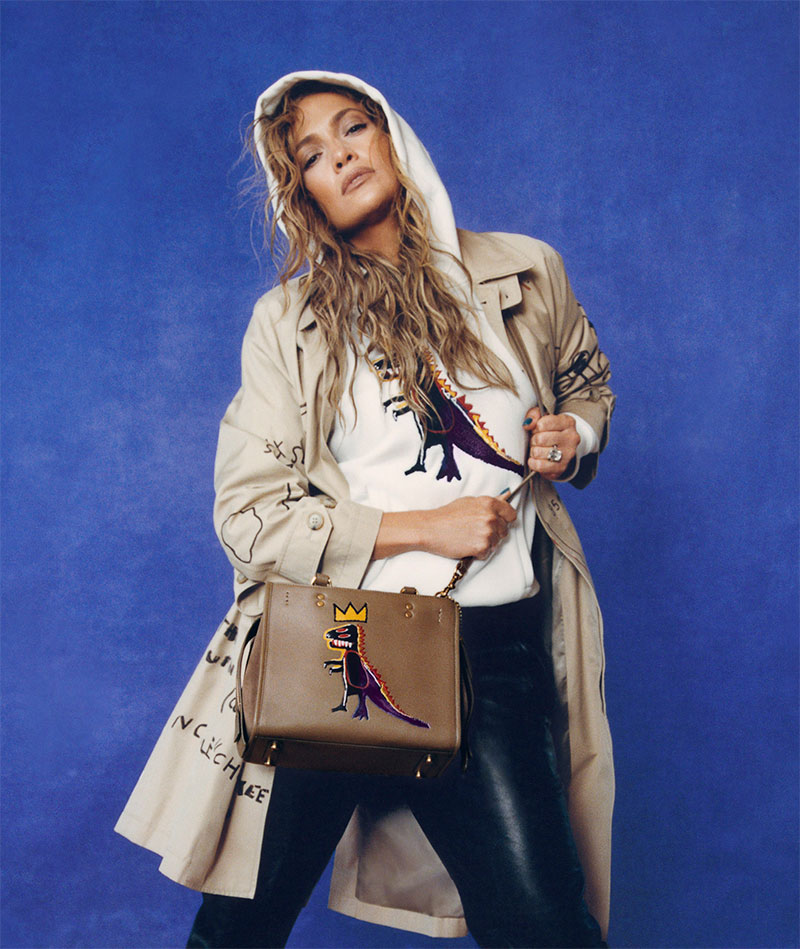 Coach's latest collection is a vivid incorporation of the works of artist Jean-Michel Basquiat. Shot with photographer Micaiah Carter, it features iconic Basquiat symbols—like the crown and the dinosaur—and is supported by a shining array of famous faces.

Among others, Jennifer Lopez, Michael B. Jordan, Jeremy Lin, Paloma Elsesser, Jon Batiste and Yang Zi all appear in the campaign, as well as entrepreneur Jessica Kelly, Basquiat's niece.

The organizing theme is family—the ones you're born into, and those you make.

Basquiat, who died at age 27 in 1988, made his mark as a graffiti artist in New York. His playful, introspective creations would eventually be filed under the category of neo-expressionism, once he started receiving serious nods as an artist. His work is a sharp response to colonialism, poverty and the paradoxes inherent to being Black in America. And because Blackness is not a monolith, he incorporated so many sides of himself: pop-culture nuances, different styles of image-making, Haitian mythos and Puerto Rican spirit.

"Jean-Michel Basquiat is one of my heroes," says Coach creative director Stuart Vevers. "He embodied the creative, inclusive spirit of New York, and was a force of change in his community. I'm proud to celebrate his work and values, and to share them with a new generation. And I'm honored by the trust and support the Basquiat family invested in me, and thank them for their help in creating both the collection and this campaign."

Even today, Basquiat lives in the space between contradiction—wealth and poverty, power and representations of the powerless. GQ points out that the licensing agent Artestar has been a longtime partner of the Basquiat estate, which means the artist's iconography appears on everything from New Era caps to Peloton uniforms.

But Basquiat was uniquely guileless about embodying the tension between money and art. In 1985, he posed for The New York Times Magazine, barefoot in a paint-streaked Armani suit. His entire trajectory is a story about how finally becoming a person able to make money, in a system that's fundamentally hostile to you, can be a revolutionary act.

Of course, like every artist who can no longer speak for him or herself, people pick what they want in their legacies.

There's something right about the release of this collection right now. Fashion is having a hard time rebounding from Covid; people just don't feel like buying stuff, maybe in part because you don't need to sport status affordances when you're mostly working from your kitchen table.

But we're also facing other kinds of culture shift. Black Lives Matter isn't just today's revolution; it's a long and protracted cry that, in our lifetimes alone, extends at least as far back as the Rodney King riots in 1992. What we're seeing today is only the latest iteration, and will extend into the future as long as we fail to acknowledge, and make amends for, the ways systemic violence infect culture.

That's all in the Basquiat wheelhouse. But it's also impacted the consumption mood: A shopping bag made by Telfar Clemens' brand Telfar has been crowned the Bushwick Birkin. It's modern and minimalist, but also revolutionary: Clemens is 35. The brand comes out of Bushwick, has a gender-fluid energy, and puts Black faces at the front and center of its advertising. Its slogan? "Not for You, for Everyone." Alexandria Ocasio-Cortez wore a Telfar bag to the Capitol in August, further reinforcing her political brand: She's not for them, she's for us.

So it's seductive to suggest that maybe Coach has caught on to the wind's direction. Being Black comes with buying power, and if you can align with the very legitimate struggles of Blackness in America, you easily also resonate with other people of color who relate to, and sympathize with, the struggle of feeling low on the priorities of both political and corporate culture.

How far we've come from the days Cristal turned its nose up to rappers. 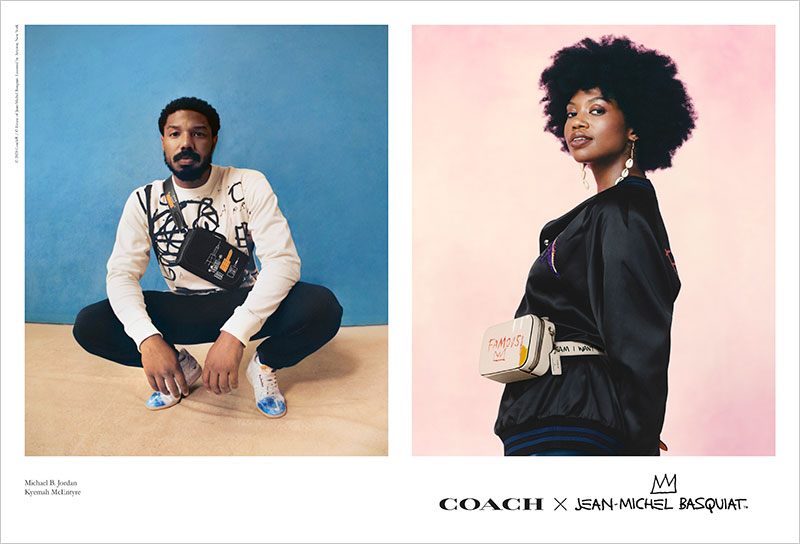 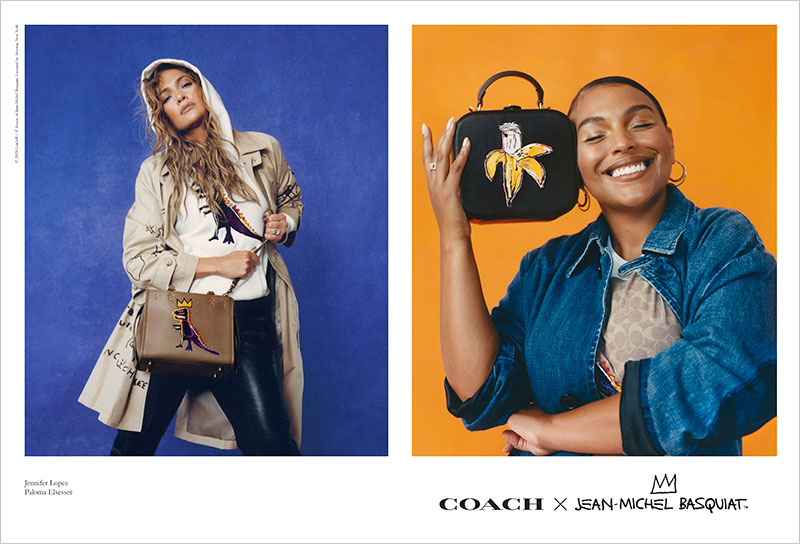 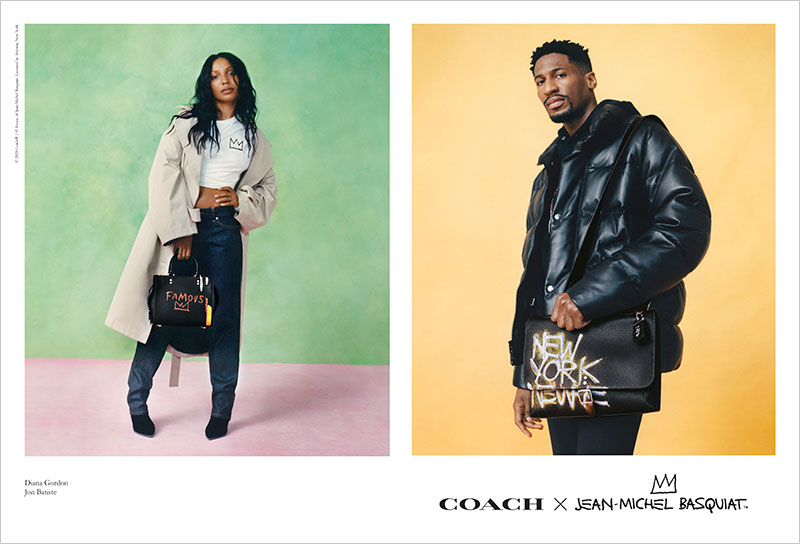 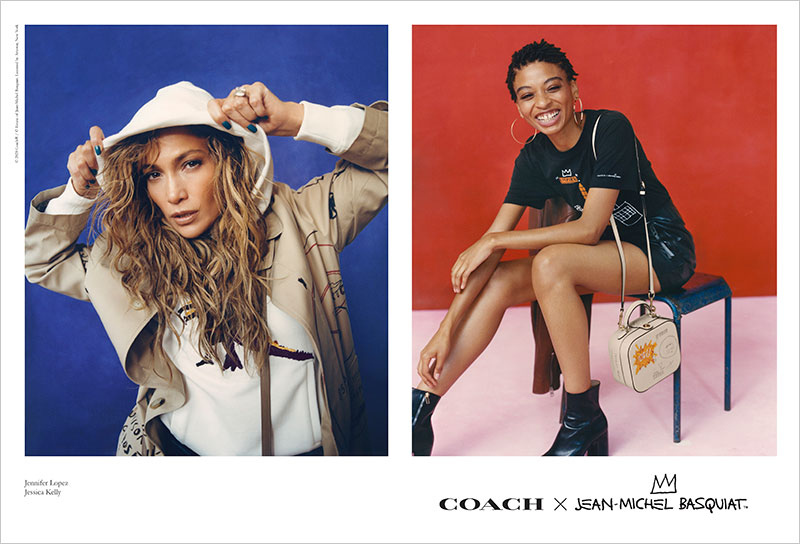 And of course, there's a relevance to place. New York was, maybe arguably, the state that suffered most in the early days of Covid awareness, and its less-white areas were the hardest hit. This has created a galvanizing feeling among New Yorkers, and Basquiat's work is New York through and through.

Coach, too, is a New York native. Founded in the 1940s by Lillian and Miles Cahn, its bags were inspired by the hardy, supple design and stitchwork of baseball gloves. The brand's first name was Manhattan Leather Bags.

Michael B. Jordan and the Coach Family | #CoachxBasquiat

The idea of creating your own family feels especially relatable to people who come from elsewhere, then find themselves in big cities like Manhattan. So much of finding yourself, and surviving the culture shock, becomes about creating families of affinity. That's another cool thing about this collection—it doesn't just evoke a time and place, but a sense of belonging, driven by a style that's casual, but distinctive and intimate.

Micaiah Carter says playlists were critical to setting the mood, citing Erykah Badu, City Girls, Playboi Carti, James Brown and gospel music as staples. (Jennifer Lopez brought her own tracks—remixes of her own music. "I was able to vibe with that and really connect with her," Carter says.)

"We love this collection from Coach," says Basquiat's sister, Jeanine Basquiat, representing the artist's family. "They've done such great work capturing the spirit and energy of Jean-Michel's work, and in bringing together the perfect group of artists to give this collection life. We've always been Coach fans, so this project was a dream for us." 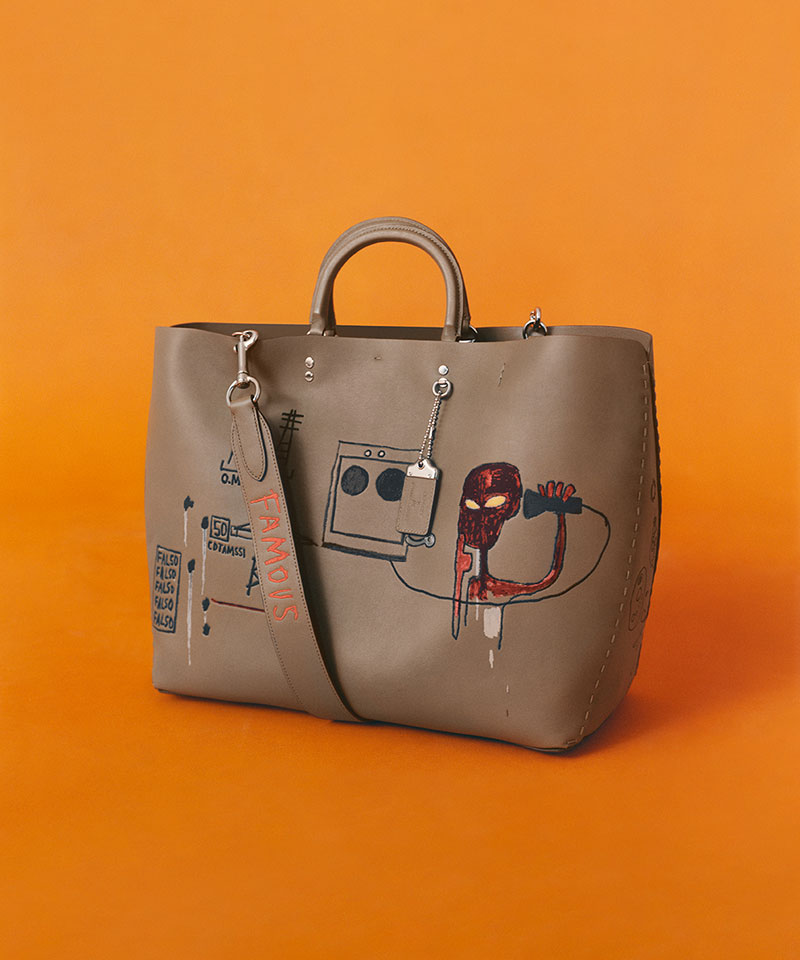 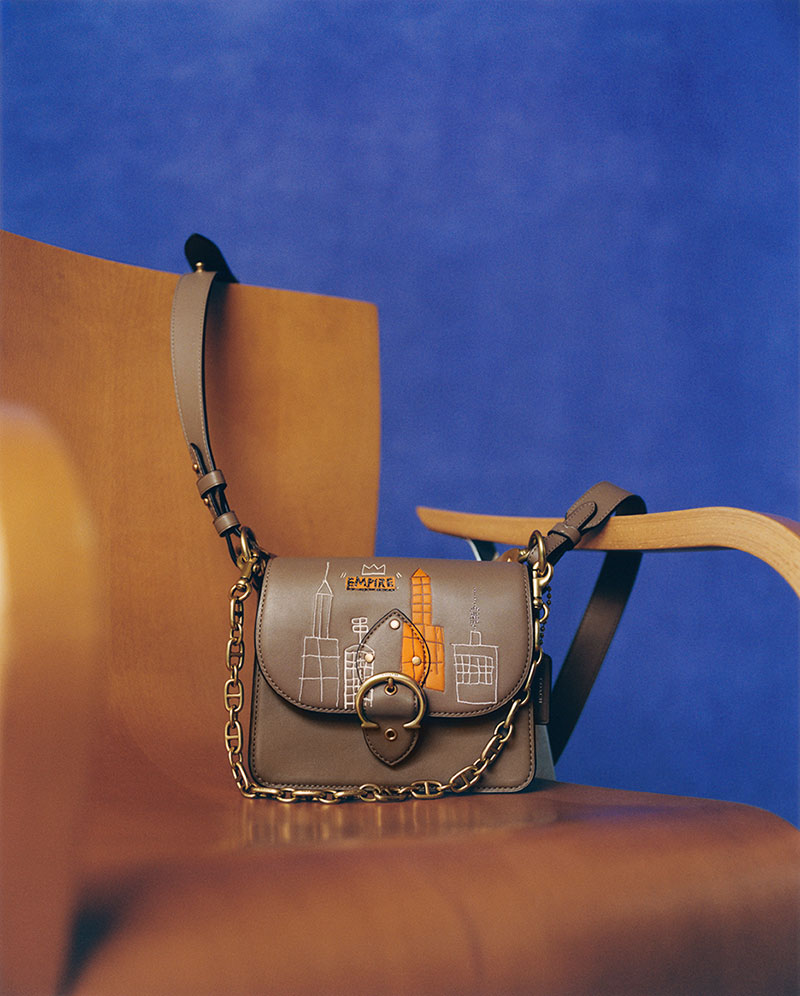 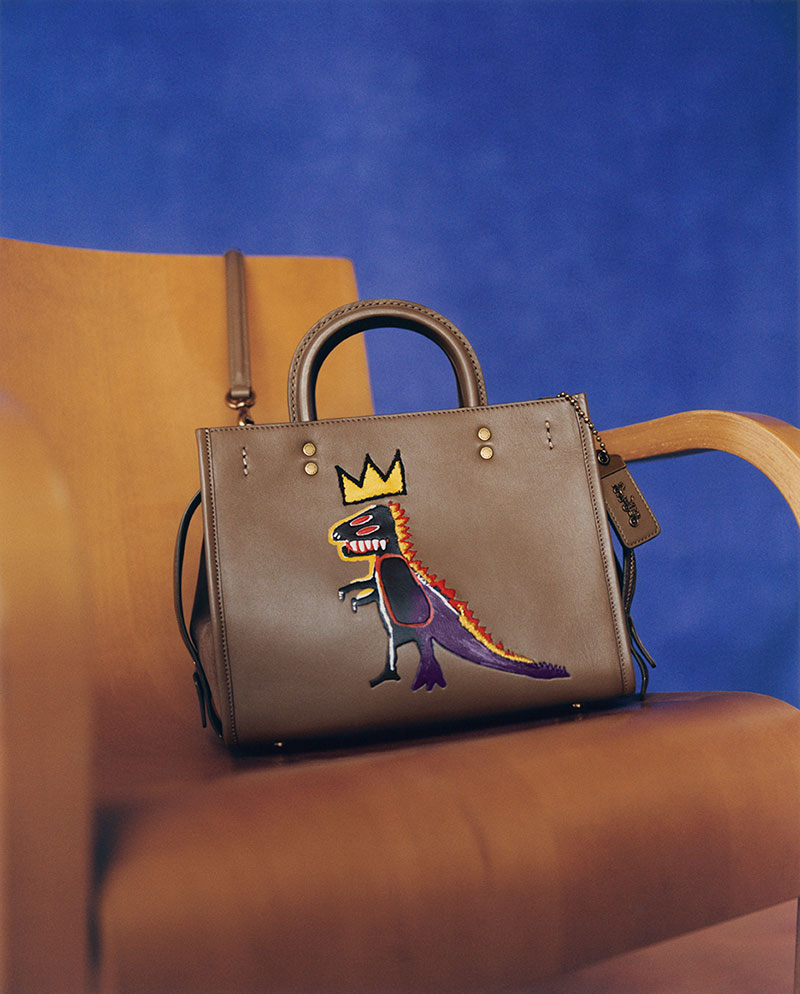 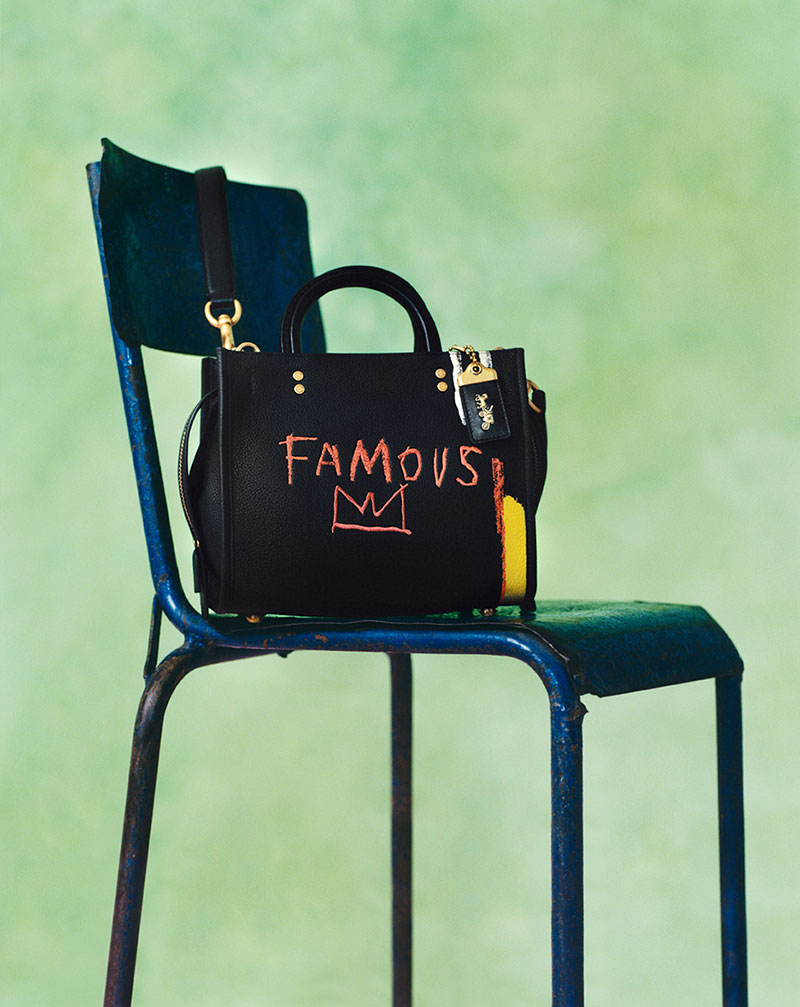 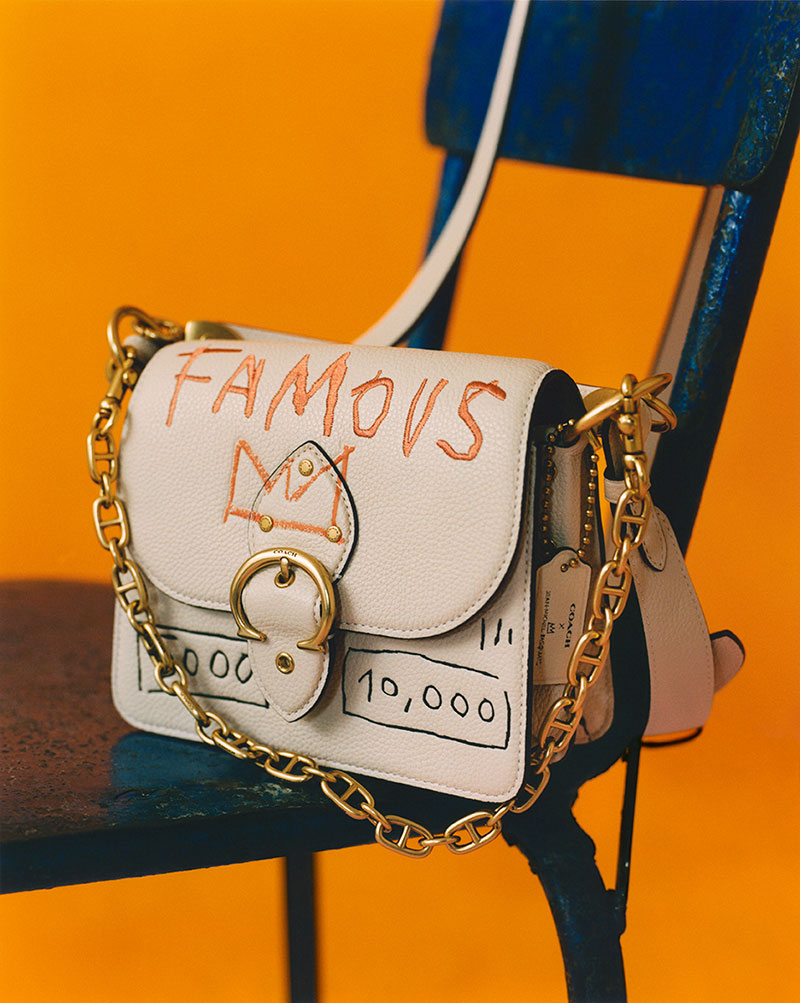 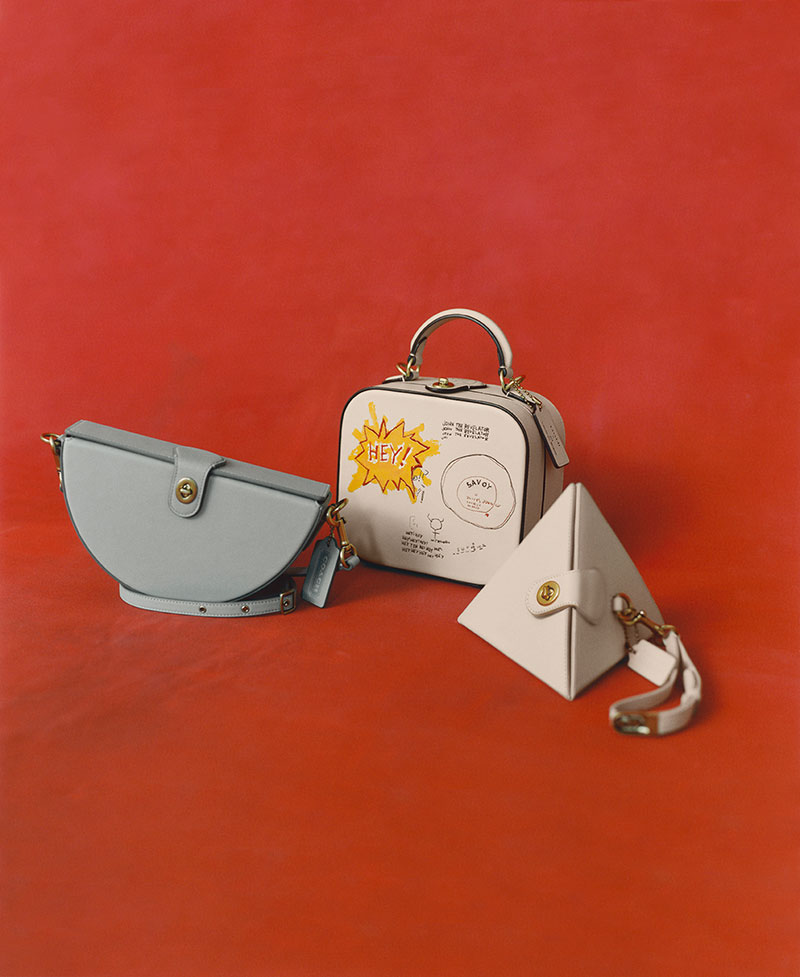 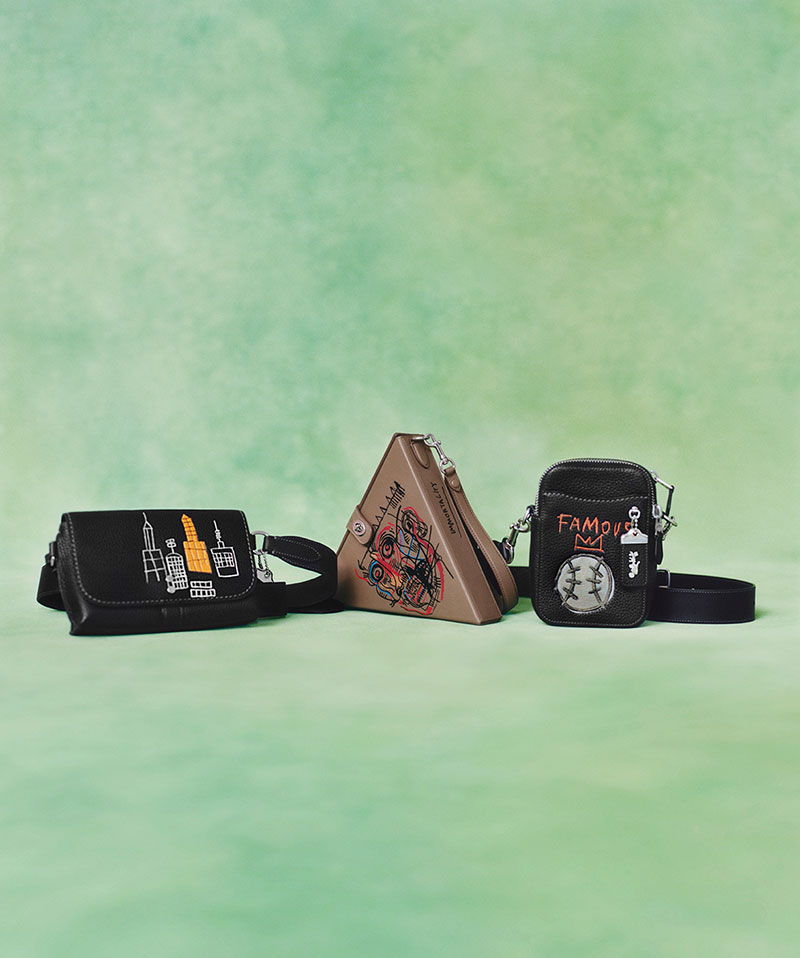 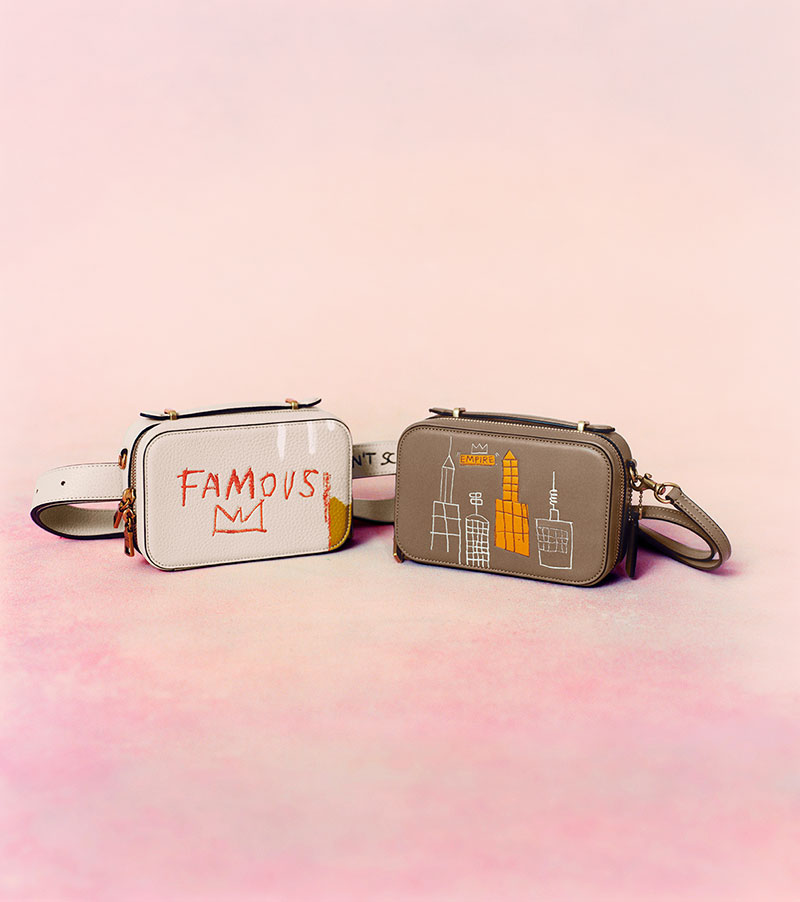 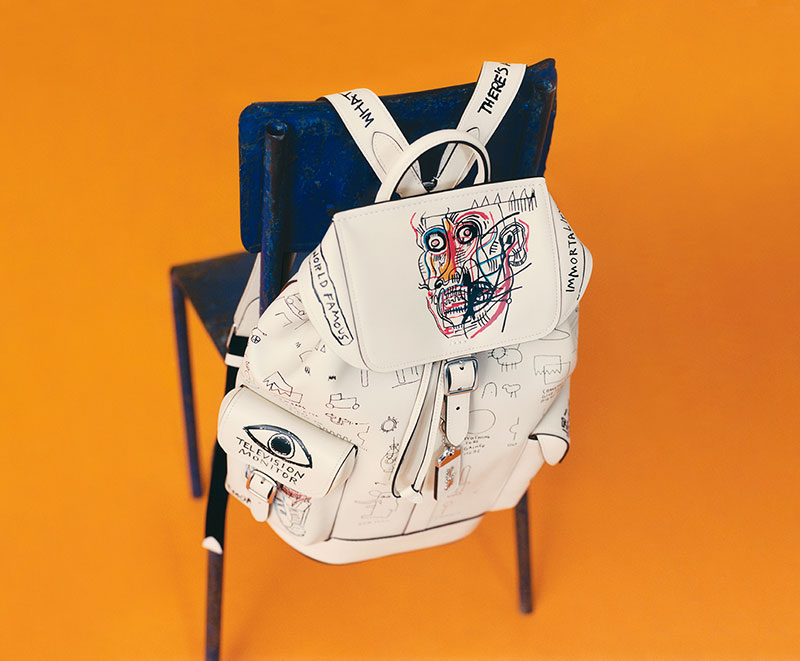