Iris Apfel, 97, Finally Writes Her Will ... for an Ice Cream Brand

The years melt away in Magnum spot

At age 97, Iris Apfel shows little sign of slowing down. Not only did the style icon just sign a modeling deal, she headlines the latest global campaign from Magnum ice cream.

In the clip below, we see Apfel poolside, and in rooms filled with vibrant fashions and beautiful objects, making out a tongue-in-cheek yet ultimately poignant will filled with unconventional bequests:

To her critics, she leaves her sense of humor. Painters receive her vibrant colors. Young people make out best of all, as she bequeaths them her inner strength and zest for life. "If you're not risking, you're not living," she says. "And please, be true to yourself."

In recent years, Apfel has pitched for automaker D3 and retailer Blue Illusion, spearheading a trend of older women taking key rolls in marketing campaigns. Magnum feels like a bit of a stretch, and the product's barely shown or mentioned. Still, she's a transcendent figure, and her distinctive presence, combined with the ad's unexpected subject matter, carry the day.

"Magnum is a sophisticated brand, not exactly for kids, but we are selling ice cream, so the target is mainly young adults," says Tomás Ostiglia, executive creative director at LOLA MullenLowe, which collaborated with Golin U.K. and MullenLowe Profero on the work. "Using an older person in the ad doesn't mean that we are addressing the elderly—nothing is further from this. On the contrary, her eternal youth shines through at every turn."

As for focusing on a will, Ostigli says, "we found it very powerful that a 97-year-old person speaks so eloquently to younger generations, essentially telling them that everything she will leave behind isn't material but spiritual. And she says it with the authority and honesty of someone who has lived a very interesting and authentic life."

Ostigli has wanted to work with Apfel on Magnum for some time, "but we usually ended up using younger people with more reach, like Kendall Jenner and Bella Hadid." This time, however, the client agreed to take a chance, and Ostigli believes the work has breakthrough potential.

That's not to say everything went smoothly. On the day of the shoot in Miami, the nonagenarian designer, entrepreneur and author "arrived on set in a very bad mood," he recalls.

"It was an extremely hot day, and very early in the morning. The director, Martin Werner, was patient and calm and did a stealth job directing her almost without her noticing. It was as if they were two friends who got together on a Sunday for a chat. We were all mesmerized, and before we knew it the day had slipped away and the movie was done. And then, of course, we were all in good moods."

In addition to the video, Apfeld's words and trademark specs adorn these appealing posters: 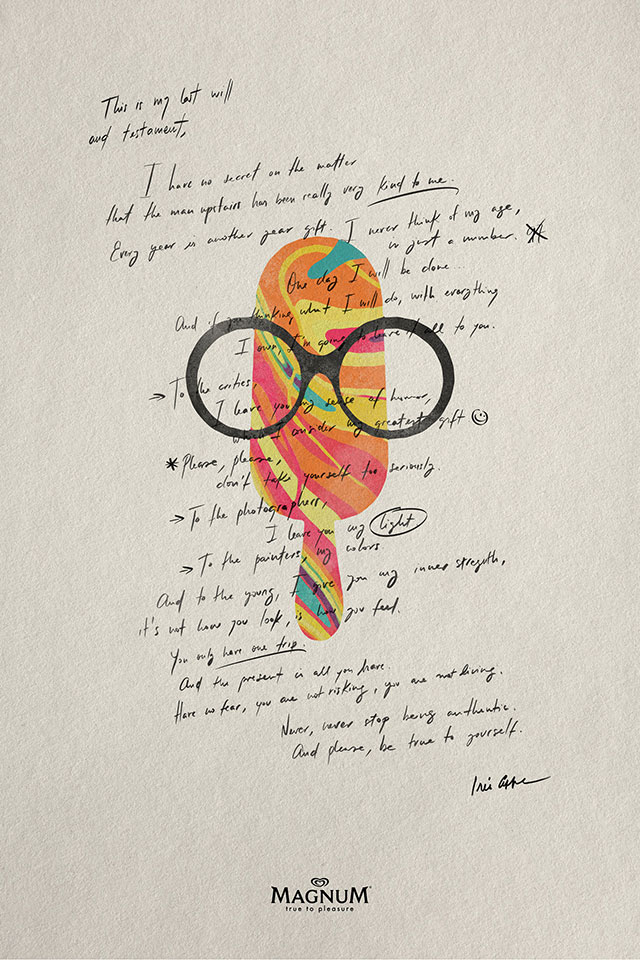 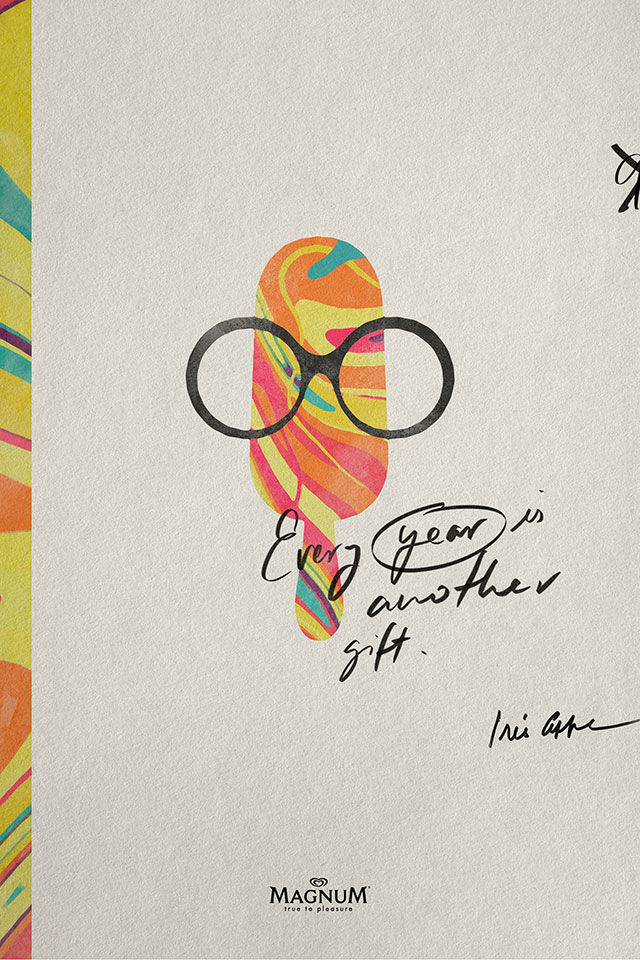 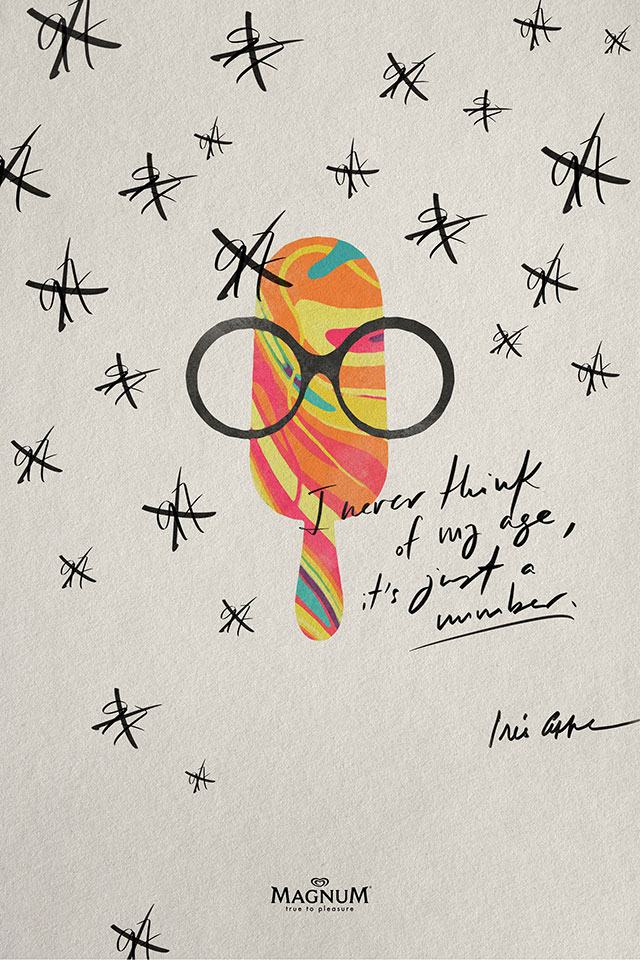