How Diesel Disarmed the Enemy With Its Own Brilliant Knockoff Store

The story of the 'DEISEL' shop in NYC

Counterfeit product is a scourge on the fashion industry. For Diesel, it's a particularly loathsome problem, as by some accounts, the Italian clothier is the victim of more knockoff product than any other fashion house.

Which is why it was so delightful, earlier this year, to see Diesel tackle the issue in a way that wasn't heavy handed or bad tempered.

Rather, with help from Publicis, it dreamed up an impossibly joyful response to the problem—opening its own knockoff store on Canal Street during New York Fashion Week, from which it sold blatantly fake-seeming but actually deviously authentic clothes emblazoned with a comically misspelled "DEISEL" logo.

It's a pretty brave idea with a great high-low dynamic—conceptually brilliant, yet ripe with the promise of broadly accessible comedy.

The store—which sold DEISEL T-shirts, sweatshirts and hats, as well as denim and lifestyle products—was open for a few days in February. Publicis set up cameras and recorded shoppers' reactions when the clerks insisted, rightly if totally unbelievably, that the goods were in fact real Diesel. (The one-of-a-kind products quickly became collector's items, selling for a hefty premium on eBay, once the public was clued into the stunt.)

The footage from the store was compiled for an amusing video that took the campaign well beyond Canal Street:

DEISEL - Go With the Fake

Bird and his team, including the client, were stationed in a shop two doors down, watching the confusion as it unfolded.

"We were watching the live feed, and it was hysterical," says Bird. "Our two improv meeting guys in the store—they were superstars as well. They made it very funny."

The idea for a knockoff store emerged from an open brief at Publicis as it worked to prepare Diesel for New York Fashion Week.

"A lot of teams contributed, and one of the ideas was this one," says Bird. "It's one of those ideas that when you see it written down on paper, you immediately realize it's a smart idea. It's an immediate idea." 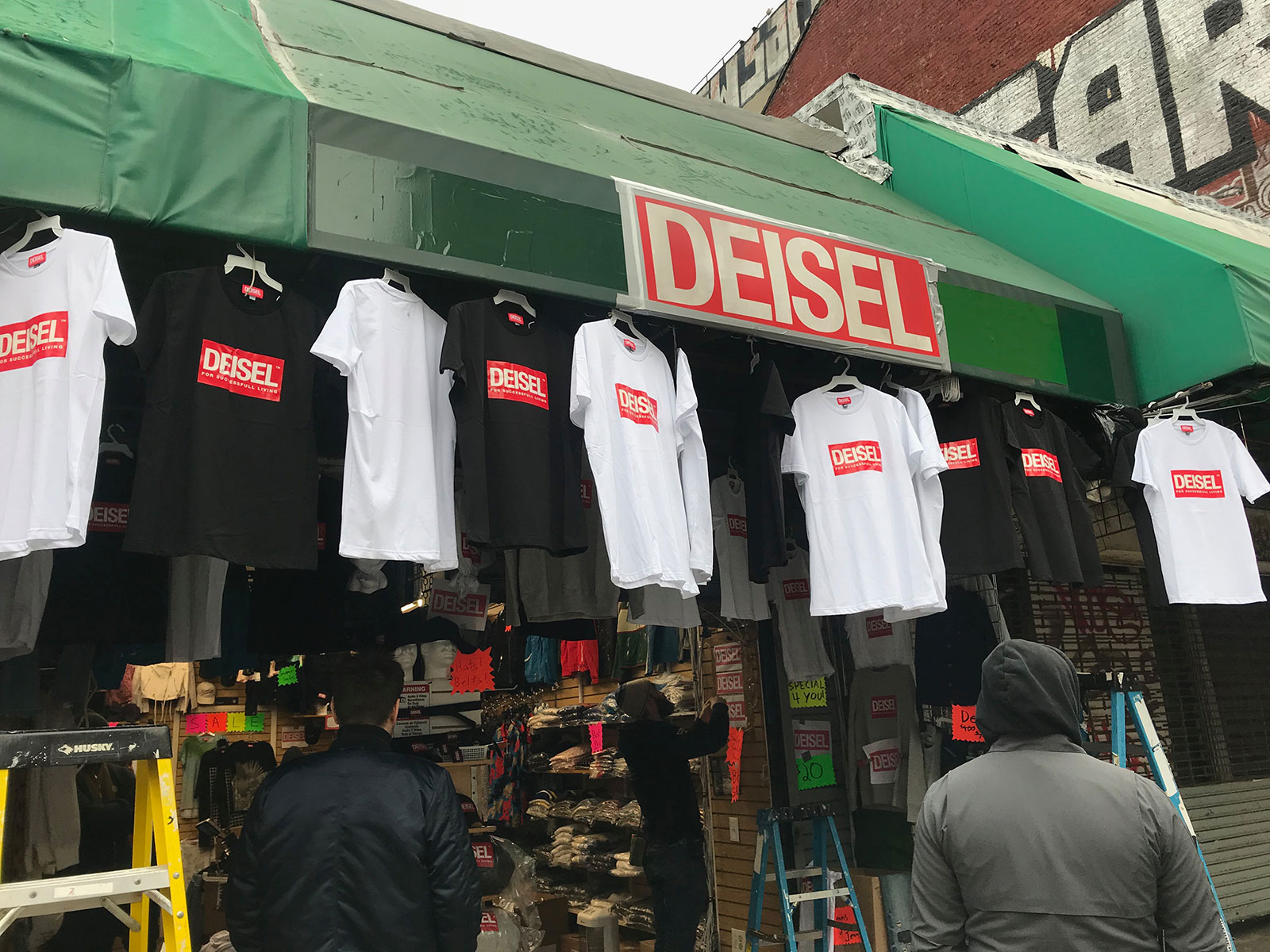 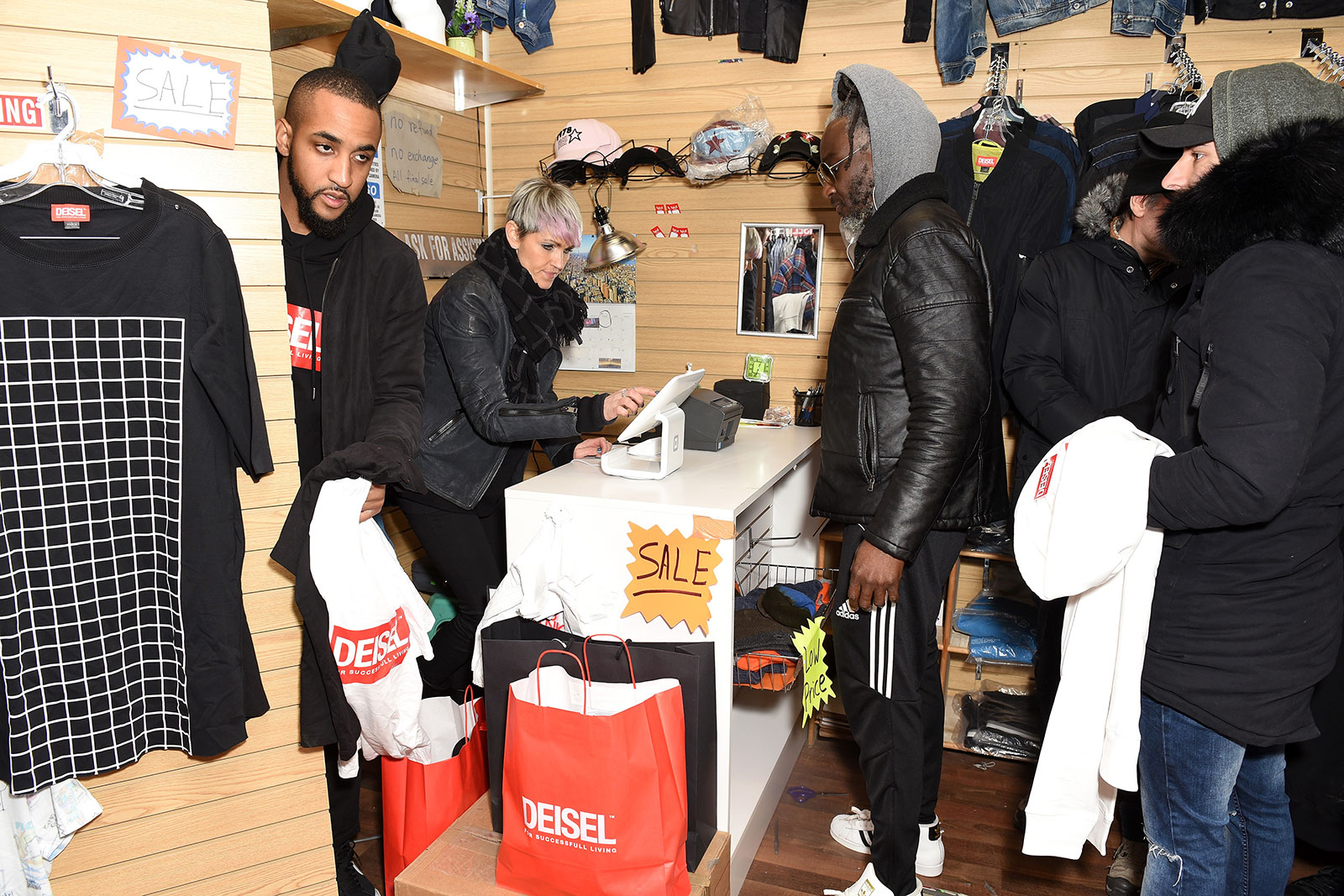 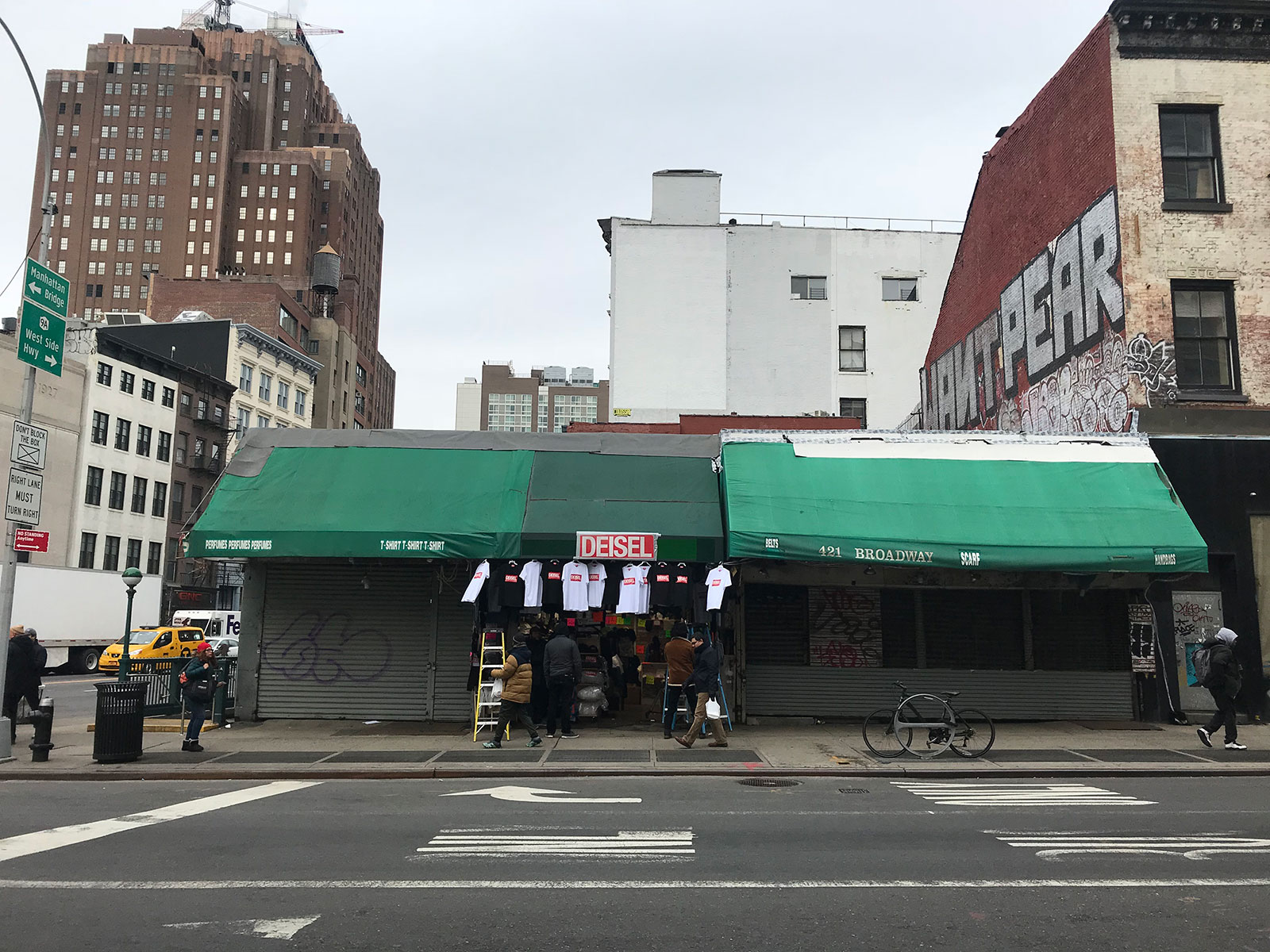 The idea came from Publicis New York associate creative directors Bryce Hooton and Kristen Koop. And it fits perfectly into Diesel's current brand positioning, "Go With the Flaw," which celebrates life's and people's imperfections. Nothing is more imperfect than a counterfeit, after all.

“Knock-offs are one of the biggest fashion flaws, so we felt the best way to combat the issue, while tying it back to 'Go With the Flaw,' was to change the game and have Diesel embrace their own counterfeits," says Koop. "We changed the conversation and got people to pay more for authentic knock-offs, turning a negative into a positive and making Diesel more relevant than ever to the fashion industry.”

“I’ve always loved Diesel’s subversive approach to everything," adds Hooton, "so the moment we wrote this idea down—after about 100 other ones—it felt right. We had so much fun blowing it out, and by going with the flaw, we were able to create something that was not only on-brand, but also took on the counterfeit problem in the most Diesel way possible. I occasionally see people wearing their DEISEL gear on the streets, and I still get a kick out of it.”

The logistics of getting the campaign produced were complex, to say the least. It involved designing and manufacturing completely new clothing, as well as securing retail space. But curiously enough, it all went off without many complications.

"I have to take my hat off to our production department here," says Bird. "The securing of the lot. The setting of the cameras. It was like a military operation for weeks in advance. It's quite hard to believe there wasn't really any big mishaps. It was perfectly run."

Bird also credits Diesel for not only embracing the idea, but pushing it further.

"I don't think I've met a client as willing to take a risk and to invest in an idea like this," he says. "Financially, it wasn't a huge investment, but you can imagine the logistical investment of making the clothes well in advance of New York Fashion Week. It was a huge undertaking for the brand and for the people at Diesel. From start to finish, they were behind it—they pushed us, actually. At no point did they flinch. It was quite the opposite." In the end, it was a live stunt, a design hack, a commerce idea and a PR masterstroke all wrapped up into one.

“Diesel always had this courage that allows the brand to stay ahead of the game. That means not being afraid of having a point of view on society that creates conversations that can go either way," Bruno Bertelli, global chief creative officer at Publicis Worldwide, tells Muse.

"In this case, we used Diesel’s point of view on perfection to create a conversation around knockoffs during New York Fashion Week. The link to the product was so strong that each of the Deisel drops sold out in a matter of minutes and resurfaced as collector's items for a much higher price. This proves once again that great marketing can deliver a much higher return on investment.”

Check out the case study film below: