Gucci's 'The Ritual' Finds Models Doing Whatever They Do at Home

Everyone has to improvise during Covid 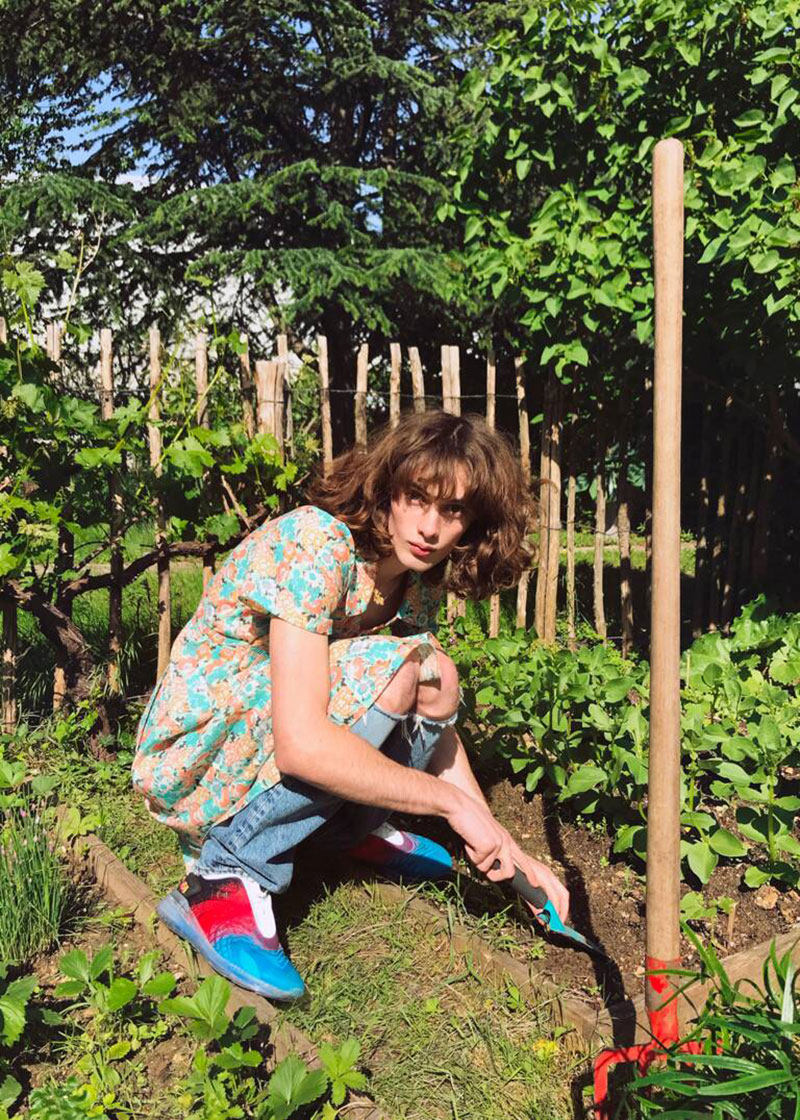 The infectious "Alright" by Supergrass holds together this whimsical work for Gucci, which features a bright menagerie of people … and also dresses and platforms, pink plastic gloves, messy red kisses on faces, crooked eyeglasses, vacuum cleaners, a pretty big lizard, and at least one harp.

"I let the models build their own images. To act as photographers and storytellers, producers and scenographers," explains Alessandro Michele, who's been the creative director of Gucci since 2015. "I asked them to represent the idea they have of themselves. To go public with it, shaping the poetry that accompanies them. I encouraged them to play, improvising with their life."

Unavoidably, Covid lingers forever in the background. Clothes were sent to the homes of models, who did what they wanted with them. So everybody's at home, having thrown on a few Gucci bits in any iteration they pleased, playing something out to the soundtrack. It's almost a trance, gender fluid and messy, a celebratory flare in a confined world—the opposite of Imma's sterile quarantine perfection for Ikea Japan.

There's a surprisingly coherent line of beauty in "The Ritual," which feels like an altar to our entanglements, the waters we trouble. We're all here, united in a playful reprieve from our frustration and solitude, sharing pieces of our insanity and our dreams—applying lipstick to cherries, exercising with cats, or just doing the laundry in a flouncy dress (a phase we also had, weirdly enough, during the bleeding days and nights of confinement).

Christopher Simmonds art directed the work, which the group calls "an experiment of magic neorealism with an undetermined outcome." Michele abdicated his role as director, "[surrendering] to the idea that beauty can appear, unpredictably and wonderfully imperfect, through the absence of control.

See some print work below.