Who says there's nothing going on at the mall anymore?

We do, actually. But Sleek Machine proved us wrong with this fun, frenetic activation celebrating the recent reopening of fashion retailer Primark's flagship U.S. store at the massive King of Prussia Mall in Pennsylvania.

To illustrate Primark's vow to help every customer "dress like a celebrity, without spending like one," the agency hired actors to portray paparazzi and had them follow shoppers around. It also turned store employees and visitors into walking billboards by having them carry ginormous shopping bags all over the mall.

Oh, the brand-driven fun they had!

Check out the social videos below, with regular people getting the celeb treatment:

The shoppers who get pursued were actually local folks hired through a casting agency and paid to appear. But some of the "paparazzi" were real shoppers who spontaneously began recording the scene on their phones, not realizing it was staged.

So, basically, nothing going on that day was quite what it seemed. (At the mall, it never is.)

"There was a legit buzz in the mall about 'real celebrities' being there," Sleek Machine associate creative director Jeff Marois tells Muse. "We overheard a ton of arguments between people about who the celebrities were. It worked so well, there were times we were a bit concerned that the crowd around our everyday shoppers was growing too large. At the end of the day, we all agreed this was the craziest, most intense shoot all of us have ever done."

The videos strive for an edgy TMZ vibe with the copious use of black bars obscuring people's faces. Plus, some of them actually wouldn't sign releases to appear in the ads. They're no fun—they should just stay home and shop online.

Meanwhile, check out the photos of the giant bags below. 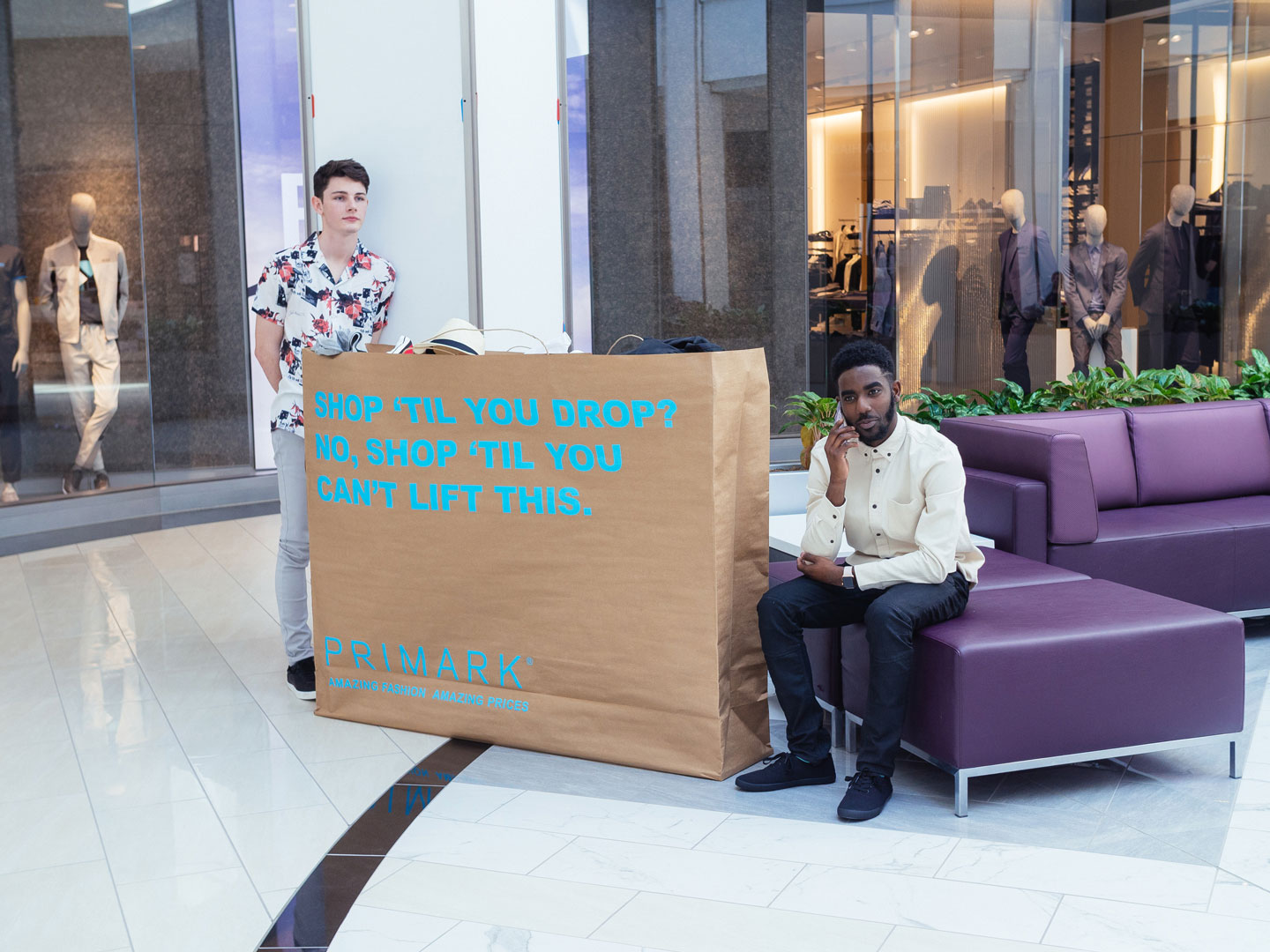 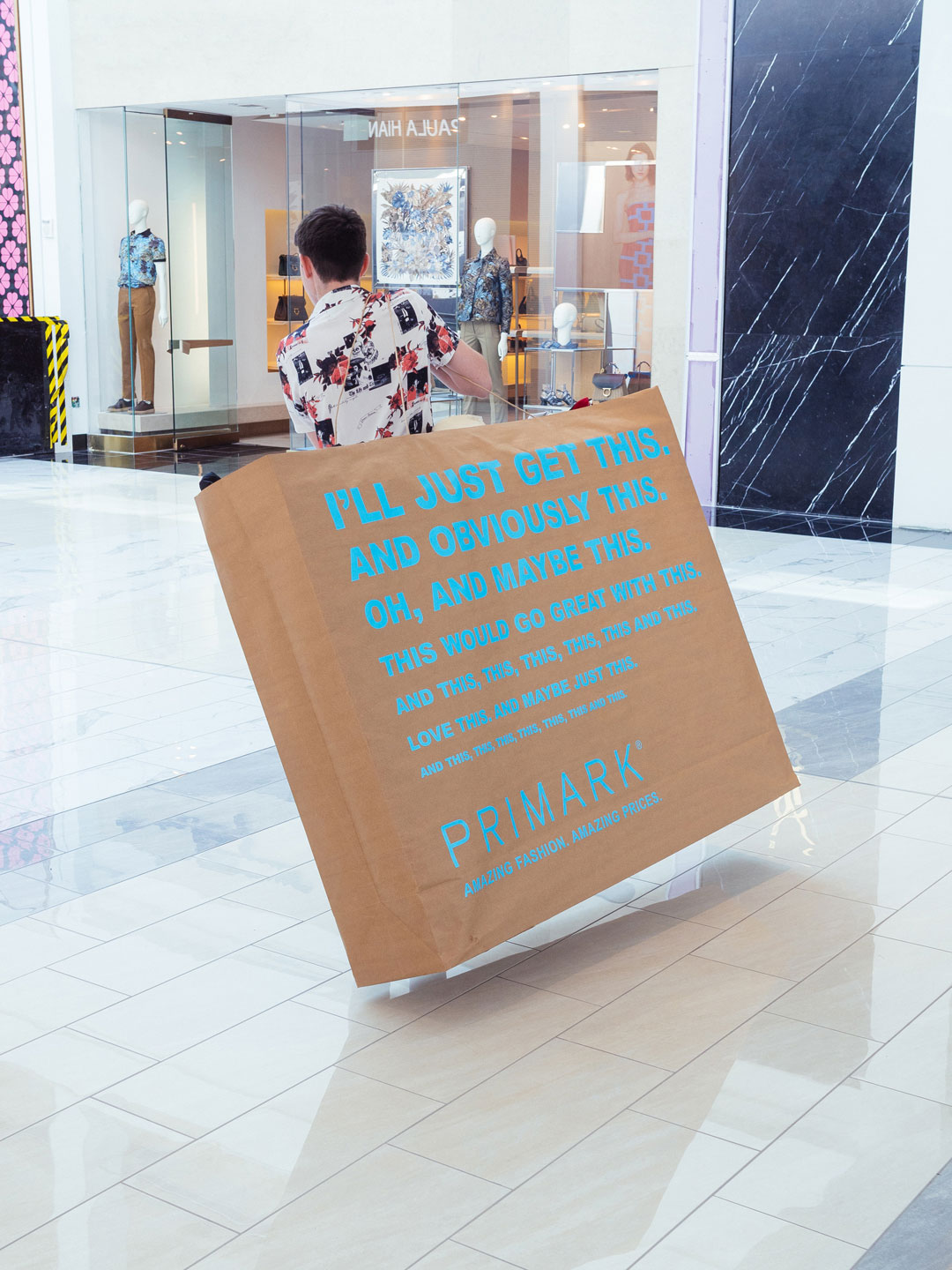 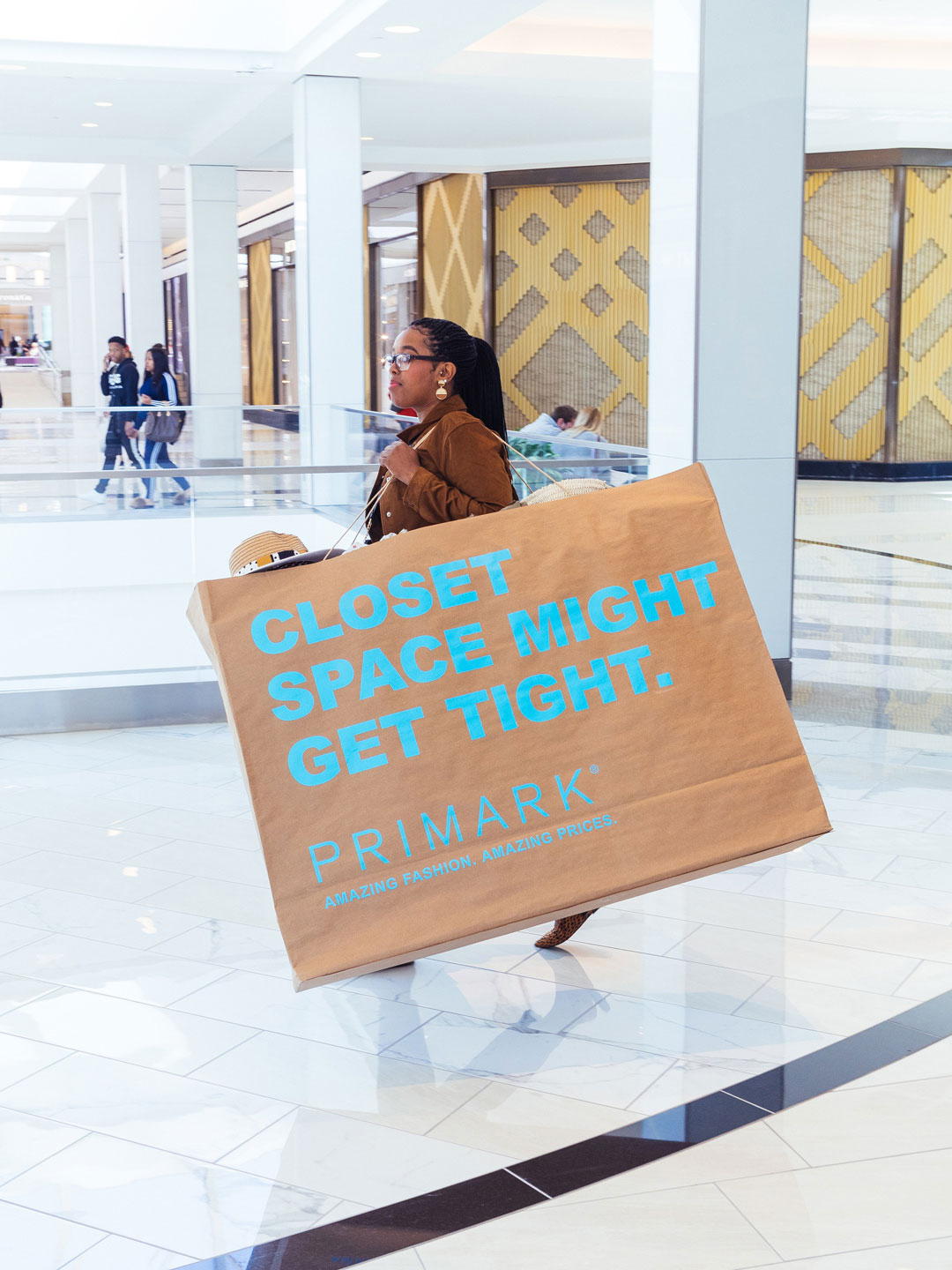 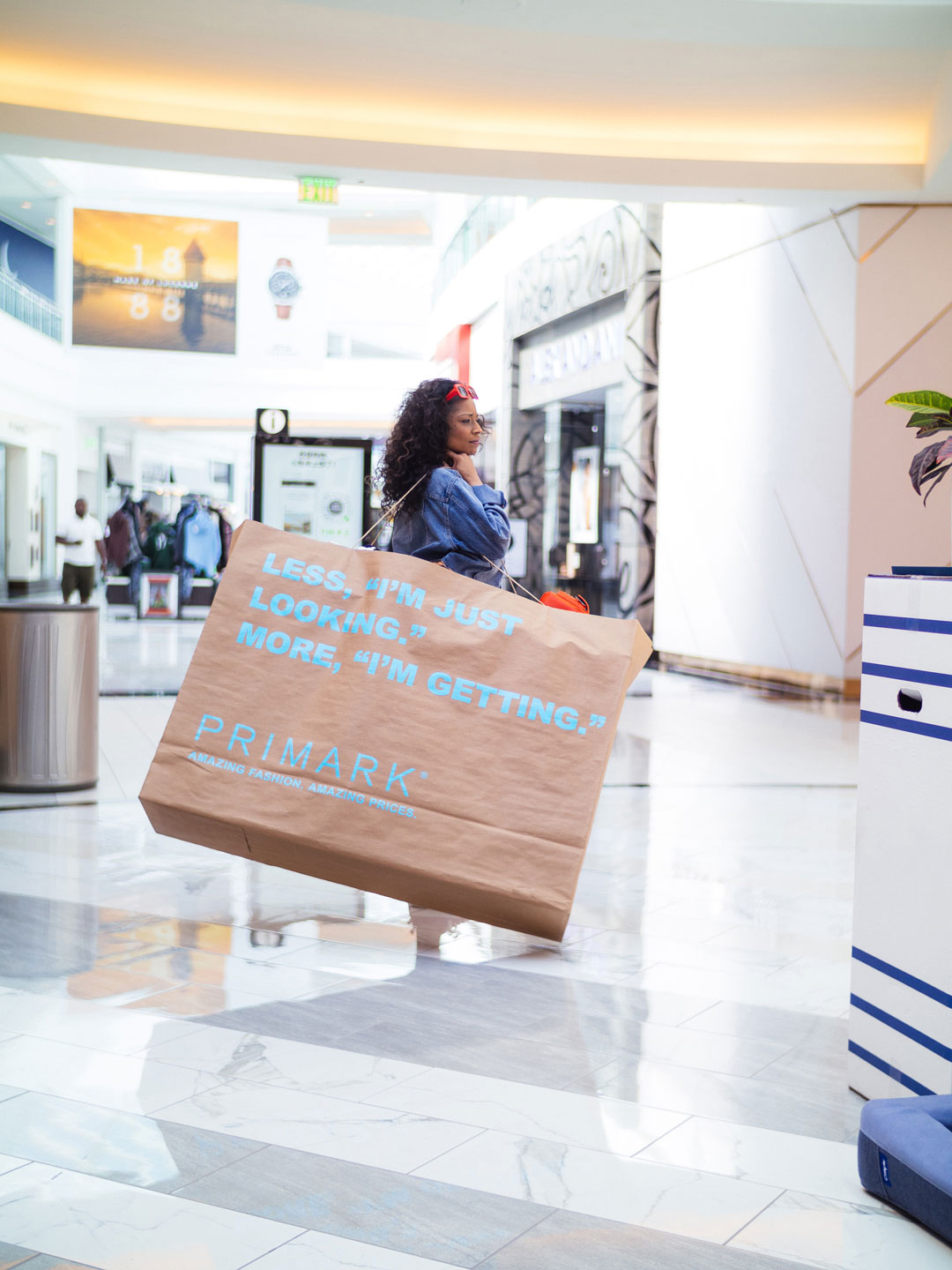 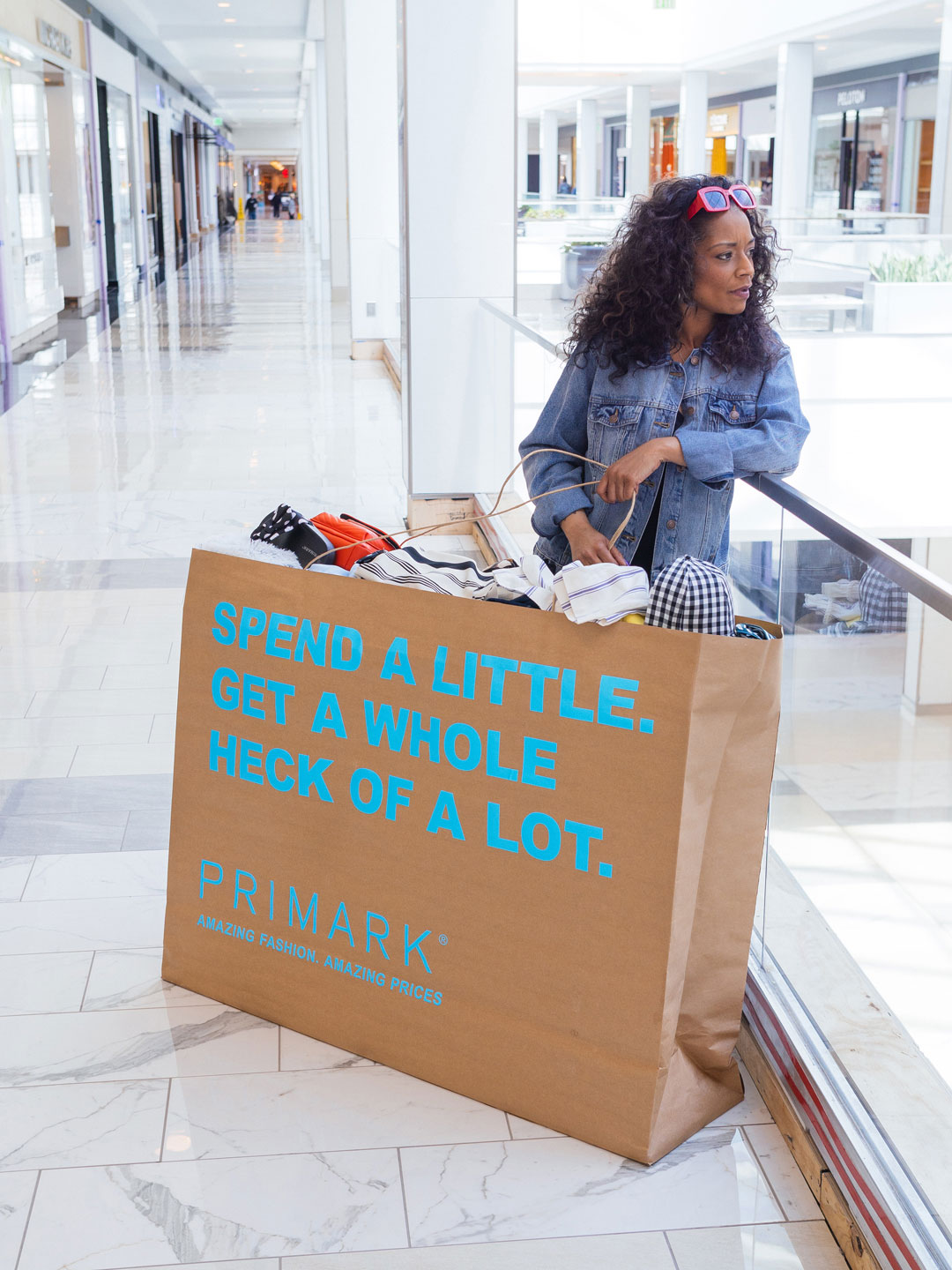 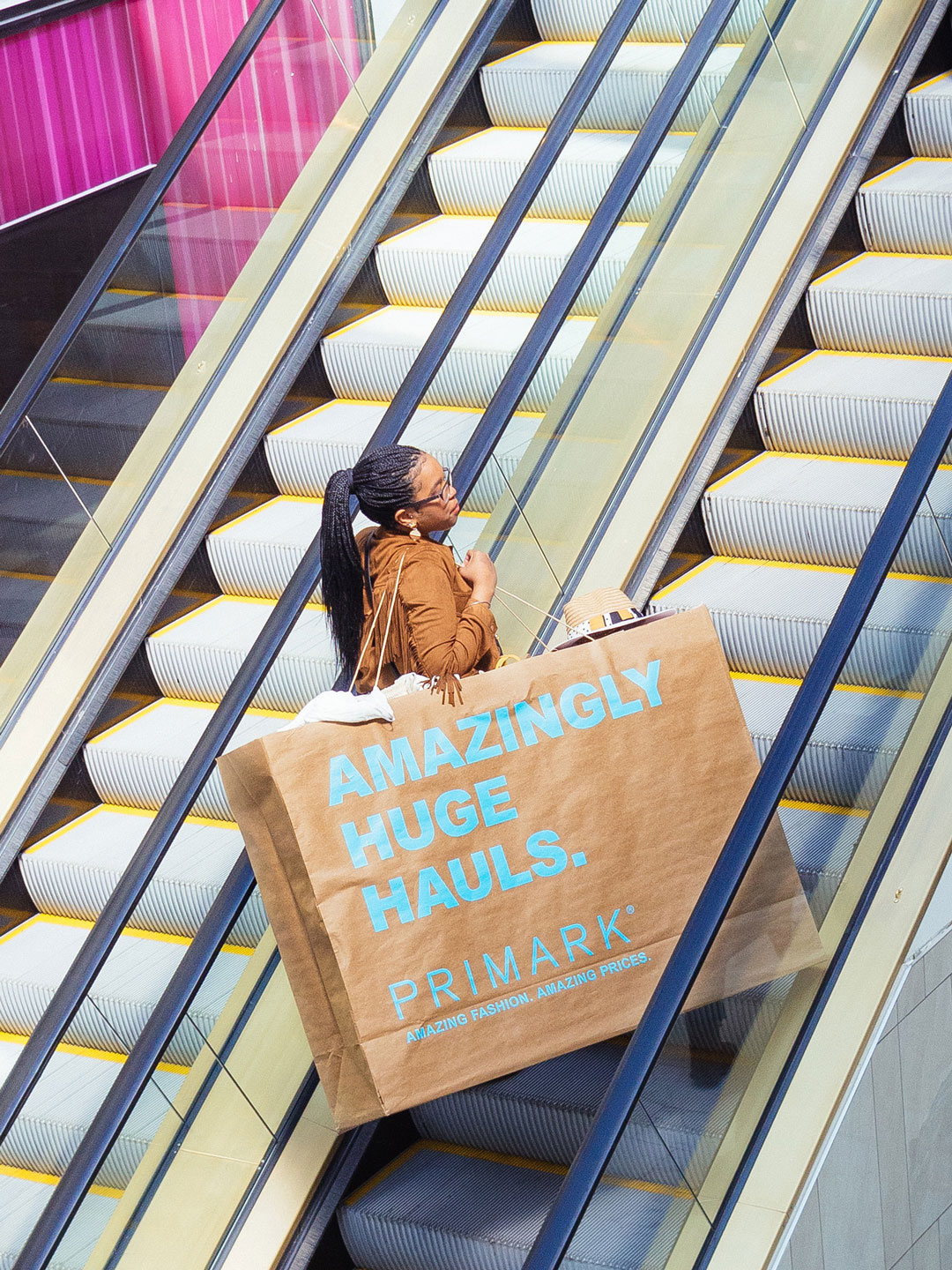