This Fashion Retailer Designed Half-Outfits for Working at Home 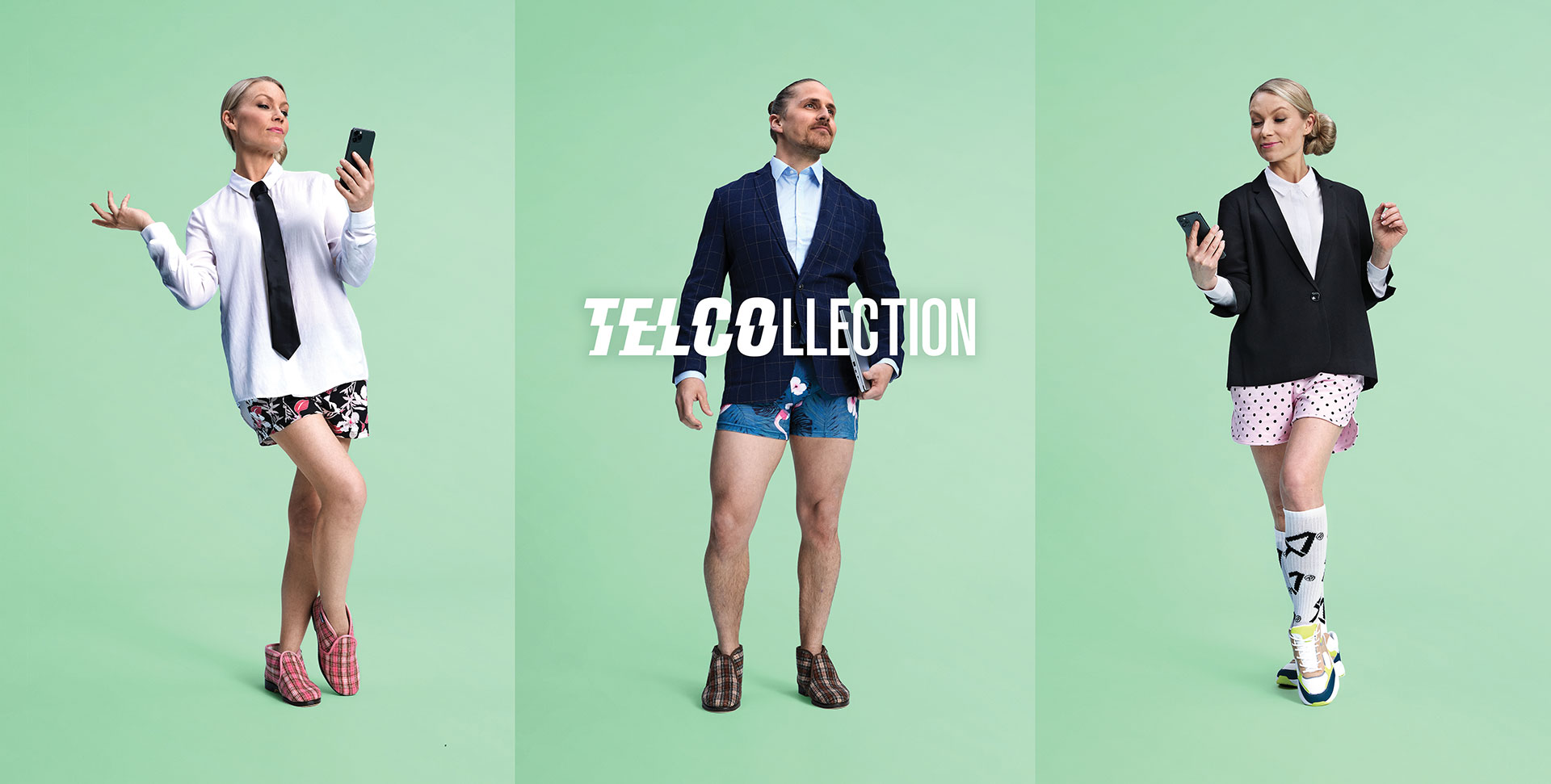 Business on top, party on the bottom?

The #WFH life forced upon us by the coronavirus pandemic has led to a much more relaxed dress code for many workers around the world. Except when you have a video call. But even then, you really only need your top half to be presentable.

Which is why Finnish fashion retailer Prisma, with help from TBWA\Helsinki, has created a special line of half-formal outfits—work attire on top, home attire (or really, almost no attire) on bottom—for those back-to-back Zoom chats you're always on.

Here's a video explaining the campaign:

As you can see, they've set up displays for the so-called "Telcollection" in stores.

"Instead of suiting up for work, Finns working from home are now taking part in business meetings in yoga pants, Hawaiian shorts or whatever oneself finds most comfortable," says Minni Jaakola, vp of marketing at Prisma. "With the campaign, we wanted to encourage everyone to dress as oddly and comfortably as one wants, as that's what we Finns are known for, and at the same time give a chance for a little dose of laughter and goofiness in the middle of these difficult times."

Päivi Hole, the brand's vp of sport and apparel, says sales in the clothing department are up 16 times (!) compared to last year.

"This campaign, created in close co-operation with our agile client, was a great example of how brands can—and should—adapt to rapidly changing world around it and exceptional consumer needs these exceptional times have brought," says Sami Kelahaara, senior creative at TBWA\Helsinki. "In Finland we are slowly shifting from the most severe phase of the corona crisis into the new normal with most of the restrictions lifted eventually during the summer. We found that now was the right time to tap into this positive phenomenon of our time with this more humorous campaign—and certainly there was already a demand for lighter media content among people."