The Clutter Couture Bag is now up for auction

Ziploc has quietly been getting more fashionable in recent years. And this month it pulled off quite a coup, getting Christian Siriano to design a handbag for the brand that made its debut—toted by Rachel Bilson—at New York Fashion Week.

The Clutter Couture Bag, as it's called, is quite the eye-catching piece. It was designed to look like its contents have spilled out. And indeed, Siriano—the onetime winner and current mentor on Project Runway—designed it by dumping out the purses of friends and family and attaching some of the junk to the outside of the bag.

The brand tie-in, of course, is that Ziploc Brand Accessory Bags, designed for purses, keep your stuff from getting chaotically cluttered.

Here's a video in which Siriano shows off the bag:

Energy BBDO brought the campaign to life. The work leverages the insight that a woman's purse, on average, holds 67 items.

"Honestly, when they brought me the project, I thought it was really fun. I was so excited to get my mom and sister involved," Siriano told InStyle. "I was excited by the idea that women have so much junk in their bag and I wanted to make it feel cool and glam again."

The bespoke piece includes items from his mother's and sister's handbags.

"We did everything from gluing to hand-sewing," he says of how he attached the junk to the bag. "I had things that literally my mom had in her purse for five years. It was hilarious. We painted it one color to make it cool and graphic, almost sculptural, like a piece of art. We're calling it the Clutter Couture Bag. I thought it would make a really cool statement to be green and cool and stylish with a lot of junk that you’d just throw away anyway." 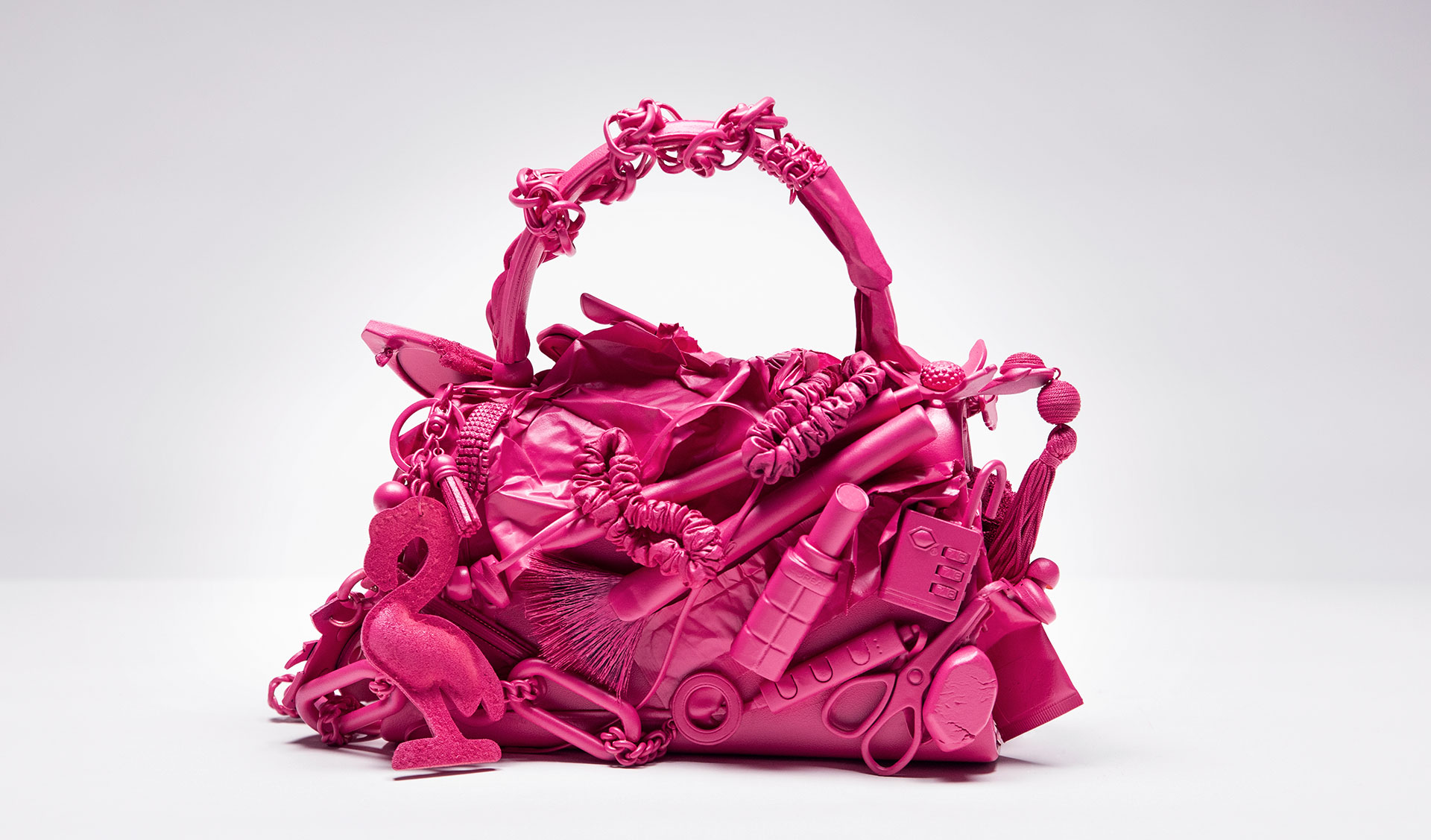 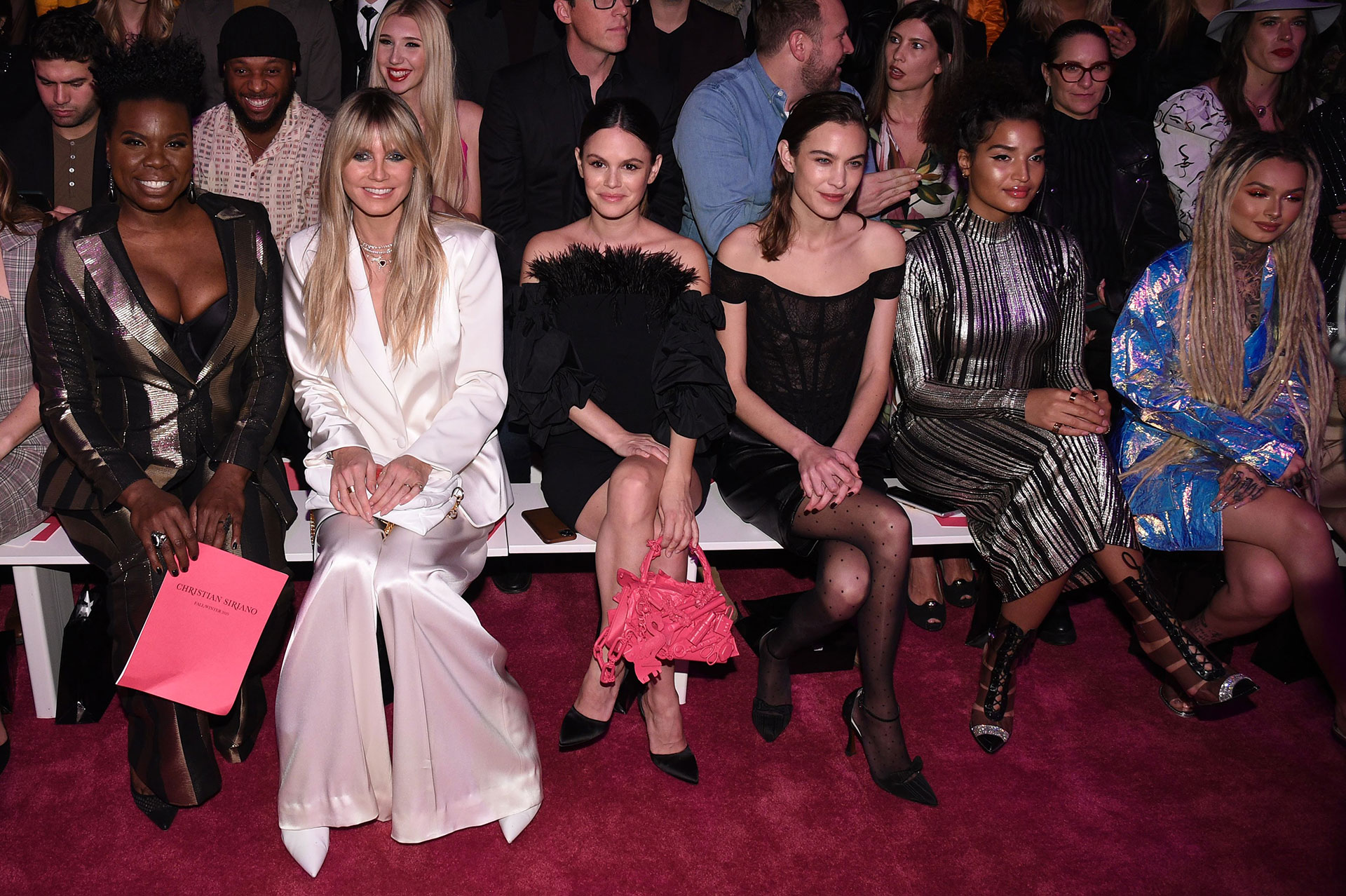 The fuchsia pink of the bag was also featured in various items Siriano designed for his runway show, making it seem like Bilson took it off the runway and wore it.

"I love that he's an artist," Bilson told InStyle. "His clothes are a work of art, and I have so much respect for that. The Clutter Couture Bag represents all the stuff you find in a woman's purse that's all over the place. He made it into an art piece."

The Clutter Couture Bag is now up for auction on Charity Buzz to benefit Bottomless Closet, an organization whose mission is to be the connection that inspires and guides disadvantaged New York City women to enter the workforce and achieve success.

The Siriano bag comes on the heels of Ziploc's work with Beams Couture over the past few years. Their latest collaboration just went live this week, too. 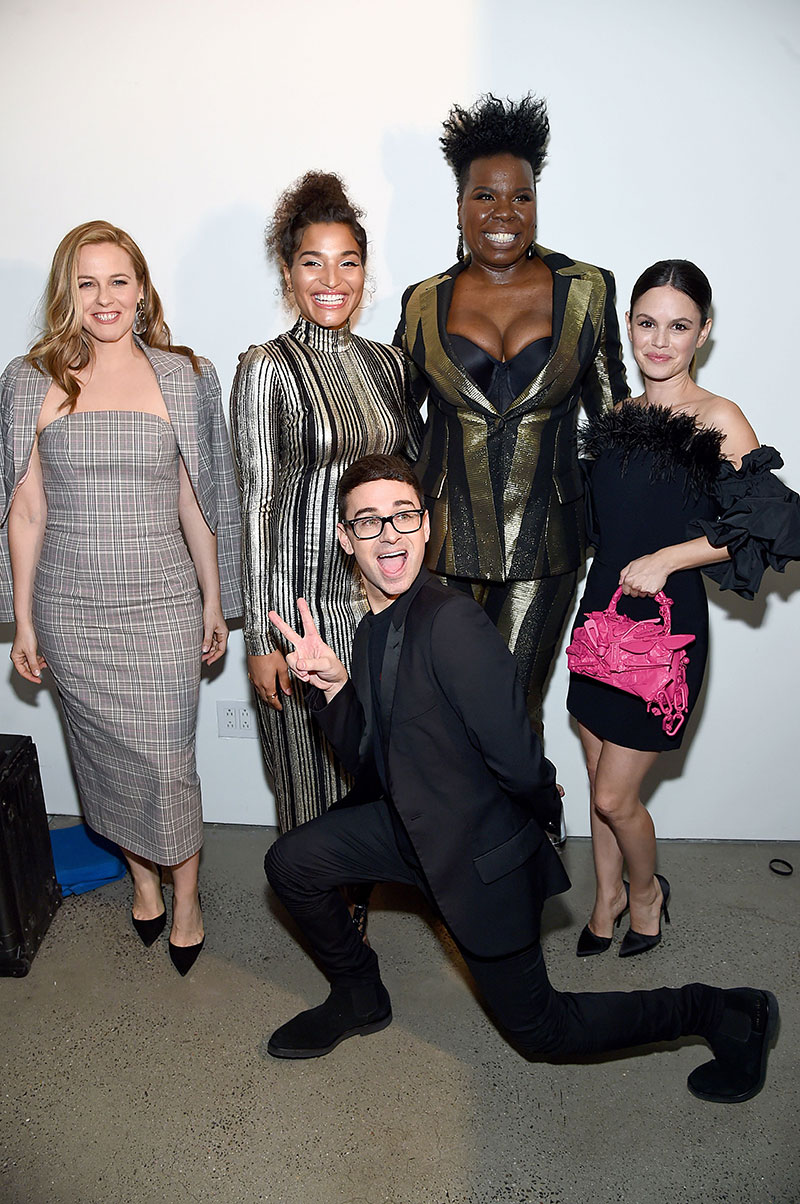