Sandman vibes, but make it fashion 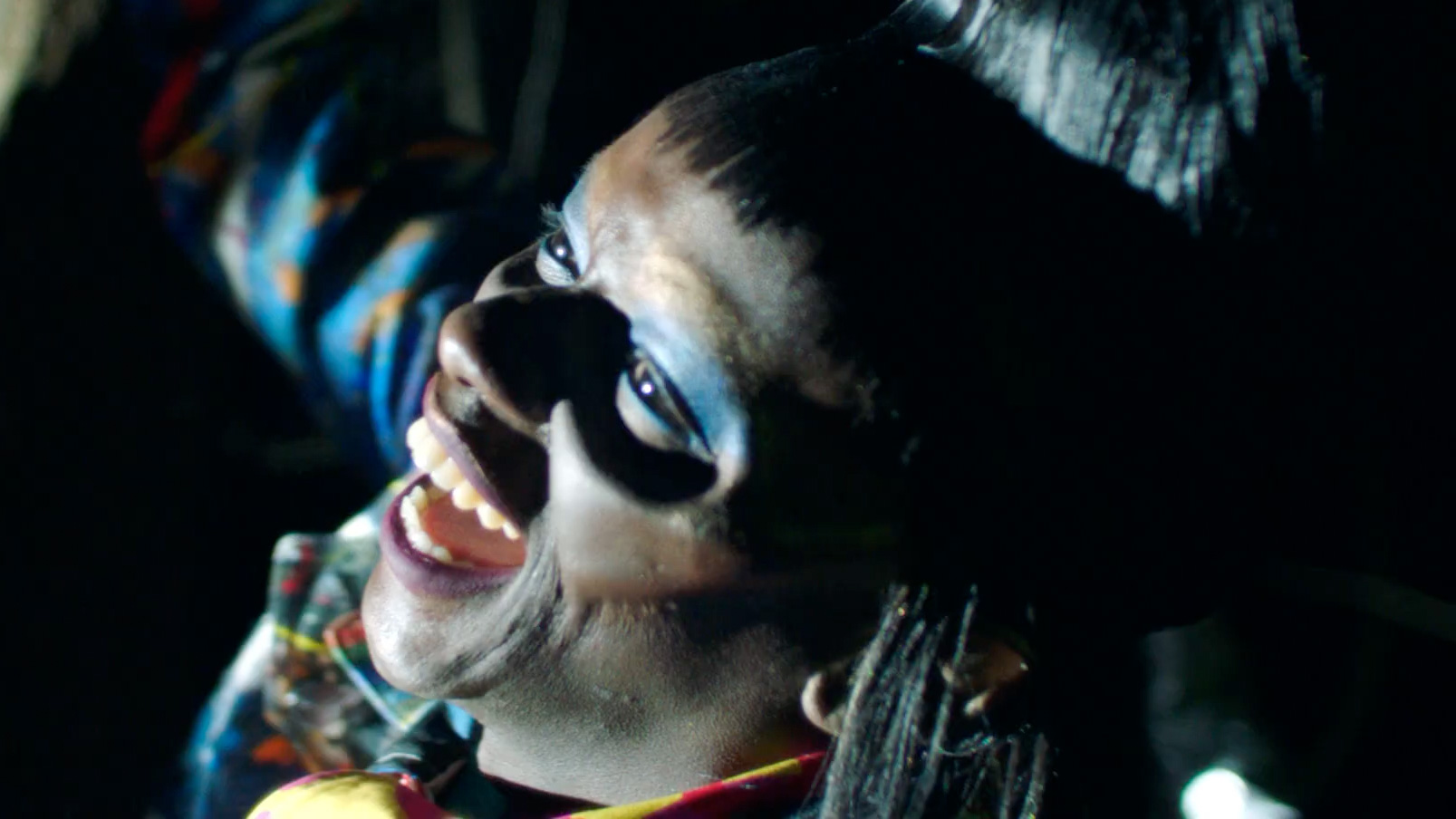 With a boost from Mother (which is deepening its reputation for what we're increasingly calling "commercial arthouse films"), Samsung joined up with the British Fashion Council, and faashion designer Charles Jeffrey of Loverboy, to give us a tasty treat.

The night is suddenly filled with vivacity; magical realism takes over. Cows circle a bed in the middle of a field. Charles Jeffrey appears, Sandman-like, at the feet of a sleeping stranger. A tubesocked leg rises, like a bamboo shoot, from the trunk of a car.

It's all very Midsummer Night's Dream, stripped of words but not play. In fact, the silence of the cast adds to it, seeming to pulsate as spotlights cut through the dark, illuminating whimsically dressed human figures, their contours contrasting sharply with animals and high grass.

Jeffrey, who launched Loverboy in 2015, has become known for his light-footed but discordant design, combining punk, gender fluidity and theatrical uses of makeup. These Puckish touches contribute to this witching-hour romp, which also features members of his entourage, including musician Charli XCX.

"The inspiration for my collections come from my love of alternative subcultures, abstract art and passion for music," Jeffrey says. "This collaboration with Samsung and Charli XCX, to launch the Galaxy S22 Series, celebrates the dreamlike experiences and memories of nightlife culture and nights out with friends."

White flowers blossom at rapid speed against the backdrop of night.

The work represents director Matilda Finn's first project with Biscuit Filmworks. In addition to making a compelling case for Samsung's Night Mode videography capabilities, it feels almost like a manifesto: For a long time, we've relied on brand identity to convey something about our lifestyles or aspirations. But that's too easy, too sterile, insufficiently complex and nuanced for the strange beings we are.

Building on Samsung's "Life Opens Up with Galaxy" positioning, the ad went live on Friday, smack in the middle of Paris Fashion Week, and following London Fashion Week. It will run as a paid ad on social media.

"We are thrilled to partner with these two extraordinary creative forces to celebrate the launch of the new Samsung Galaxy S22 series," says Alex Conaway, Samsung Mobile U.K.'s head of brand, mobile, wearable and hearables.

"Our new devices enable night photography and video capture like never before, and Charli XCX and Charles Jeffrey have helped us create some of our most compelling and ground-breaking content yet. We're excited to be exploring the world of fashion and pop culture through our devices, and this campaign will find a perfect home as part of our Innovation Tech Partnership with London Fashion Week."