Because models aren't the only bombshells

Wine and clothes aren't the only pricey French exports! DDB Paris is working with Amnesty International to raise awareness around a nasty topic: Despite ratifying the international Arms Trade Treaty (ATT) in 2014, France still sells arms to countries who use them against civilians—directly implicating the nation in war crimes.

How to draw attention while amping up the guilt? Use Fashion Week, of course. 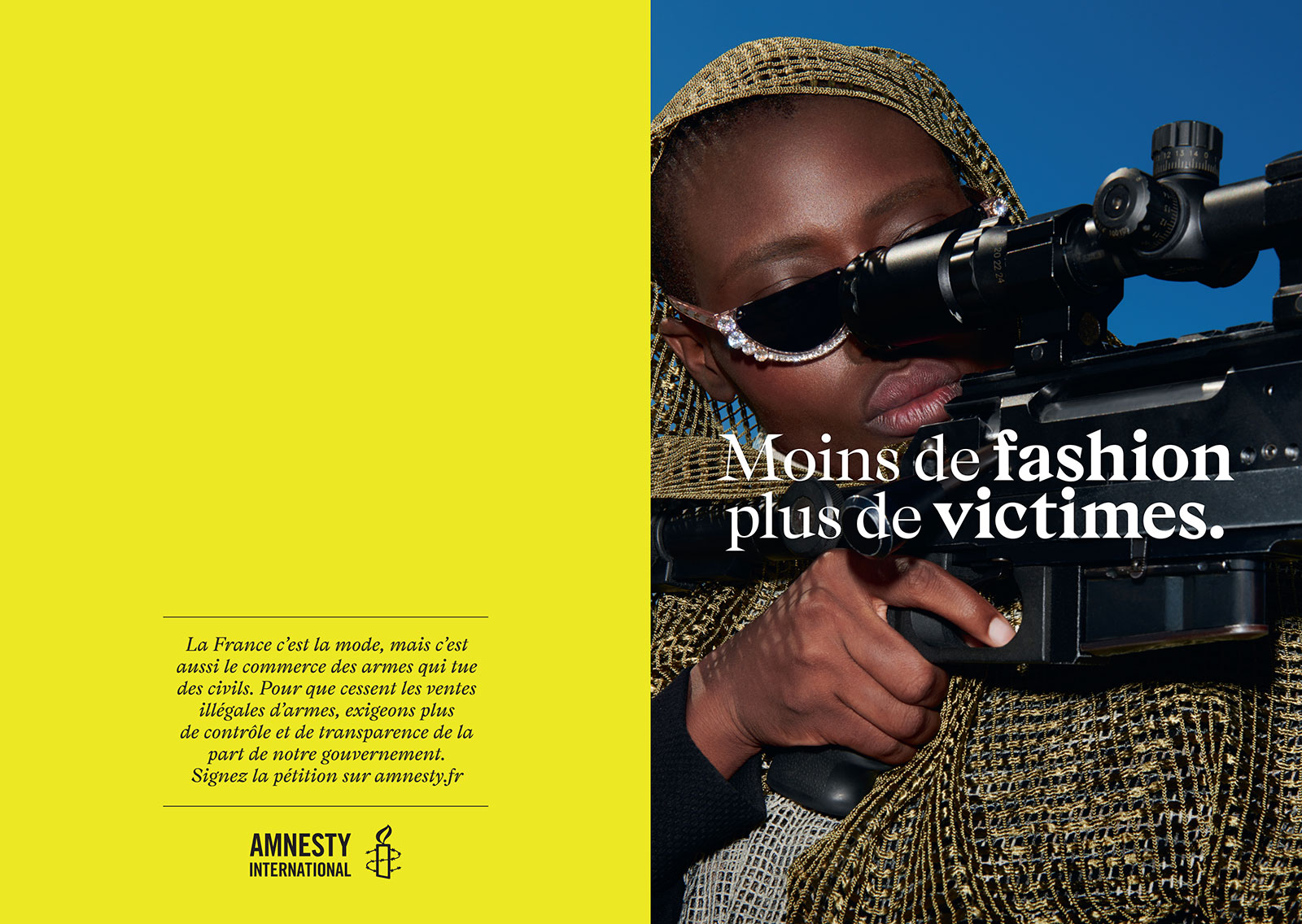 At left, above the Amnesty logo, is text that appears on all the ads: "France is about fashion. But it's also about selling weapons that kill civilians. To stop illegal arms dealing, let's tell our government we want more control and transparency. Sign the petition at amnesty.fr."

The ATT is a ban on transporting military goods when international humanitarian law, or human rights generally, are being breached. But according to the nonprofit, France remains the world's third-biggest arms exporter.

"French bomb," the ad below reads, playing on the French term for "bombshell." It continues, "For him, for her, for their children." 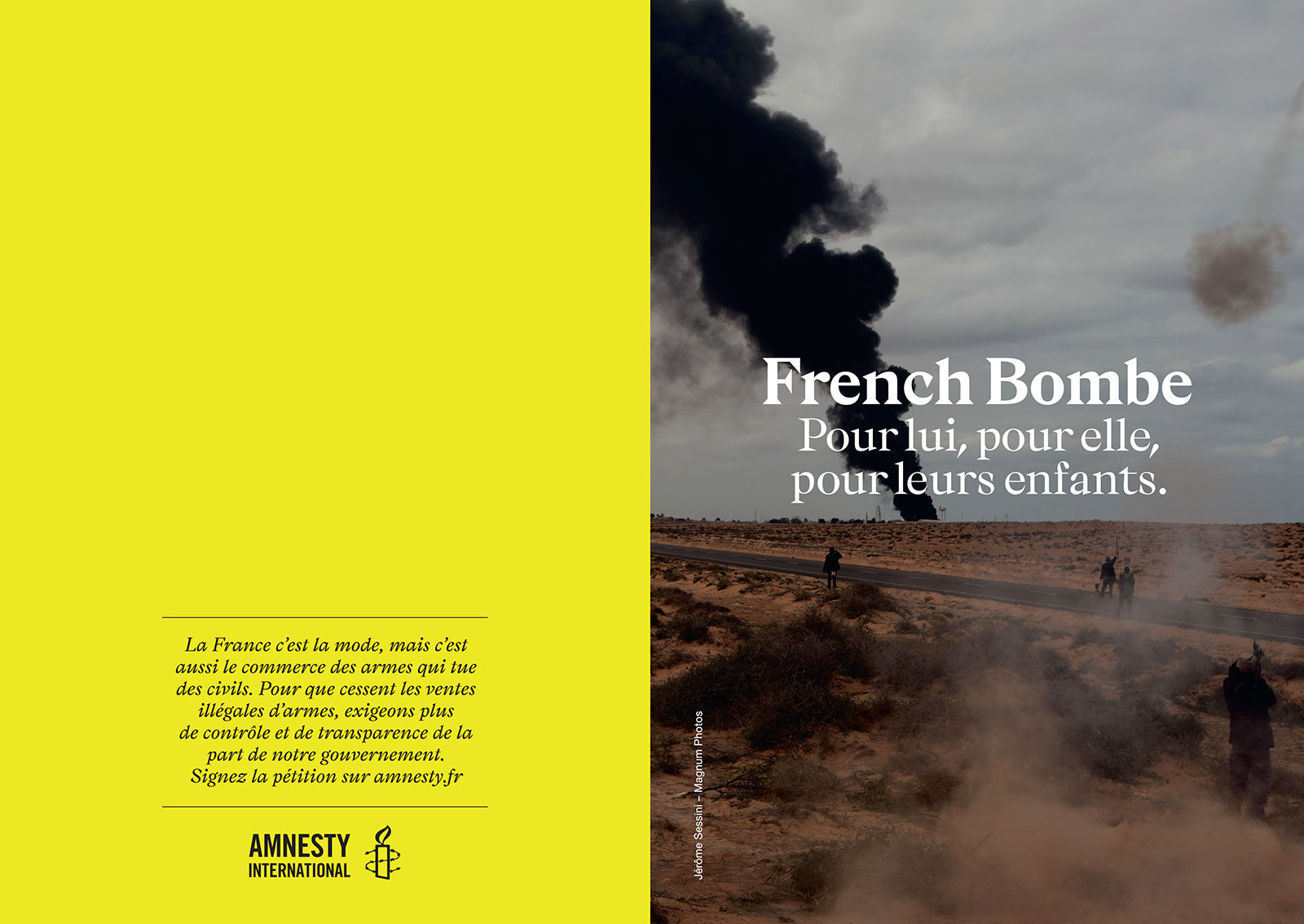 In April 2019, the website Disclose, a French version of ProPublica, released its first major investigative story. Titled "Made in France"—also a play on the country's renowned luxury swagger—it revealed that arms sold to Saudi Arabia and the United Arab Emirates were being used in the Yemeni civil war, described by the United Nations as "the world's worst humanitarian crisis."

The piece went into damningly granular detail: French CAESAR cannons were reportedly used to threaten over 400,000 Yemeni civilians, and were instrumental in executing a "famine strategy," according to Disclose. State-supported arms exports to Saudi Arabia have continued as recently as May 2019.

The ad below reads, "Welcome to Yemen, the showroom for French armaments." 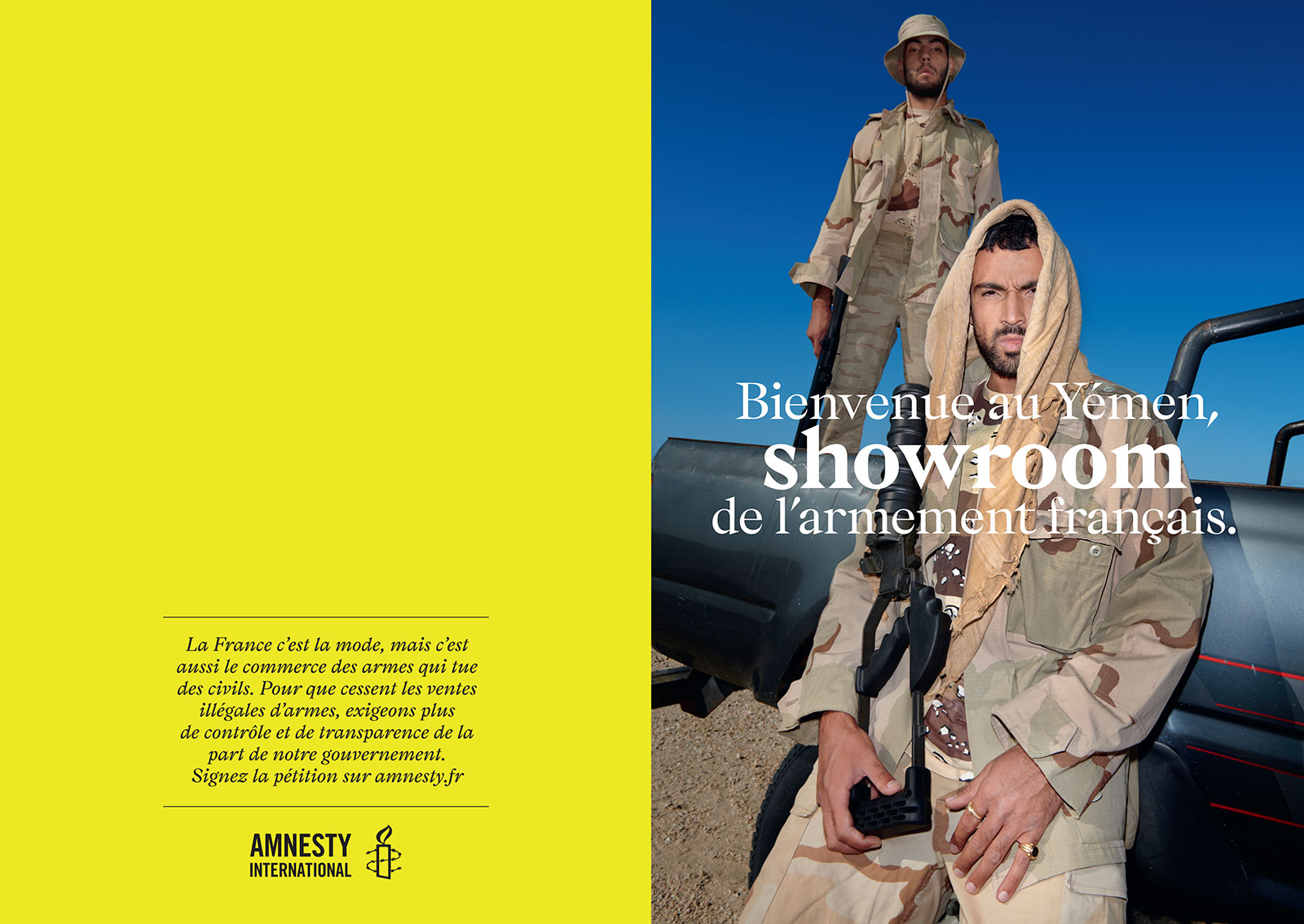 As of 2017, a number of European states have fully or partially ceased transporting weapons to Saudi Arabia and the UAE. These include the Netherlands, Belgium (Flanders) and Greece. 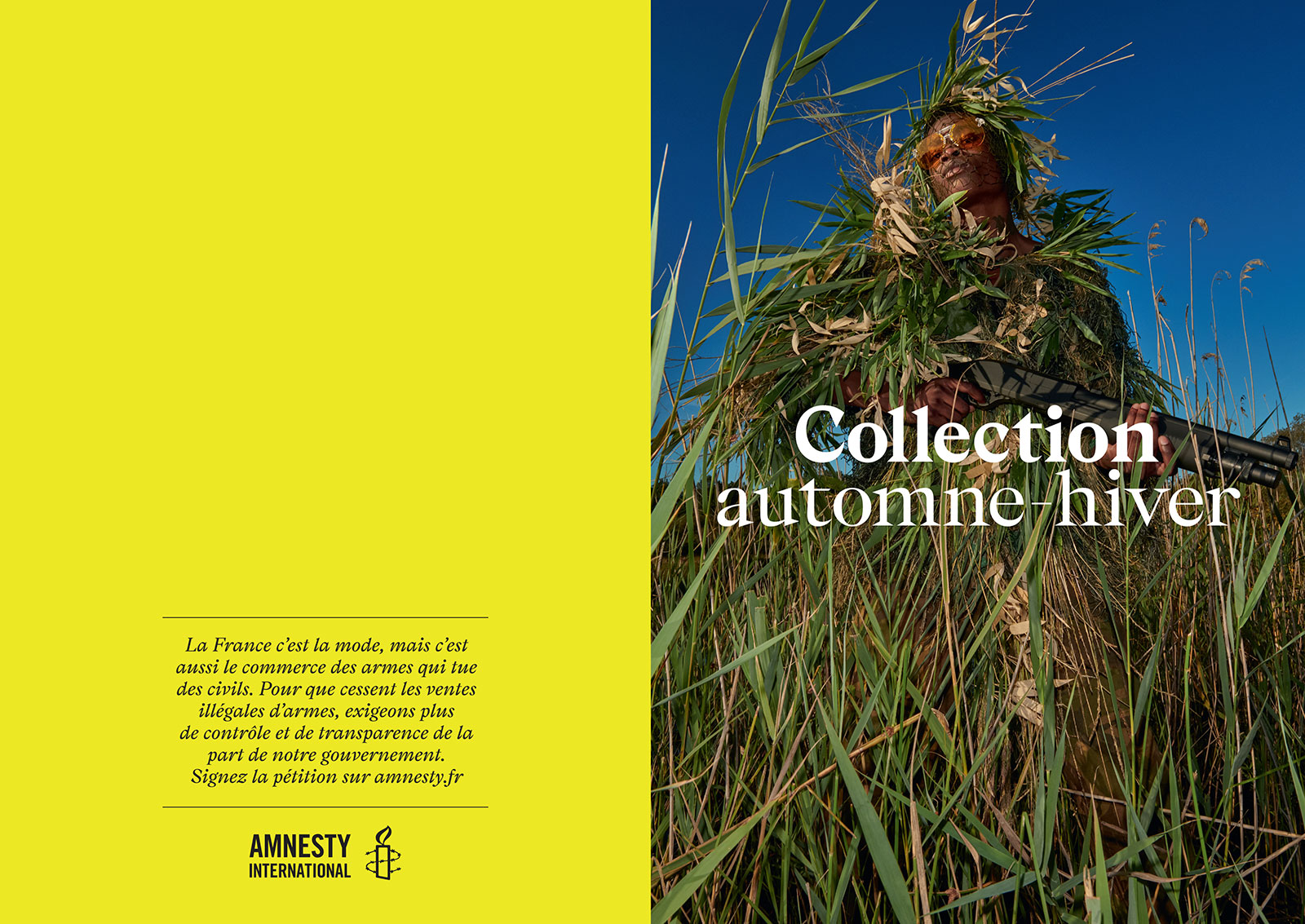