How this year's shows innovated to build affinity with audiences

If there is one thing the fashion industry has always been a leader in, it's understanding the power of brand perception and leveraging it to its advantage. Apparel is a human "necessity." It's just fabric, and everyone engages with clothing every day of their life. But fashion and apparel continue to grow and be a multitrillion-dollar industry that leans on the power of brand, perception, image and top-of-the-line marketing to appeal to audiences, often getting them to spend a pretty penny on what could often be purchased at a much lower cost.

Marketers in every industry, from CPG to financial services, can look at these three ways fashion connects and builds affinity with audiences:

The days of giant traditional celebrities and spokespeople are slowly being deprioritized and taken over by niche but identifiable influencers and internet personalities that better relate to the target audience, generating greater earned media attention in return.

Through the NYFW runway shows, we saw not only Bella Hadid and other A-list models walking the runway but unexpected additions not traditionally aligned with the fashion industry.

At Puma's highly anticipated runway show, the brand leaned into its sports and athletic aesthetic with its casting. Athletes like Kyle Kuzma and Usain Bolt were tapped to grace the runway in the brand's return to the NYFW calendar after five years.

Gabriela Hearst, a designer prioritizing corporate social responsibility and using clothing to make a statement, activated her collection alongside the data that 88 percent of consumers want brands to help them make a difference in the world (Futtera). This season the designer tapped key social change advocates like former Planned Parenthood president Cecile Richards and climate change activist Xiye Bastida.

By looking at the core purpose and mission of the brand alongside its key target audience, these brands identified faces that create an emotional impact, a practice all marketers should mimic when identifying talent.

Embrace the power of 'phygital.'

Every day our world becomes increasingly digital, with Web3 and the metaverse being key areas of discussion within all marketing departments across industries. Fashion Week events and shows this year incorporated several "phygital" elements where physical and digital intersect.

At Revolve's "Revolve Gallery" event, QR codes covered the walls throughout every room, allowing attendees to see the collections in super-camera-culture spaces and immediately be taken to shop from their phones before even leaving the event space.

At Tommy Hilfiger, real-life attendees walked into a giant event space on a Brooklyn waterfront. At the same time, digital avatars on Roblox watched a digital version of the runway show, with model avatars wearing the same clothing physical attendees saw in real-time. The experience extended all the way through to purchase, where Roblex attendees could buy the pieces to be shipped to their physical addresses.

Co-create and democratize, bringing people closer to the brand.

Each year the traditionally very closed-door fashion industry opens up its gates to the broader public to engage, enjoy and co-create with brands. This season we saw that in multiple capacities, with S by Serena and Vogue's Vogue World providing tickets to their shows to the general public. Tibi put on a grand multi-row show that featured top influencers and editors sitting alongside the brand's loyal customers who wear and support the brand day in and day out.

Michael Kors, one of the leading American designers on the NYFW calendar with the most exclusive runway-show invites, prioritized a section of his runway show where models walked outside, allowing the general public to witness the collection simultaneously as the industry insiders.

Marketers should continue looking at ways to bring consumers into the process and open up the aperture as much as possible. A bottom-up rather than top-down approach to communication garners greater consumer affinity and creates an additional opportunity for earned media attention through consumer and audience social channels.

While fashion has many industry-specific elements, many ways of communicating brand messages and connecting with audiences have an incredible crossover that can be mimicked across industries. 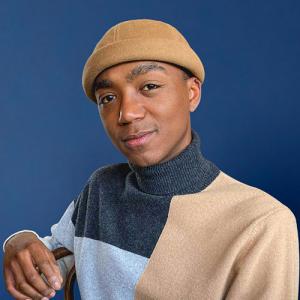