Inside HBO Max's Thrilling Coffee-ology Experience for The Flight Attendant

I'll admit, after nine months of virtual events, the "Zoom fatigue" is definitely starting to set in. But I suppose if there's anything to beat fatigue, it's a hell of a lot of caffeine and an excellent creative execution—which is exactly what I got from HBO Max's "The Flight Attendant Experience" last week.

To promote its new dark comedy thriller series The Flight Attendant, HBO worked with Tool of North America to create a unique virtual event that brought the kind of experiential work HBO has become known for into my home kitchen. The experience was framed around "coffee-ology" and crafting caffeinated beverages from three cities explored in the series.

It began when a package showed up at my door the day before the event. Immediately my house was filled with the sweet aroma of coffee as I unpacked various brewing tools and beans to be used during the event. 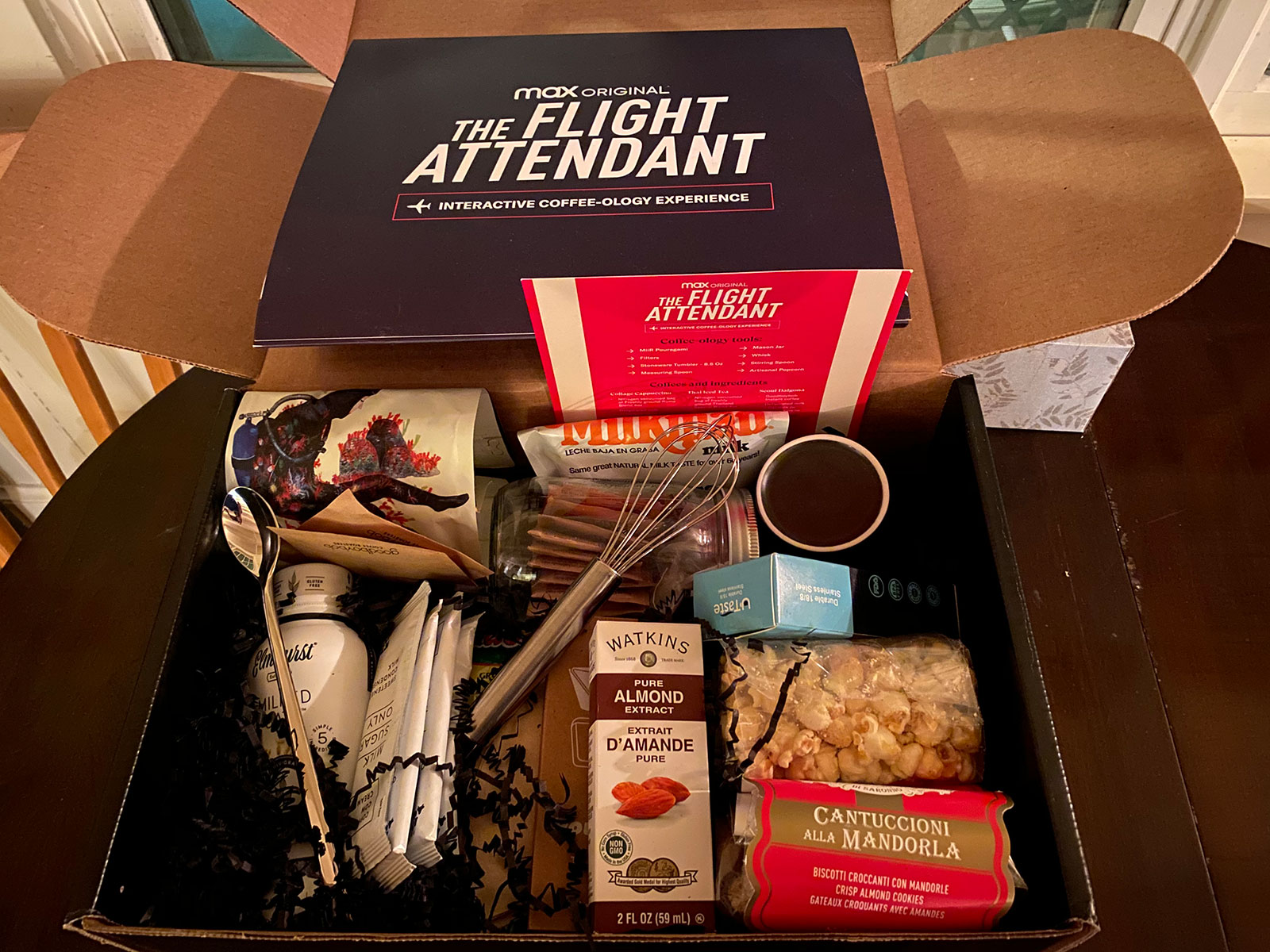 The next afternoon, I logged into a video conference with around 20 other participants to begin our "coffee-ology" course with barista Aran Saeli. Although there were no formal introductions, I couldn't help but become familiar with some of the other participants in the grid as they joined late, typed in the chat box, or asked questions.

Aran joined us from an incredible-looking hotel coffee bar and began to walk us through making the various global coffee drinks. He provided expert instruction and fun commentary on the history and culture of coffee from the different cities we were exploring. It was fun, in a world of no travel, to still get a real taste of other cultures' beverages of choice. We started with the Collage Cappuccino from Rome and moved on to the Dalgona from Seoul. 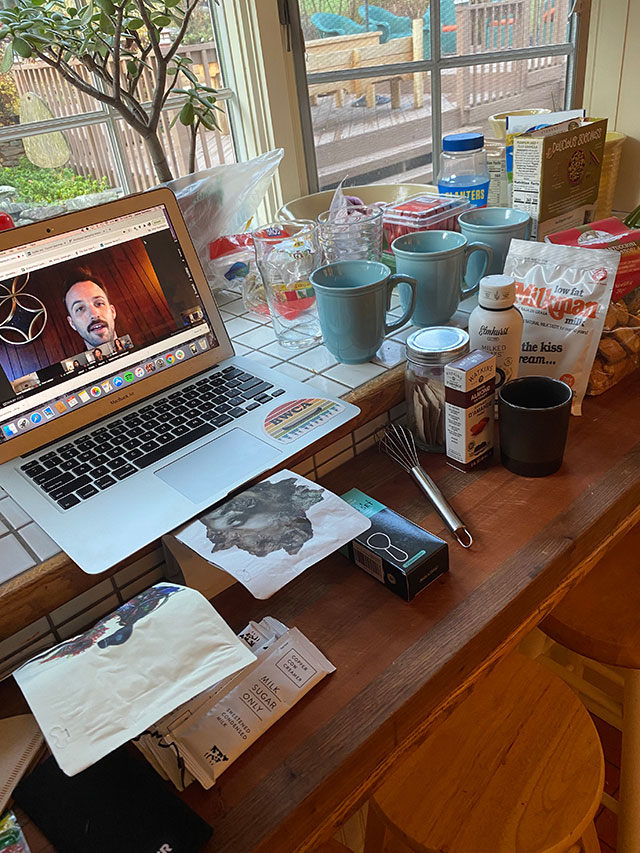 I was having a great time sipping my delicious drinks and following along in the class when Aran mentioned he was trained in the art of tasseography, or coffee-ground readings. He called his first participant, and as she held her coffee cup up to her camera, Aran correctly guessed where she last vacationed and the type of dog she had. Sure enough, Aran then asked me to unmute and said I was up next. As I held my mug to my screen, Aran also narrowed in on where I'm based and what I do for work. Coffee me impressed!

We then moved on to our final drink of the class, the Thai Iced Tea from Bangkok. We were just putting the finishing touches on the drink when suddenly we watched as Aran was attacked at his coffee bar and dragged off-screen. His attacker then took over his video, saying she had the files and home addresses of all of us and that we would all be "taken care of" since we were witnesses to her crime.

Aran's video connection then cut out, and we were back in the grid view with the rest of the regular participants. The next thing I knew, some of these people were being attacked as well. I watched as the same people who had complained their kit was missing an item, or had asked questions in the chat, had bags thrown over their heads and were dragged from their homes. Maybe the three cups of extremely strong coffee had something to do with it, but suddenly my heart was racing.

Before the connection cut out, Aran's attacker had also shared some more personal details about me and they had delivered a package to my home after all. Luckily, I was in the clear, and no kidnappers showed up at my door. However, my adrenaline was certainly primed to watch the first episode of The Flight Attendant that was immediately sent to us in an exclusive link.

All in all, the experience woke me up from my "Zoom fatigue" in more ways than one, and successfully thought outside the grid to translate HBO's experiential prowess to videoconference. It nicely replicated some of the experiences I've missed during this pandemic—traveling, drinking fancy coffees, and being truly surprised by a marketing activation.

I'm excited to keep the adrenaline rush up when The Flight Attendant starts streaming on HBO Max on Nov. 26.

See a video wrap-up of the experience below.