Experiential in the Face of a Global Pandemic

Talk to young people, and they'll tell you they love immersive, interactive experiences over things. CMOs have reacted, with one-third committing 20-50 percent of their budgets to experiential marketing, according to a Freeman study.

Enter coronavirus, which has entire countries asking people to isolate themselves, and health officials across the globe encouraging social distancing. Not great for those of us who create experiences you're supposed to touch and feel in public spaces.

Picture climbing into a ball pit right now, the worst trope of the first wave of the experiential movement. It's repulsive. We have to rethink this.

The first question to ask is not whether experiential will be valuable in the future, but when. In the immediate term, it's hard to argue for creating a communal experience in a country actively battling the outbreak. There are safety considerations at play that need to be prioritized.

But we can look to China for a glimmer of hope about the future. New cases there seem to have died down and some stores have reopened, which suggests that after an intense round of infection and stringent rules to avoid spreading it further, it can be contained.

We're still in the early days of the coronavirus forcing work from home and decreasing social gatherings (at least outside of China), but given the potential length of time this could last, we'll be more than stir crazy by the end. We'll be stir bonkers.

People need face-to-face contact with each other for actual human wellness. As this New York Times article from 2017 explains: "Social isolation is on a par with high blood pressure, obesity, lack of exercise or smoking as a risk factor for illness and early death."

Togetherness is healthfulness. When that demand hits, brands have a chance to show up with innovative interactions that let people experience togetherness in new and richer ways.

But when things resume, they won't just return to normal. There's a new normal coming, one where we've all learned how to wash our hands properly for the first time ever.

We're currently re-training our brains to be moderate-to-severe germaphobes, and there's no question this can have an impact on how appealing a brand experience might be. Touching a lot of common surfaces, including screens, will no longer seem like a desirable choice.

Picture POS systems in any store. They usually involve either picking up a plastic "pen" or signing a grimy screen with our fingers. Ugh.

But do those existing options need to be so communal? Using tap-to-pay digital wallets with your phone will only increase when the incumbent options remain so repulsive. Could a facial recognition POS be worth exploring, the way Alibaba has implemented in China?

Or could this be just the push Amazon is looking for to get retailers to buy into its Amazon Go product that lets people walk out the door with products simply by tapping their phone upon entering and exiting? This cashless model doesn't even require staff at checkout—one less person to catch a disease from, though accommodations will still have to be made for the unbanked or underbanked.

Beyond just POS, there's a broader world of brand interactions that need revisiting. How can we maintain interaction but remove the ick factor? Fortunately, there's a number of technologies that could help.

At Huge, we've used this in retail design a few times. It's an elegant solution to a fundamental store problem: how to get someone to touch and experience actual physical products while learning more about them through additional content. Whereas a touchscreen distracts from touching products, an eye tracked interface lets someone do both.

And the tech is quite simple. An eye-tracking device can be embedded seamlessly in shelves or kiosks. It reacts nearly instantaneously to where someone is looking. The biggest drawback we've seen is adjusting the eye tracking to the various heights of the user, though we've been playing with other sensors to overcome this.

Another place we're exploring quite a bit is gesture-controlled interface. In one pop-up in China and another in Japan, we allowed people to learn more about products in a playful way using gesture only. They could then tap at the end to add a product to a digital cart.

The trickiest thing with gesture control is developing an expected UI vocabulary for it. As Don Norman so eloquently put it: "Because gestures are ephemeral, they do not leave behind any record of their path, which means that if one makes a gesture and either gets no response or the wrong response, there is little information available to help understand why."

It's time for more brands to experiment, putting this kind of interface into spaces to begin to develop a common set of best practices.

Given its ubiquity in people's own homes and pockets thanks to Amazon, Google and Apple, people are already well-versed in this one.

On the surface, voice comes with a fair number of drawbacks. It's hampered in noisy environments, awkward when you're mid-conversation with others, and rather slow at times as you wait for a reply.

Despite this, we're keeping an eye on voice as well. Whether it's used to place an order at food kiosks or offer smart scripts for staff at help desks, in the right situation, it could be the perfect touch-free solution.

Bringing people together, even now.

As brands take this time to look at their messages and plan for an unknown future (filled someday with experiential richness), I'm reminded of the Coke ad from the '70s, "I'd Like to Teach the World to Sing."

It's not too soon to plan how your brand will bring people together. This will be the true next wave of experiential, an emergence of feel-good, long-overdue social contact. 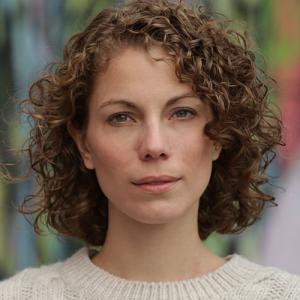