Coronavirus and Experiential Marketing: Are We Ready to Think Differently About Live Events?

The show can go on, but in a new way

As the global community valiantly battles to contain the threat of coronavirus, global marketing conferences are being canceled left, right and center. Likewise, everything from concerts to sporting fixtures are starting to look uncertain, with European soccer associations now increasingly debating "behind closed doors" contingency plans.

But it's not only conference lovers, gig-goers and sports fans who are feeling the loss. The potential looming ban on big gatherings poses a serious threat to anyone involved in brand experiences and sponsorships. When creativity and advertising dollars have been invested in developing unforgettable events and brand experiences, and when millions have been poured into sponsorship and television rights, the show must go on … even if it has to be behind closed doors.

The "behind closed doors" concept is nothing new. It's been happening in soccer for some years now. Games are played without supporters in the stadium, usually as a result of poor fan behavior. Some purists argue this kills the experience and the players' performance. But there's a way to reintroduce both elements without a physically present audience.

If we take a page out of the Boiler Room, esports and gaming playbooks, we can flip the script to create a world where interactions happen without a physical presence. It certainly worked for DJ Marshmello when he held a concert in Fortnite. The world went mad for it, with over 10 million players virtually attending the live gig within the game.

By mashing up live streaming, sound and social interactions, we can transplant an audience into the heart of a live event. HBO took this approach when hiding the Games of Thrones Season 7 premiere date in a 4,000-pound ice block. The campaign handed control to a Facebook Live audience who virtually powered real-life flamethrowers via emojis and keywords until the ice melted and revealed the all-important date. Garnering over 1 billion impressions, 16,000 comments per minute and the No. 2 worldwide trending spot on Twitter, the campaign shows that behind-closed-doors brand experiences can be impactful enough to break the internet.

It's a trend that plays well with our ever-evolving consumption behaviors: snackable content that's streamed to us, the increased use of live chat and comments, and having the power and freedom to dive in or out of online events with a swipe or finger tap. What's more, with a digital-first behind-closed-doors approach, seating capacity is no longer capped and potential reach becomes unlimited.

As celebrated climate champion Christiana Figueres points out, if there's a silver lining to the coronavirus outbreak, it's that we might learn to travel less and stay home more. But what could be an upside for the climate is a potential disaster for experience-based businesses … unless, that is, we usher in a new generation of what I like to call "ExperienceX" activations: experiences that exploit technology, platforms and livestreaming to create a new breed of behind-closed-doors events for audiences to enjoy and control from the comfort of their sofas.

From mobile, home or on-the-move, if we give the concept of phygital events a much needed overhaul, we'll create a fertile new space for fresh thinking and pioneering ideas. Because we're an industry full of brilliant creative thinkers, we could use the worrying coronavirus outbreak as an opportunity to shift the traditional brand experience mindset and challenge the status quo. 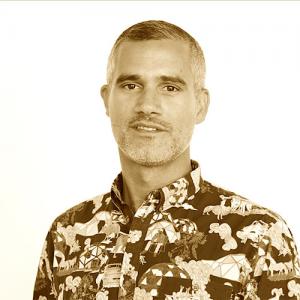