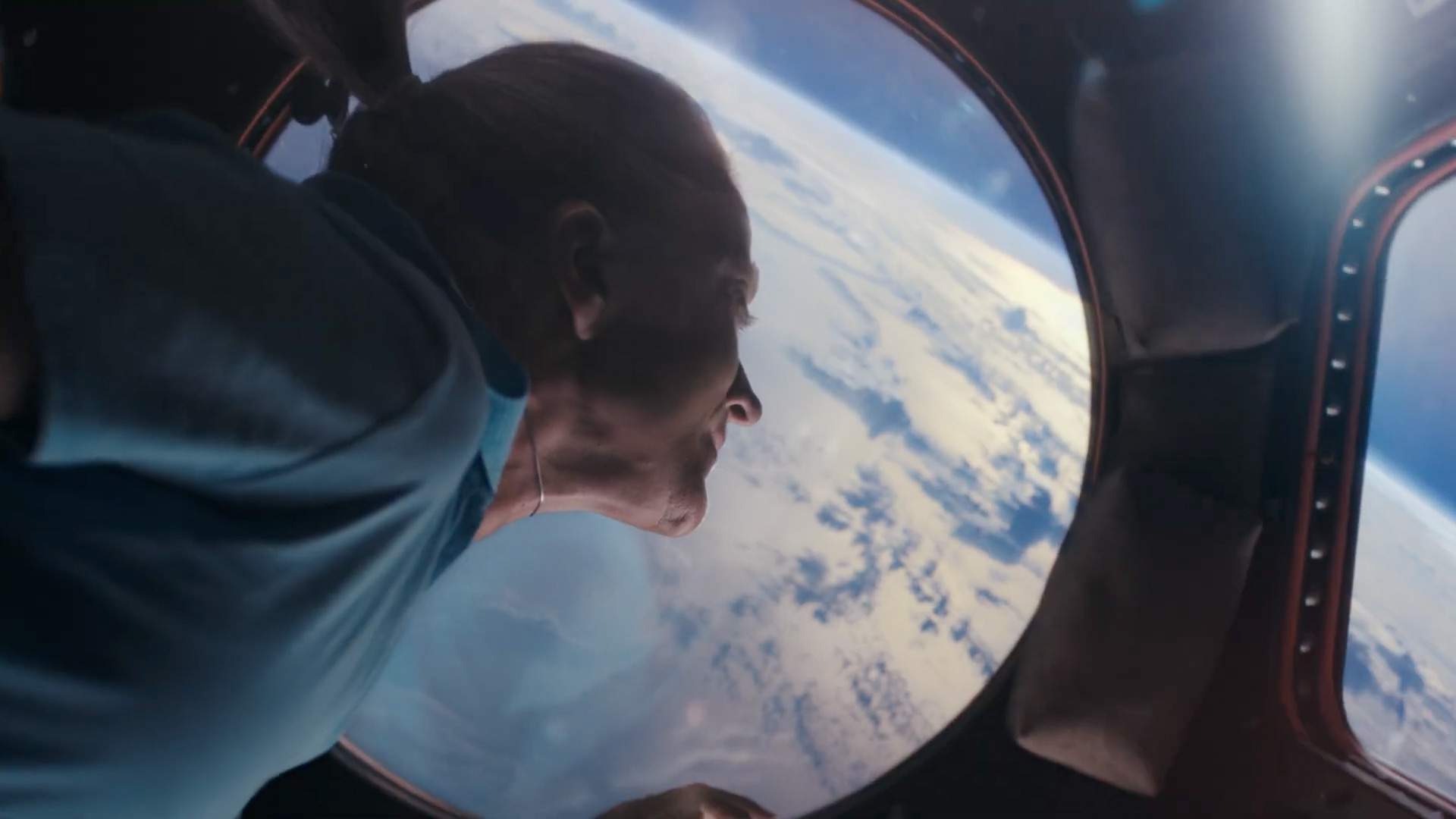 "Nothing prepared me for what I saw up there," says former U.S. astronaut Karen Nyberg, who's shown peering down at Planet Earth as she narrates an evocative spot for Polestar, an electric car manufacturer in Sweden.

"I was overwhelmed by its beauty," she says. "I felt the thrill of being part of the human race. It was crazy to me that the same species that started out with sticks and stones was now the same one looking at it from space."

This "Overview Effect," a common experience for astronauts working on the International Space Station (where Nyberg served as flight engineer), drives a visually dynamic :60 developed with Forsman & Bodenfors and director Henry-Alex Rubin.

Nyberg says her 180 days in space "also made me think that this tiny blue dot was extremely fragile ... The question is: Can we can continue our species and preserve our only home while still enjoying the thrill of being human?"

Terrestrial footage and orbital imagery illustrate a holistic sustainability message. We see forests, factories, birds in flight, ballerinas, surfers and winding highways. There's even a chimp and trippy eyeball close-up, channeling vibes from the 2001: A Space Odyssey. (On point here, to be sure.)

This creates a pleasing kaleidoscopic effect "that links humanity to the innovations that bring us forward," F&B art director Karl Risenfors tells Muse. "We did some of the filming on different locations in Sweden, and for other scenes we cooperated with researchers from National Geographic."

Each frame pops with texture and emotion, while Nyberg's matter-of-fact delivery conveys the scope of what's at stake with zero hyperbole. (Read back a bit—she spent six months off the home-world. She's got cosmic perspective, people!)

Seeking themes that jibed with the spacey brand name, "we were drawn to the 'Overview Effect' and how this phenomenon changed Karen's outlook on life," explains F&B copywriter Hampus Elfström. "We wanted to capture the empathy she developed for our planet, but also how technology can help us embrace life, both today and in the future. Her story became the lead act in the film and gave us the unique angle we needed."

Nyberg's willingness to step off the planet for six months to help expand the limits of our understanding—leaving a 3-year-old son at home—spoke to her personal courage and cemented the astronaut's standing as the "perfect" campaign lead, Risenfors says. "We simply asked her, and she said yes."

The impressive results remind us of this U.S. Space Force recruitment appeal from the summer. Yes, the missions are different. But each evokes the wonder of our dawning space age to underscore the challenge of an uncertain future.

"With this campaign, we wanted to create something beautiful and thought provoking, something that would raise awareness of the Polestar brand, but also our role in society," says Polestar marketing lead Åsa Borg. "We wanted to highlight that feeling of that Earth is vulnerable and we must look after it. Innovation should not come at the expense of the planet. It should be used to drive positive change."