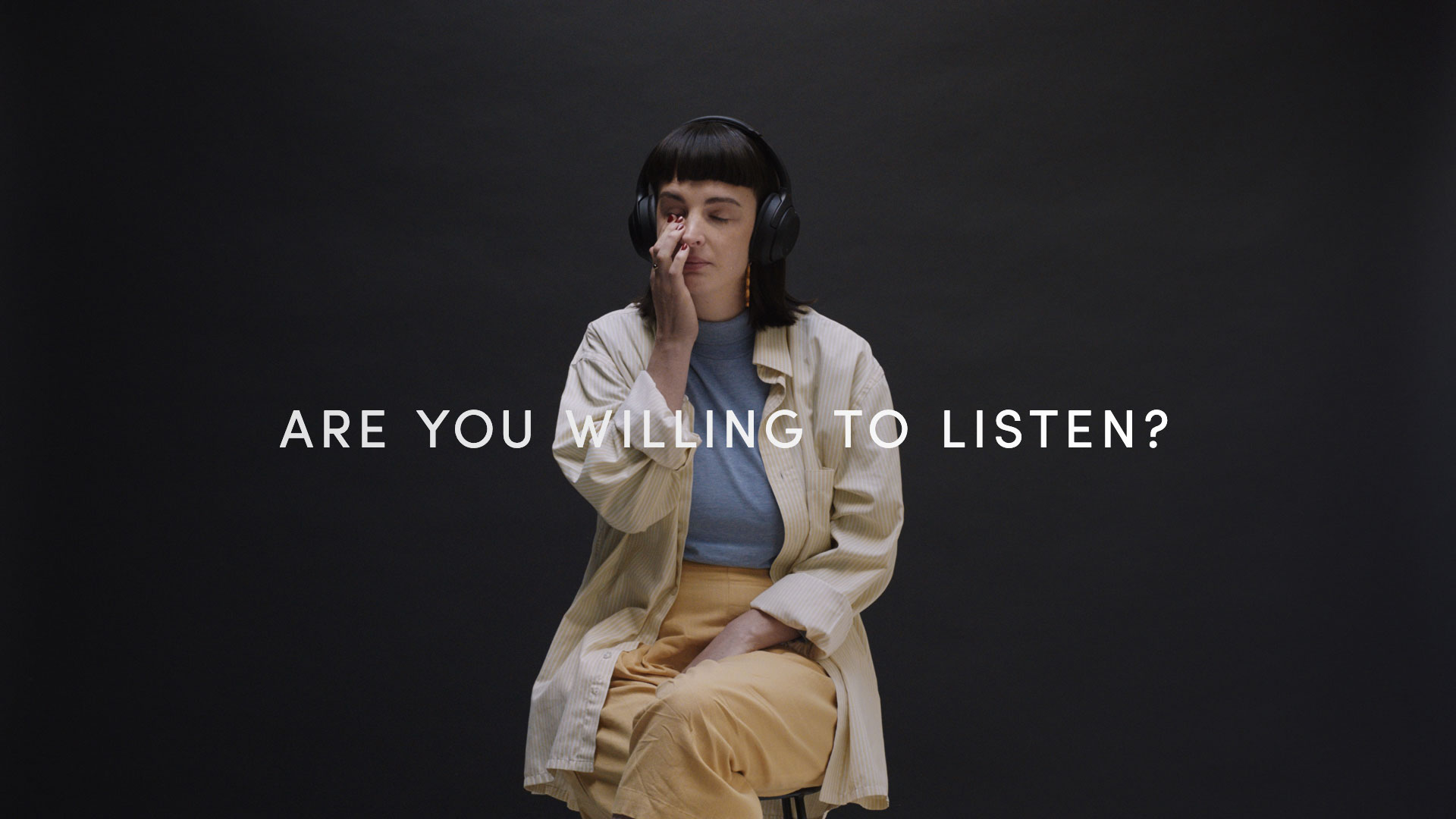 Taika Waititi, the acclaimed actor and filmmaker from New Zealand, portrays the "Voice of Racism" in a new project from the country's Human Rights Commission and agency Clemenger BBDO.

The audio-driven online experience features an electronically distorted human face. It resembles a malevolent cyber ghoul, pulsating and writhing in a field of static. Voiced by Waititi, the malicious mug utters a random litany of taunts and micro aggressions. Some slurs are overtly racist, others are subtler, but still cutting:

• "Go back to your own country."
• "Do you mean your people, or normal people?"
• "Can I be served by someone else?"
• "Sorry, there were other tenants better suited to the property."
• "You know you'd get higher up if you didn't wear the hijab."
• "I'm going to come into your mosque and burn the Korans."
• "You get all this stuff for free."
• "You're buying up all the houses."
• "You're a lost cause."
• "I'm not racist, some of my family are brown."
• "Are you the first person in your family to get a degree?"
• "You always want everything. What about us?"

Equipped with hundreds of phrases, the voice speaks only if users click on the trackpad. At any time, they can stop the torrent of insults and even investigate why some of the more innocuous-sounding comments are racist. 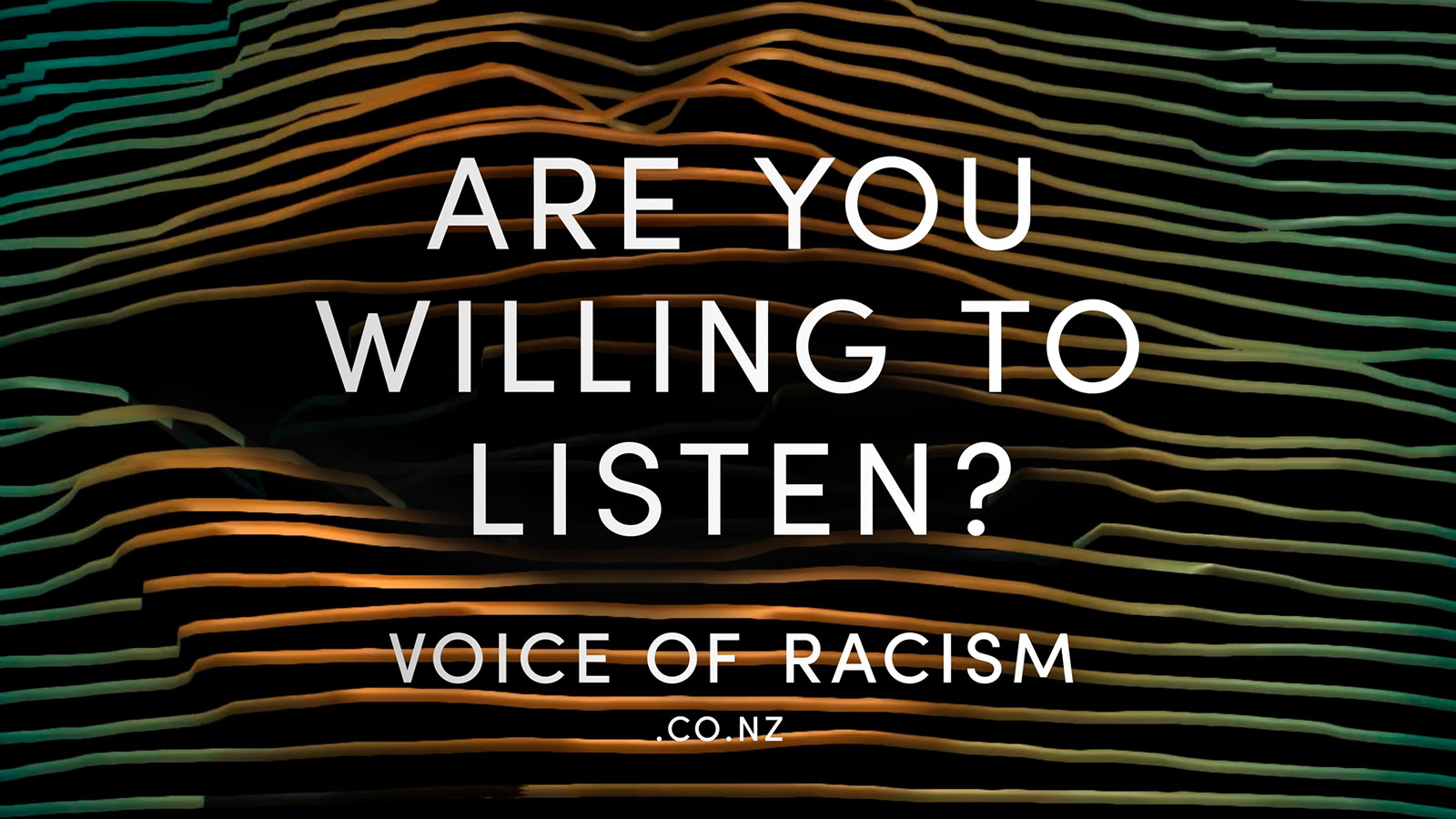 Waititi, of Māori and European descent, won an Academy Award for writing Jojo Rabbit. He also directed and produced the film, in which he played Hitler. A passionate advocate for social justice, he once called his homeland "racist as fuck." Here, Waititi delivers a nuanced vocal performance, by turns menacing and ambivalent. This naturalistic approach makes even the blander expressions sound frightening. More villainous tones would've sound cartoony, robbing the hateful words of their dark power.

The deceptively simple visuals are also noteworthy. Like racism itself, that face keeps shifting, reforming, solidifying. Users can pause its stream of bigotry, learn more about the subject and question their own feelings and beliefs. But the face remains, ever vigilant, primed to spew its vile sentiments and plumb the depths of our shrouded psyche.

Proud to be a part of this powerful project highlighting the various forms of racism experienced every day by people in Aotearoa New Zealand, and of course, most other countries in the world. Please listen Mauri Ora.#GiveNothingtoRacism#VoiceOfRacismhttps://t.co/i6KVBtS747 pic.twitter.com/6ykUXeiSrN

"The aim of the project was to collect the raw, ugly truth, and present that in a way that lets you sit with that burden as intimately as possible," says Clemenger executive creative director Brigid Alkema of Clemenger BBDO. "This experience is inherently a challenge—one you have to actively choose to opt into, ready to come face to face with that ugliness, willing to do the work and learn."

She adds: "It's too easy to agree that racism is bad and then not do anything about it. This project is asking us all to make a decision: Care enough to keep learning, or don't."

These brief clips promote the initiative:

Since launching mid-month, "Voice of Racism" has made a strong statement in New Zealand, with celebrities, including actors Sam Neil and Karl Urban, helping spread the word: