The Role of Black Storytelling in the Fight for Our Humanity

Only I can tell you the truth about me

Throughout history, we've been subjected to the most horrific and atrocious representations of Blackness imaginable. While this has been a centuries-long print propaganda campaign, with the advent of film it became even easier to reduce us to coons, mammies, pickaninnies, mandingos, tragic mulattos, jezebels and sapphires; then crack addicts, drug dealers, welfare queens, angry Black women, magical negroes, the help, slaves…

Violent. Sex-crazed. Ignorant. Morally bankrupt. Subhuman. This has become our global reputation. And with the U.S. housing the largest media and entertainment industry in the world, the impact of this misrepresentation and miseducation—on our own esteem and the way we are perceived by the world—cannot be overstated.

The concurrent campaign of Black murder, mutilation and mistreatment in this country has been sustained by these images. With our humanity stripped, our integrity undermined, it's become easy—American, even—to justify our suffering.

Over the last few years, we've found ourselves in an era of "Black Girl Magic." We've seen record numbers of Black—even some *gasp* dark-skinned—faces on the covers of mainstream magazines, in ad campaigns and movies. The word "representation" has become a buzzword, to the extent that the conversation around Black representation almost feels passé.

But when we say "representation," we're not talking about checking off boxes in a beauty campaign to sell more products. We're not talking about white producers giving more roles to Black actors. We're talking about combatting—through words and images—hundreds of years of conditioning and dehumanization of Black people that allows our bodies to be brutalized, discounted and erased without a thought.

Powerful. Inspired. Compassionate. Innovative. Long-suffering. Clever. Hard-working. This is who we truly are as a people. This is what so many of us, past and present, have dedicated our lives to conveying to ourselves, and the global community. With a 400-year handicap. While fighting for our basic humanity. Without access to capital. Without the option to fail, even once. While 95 percent of our businesses don't even have employees. While continually and repeatedly being gaslighted into explaining all of this. While culture vultures commodify our pain for profit.

The idea of "taking ownership of our narrative" is not simply about telling more Black stories through a whitewashed lens. It isn't about the catharsis of being heard, or even artistic expression. It definitely isn't about a feel-good moment brought to you by yet another white savior.

It's about building our own institutions. And that requires capital: public and private reparations with no strings attached. The only way to see and hear the truth is for Black women—Black people—to tell our own stories, unencumbered. With autonomy and equity. Stories that are restorative. Stories that are thrilling. Stories with depth. Stories of strong Black love. Stories that don't require a traumatic catalyst. Regular-ass, around-the-way-girl stories that bring us joy and restitution.

So honestly, White Ally, you can keep your IG posts and tweets of solidarity. You can keep your blackout days. We don't need your lip service. It'll take more than publishing a few Black-owned business roundups for a couple of weeks. Until you commit to doing your part in holistically dismantling the countless corrupt, oppressive systems that keep the darkest people all over the world in a figurative—and literal—chokehold, the only thing we can possibly say to you is: "I can't breathe." 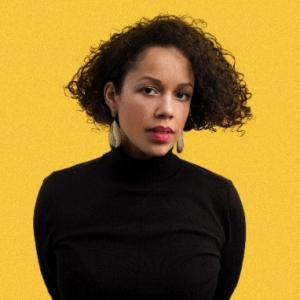