Pain, Empathy, Change: My Story of Otherness in the Ad Industry

It's finally time to get diversity right

I've been working in multicultural marketing since I was a toddler. I grew up in a very white suburb in Indiana during the civil rights movement. Indiana may be just north of the Mason-Dixon line, but it is also the birthplace of the Ku Klux Klan. I was the unofficial Ambassador for Minority Representation at Thrif-T-Mart. While my mom shopped, I'd sit in the grocery cart and fend off the hostile stares of kids who'd stick their tongues out at me. When their moms would notice, sometimes they would stare too, or instruct, "Oh, that's just a Chinese." Even at age 4, this didn't sit well with me. I mean, the grammar was appalling. But I clearly recall wanting to say, "Hey, lady, we're Korean!"

My siblings and I were often the only students of color in our classes. In grade school, I remember the few times a teacher would talk about slavery, all 26 pairs of eyes would turn to me. This made me realize that my white classmates lumped all minorities together, and because of that, the fates of people of color were interlocked. Nearly every week someone would spit or throw rocks and say, "Go back to where you came from," which was confusing for me, as I was born in Indiana. I often wished we could just blend in. While this could be seen as a universal desire, for us at the time, it felt more like survival.

So, you can imagine our horror when my dad, a professor of economics at the University of Notre Dame, decided we'd open a men's "high-fashion" clothing store. I adored my dad, and thought he was a brilliant, but this was a man who wore dark socks with sandals. What good could come of this? Turns out he had a critical supply chain connection to where the trendy clothes were manufactured—Korea. Soon, our store developed loyal customers, many of whom were African American, gay, or both. In middle school, I wrote my first commercial for this clientele, long before I knew I wanted a career in advertising. It was a radio spot with brand callouts (Stacey Adams! Kangol! Members Only!) that I felt would grab attention. And it worked.

To my shock, the stores did well. I learned to hem pants and stay in tune with what our audience wanted. Along with value, my dad had the foresight to recognize a need and provide something unique.

By the time I started working in the creative department of big ad agencies in L.A., I was still the "only"—the only woman or the only person of color in the room. I found a way to thrive. I stayed busy at agencies like DDB, Deutsch, Team One, Saatchi & Saatchi, Ogilvy and TBWA\Chiat\Day. I worked on almost every car account in town and started winning national and international awards for clients like Cigna, Lexus, SunAmerica, DirecTV and Mitsubishi.

But there were microaggressions. Plenty of them. Like the time they changed my name on the org chart because they didn't want the conservative client to think an Asian woman would be writing their ads. Or the time the president of a major agency told my partner that "Helen speaks really good English." Or the time two senior male creatives stood over me and angrily insisted that the TV spot my female partner and I created was sexist against men. Thankfully, the client disagreed and the commercial went on to win a bunch of awards.

At some point, my otherness also became a source of strength. To be a code-switcher or to always have a foot in two worlds, gave me a distinct advantage when it came to insights, creativity and conviction. It also helped me hone my superpower—empathy. It's the single most important characteristic I look for when hiring creatives.

I've spent a lifetime fighting for marketing that's more inclusive, more culturally aware. We live in a multicultural world. Advertising has always struggled to keep up. We remain surrounded by inaccurate and dangerous stereotypes in media. Representation for people of color in TV and film has barely increased from 2007 to 2020, according to the USC Annenberg Inclusion Initiative.

What can advertising do if we truly want change? As someone who's running their own agency for the first time, this is what now keeps me up at night. We've been dancing around talk of "diversity" for 20-plus years—it's time to put up or shut up.

I'll start by telling my own story, with the hope that it inspires more to do the same. Stories lead to deeper understanding. And I encourage every agency to consider empathy as criteria for hiring and promotion. If you aren't striving to "see" those who differ from you, how will you create messages that resonate?

Sharing our stories of discrimination, microaggressions and racism isn't easy. But it's only by acknowledging the truth that we can begin to create change. The Ambassador from Thrif-T-Mart agrees.

Editor's note: This piece was written before the killings in Acworth, Georgia, on March 17, 2021. 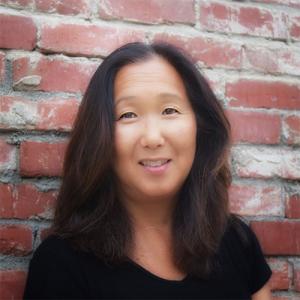 Helen Cho
Helen Cho is founder and CEO/CCO of the recently opened PLAYA, a certified minority and woman-owned advertising agency in Los Angeles that helps brands reach more diverse audiences. Helen can be reached at HCho@PlayaAgency.com.
More from Helen Cho