To celebrate Helsinki Pride this week in Finland's capital, Burger King rolled out ads showing the King kissing Ronald McDonald and the line "Love conquers all."

The campaign, from TBWA\Helsinki and media partner Virta Helsinki, celebrates the LGBTQ+ community. It's reminiscent of a few campaigns of the past—notably, Benetton's "Unhate" ads from 2011, which showed world leaders kissing; and BK's own "McWhopper" campaign, created for the International Day of Peace in 2015, which likewise suggested the fast-food chains engage in togetherness rather than animosity.

The kiss is being featured in outdoor and print ads, as well as in BK's social channels and restaurants around Finland during Helsinki Pride Week. 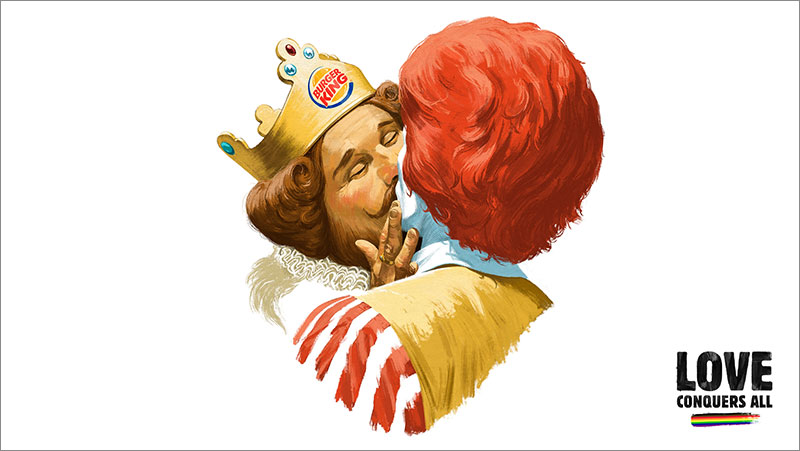 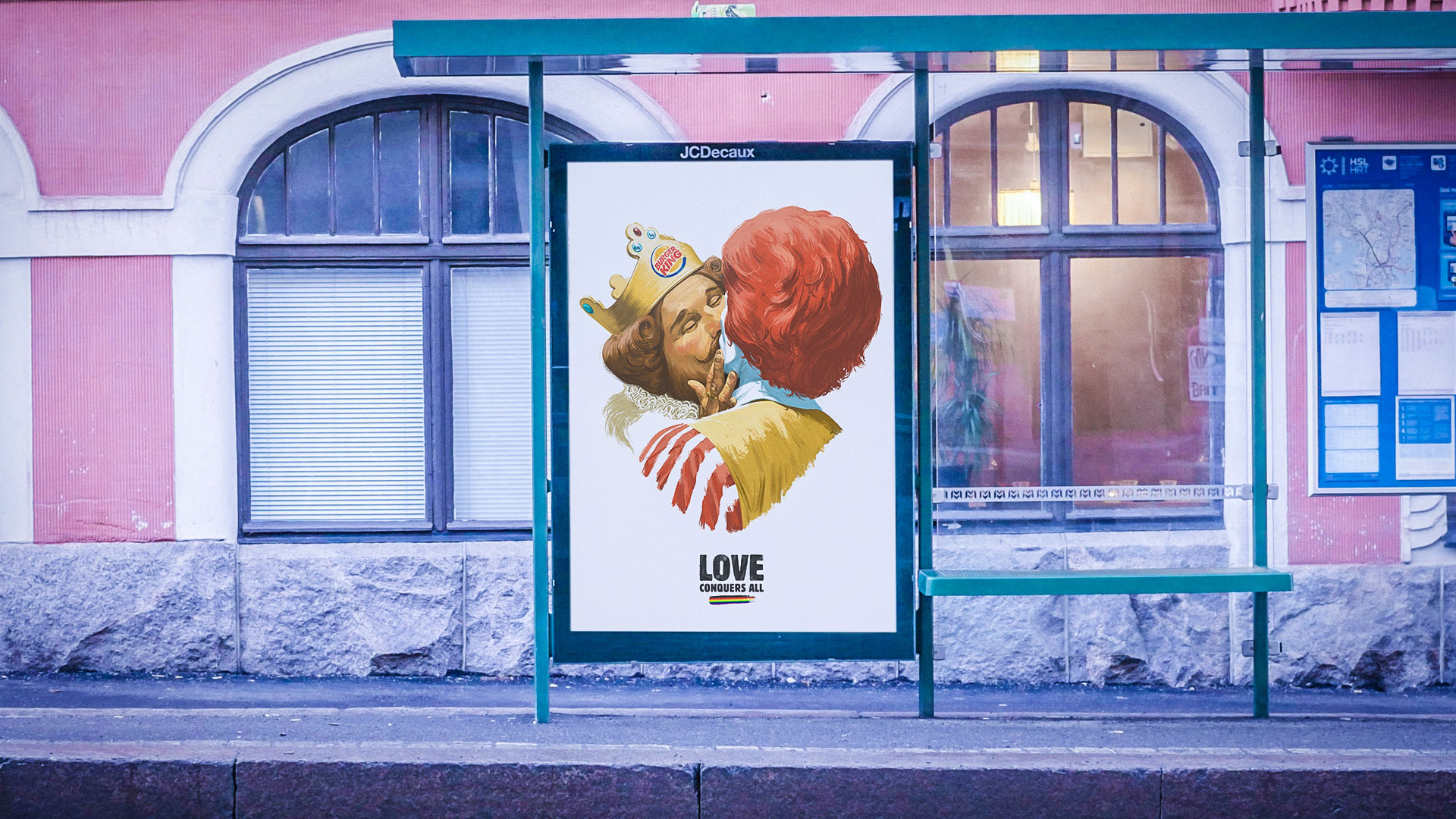 "Burger King has always stood for equality, love and everyone's right to be just the way they are," says Burger King Finland brand manager Kaisa Kasila. "The only instance where it might not seem so is when we're bantering with our competitor. But we want to be clear—it all stems from the respect we have for them. And we know McDonald's stands for the values we stand for, too."

Kasila adds: "The idea behind the painting sprang from our desire to celebrate love in all forms. We thought, what better way to convey our values than by portraying an all-encompassing kiss between Burger King and McDonald? We wanted to show that in the end, love always wins."