Brands, Let's Celebrate Women Every Day, Not One Month a Year

Walk the walk instead of patting yourself on the back

March has been dominated by the COVID-19 crisis, but it's also been Women's History Month. And as it draws to a close, it's worth reminding brands that they should acknowledge the hardships of women year-round, rather than spent one month patting themselves on the back for their own inclusivity.

As a senior producer and director for over a decade, I've witnessed these discrepancies first-hand working for brands, agencies and production companies across the ad industry. Don't get me wrong, Women's History Month as an institution is great. But let's celebrate women every day. Brands have hopped on the marketing bandwagon to highlight women within their corporations, and utilize powerful women in ads, but some seem more concerned with checking the box of, "We celebrate gender equality! We're storytellers and talk about women celebrating their stories! We're Good."

I'm unclear about the long-lasting impact of these kinds of ads, at the end of the day. With brands making "Women's History Month" campaigns, or those that made such campaigns for this past International Women's Day on March 8, what is their intended return on investment or impact? Is that ROI enough to benefit women in the industry in tangible ways?

I don't think it's enough. From a creator's POV, we still don't have enough access to RFPs, grants, contests or other financial incentives to get creative projects over the finish line. Brands and agencies hold the power to recognize more women in creative industries and leverage their talents to secure them jobs, and let their voices be heard en masse, but are they doing enough? I think they think they do. I've heard brand, agency and production company representatives claim to have worked with, hired or added female creatives to their rosters—but when pressed, they scramble to know how many exactly. The unconscious bias to gloss over minority talent in favor of cis white men—even to share stories by and for women and others—still staggeringly tilts in their favor.

Now, there are brands that walk the talk. The more inclusive of these brands have engaged female creatives and makers to lead campaigns championing their female brand ambassadors, and then given back to the greater community. During the major advertising seasons this year—the Super Bowl and the Oscars, back to back—we saw an uptick in brands making their cultural and social stances clear, and using underrepresented creators to do so. Nike has a track record of leveraging ad campaigns to champion women earnestly, and has hired directors who were women to shoot these projects, for some time. Olay launched (literally, in the commercial) its Super Bowl #MakeSpaceforWomen campaign directed by Jamie Babbit, raising money for female coders.

There are also plenty of brands that raise money for women's initiatives, and those of other minority genders, year-round. Thinx's GiveRise program partners with Girls Inc., Safe Horizon and the Alliance of Border Collaboratives to provide feminine products to women without access. Clothing retailer Wild Fang donates to charities with every purchase, having raised $400,000 in 2018 alone. These initiatives are backed by underrepresented genders behind the scenes who deliver on their promises through measurable social impact, often without a whole lot of recognition.

Ultimately, brands and agencies should most definitely recognize such an important demographic of their workforce, but do so thoughtfully, and not relegated to one day or month per year. This mindful approach would require a deeper understanding of the needs and issues that these women face day-to-day—be it within their own industries, or in their communities broadly. With this understanding, taking substantial, traceable action beyond the advertising campaign to extend their support is how brands can best back these notions.

As obvious as it sounds, brand initiatives for women should do more to benefit the women they serve than the public perception of the brands themselves. 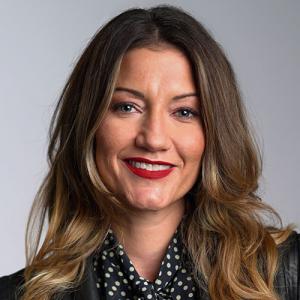 Alexandra Henry
Alexandra Henry is a Valiant Pictures director and senior producer who has worked alongside brands, agencies and production companies across the ad industry for over a decade. Her short film Street Heroines was recently selected as a finalist for the STARZ & The WrapWomen short documentary contest for female filmmakers.
More from Alexandra Henry