Black Americans Have Had Enough Marketing Speak From Corporate America

It's time for action, not PR

In the wake of what is going on nationally in America with Black Lives Matter protests and sporadic civil unrest, it seems almost shortsighted to be fighting in business for a level of equity and inclusion. Unfortunately, what we're seeing play out in the media today is representative of how business is conducted, except now we're fighting through years of failed systematic corporate culture and political bureaucracy at the highest levels. And companies look for those great PR moments that settle things on the surface.

We've all seen the viral videos online that show the "secret" of selling to the Negro, created in the early to mid-1950s. I often joke that, in advertising, we're fighting to be involved in an industry that never really understood us, or saw our financial value. Our buying power was acknowledged, yet dismissed.

Ironically, I think we're at a very pivotal moment in both the Black culture of the country and the lack of Black culture in the advertising industry. We're still not only trying to figure out the secret of selling to the Negro, but also how to engage with the Negro honestly and genuinely. It's OK to steal our relevant trends and cultural movements and capitalize on them (think of how mainstream hip-hop is in popular culture today, and compare that to how it was seen back in the '80s), without paying any true return of equity to the Black community. There's a prevailing sentiment among Black Americans that enough is enough. We're now hearing the calls to let freedom ring singing loud and clear across this nation to let our powerful Black voices be heard.

Studies show Americans are becoming more blended as the years progress. The internet has opened the world's eyes to truly explore race and culture in a way not seen before. As marketers, we're in the business of selling the human experience as a way of selling products. Yet underlying this multibillion-dollar industry is a secret that plagues the majority of businesses in America: The C-suites are simply not engaging Black and brown people, and the vendor selections they make are not engaging Black and brown vendors. Brands and agencies consistently fail not just minority audiences, but minority suppliers too, with little pressure to change.

Yet our social feeds are riddled with examples of corporations blacking out their social media channels with symbolic black squares, or announcing the hiring of diversity and inclusion officers—for which the uniform requirement often seems to be an accomplished woman of color—to make a statement that "change has arrived." It's worth noting that CNBC reported in July that these positions are typically underpaid. So you be the judge: Is this the sign that change really has arrived? Black squares on social media, and content that tries to lean more to what we consider to be the "Black Democrat," are not enough.

So where does that leave us? Are these diversity and inclusion champions expected to be the one additional face of color that's tasked with carrying the minority weight of the entire company, and be the voice of Black and brown people? Or can we foresee these roles becoming pivotal in correcting, in some ways, the sad and racist history of our country? Regardless, whether you want to acknowledge this or not, slavery existed in America. As a result, Black Americans have been disproportionately underserved in all sectors of business.

As young Black Americans, we're taught early on that education will be the key to our success. So we follow these steps and land our first professional jobs, and almost immediately we're faced with the sad reality that we're still Black in America. So now we go through the process of grief, like suffering a death. We look for our mentors, yet very few exist, because they too have been discouraged. We harken back to the "I've got mine, but you've got yours still to get" mentality. It's a saying heard in so many Black American households.

So we look for our tribe, and continue to navigate being unconsciously the lowest person on the totem pole. In advertising, we watch promotions pass us by. We watch lesser-qualified individuals get better brand projects to work on. Or we are the only Black and/or brown vendor invited to have a seat at the bidding table. We should be happy, because we're the minority employee, often the sole one, or just one of a handful of minorities in the whole company. This makes us socially and politically conditioned, and understanding our cultural vulnerability, we comply. The cycle continues.

Clearly it's outdated, and those who don't correct it, and correct it soon, will unapologetically be lost when it comes to dealing with Black and brown communities. This is what happens when your consumers permanently leave, because your social response internally was so rooted in the Old Boys' Club that your organization could not change—because we need to be pushing for change. Question is, how do we do the following?

As a vendor to agencies and brands, we no longer want to be the company you call for a check bid because a client asked, "Where's the diversity representation in the bid pool?" We want to be called because you value our work and leadership. We create leaders of diverse backgrounds that become valuable cultural resources to the clients we serve. So allow your minority vendors to become a trusted resource, and when you have a great experience with them, be sure to share that with friends and colleagues.

I recently said to a friend in advertising that the same way our young Black youth are courted to get on the basketball court or football field is the same way they should be courted to bring new creative ideas into the advertising space. Start young, and let these youth know you're interested in having them be a part of your world early. Ultimately, they'll introduce the team to new creative solutions, and sometimes being the only "one" isn't quite as fun.

Hold yourself accountable while being honest.

Often we find ourselves wanting to give a politically correct response to the reality of American life. Anyone in business can handle the truth on why they did or did not get a job. Feeling too nervous or too intimidated to tell your client, your agency bosses or your vendors the truth is simply a sign of weak leadership. It's hard to correct what you may not be aware of.

It's no longer acceptable to say, "I can't find minority vendors or employees because there just aren't any in our sector." Anyone who says that should be fired immediately. That's the job of any buyer or recruiter, and if this is your excuse, then you must have failed. It's the equivalent to me not providing a client with a hard drive containing assets after a shoot; I'd be replaced in that situation. So should you.

Understand your own biases.

This is likely the hardest recommendation on this list, as sometimes we have good intentions, but our language says otherwise. Don't screen a reel featuring all Black talent and then say, "You know, I just don't see it on the reel." What don't you see? White America? Don't ask employees to be on calls as the Black representative for their culture. Don't use the words "down and dirty," "edgy," "non-threatening urban," "sassy sister" or "hip-hop vibe" when describing what you feel is needed for multicultural campaigns. These, my friends, are micro aggressions that send the wrong message to your brown and Black friends. (Don't believe me? Just ask Stan Richards.) And by chance if you still do, acknowledge it for yourself and correct it. The English language has a wealth of vocabulary.

So, are we aligned? Are you trailing with this? Or do we need to take this offline? 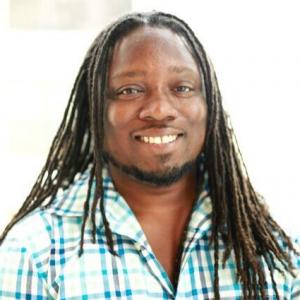