Note: The following is an excerpt from the author's new book, The Art of Digital Persuasion.

Brands have long been keen on creating relationships with customers and prospects. As you've surely picked up by now, it's the how, the what and the where that have seen the most change.

Stacy Minero has been one of the most important change-makers.

Minero's experience in content marketing and what she calls emotional connection pre-dates Twitter's launch in 2006.

From a seat at top agency Mindshare, she worked with networks and brands to develop compelling programming. Among the assignments was teaming with Fox to create a 25th episode of 24, and with Bravo to create an after-show tied to Project Runway.

"It was so far back that you had to email in your question," she remembered. "There was no social. I saw that the world was moving from traditional advertising that people had to endure to content that people wanted to watch."

Be Here and Everywhere?

Now, as head of content creation at Twitter, Minero advises brands to understand every platform, but not necessarily be everywhere.

"When it comes to brand marketing, obviously our partners are creating these holistic communication plans," she told me. "I used to do that. I think that every platform and channel has a role and a superpower and Twitter's is to launch something new. If you want to reach the most influential audience that is receptive, you go to Twitter. It's where the conversations start and where those messages can spread. And where what happened on the platform can influence what happens off platform.

For many brands, Twitter is a vehicle to tap into a worldwide user base of more than 300 million and to use the platform's access to influencers and causes.

More than 90 percent access Twitter on mobile screens, according to the company, but screen dimensions aren't the most critical factor.

"[That's unlike] in traditional TV, where you have what we call the opportunity to romance the reveal with a narrative arc that culminates with some payoff."

Minero counsels clients to optimize for sound-off viewing, ensuring that people can process the brand's message perhaps with captions for dialogue or visual key messages or key product benefits that are going to resonate with a consumer and drive recall.

Time certainly is of the essence, demanding storytelling and visuals that quickly grab the viewer.

"Emotion is the currency for brand advertising," she said. "Think about how you can create that emotional connection very quickly."

Bank of America's "Friends Again" campaign succeeded following this path. To create awareness and consideration for its peer-to-peer app, the brand tapped into social creators rather than brand content to tell the story primarily to a younger audience.

"They created a whole holiday called 'Payback Friend Day,' and took the stigma out of owing people money," Minero explained. "You go out to dinner, and with check-splitting, somebody is a winner and somebody is a loser. Or you might see this with fantasy football.

"The brand tapped into the insight about friendships that that might fall apart due to the money issues and converted that insight into this culturally relevant campaign. They used the social creators that had connections with their fan bases to not only gain attention but also to drive conversation."

Campaigns in all mediums often have a goal of turning the passive into active.

Nike and Adidas have been especially imaginative on Twitter, engaging members and turning on-the-ground events into happenings viewed globally.

"When we think about emotional currency, one of the big ways to do that is to design participation," Minero explained. "It's moving people from viewing to doing and then giving them something that is rewarding and valuable. You can do that through content, you can do that through experiences."

First, in 2017, Nike created "Breaking2," an attempt for elite athletes to break the two-hour barrier for running a marathon. The number of people tuning in to the livestream on Twitter was nearly eight times higher than the broadcast audience of the New York, Boston and Chicago marathons. In total, 13.1 million watched the attempt live via Twitter, making it the company's largest brand-powered, live-streaming event.

"It was cool because you saw all the tweets from the people who are watching on Twitter," Minero said. "And then you have this curated timeline where you had all these journalists and sports broadcasters weighing in minute by minute, weighing in on what was happening on screen.

"'Breaking2' created a sense of urgency. I would say also anticipation because there's an outcome—either the marathon record will be broken or not. You are driving tune-in around this anticipation. They also used Twitter Tools. You can 'heart' to get a reminder when the race is going live or when key moments were happening."

"They saw the white space in video content, they saw the conversation around football at this passion point," Minero said. "They created this live-streaming experience where you could consume something that you couldn't consume anywhere else."

Dunk in the Dark

One of the most memorable brand efforts on Twitter was during Super Bowl XLVII in 2013, when Oreo and its digital agency reacted to a blackout during the game with the tweet, "Power out. No problem. You can still dunk in the dark." The message was retweeted 10,000 times in an hour, according to AdAge.

Since, anticipation has grown for the next breakthrough moment.

Minero cautions brands about forcing it.

"I think about real time in the context of right time," she told me. "I think if you empower your content creators or your community managers to take advantage of moments that are relevant for the brand, it's a smart thing to do. I think chasing viral moments is not a smart strategy. Thinking about your brand position or strategic territories is the right thing to do."

Interestingly, some brands have built upon the concept of user-generated content (UGC) to entice customers to take part in user-generated product (UGP).

"If you think about mayochup, which is a combination of mayonnaise and ketchup, Heinz put a Twitter poll out there and said if you get to 500,000 [participants], we're going to put these products on shelves in your local stores," Minero said. "And that created a whole gamification of that campaign. And they got a billion [media] impressions within 48 hours."

Oreo also stood out in 2017 by offering customers $500,000 and an opportunity through #MyOreoCreation to devise new product combinations.

"People would tweet about them and post about them on other platforms," Minero explained. "And on Twitter, they would send back to certain consumers a playful GIF that showcased the combination and the suggestion that the consumer had. It felt like a reward and that the brand was hearing them. They felt celebrated and also gave them currency to share with their friends and followers.

"This was a great way to use a campaign to not only get attention but to create brand advocates. The finalists were kettle corn, pina colada and cherry cola. It was the unexpected combinations that kept people interested in what the outcome would be."

As to where we are headed, Minero views machines as helpful but not the end-all.

"You're never going to take humans out of the creative process," she said. "That's because ideas come from understanding mind-set and motivation and universal human truths. But I think technology will continue to up our game in terms of optimization, everything from understanding what hair color resonates in a video to the type of like product and packaging you should showcase in a shot.

"There's going to be a lot more innovation and disruptors. I'm not sure how it will play out. I do think that great stories that are rooted in human insight and strike a cultural chord will be sustainable forever." 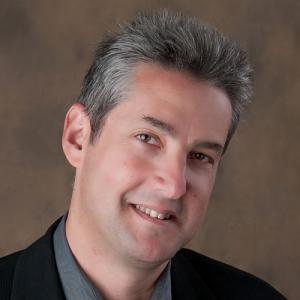 Jeff Hasen
Jeff Hasen is a strategist for POSSIBLE Mobile and author of three books, including the newly released The Art of Digital Persuasion.
More from Jeff Hasen