What's Up With This Vodka Brand's Brutally Honest Packaging?

An experiment in extreme transparency 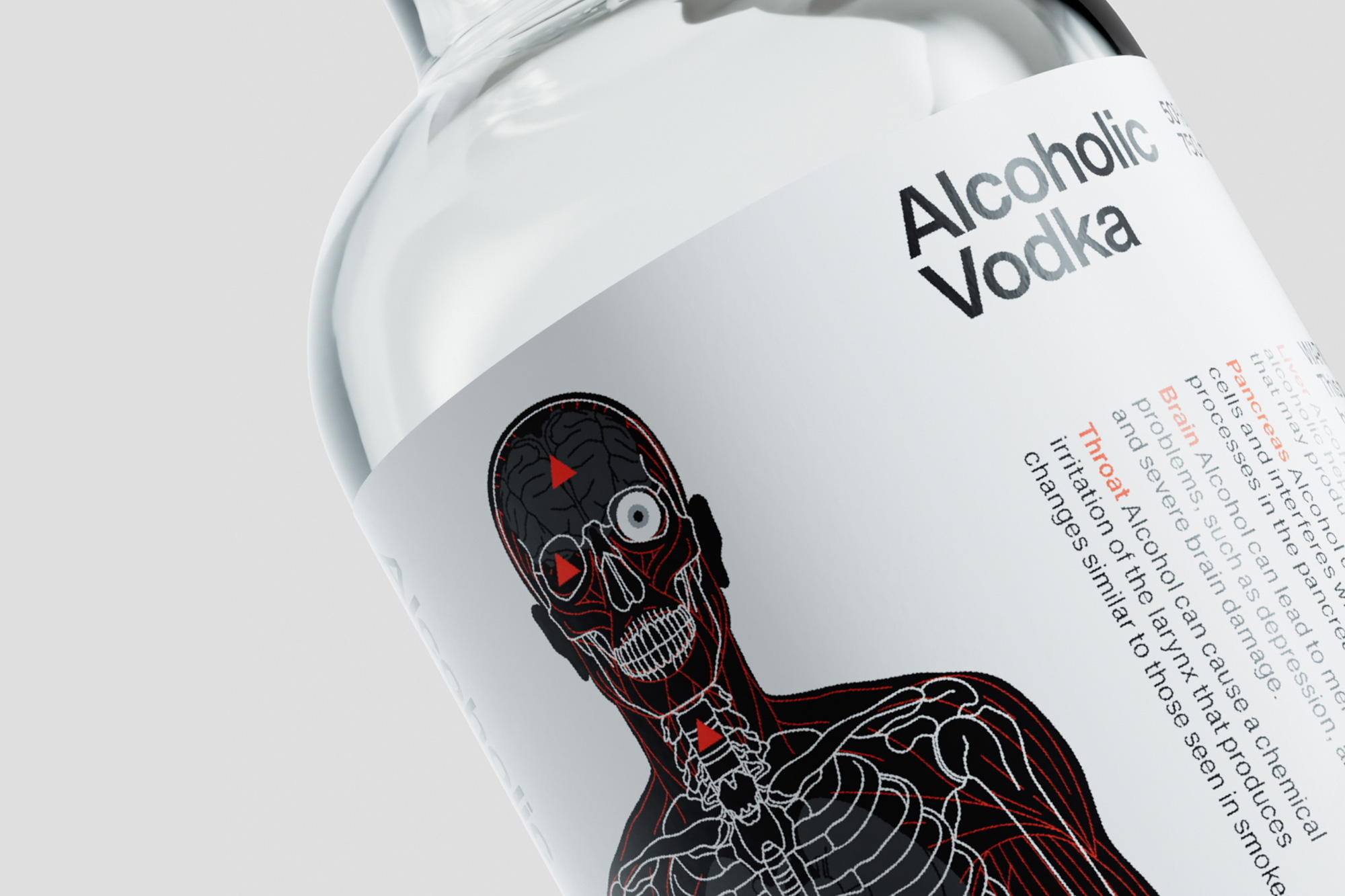 Vodka is fine in moderation, but let's be honest. For many who drink it, it's an unhealthy part of their lives.

A new Swedish vodka brand, simply called Alcoholic Vodka, bizarrely leans into the many negative effects of alcohol use with packaging and advertising that effectively warns you not to drink it. "This product is extremely harmful to your health and can cause a variety of serious diseases," says the first line of copy on the website. "If you for some reason have to drink it, please drink responsibly. There are many great alternatives to this hazardous beverage. Please think twice before ordering."

The bottle itself features an anatomical illustration of the human body, with red warning triangles all over it—which match up to adjoining copy indicating exactly how alcohol can ravage your insides. 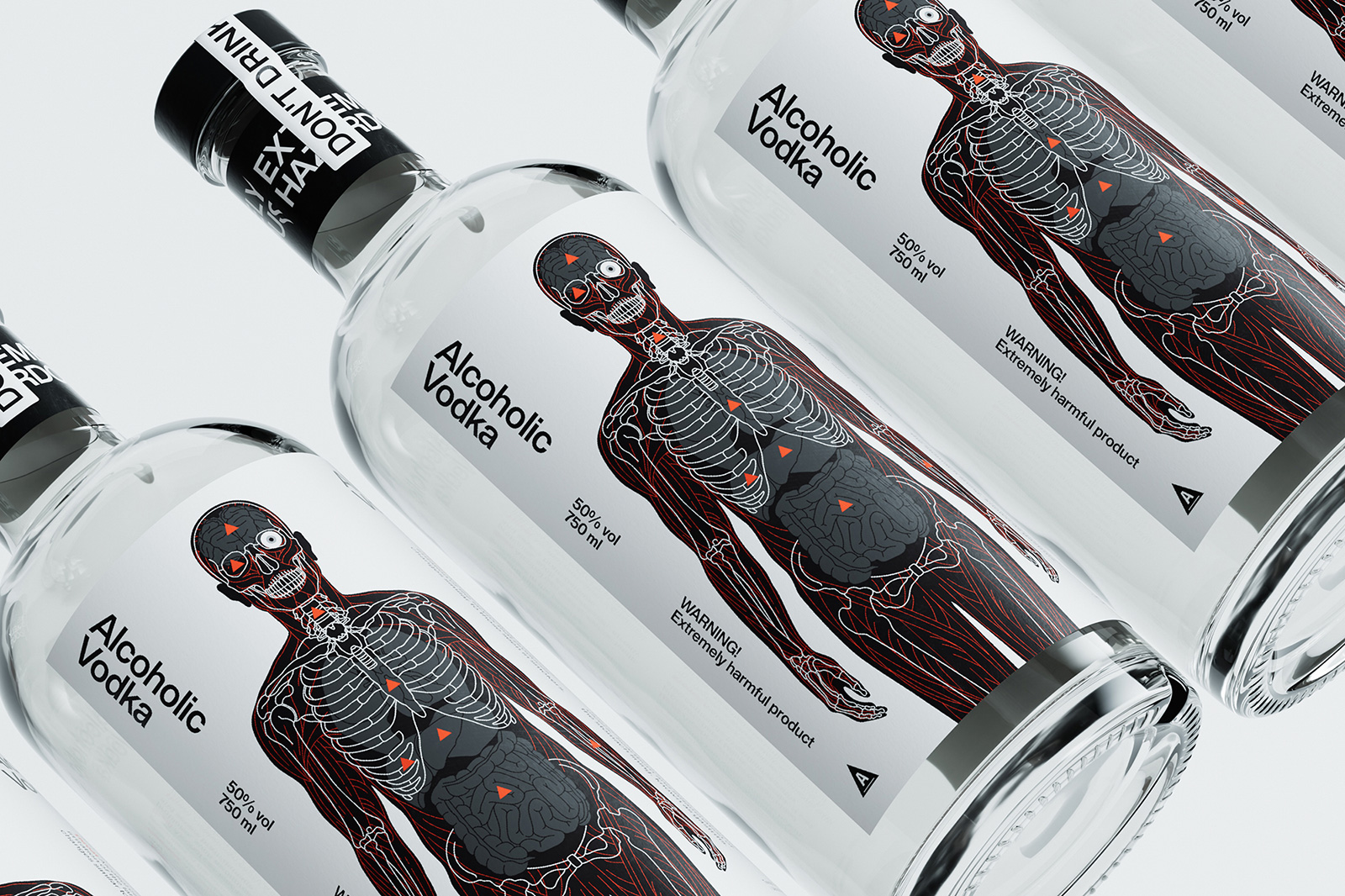 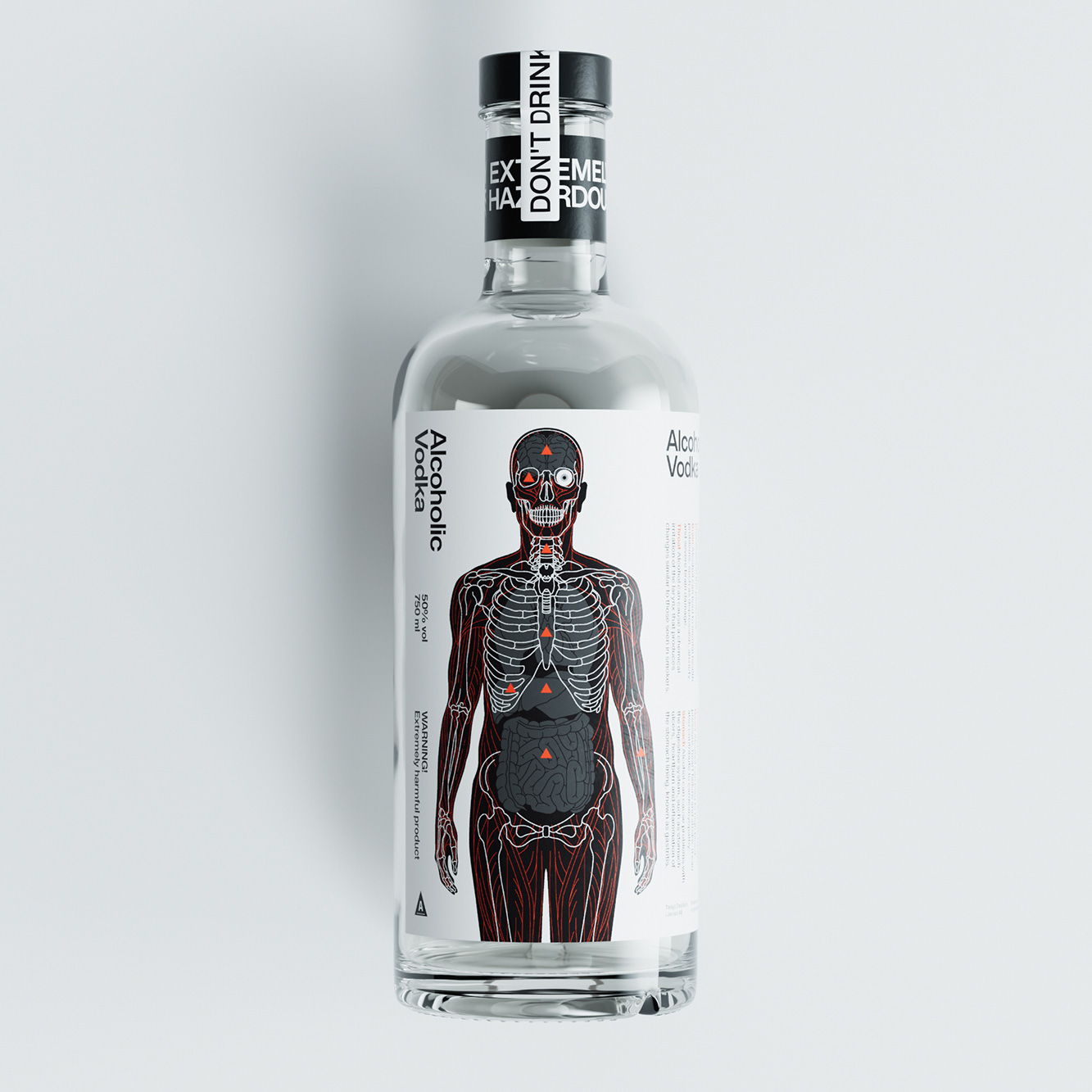 So, what's the deal? Turns out this is a project from Swedish creative directors Johan Pihl and Magnus Jakobsson, who've been involved in many award-winning ad campaigns through the years.

On its face, Alcoholic Vodka would seem to be a pretty straightforward, if odd, exercise in reverse psychology, drumming up interest by making the product seem dangerous. But Pihl and Jakobsson say it's more about experimenting with the recent trend in advertising toward transparency—here obviously taken to radical extremes.

"The idea came from discussing what brand would even dare to suggest 100 percent honesty as its only marketing strategy?" the pair tell Muse. Certainly no existing brand, even though some brands exercise transparency in their marketing occasionally. So, we decided to launch our own brand, fueled by 100 percent transparency in everything from product to design to advertising."

Most vodka brands spend millions to "hide the truth," they contend. "But the question is how much truth can they handle? 100 percent? We don't know, and that's why we decided to find out the hard way. Most probably it will fail. Truth often does. But that's all good. This project is about accepting any outcome in terms of how consumers receive the product. It's entirely disentangled from any market research, agency brief or focus group. The future of Alcoholic Vodka is out of our hands, more or less."

They've clearly put a lot of work into this experiment—creating a product from scratch, figuring out production and distribution, designing the label, and more.

"Starting a product from scratch is always hard, especially a product that criticizes itself relentlessly," Pihl and Jakobsson say. "There is most probably no one in the liquor industry that would want this to fly. It’s a whistleblower screaming at the top of its lungs in a category that would much rather talk about cool pool parties in the sunset. I guess this brand is a sort of a party pooper in that sense."

Also, they fully admit they have no idea who would buy this.

"It's part of the reason we made it, not knowing for sure where it fits in or if it fits at all," they say. "If absolutely no one wants this product, it’s fine. At least we gave unfiltered truth a shot in a category where pure honesty is more or less endangered."

One thing is for sure, though. The bottle design is eye-catching. 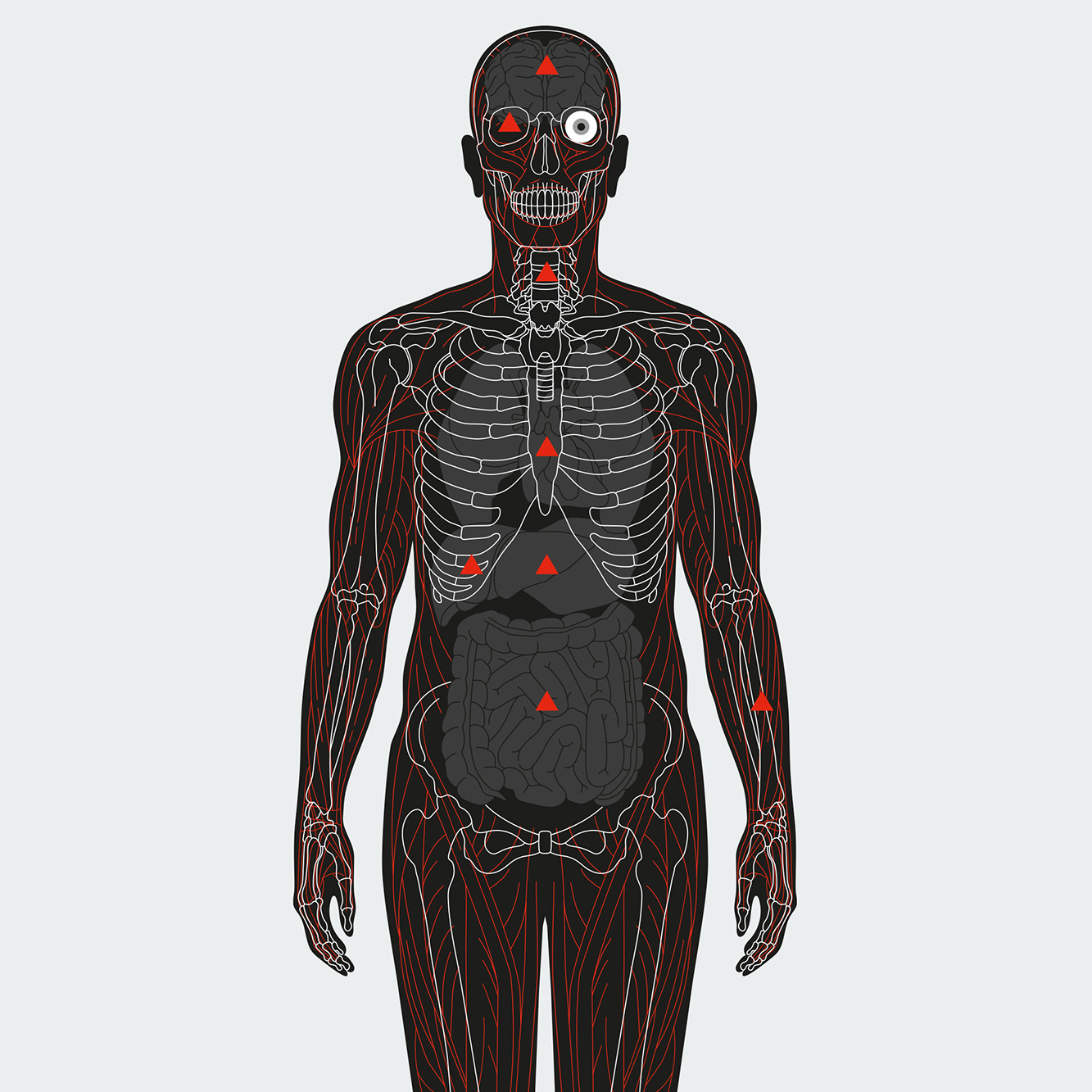 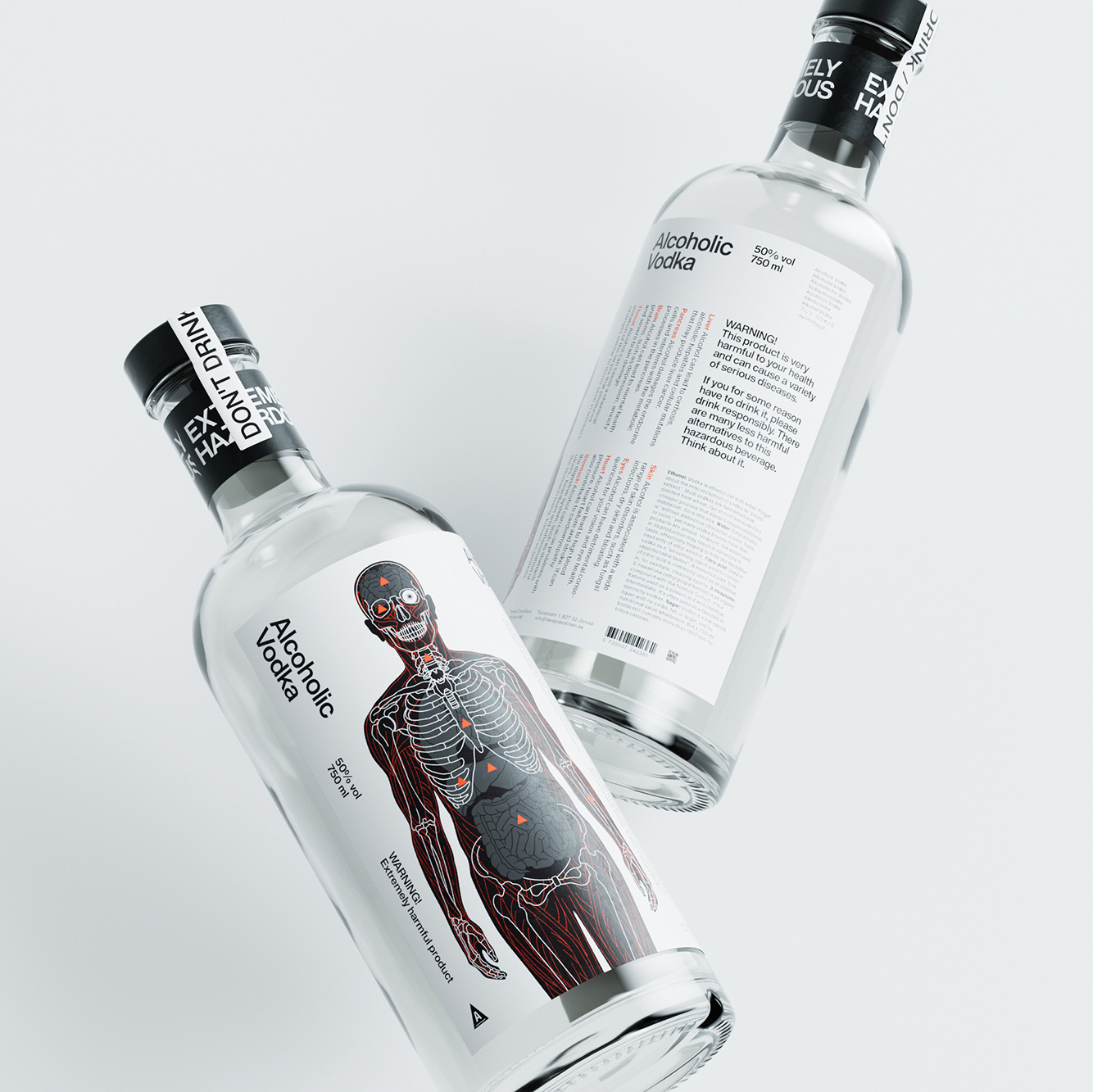 "We spent a lot of time on finding a the right design direction, aiming for something extremely informative yet compelling," the creatives say. "One idea was that the label would easily convert, if enlarged, into a educational poster that could work in schools or hospitals. Many brilliant people have contributed and throughout the two years [in development] we have been fortunate to work with some of Sweden’s best graphic designers and illustrators. It’s been a rewarding experience to completely disregard any of the typical design meant to enhance the product as something good and valuable, and instead only focus on informing the consumer of the downsides."

So, cheers, I guess?