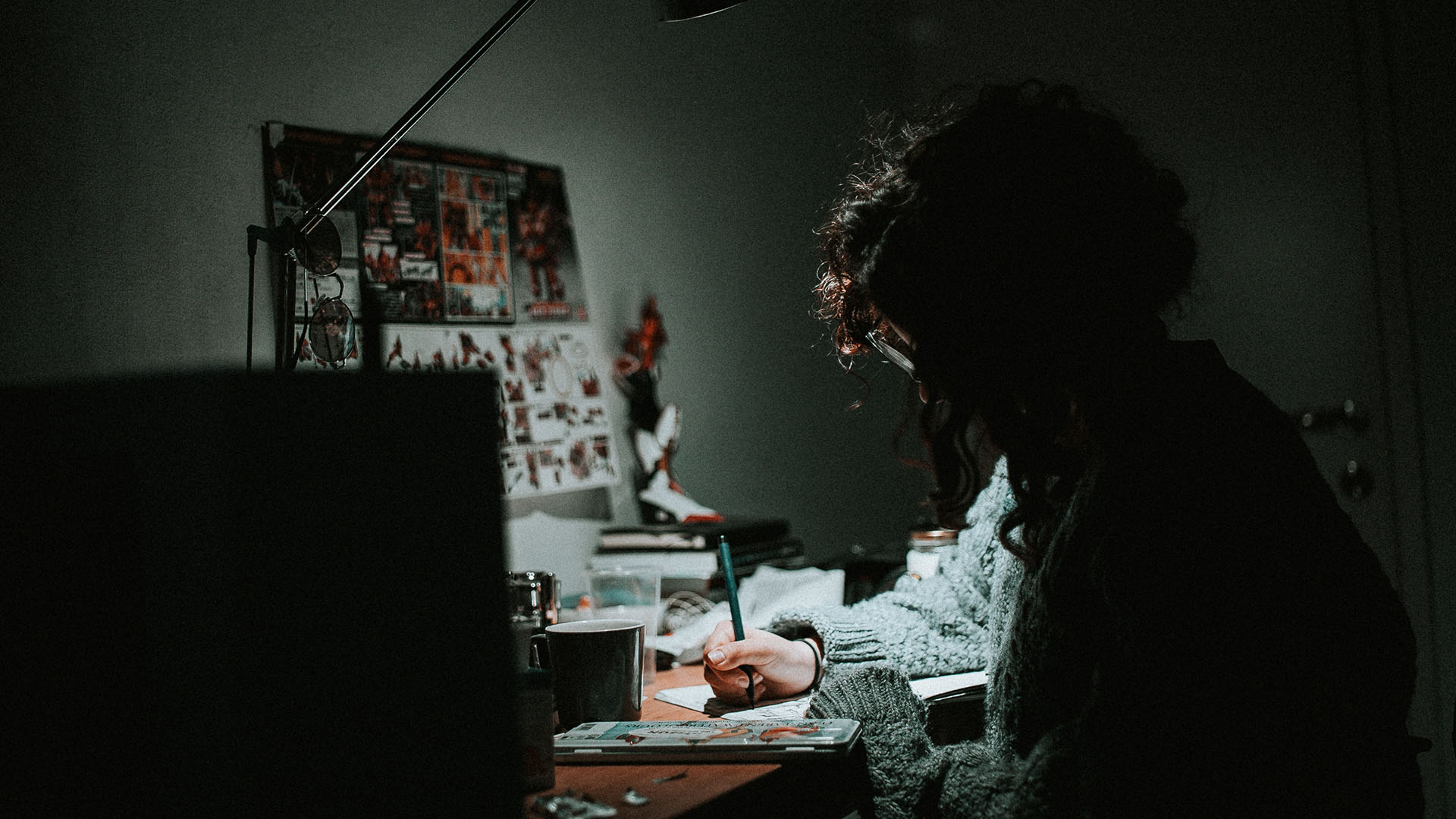 These days, the world isn't a very inspiring place.

Museums, movie theaters, concert halls and galleries have been shuttered. Design conferences, film festivals, television productions and speaker series have been postponed. Many of the things we usually do and places we usually go to find inspiration are indefinitely out of service. Ten months into this crisis, some of those creative lifelines have begun to reopen, but most remain closed.

For graphic designers, this slowdown of creative culture in art, film, theater and music has produced much anxiety. Inspiration, according to common wisdom, is the critical first step of the creative process. When it comes to making great work, we've all been told the same story: Successful artists—da Vinci, Mozart, van Gogh, Cassatt, Kafka, Kahlo—were successful because they were inspired.

Thankfully, that story is more fiction than fact. Creativity may sometimes start with inspiration, but much more often it starts with hard work.

It was a lesson I, like many designers, learned early in life.

Drawing was my first love. In kindergarten, my parents bought me a blue kid-sized artist easel. Some of my most vivid memories from early childhood were made standing at that easel, marker in hand, drawing stick people and smiling suns. By first grade, I'd made up my mind: In a journal entry, I declared that "When I grow up, I want to be an artist." But that dream didn't come easy.

Through the ups and downs of youth, drawing remained a regular hobby. But it was also something more.

When I was 8, I was diagnosed with a social anxiety disorder. Things that came easy to other kids—making friends, speaking up in class, even just starting conversations—felt impossible to me. In elementary and middle school, I was the shy kid. Drawing was one of the only ways I knew how to express myself without feeling anxious.

Things were hard at home, too. I was the only child to two loving but poorly matched parents. When they would fight, I would retreat to my bedroom to draw. My sketchpad was my life preserver, drawing my therapy. Art offered diversion from the pain outside my door.

During those years, drawing wasn't just a hobby, it was an escape. Often, I would spend hour after hour, day after day, alone with my sketchbook. I drew anything and everything in sight and mind. In good times and bad, drawing was an act of will, not inspiration.

If I had to bet, I'd assume the same was true for most designers. Rarely have I met a designer who didn't spend inordinate amounts of their childhood drawing. As kids, we knew that the only way to get better was to practice. That hardworking effort is the foundation that so much young artistic "talent" is built on. But talent, like inspiration, is much less whimsical than we've been taught. Undoubtedly, behind every great designer is an even greater work ethic.

But as young, aspiring designers set off to design school, inspired by visual culture and the bright lights of the industry, some lose sight of the foundational role that hard work plays in the creative process. The secret to making great work, some designers begin to believe, is not perspiration but inspiration.

This thinking can be a self-defeating mindset, for a number of reasons. Young designers, often enamored with inspirational reference, frequently begin a project with no shortage of creative enthusiasm. But when project challenges inevitably arise, such as client feedback or changes in direction, young designers can become dispirited. As the project continues, these impassioned types can languish, disenchanted by the ups and downs of the job and lost without an inspirational muse to guide them.

The inspiration-focused designer also runs a greater risk of falling in love with promising but underdeveloped early versions of their work, preciously guarding it from client revision and the commercial constraints that would dare to change it.

If taken to an extreme, a fixation on inspiration over creative problem solving can earn a designer a reputation as undependable—a scarlet letter in our industry. As a creative professional, what often separates experts from amateurs is discipline: harnessing a focused determination to start a job and finish it. In the design industry, having a proven track record of completing professional jobs that are on time and on budget, in spite of challenges, can be just as sought-after (if not more) as the next gold Pencil, Clio or Emmy touting designer. But getting there takes discipline and, naturally, time.

In his book Outliers, Malcolm Gladwell popularized the "10,000-Hour Rule," profiling a number of notable figures who reached the highest levels of success by engaging in long-term deliberate practice for some 10,000 hours. It's a book more designers should read. Its emphasis on hard work and patience, and its de-emphasis of talent and inspiration, could serve as a necessary corrective for the inspiration-first approach that many designers use to begin their creative process.

Similar attention, too, ought to be paid to the professional philosophy of Milton Glaser. Glaser is most widely known for his famous "I ♥︎ New York" logo. But the simple piece is just one of the thousands of masterful designs that make up Glaser's unparalleled body of work, comprising over 50 years of logos, posters, magazines, record covers and books that defined visual culture for half a century.

Glaser was one of the most celebrated graphic designers of all time. And his work ethic was just as prolific. The motto that guided him throughout his career, which he stenciled on the glass above the entryway to his studio, was simple: "Art Is Work." Not inspiration, or revelation, or magic. To all who entered, it was a powerful reminder of the importance of thinking first and foremost of the work.

If every designer had a copy of Outliers and a framed photo of Glaser's studio door on their desk, it would go a long way toward countering the inspiration mindset that has permeated our creative process and become so prevalent in the design world.

But this alone wouldn't go far enough, because the forces pushing designers toward an overdependence on inspiration aren't just individual, they're historical.

According to Greek mythology, inspiration came from the nine Muses. With each deity representing a different art form, artists would call on the Muses to rouse their imagination and appeal for the necessary inspiration to invoke creativity. Religious faiths such as Christianity, Judaism, Hinduism and Islam share similar beliefs. Seen as a gift from the gods, goddesses and angels, inspiration is summoned by supernatural forces, delivering a creative revelation to the divinely inspired.

Today, inspiration is a lot less miraculous but all the more pervasive, especially in the lives of designers. With platforms like Behance, Pinterest and Instagram, inspiration has been commoditized.

Pinterest, the most popular visual search engine on the market, has positioned itself as a go-to destination for graphic designers looking to get inspired. On Pinterest, designers can tap, swipe and binge on an infinite scroll of visual inspiration. And although Pinterest promises to spark your imagination, its search algorithm does the opposite, providing homogenous results based on user preferences and trends. The "If you liked that, you'll love this" approach doesn't inspire originality but predictability. Pinterest doesn't provide inspiration; it provides glorified taste recommendations.

Instagram, and the glut of like-bait that is popular on the platform, can do similar harm. Both Pinterest and Instagram drive imitation rather than inspiration, causing designers to emulate styles and copy aesthetics. Pinned and regram'd from one designer to another, these platforms cause designers to style meme, creating and posting their own versions of the latest visual fads, circulated and transformed from user to user. These trends spread quickly, disseminating throughout the internet, and fueling the "#inspo" machine so many designers rely on.

And then there's Behance, a social media platform owned by Adobe, where millions of designers go to post and curate their work in virtual portfolios. Behance is more than another common stop for designers seeking inspiration; it's the holy grail. Brimming with design of every type, medium and industry, these artistic masterworks are sure to impress. But many of Behance's most dazzling projects, more often than not, never saw the light of day. Ryan Moore, creative director at New York design studio Gretel, described Behance as a "boneyard" in a 2016 podcast interview, adding that the platform features lots of beautiful work that, for whatever reason, "didn't hit, or resonate, or become real." He goes on to remind listeners that graphic design is first and foremost a service business, explaining:

"Making beautiful, smart, striking, systematic work that satisfies the client's needs and gets out there in the world, to me, that's the most satisfying thing because it's easy to make something in the vacuum of the studio. It becomes much harder to make that thing and keep the purity of your intent intact as it becomes real and as you're handing it over to people to work with."

Now more than ever, young designers are turning to ready-to-use templates, toolkits and technique-based tutorials for inspiration on demand. In five minutes or less, designers can quickly create an animated title sequence, 3-D product mockup or fully editable logo, made possible with a purchase from an ever-growing number of creative marketplaces. Understandably, these destinations offer a tempting rescue from aggressive deadlines, but the shortcuts they provide do more harm than good, fostering inadequate technical skills and creative problem-solving abilities.

Combine this with an over-reliance on creative social platforms and the crisis facing our industry becomes clear: In search for inspiration, designers have become dependent on shortcuts, sacrificing process for the outcome. That's a mistake. Hard work isn't a hindrance to the creative process. Hard work, and the willingness to try, fail and learn, is the creative process.

Of course, there are no shortage of commercial and economic forces at work. Tight deadlines, shrinking budgets and the speed of technology have squeezed the amount of time once spent on commercial graphic design work. Clients want it faster, cheaper and adaptable for all platforms. To be clear, no designer is arguing for a return to X-ACTO blades and pasteup boards. But to many, it's clear something is wrong.

Chuck Close, famous for painting massive photo-realistic portraitures made up of small geometric forms, suffered a spinal injury that left him paralyzed in 1988. Despite his condition, Close is unwavering, choosing to carry on and work, declaring:

"Inspiration is for amateurs. The rest of us just show up and get to work. If you wait around for the clouds to part and a bolt of lightening to strike you in the brain, you are not going to make an awful lot of work. All the best ideas come out of the process; they come out of the work itself."

For many designers, the era of Covid-19 has felt like the creative doldrums. Inspiration—which promises sudden and effortless rescue from these uninspiring times—has perhaps never been so appealing. Just scroll for a few more minutes, it promises, or stare at that blank page a few more hours, and something will surely spark. It's a promise rarely fulfilled. To create consistently and successfully, designers must base their creative process not on the elusive nature of inspiration but on a solid foundation of hard work.

We'll need to think, again, like we did as kids. We'll need to pull out our sketch pads, roll up our sleeves and get to work—inspiration be damned. 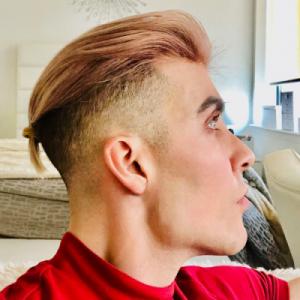 Brandon Lori
Brandon Lori is a designer and creative director in the media and entertainment industry.
More from Brandon Lori