How Digitas Designers Reimagined All Things NBA, From Logos and Jerseys to Shorts 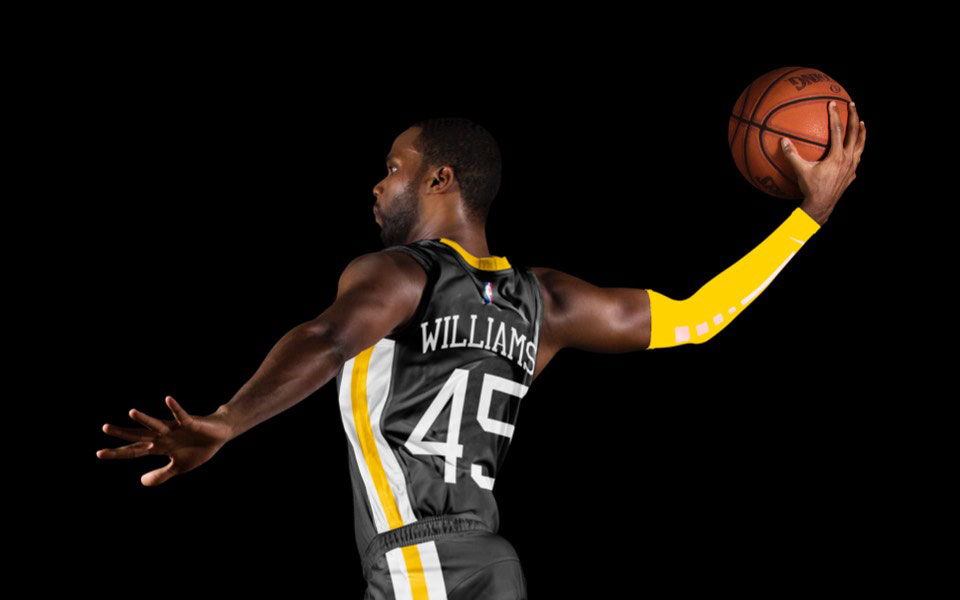 It started with another "Motor City" jersey.

Watching your favorite sports teams put out names, branding or jerseys that are a little (or a lot) lame is tough. As fans, we all basically root for laundry—that laundry should be something we're proud to rally around. We have a small design collective at Digitas, with most of our team based in Detroit, and a few us are huge basketball fans (though we don't count the league or its teams as clients). After years and years of watching the Pistons wear the same-ish Motor City uniform, and being bummed to see them land in the bottom third of most jersey rankings, we broke down and designed a few of our own over a weekend. Turns out there's a reason these fake team redesigns are so prevalent: It's super fun, and it's something a lot of us feel really passionate about. So we started talking about how we could keep going with this, in a way that might cut through the noise.

Yep, another fake team redesign … but with one nuance

We started looking at the tangible effect of the right type of redesign: The Heat's Vice-themed city jerseys and the Bucks' rebrand prove that if you give your fanbase something they can truly rally around, it can spike merch sales. Our hypothesis became, if we could start by taking each NBA fanbase's pulse, we could create not just "new" designs for each team (some of which would feel forced) but the "most resonant" look and feel for every franchise. The business goal was more concise: Any of the executions we did should increase merch sales across the league. This helped give us some criteria as we were evaluating our concepts.

Before we put pen to paper, we compiled every league-wide logo or uniform ranking we could find, plus commentary from blogs and forums to get a sense of how each team's actual fans felt about their look. This led to some unexpected revelations that really impacted the work. We also dug into each squad's city and uniform history to ensure our interpretations were rooted in visual cues that passionate fans would recognize.

We tried not to lean too hard on classic logos or uniforms—as that is a separate revenue stream for the league. But there were a couple (looking at you, Toronto and Golden State) that could not be denied. We ended up with a body of work that combines the expressiveness of the '90s with the sophistication of today's design language.

Given that basketball uniforms pretty much come down to lettering and numbers, it's been a little boring to see the league (likely as a backlash to the less-successful moments from the aforementioned '90s experimentation) swing the design pendulum to its bland extreme. Many uniforms use similar type and layouts to the point where they aren't ownable—you could swap another team's name and color scheme and not miss a beat. We challenged ourselves to create as much custom lettering as possible—numbers, too!—and give each team a distinct style while preserving the classics. 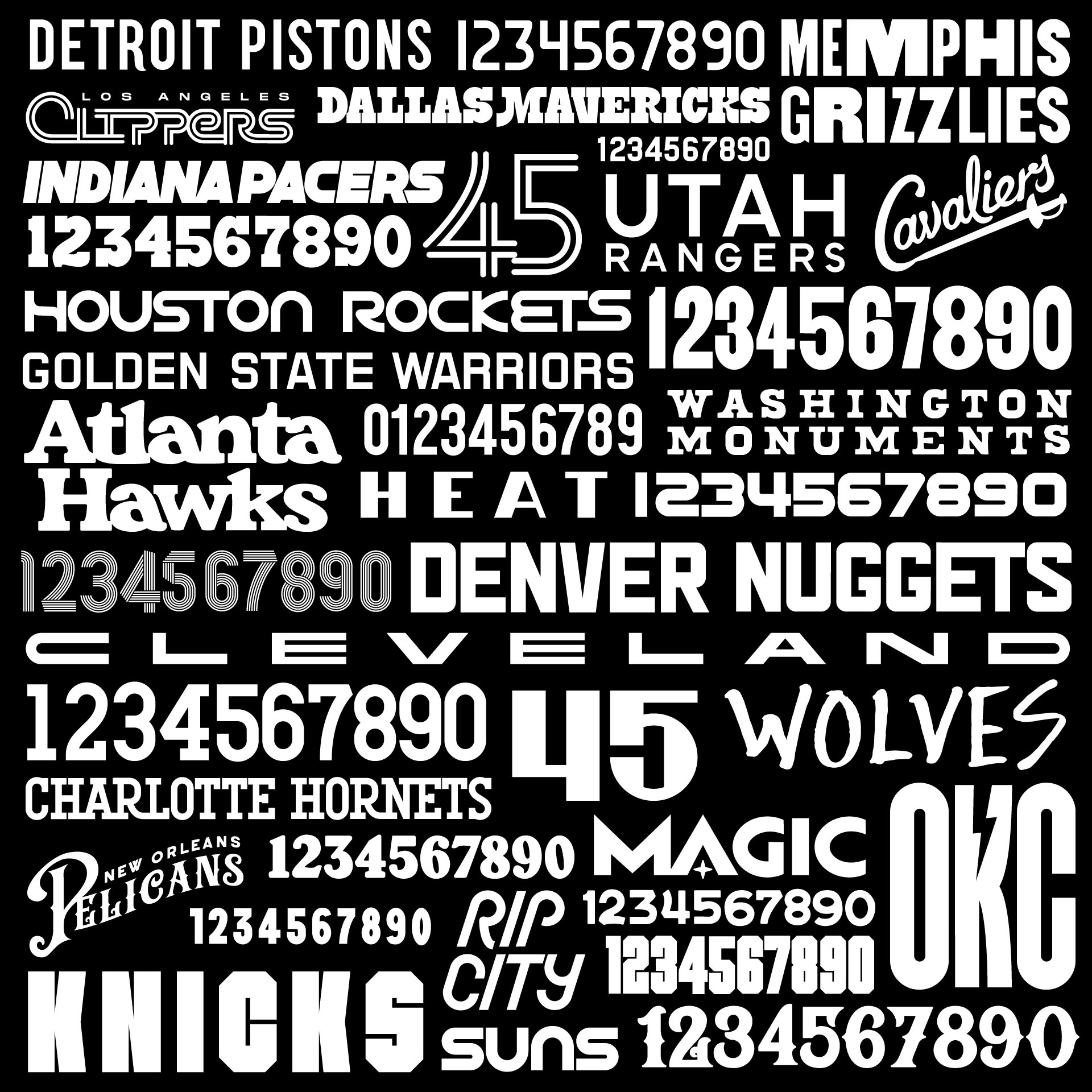 If you get excited at the thought of renaming the Lakers or giving the Celtics a new logo, you're in the wrong place. While we did rename a couple of teams (bracing ourselves for the fallout from D.C. and Utah), we looked at this as an exercise in creating the most appropriate expression of each team's story, which meant not reinventing the wheel for teams with established histories (as always, there were some exceptions). League icons typically got nips and tucks; some teams needed to reclaim their roots; some needed better design executions on what were great core concepts; and a few needed a completely fresh start, including a new name.

One of our favorite things about the NBA is how expressive they allow teams to be with their uniforms—it's an extension of how supportive they are of their players flexing their platforms. We ended up settling on four uniforms for each team: Association, Icon, City and Statement. We kept it pretty straight for the Association and Icon treatments, and got more adventurous with City and Statement designs. Sometimes it meant something simple like promoting an accent color in a team's existing scheme; other times we would get inspired by a cultural moment and go into an out-of-left-field direction (if you love to see uniforms that function as a cohesive set, you should stop reading each team's detail page after the Association and Icon kits). For both City and Statement concepts, we looked to recognize significant and/or significantly under-celebrated moments or people from a particular place.

1) We weren't afraid of things like strokes around letters and numbers. As much as we can be snobbish about those moves as designers, in the context of a jersey, there is nothing cooler that feeling two layers of tackle twill embroidered on top of each other.

2) We had some fun with neck and armhole trim, even going so far as to bring back some of the old-school patterns for teams like Minnesota and Memphis. And as much as possible, we tried to give each team a signature layout that was somehow inspired by their story.

Basketball shorts are in some ways the most interesting part of the uniform: Unencumbered by requirements like team and player names and numbers, they are free to inject more storytelling or get wild with their layout. For fans, they're also a lot easier to wear around the house or in pickup games without being made fun of. (As much as I'd love to wear my Klay Thompson jersey to the gym, I wouldn't have the guts to do so unless I was also a lockdown defender who shot 40 percent from 3—and even then, am I really going to sweat through a jersey I can't easily wash or replace?)

And yet: Shorts seem to be a relative afterthought in today's NBA. We wanted to pay special attention to each team's shorts and bring back the glory days of instantly recognizable statement pieces that stand alone anywhere from the Association to local rec leagues. 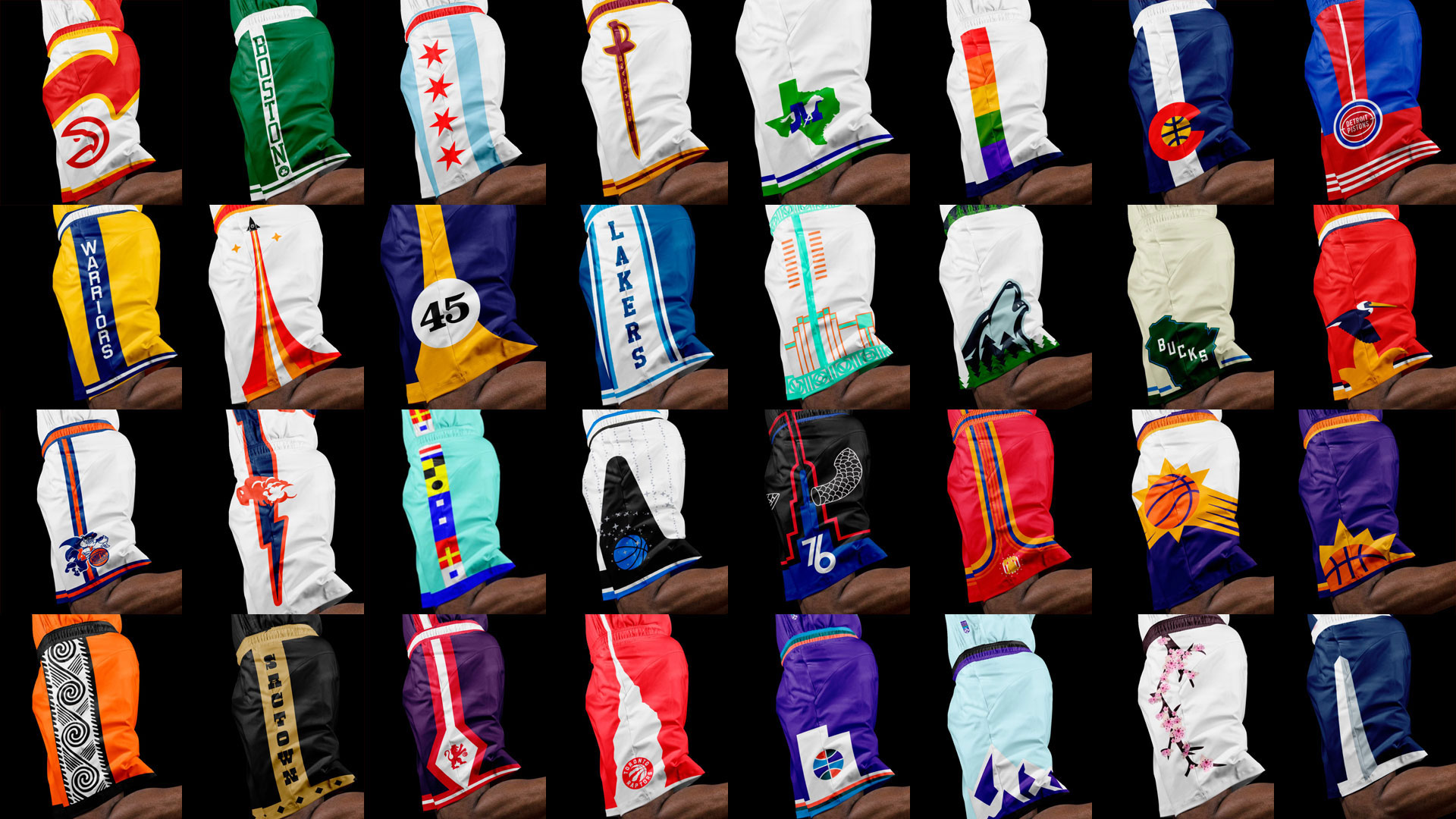 In the end, this was a super rewarding passion project for us, even if it's also super random. Most importantly and as lifelong hoops fans, we hope anyone who loves the NBA can find at least one element they love for their franchise, and that we were able to do right by each team in their own way. 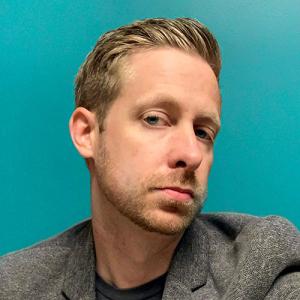