The Future of Brand Experience: Bridging the Gap Between Physical and Digital Design

With a background in architecture and film, and now as chief design officer for brand experience agency Optimist Inc., I've developed a special passion for figuring out how to achieve the perfect union between the physical and digital worlds.

A lot of it has to do with getting design, technology and production to speak the same language. Drawing inspiration from the Dutch philosopher Vilém Flusser, who argued that the digital world and the physical world would eventually become a perfect union, I like to believe this future architectural reality isn't far away. It's becoming easier to imagine a world where there is no longer a dichotomy between physical and digital, and where we will have the ability to think and design three-, four- and five-dimensional spaces.

Today, as brands are challenged to reach the consumer in increasingly seamless, immersive and integrated ways, advances in digital amplification are providing powerful new opportunities to create and connect.

An Inseparable Union: The Physical-Digital Fusion

Today's brands should build their strategies around physical-digital fusion, viewing the two worlds as an inseparable union. When digital and physical are thought of and designed as inseparable layers, the experience for the consumer or the viewer is greatly enhanced, as the physical components work to define the spatial dimension, while the digital adds a layer of time.

With creative director Neal Callow, we set out to create an experience that exemplifies the ideal union of physical and digital. We combined state-of-the-art technology with stark contemporary architecture to create 007 ELEMENTS, a James Bond cinematic experience. A first of its kind, it's a captivating experience that represents a new type of design thinking that is both time and experience centric, deepening and enriching the resulting impact for the consumer. When I studied architecture, I was heavily influenced by a landscape designer named Lawrence Halprin who captured this fusion well. Halprin created a system to add and design the layer of time into his landscape designs, thereby expanding the dimension of experience for the viewer.

The Designer as a Choreographer

In bridging the gap between the physical and digital worlds, modern designers should finally expand their understanding of their own role to be that of a choreographer, as architecture is actually comprised of unfolding spaces in front of the moving eye—it has never really been a static form.

Before the digital revolution, we had shadow and light as elements that would add a layer of time. The roman architect Vitruvius even talked about virtuality in regard to the ethereal nature of these phenomenological layers. The digital world, just like light and shadow, is another layer, as it adds the element of time and experience within our physical confines. In laying on digital assets or embedding them into the physical experience, the designer becomes the role for carrying out this choreographed layering.

My background in film taught me to think in stories, showing me that we can shape atmospheres to support storylines. Film is a unique architectural world as it demands that we design spaces through the perspective of a moving camera. On a wide range of films, from Harry Potter to Willy Wonka to V for Vendetta, I was responsible for custom tailoring the sets for the moving camera. Today, working in brand experience, the challenges are remarkably similar.

Strong brand experiences combine architecture, storyline and atmosphere into an engaging consumer journey. And often, there is a dynamic perception, like moving visitors, that we are designing for. By thinking in stories, as we do on a film set, we can effectively engage consumers at every step of the way.

A truly successful physical-digital fusion can make for a highly sensual experience. Brands that can design experiences that have a psychological dimension and really cut into the emotions of the visitor are going to leave the most lasting imprints.

In our work for the Bond Experience, as an example, we were able to amplify the emotional aspects of the experience by developing a union of movement, atmosphere and sound, much like a walkable, 4-D movie. All the rooms of the Bond Experience were designed to be completely different in their proportions, size and formal language, providing the visitor with a range of feeling and emotion.

And there's always an intention to use the space as not only a container, but as a dimension in a spatial sequence that sometimes opens up, and sometimes closes down. Where some movements might be very directed, like a tunnel, others are open and wide. The result is a cinematic world where the visitor is led through an intentional design sequence and, thus, through an intentional narrative. On an abstract level, it is an architectural journey, but also an emotional one.

In the early '90s, in the very beginnings of the digital revolution, there was a pervasive fear that architecture would disappear into the digital and virtual abyss. But the sensory physical world of touching and feeling isn't going away. Rather, it will continue to be enhanced in creative and novel ways as the ethereal digital is woven seamlessly into our existing world, much like shadow and light.

The dichotomy of digital and physical will make way for a new and more complex definition of reality. Consequently, architecture and experience will also be seen as one. Humans will inevitably literally connect into this new reality via implanted chips and sensors. While this future vision holds dangers of a dark dystopian sci-fi movie, I am very optimistic that it will be fascinating and create a potential that's hard to imagine from this current venture point.

As David Bowie said: "I don't know where I'm going from here, but I promise it won't be boring." 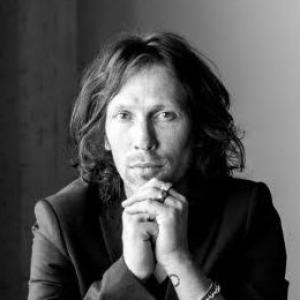