A group called RUN, which gives voice to Asian American Pacific Islanders, the fastest-growing racial group in the U.S., today unveiled a gorgeously designed campaign that's designed to motivate the AAPI community to vote in the 2020 election—and is also the first step in a larger rebranding effort for the AAPI experience.

The campaign is called #TheNew, an appellation that refers to the new generation of Asian American Pacific Islanders. It is this generation, RUN's organizers believe, who will be able to harness the political and cultural power of a group that remains arguably the most underrepresented—in both media and politics—in America.

The centerpiece of the campaign is a design scheme developed by Scott Thomas, aka Simple Scott, who was integral to designing Barack Obama's brand in 2008. At its core is the word "NEW" turned sideways, a graphic dominated by horizontal stripes. Conceptually, it merges old and new—evoking a Chinese character, yet referencing the 13 bars on the American flag. The word NEW also pulls it into the present, reclaiming the 13 bars from their original reference to the American colonies.

This first campaign, tied to the election, will include advertising that merges the NEW logo with the word VOTE, as well as merchandise. The color scheme is also fresh for politics, which is typically dominated by reds and blues. 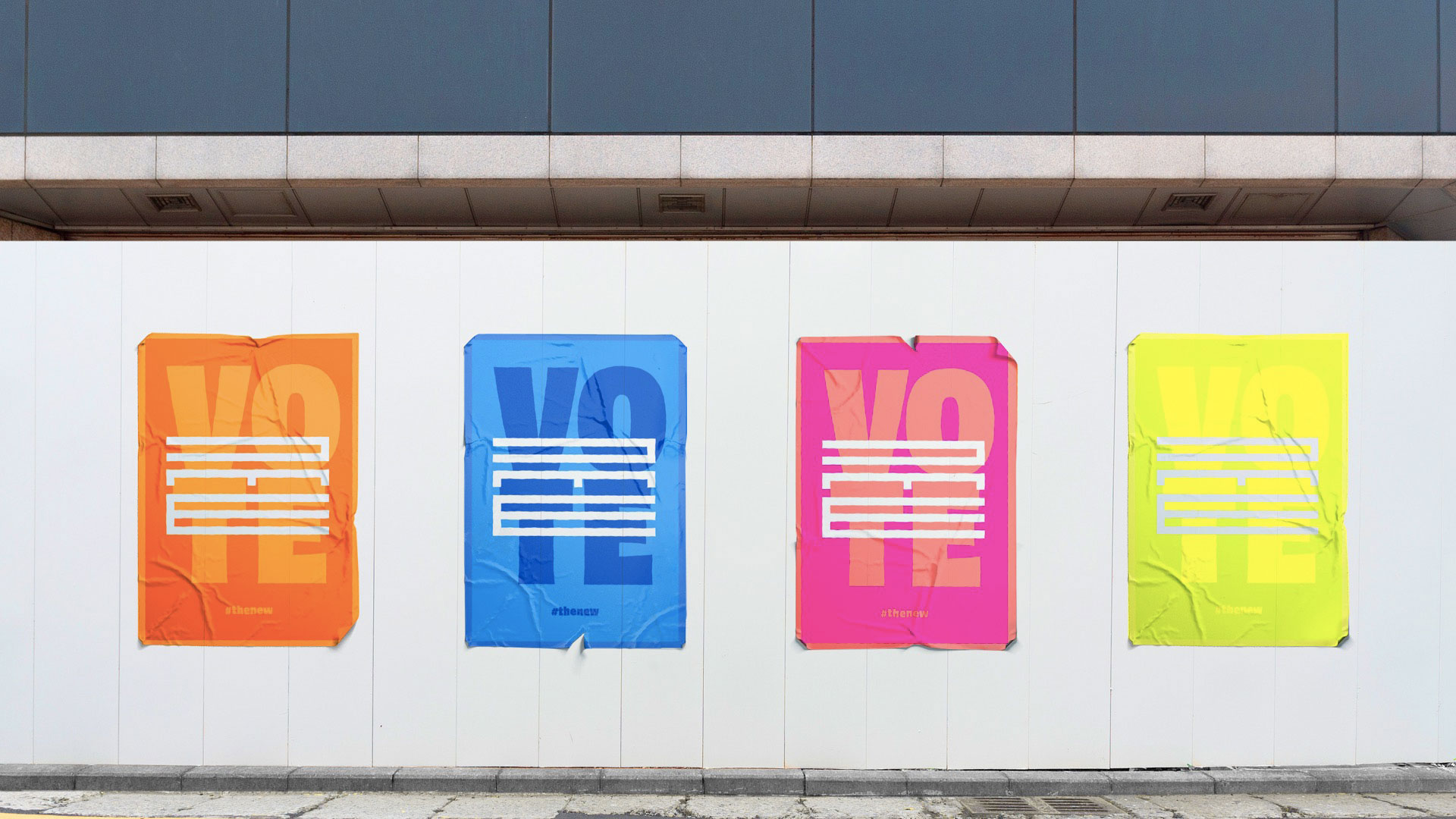 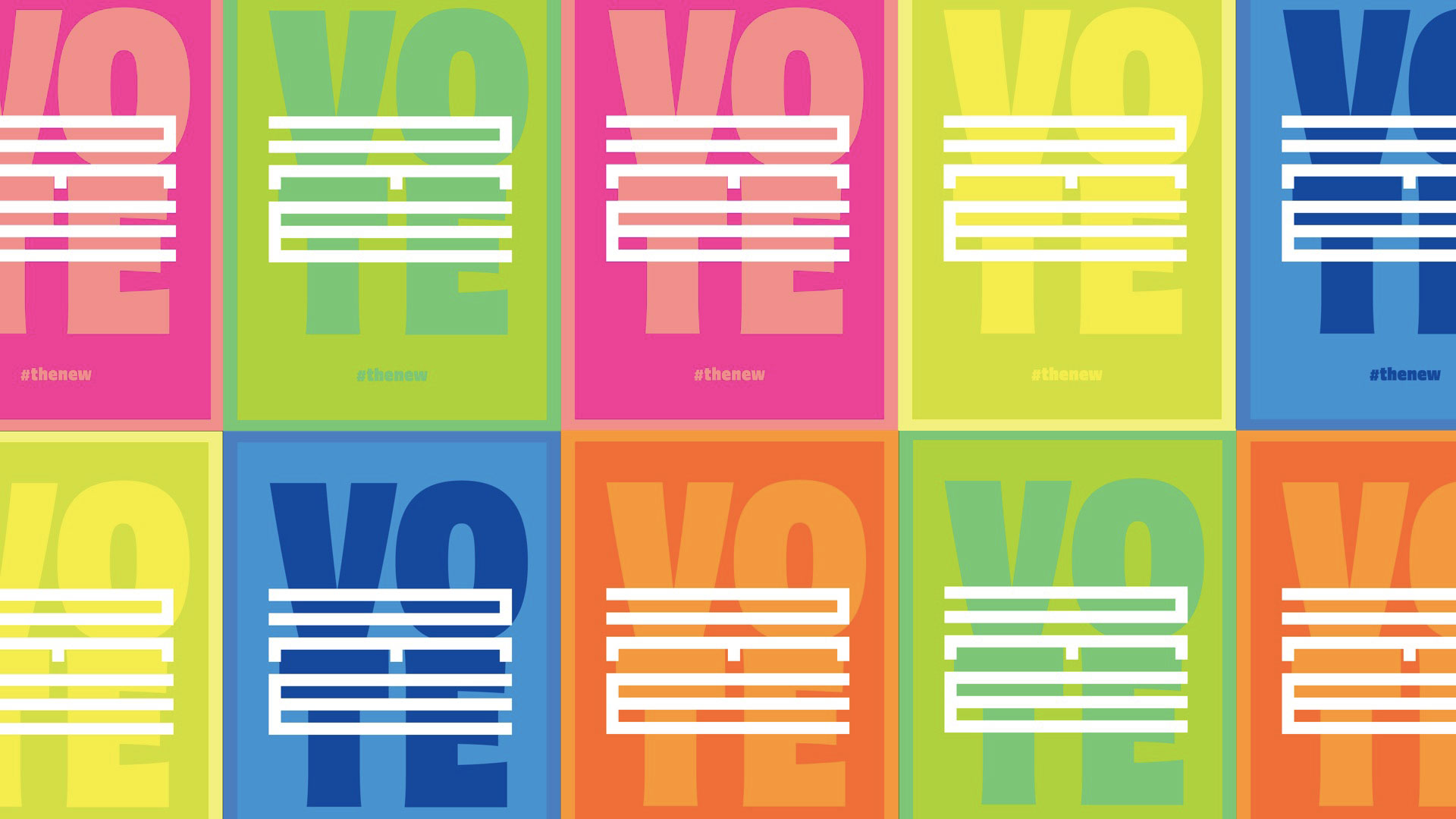 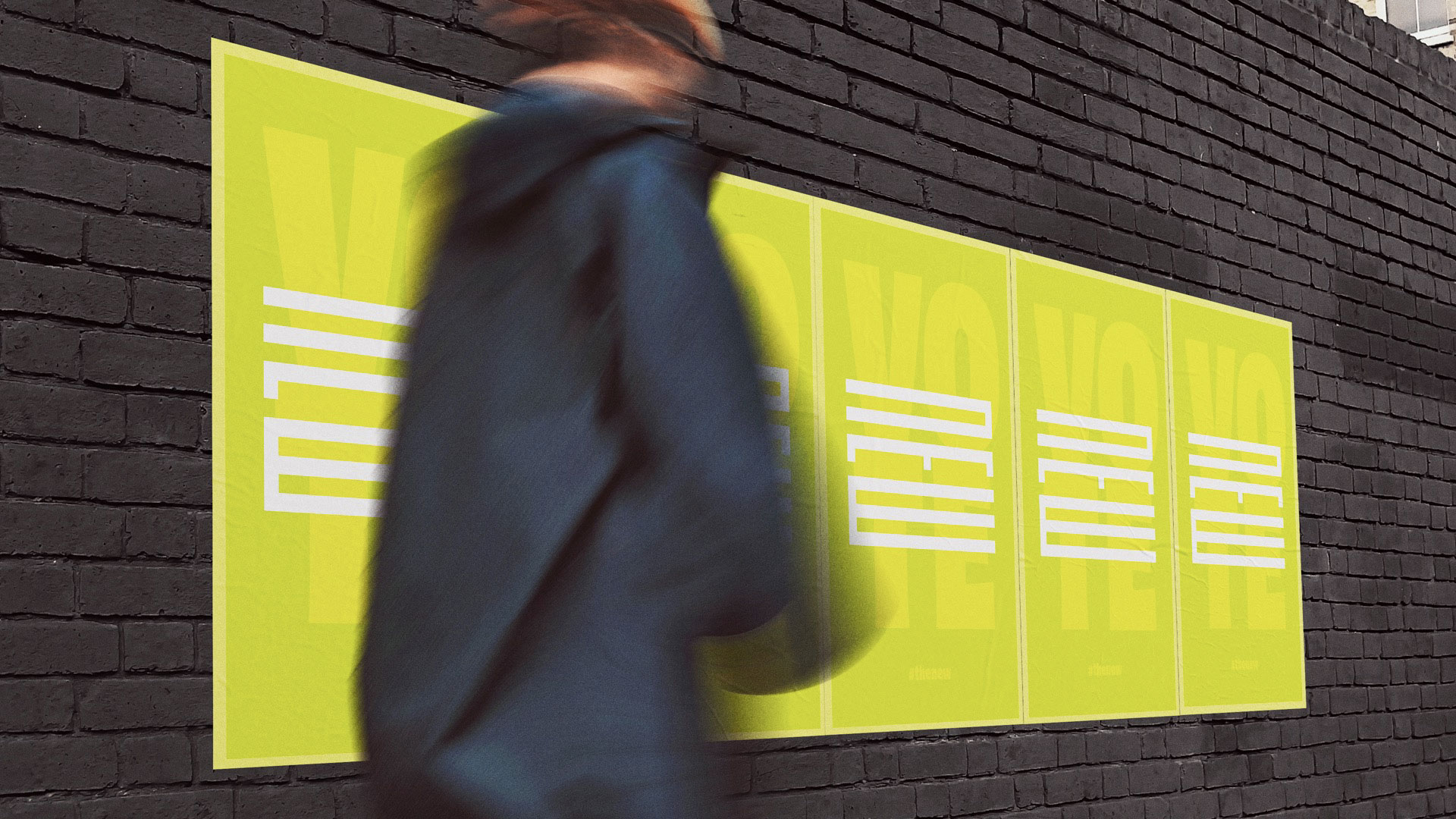 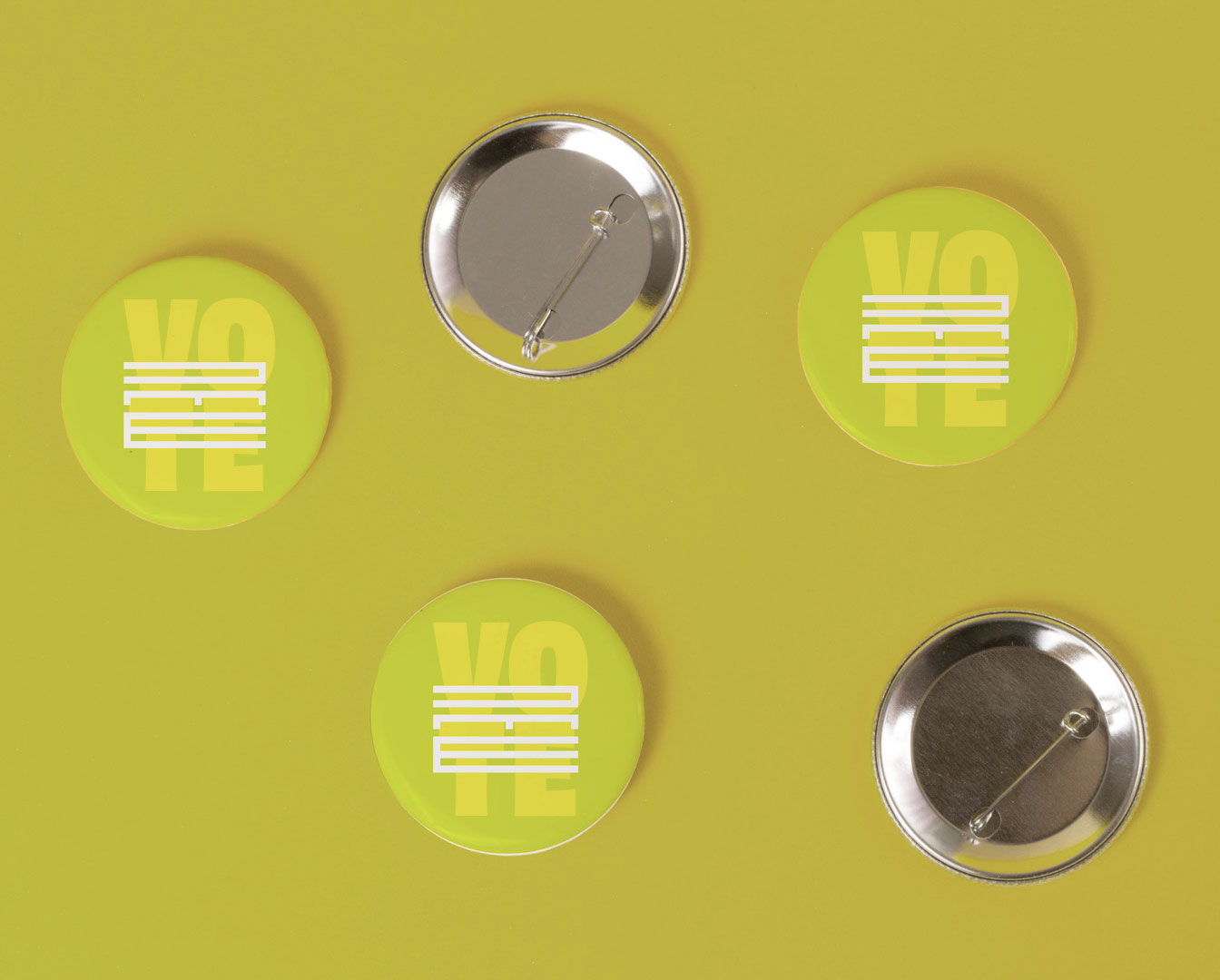 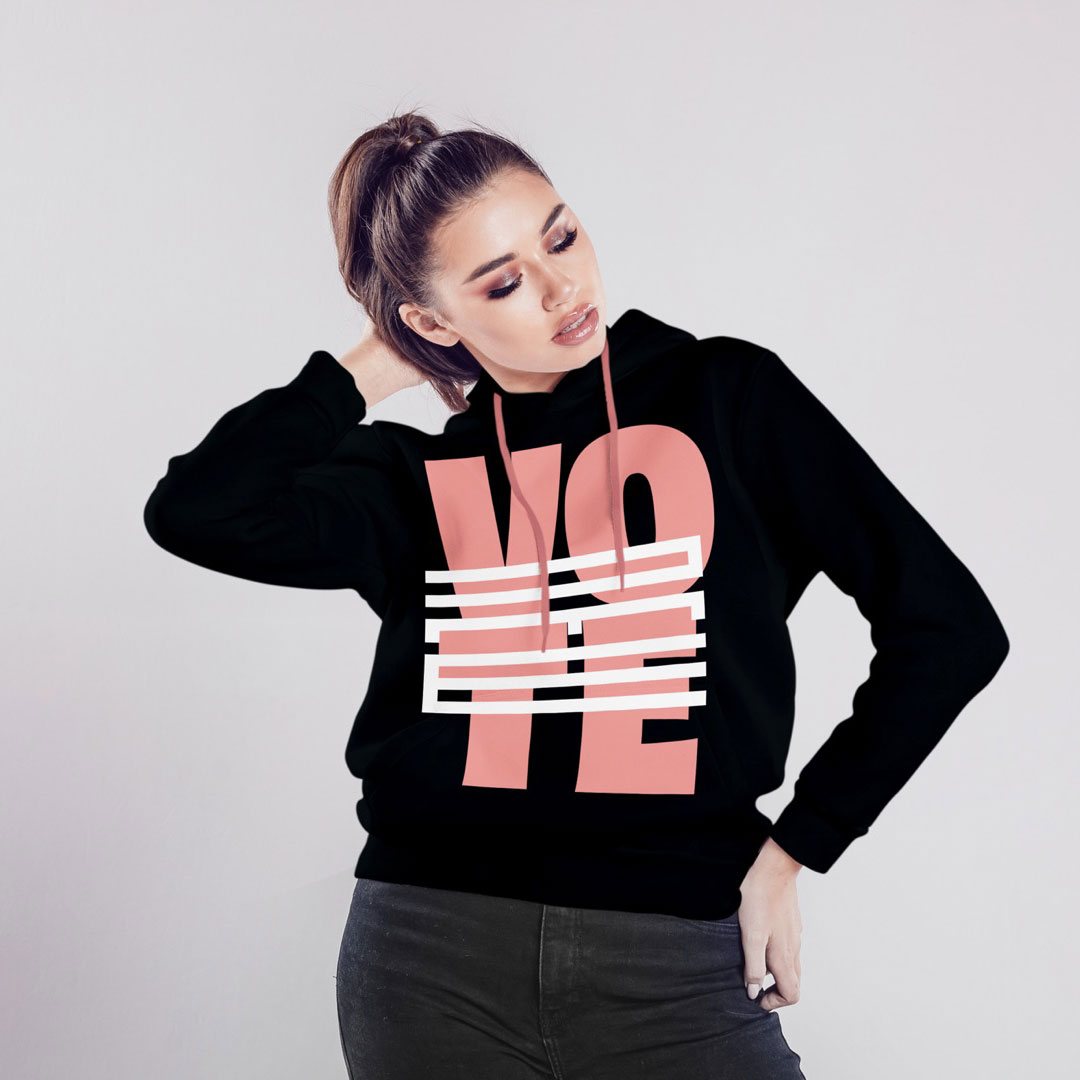 There is also the video below, which charts the journey of Asians from many different countries and regions to America, and energetically catalogs some of today's most resonant Asian American voices in U.S. culture.

As a proud polynAsian I'd like to draw your attention to this. I can't vote in America but if you can, you really should. I mean, like actually, you should vote. I'm not fucking with you. Vote, dude. This is (Y)our time. #TheNew @runaapi pic.twitter.com/p4rUCNesip

On Thursday, Muse spoke with RUN co-founders Chloe Bennet and Brad Jenkins. Bennet is an actress best known for playing Daisy Johnson in the ABC superhero drama Marvel's Agents of S.H.I.E.L.D. since 2013. Jenkins is CEO of Enfranchisement, a production and creative strategy firm, and has also done a lot of political strategy work. (He was associate director in the Office of Public Engagement in Obama's White House, and helped convince the president to appear on Between Two Ferns in 2014. He later worked for Funny Or Die.)

Bennet, based in L.A., and Jenkins, based in Washington, D.C., represent complementary sides of the same coin—the worlds of media and politics—which they believe go hand in hand if Asian Americans are to boost their representation and harness their power to influence both American culture and government.

For Bennet, who is half Chinese, it's been a very personal struggle in Hollywood since she started acting a decade ago.

It becomes a self-reinforcing cycle, says Jenkins. "No one is really investing in speaking to us and seeing us, and so of course we're not going to be as civically engaged," he says. "The biggest barrier to [voter] registration is motivation. If no one's trying to actually engage you, then you're not going to be motivated." 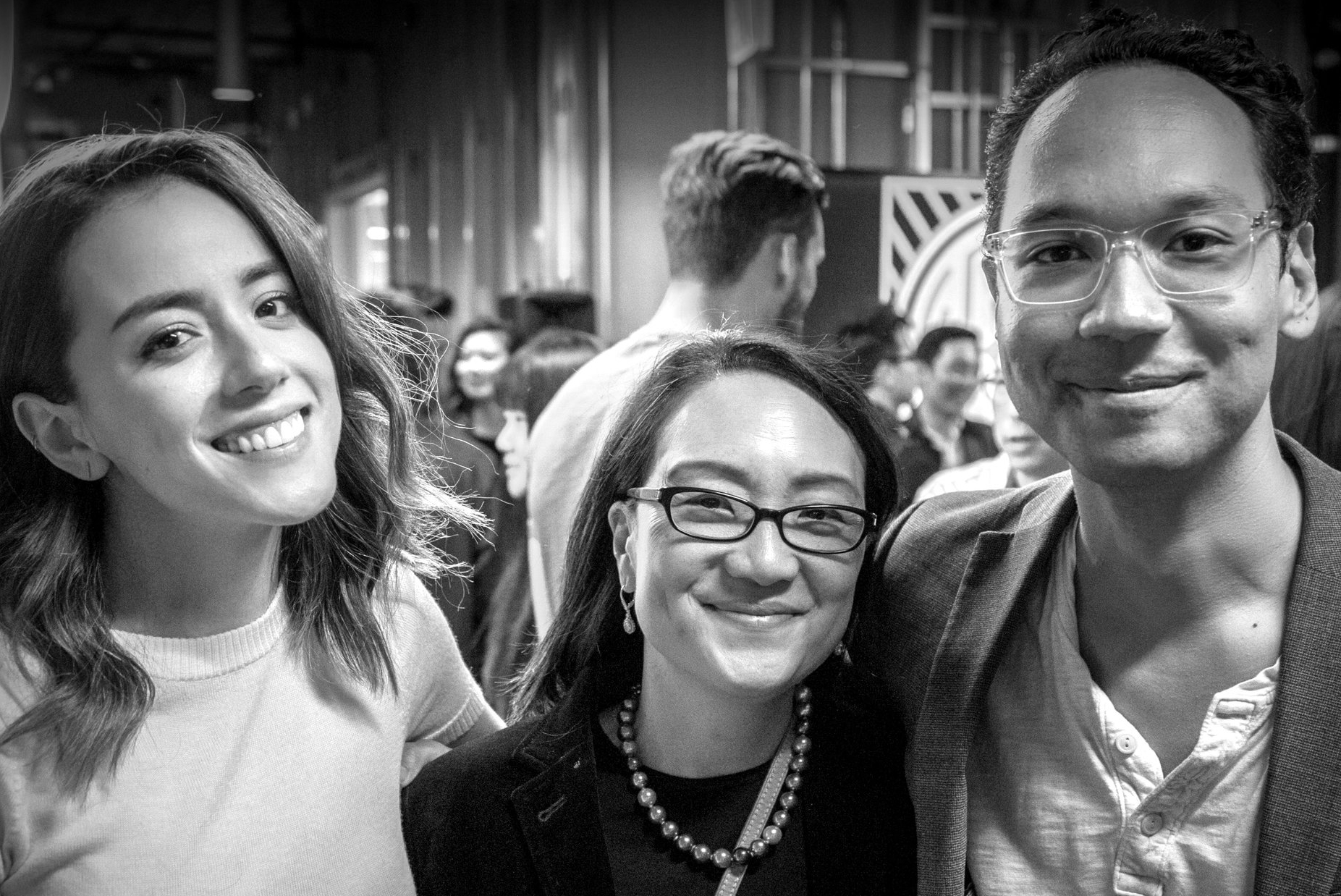 #TheNew's initial get-out-the-vote campaign aims to change that by using creativity to merge the two worlds into one inspirational, motivational message—a campaign that's about getting more involved in politics, but is crafted by experts in media and entertainment.

"Especially with the video, we really wanted to say: We are your next-door neighbors. We are your heartthrobs. We are your doctors," says Bennet. "We are American, all of us. We might not look it to you, but this is what the new normal in America is going to look like. I'm speaking for the Hollywood side, but I think it's also relevant on the D.C. side. We're just not represented on screen, and in an age when we're all stuck inside watching Netflix till our eyes bleed, seeing ourselves represented on screen shows you what's possible. It moves into a very tactical, winnable opportunity. You just have to tell people they matter."

"Celebrities are one thing," Jenkins adds. "Thought leaders, influencers in their fields—whether it's journalism or advocacy or politics—they all share this feeling of being on the outside looking in at the American experience. We want to change that."

The immediate focus on #TheNew is getting out the vote. But Bennet and Jenkins have ambitious longer-term goals for the platform.

"We really want this to be a space where Asian activists, tastemakers, anyone can come to us and collaborate and feel like it's a place to convene," says Bennet. "It's been interesting to pitch this because what we're asking is for people not just in our community to see themselves represented and see that they matter, but we're asking for other people to do that as well. To see that we matter. The gap isn't the political work. There are great groups doing that work. The gap is creative. The gap is content. The gap is storytelling. We're not going to invent a new political organization to literally do the work. That's not our skill set. Our skill set is the work you see right here."