Could Better Design Help the Democrats Win the White House?

Beat Baudenbacher believes Democratic hopefuls with designs on the White House have largely failed to project strong brands that reflect what they stand for.

So, the creative chief and principal at New York agency loyalkaspar—best known for branding work on behalf of media brands such as CBS, CNN and Disney—took it upon himself to mock up speculative ads and logos.

Of course, in the run-up to a presidential election, lots of folks, inside and outside the industry, create spec work they believe would enhance various candidates' appeal. Baudenbacher, however, takes the concept a step further, adopting a master-brand approach for the party itself and weaving that aesthetic into designs for Joe Biden, Elizabeth Warren, Kamala Harris and others.

"It is crucial to present the Democratic Party as the last and only way to save democracy as we know it," Baudenbacher tells Muse. "And if framed and built the right way, I believe it could be strong enough to weather the blistering attacks that will be launched between now and the election."

Toward that end, he employs the tagline "Let's Restore Democracy," with a stylized "D" as the primary visual cue: 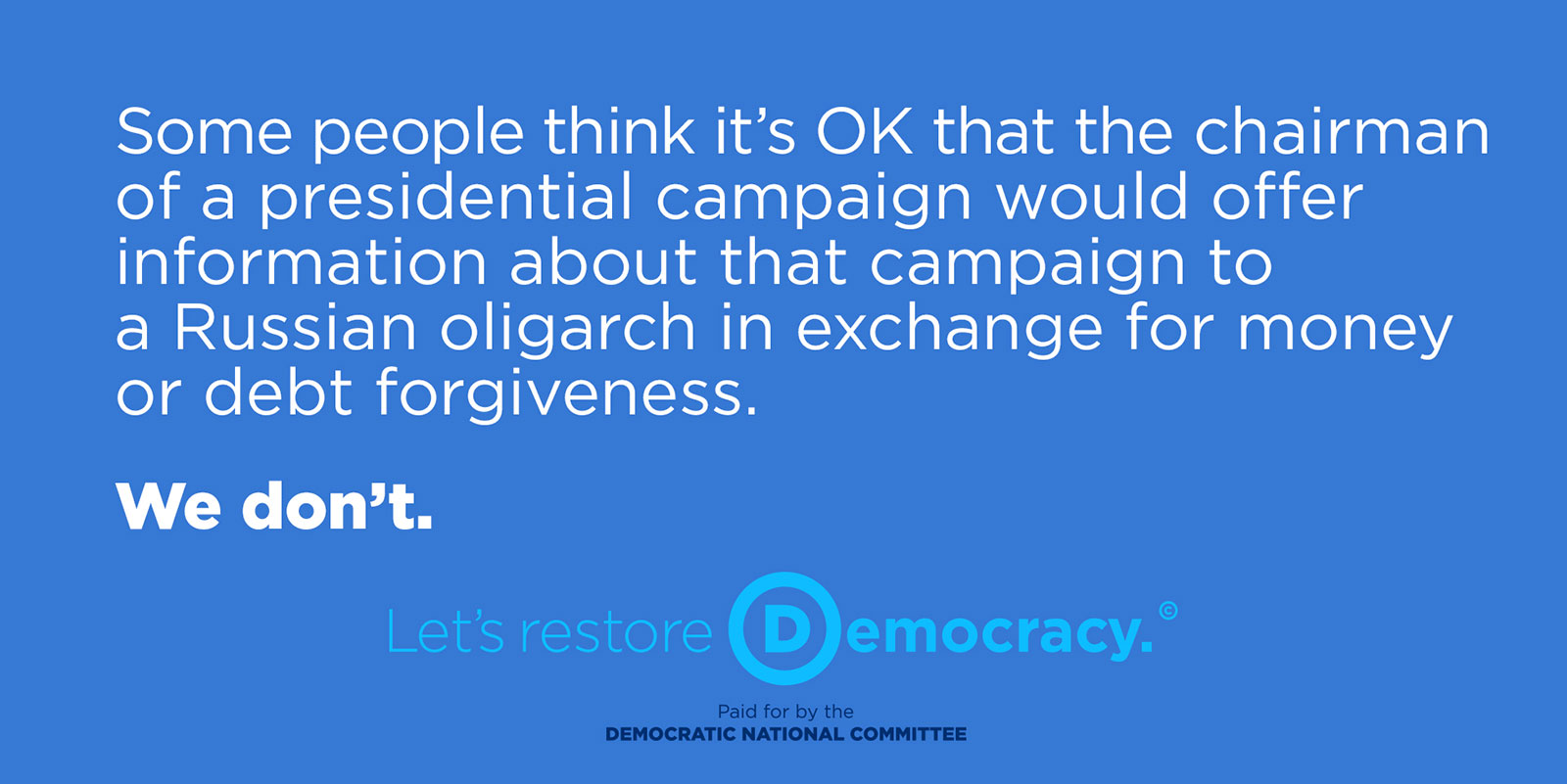 Baudenbacher strove for a simple, direct and memorable look and feel, tweaking the messages for specific contenders:

"What I am proposing is what we call a branded house of brands," he says. "Meaning: a strong master brand—Democratic Party—attaches itself to strong, standalone brands—the individual candidates—in order to support them and remind the voters that every candidate has a overarching mission. In addition, the master brand can build the messaging foundation as a standalone entity, with the intention that all candidates can ultimately benefit from it."

Here's a closer look at the candidates' branding and logos:

Disclaimer: These are fictional candidate logos.

Baudenbacher says Biden needs the most help, design-wise. Here are some of the former vice president's actual visual elements: 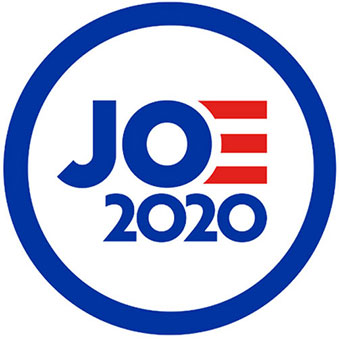 "Looking past the whole 'E' looking like creepy hands on the heels of the unwanted-touching allegations, Mr. Biden's brand is straight up political milquetoast—and that may have been the intention," Baudenbacher says. "But I believe the former vice president's age is his biggest weakness, and presenting himself in a more dynamic and current light could have benefited him and his campaign."

"It feels young and energetic, clearly shaped to appeal to a millennial audience," Baudenbacher says. "Personally, I would have leaned into the stars and stripes vernacular a little more—a delicate issue and part of a larger conversation. As a young, gay mayor, I think the brand could have benefited from a touch of political establishment, but that's just me. Because overall, it works well."

In this exercise, Baudenbacher proposes an intriguing top-down, turnkey solution with sleek, focused and contemporary ideas. If there's a major flaw, it's that they seem too processed and uniform, not allowing for enough differentiation among candidates.

He insists each design "leans into specific themes that are important to the particular candidates." For example, Biden's logo is meant to convey vigor and boldness, while Warren's "is simple utilitarian, using a version of Helvetica which speaks to her having a plan for everything," he says.

Will average voters pick up on such nuances? Probably not, but Baudenbacher believe his graphics would help cut through the election-cycle clutter.

"The debate among contenders has been centered around the complexities of immigration, climate change and healthcare—all topics that have already begun turning into messaging quicksand," he says.

"In order to stop the sinking of their candidates, I believe the Democratic Party needs to build the equivalent of what the Russian miners did to contain the nuclear disaster at Chernobyl—dig underneath the crumbling and contaminated layer of material and build a concrete pad, a solid foundation for the ultimate nominee to stand on."

Point taken. But let's leave the Russians out of it this time around.