Can Symbols Change the World?

They're only as good as the actions they signify

Commerce, religion and politics all employ tools of branding to create memorable representations of who they are and what they stand for.

At their best, these are carefully crafted and maintained symbols of belonging. The flag of safe harbor after a long journey at sea. The cross against the sky welcoming a congregation of the likeminded. The color of a tie signaling political affiliation and belief. These are symbols of optimism and hope.

On the flip side, these same tools have been employed throughout history to oppress and exclude people of different color, different beliefs, different sexual preferences. They have been used by dictators, kings and ruling elites to pit groups of people against one another in order to strengthen their grip on power.

These are symbols of separation and division.

All of this goes to show that we have a compulsive human need to shape our shared, manufactured world through symbols … for better and worse.

The last several months offer a masterclass in the power of symbols. Rainbows, already an iconic symbol for LGBTQ+ rights dominating our windows and social feeds for Pride Month, found an additional, wholly new meaning as a symbol for hope amid Covid-19.

Graphic installations reminding people to stay six feet apart have cropped up in cities everywhere. A mask has become a symbol of respect for others' health, and the very space we put between our bodies is an illustration of our willingness to change for the greater good.

In just these past weeks, we've seen the overwhelming power of protesting fists thrust in the air and black squares across social media. Police riot gear, too, is a kind of symbol—one that some unite behind to divide and disperse those fighting for change.

In the branding world, we know the power that symbols have when it comes to communication. The way they can trigger instant emotional reactions—ideally comfort, desire, trust. Golden arches are a surge of familiarity when you're lost in a foreign city. Certain luxury logos and prints make a bag worth double that of its competitors. A blue castle under a shooting star brings back childhood memories. An illuminated apple assures a certain quality and experience.

Today, in an increasingly polarized culture, brand symbols are associated just as much with ideology and greater purpose as they are with the quality of a product or service.

And that's not a setback; it's an opportunity for brands to step up, beyond the market, to breed belonging, inclusivity and compassion in a divisive world.

A badge of belonging.

Branding used to be about ownership. Sticking a symbol on a cow to say, "That's MY cow. Don't touch it!" And then you had advertising that told people: "Buy my cow!"

Nowadays, branding is about much more than ownership. Brands have become symbols of personal identity. They can fulfill a fundamental need for belonging that simmers at the core of human existence.

The transparency of the internet age is changing branding even more; brands need to have a purpose that's easily understood and shared—through symbols.

A symbol functions as an invitation, a conversation. The brand tells audiences: "We're with you, we understand you, we support you." In turn, consumers adopt the symbol as a badge of their own, proud to say: "I am part of this. I believe this. I support this."

When it comes to international crises, the role brands now get to play becomes an even more powerful one.

Branding to communicate an authentic invitation to belong can do more than just carve out new audiences; it can create new attitudes, new behaviors, new opportunities to shape our world for the better.

But we have to do it right, which means acknowledging that a symbol is only as good as the action behind it. A mask works only if worn correctly. A black square works only as part of a larger, more active conversation about the rights of Black citizens. A rainbow banner on your LinkedIn page is only as good as your anti-discrimination policies. A "socially distanced" logo works only if a company is committed, at its core, to protecting its workers and customers in the current health crisis.

It seems obvious, but a symbol is only as good as the deeper ideas and actions it signifies. 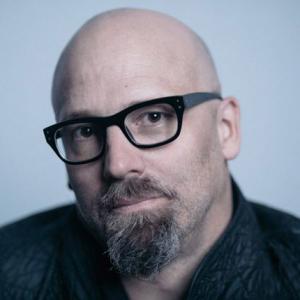