Can This Plate's Design Get Kids to Eat More Veggies?

HAK and DDB dish out the science 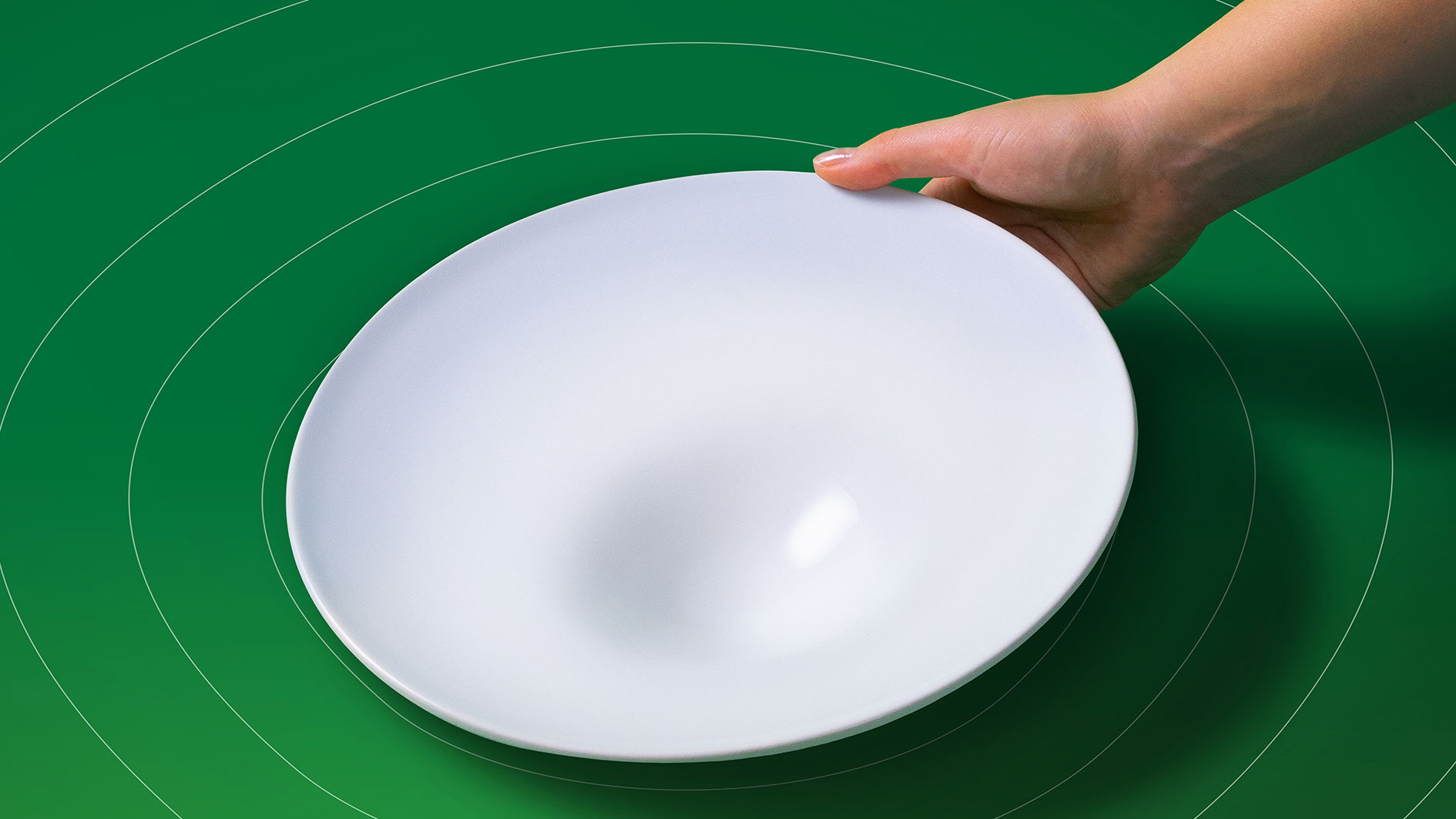 Want your kids to eat more vegetables? Try dishing out the greens on a "Helping Plate."

"We realized that a 'normal' piece of communication wouldn't do the trick," agency art director Luuk Simonse tells Muse. "The fact that the presentation of food is of such importance made us wonder: Could we help people eat healthier at their own dinner tables? A plate seems like an ordinary object, but it is the most important factor in presenting a meal."

Ultimately, "by designing a new kind of plate, we were able to combine several proven scientific principles into an everyday object which is easy to use" and unconsciously influences what we eat, Simonse says.

This short film explains the approach:

That sleek-looking white ceramic number eschews kiddie colors and plastics because youngsters tend to emulate their parents, and a grownup plate should encourage them to eat more like adults, who tend to consume more veggies than kids.

Detailed in the infographic below, other subliminal Helping Plate features include: 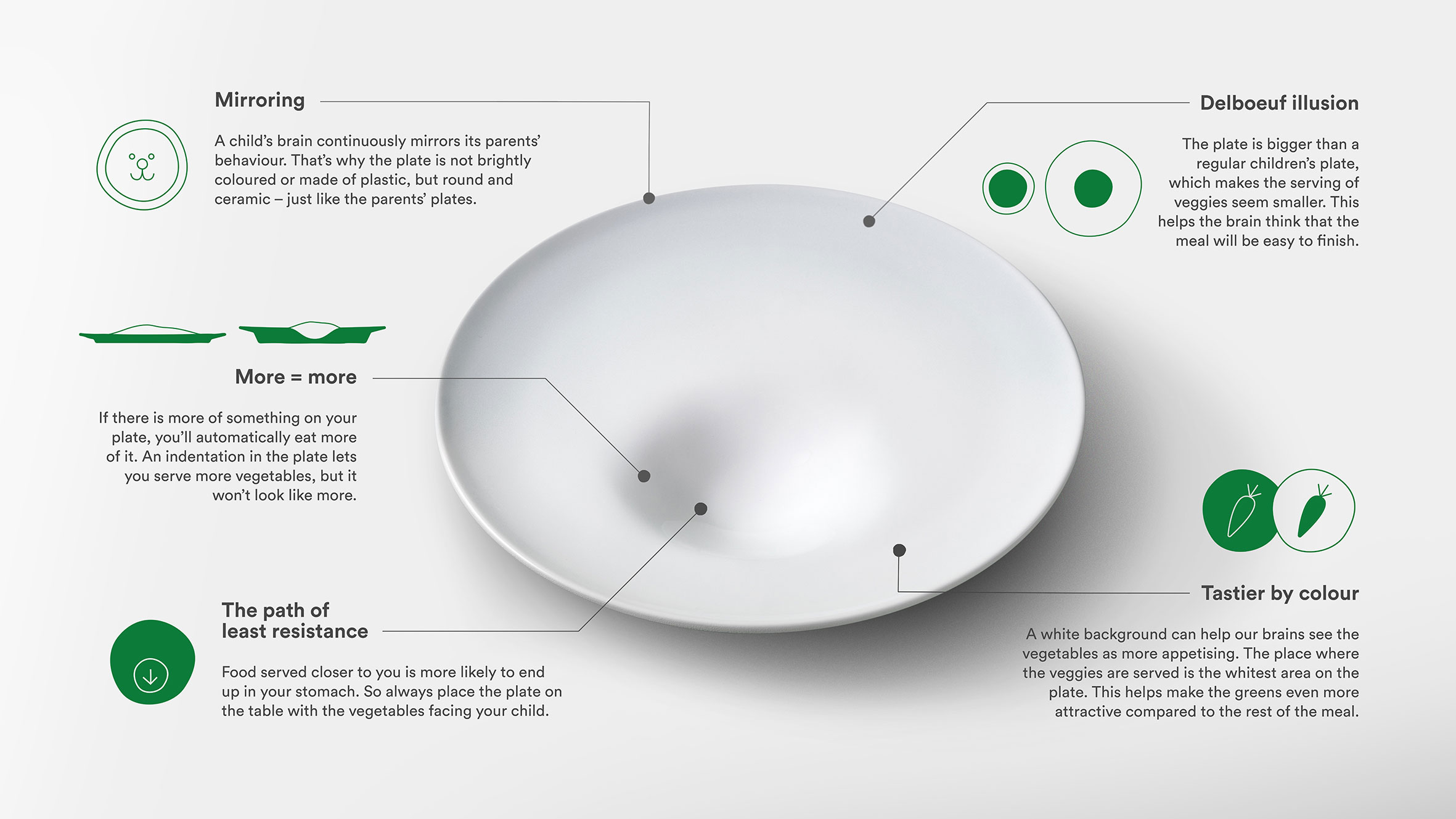 HAK also recommends placing the plate on the table with the veggies facing your kids, because it's human nature to dig into food that's close by. (Hey, this is science—but not rocket science!)

"Initially, we tested it on our own kids," recalls DDB executive creative director Maarten Vrouwes. "Mine are good vegetable eaters, but I wanted to see their reaction. They loved it! And they did eat more vegetables than they did before."

In later trials conducted once Helping Plate production began, "children also responded positively to the fact that the Helping Plate looks like a real grownup's plate," says HAK marketing innovation director Nicole Freid. "In addition, parents became more aware of how many vegetables they have to serve to meet the requirement of 100-150 grams a day."

Yes, the campaign relies on a measure of trickery. But it does so for a good cause and seems way more elegant than, say, dressing up Kraft Heinz Classic Ranch as cake frosting to spur veggie consumption.

"You could say we 'trick' kids into eating more vegetables, but I don't see this as a bad thing," Vrouwes says. "Children have been tricked into eating bad, unhealthy food for decades. Now we're using the power of persuasion for good."

Designed by Waarmakers Studio and produced in the Netherlands by Royal Goedewaagen, the initial run of 1,000 Helping Plates, offered through de Bijenkorf department stores for about $16 apiece, sold out. A second batch will follow, along with expansion across more sales channels.