Pride in Purpose: A Blueprint for Marketing to the LGBTQ+ Community

Making your campaigns meaningful and memorable

Pride is here! Bring on the fun! The community! The events! The ... brands?

It's no surprise that brands want to participate in Pride. As an LGBTQ+ person, I know how brand loyal and influential our community can be. However, as brand participation has risen, so has backlash. Accusations of shallow cash grabs have become increasingly common, and ill-advised attempts at support often result in teasing or anger.

Maybe I'm biased because I work in advertising. Or maybe, as someone in their early 30s, I remember a time when no brands wanted to speak up for or speak to LGBTQ+ people. I remember how it felt to not be seen by the world as a whole.

In any case, I do think there is such a thing as "good" Pride marketing. Here's a blueprint for how you can make sure your brand's Pride campaigns are meaningful and memorable.

L is for Legacy.

What some brands don't seem to understand about Pride is that it's not about the parade or the party.

Pride as we know it began with the Stonewall riots, a response to the repeated violence and harassment perpetrated by the New York City police toward queer bar patrons (particularly those of color and untraditional gender presentation). In the following decade, anniversary demonstrations continued, known as "Liberation Day." Over time, this became what we now know as Pride.

Pride has changed, and that's OK! It can be fun and joyous. Yet recent events like the "Don't Say Gay" bill in Florida and increasingly hostile, reactionary legislation against the LGBTQ+ community should remind us all that the fight for liberation continues today.

As marketers, we have to be conscious of the roots and context in which Pride exists to make campaigns that, though they can be celebratory and upbeat, are respectful and relevant.

G is for Giving.

Despite progress, LGBTQ+ people face many persistent challenges to our safety and well-being. If you want to market to LGBTQ+ people during Pride, you should consider doing so in a way that helps confront those issues.

This is probably the biggest reason I see backlash against Pride marketing: when brands don't actually help LGBTQ+ people.

Contribute to organizations that help us. Work with queer artists, influencers, musicians or models. Advocate for causes that advance our liberation. If you want to come to Pride as an ally to the community, you have to act like an ally, and that means centering the needs of LGBTQ+ people over your brand's want for attention.

B is for Bravery.

It takes a significant amount of bravery to be out and proud and survive in this world. LGBTQ+ teens are still kicked out of their homes. Transwomen are still murdered just for existing. In many countries, being gay is still a death sentence.

So be brave, because we have to be. Loudly advocate for the rights of trans children to play sports. Speak to and confront the unique barriers that BIPOC LGBTQ+ people face. Feature people of all body types and gender expressions.

T is for Transparency.

If you are going to participate in Pride, make sure your internal ethos matches your external message.

Do you have LGBTQ+ people in leadership? How does your company handle pronouns when interviewing? Does your health insurance cover procedures that some trans employees may elect to receive or the mental healthcare that many LGBTQ+ people need to heal from trauma inflicted by homophobia and transphobia?

Companies like Apple and Chobani have CEOs who are vocal and public allies, which is absolutely important, but these companies also foster workplaces that celebrate and empower diversity and inclusion, and they make clear what they stand for and who they stand with.

Additionally, if your brand gives money to politicians and organizations who fight against LGBTQ+ people and our rights, you shouldn't participate in Pride. Seriously, we don't want you there. We love our allies, but we need real ones.

Q is for Quality.

Pride is important to so many people in our community. It deserves respect, so you should consider and examine your Pride work carefully.

The advocacy demonstrated by Mastercard's True Name initiative is incredibly powerful because it permits trans and non-binary people to use the true name they identify with on the front of credit and debit cards. It may seem like a trivial act, but it addresses a deeply personal issue of helping a community be seen and respected.

If you have LGBTQ+ employees, make sure they review your Pride content. If you don't, reach out to LGBTQ+ friends and family or launch survey research with LGBTQ+ panelists! You can't make everyone happy, but you can try to avoid unintentional missteps that derail a well-meaning campaign.

For example, though "queer" is a common, inclusive term that the majority of younger LGBTQ+ consumers embrace, many older LGBTQ+ people still consider "queer" to be a slur and may be uncomfortable with the term.

And please, skip the "tea," "hunty" and "shade." These terms are co-opted from Black and Latinx people, specifically transwomen, and the influential movements they started. Not only is it cringy when brands clumsily use them, but it's also stealing from a group who are still fighting for respect and survival.

+ is for Plus—it's more than just June.

You wouldn't know it from many marketing calendars, but LGBTQ+ people are also LGBTQ+ during the other 11 months of the year. I will, in fact, still be LGBTQ+ on July 1.

We exist, share and purchase during the full calendar year, and we remember the brands that still support us then, too. Show that your brand cares about us even when it's not June. Show us that your dedication goes beyond the glitz and glamor of Pride and you'll have our attention and purchasing power year-round.

I don't speak for all LGBTQ+ people. We are not a monolith. Dig deeper into our culture, speak to your LGBTQ+ employees, and do further research when it comes to your LGBTQ+ marketing efforts.

But hopefully, with these basic guidelines, you'll have more ways to support your LGBTQ+ consumers and audiences with more connection, sincerity and understanding. 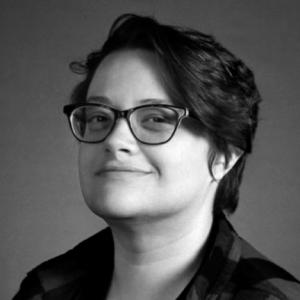