Mattel's New Barbie Is Ready to Hit the 2020 Campaign Trail

Plus, a team fit for the next press opp

The 2020 campaign set includes the presidential candidate, sporting a Chanel-style suit jacket. She comes with a microphone and mobile phone, so you know it's all about what she has to say. She's supported by a campaign manager (equipped with a computer, phone and file folder—LOL), campaign fundraiser (demographic info sheets and phone at the ready), and even a voter, who wears distressed jeans and tucks her shirt in just like us! (She, too, comes with a phone, and a ballot.)

"Since 1959, Barbie has championed girls and encouraged them to be leaders, whether in the classroom, community or, someday, of the country," says Lisa McKnight, svp and global head of Barbie and Dolls at Mattel.

The set is also ethnically diverse, with the Black woman front and center. "With less than a third of elected leaders in the U.S. being women, and Black women being even less represented in these positions, we designed the Barbie Campaign Team with a diverse set of dolls to show all girls they can raise their voices," McKnight adds. 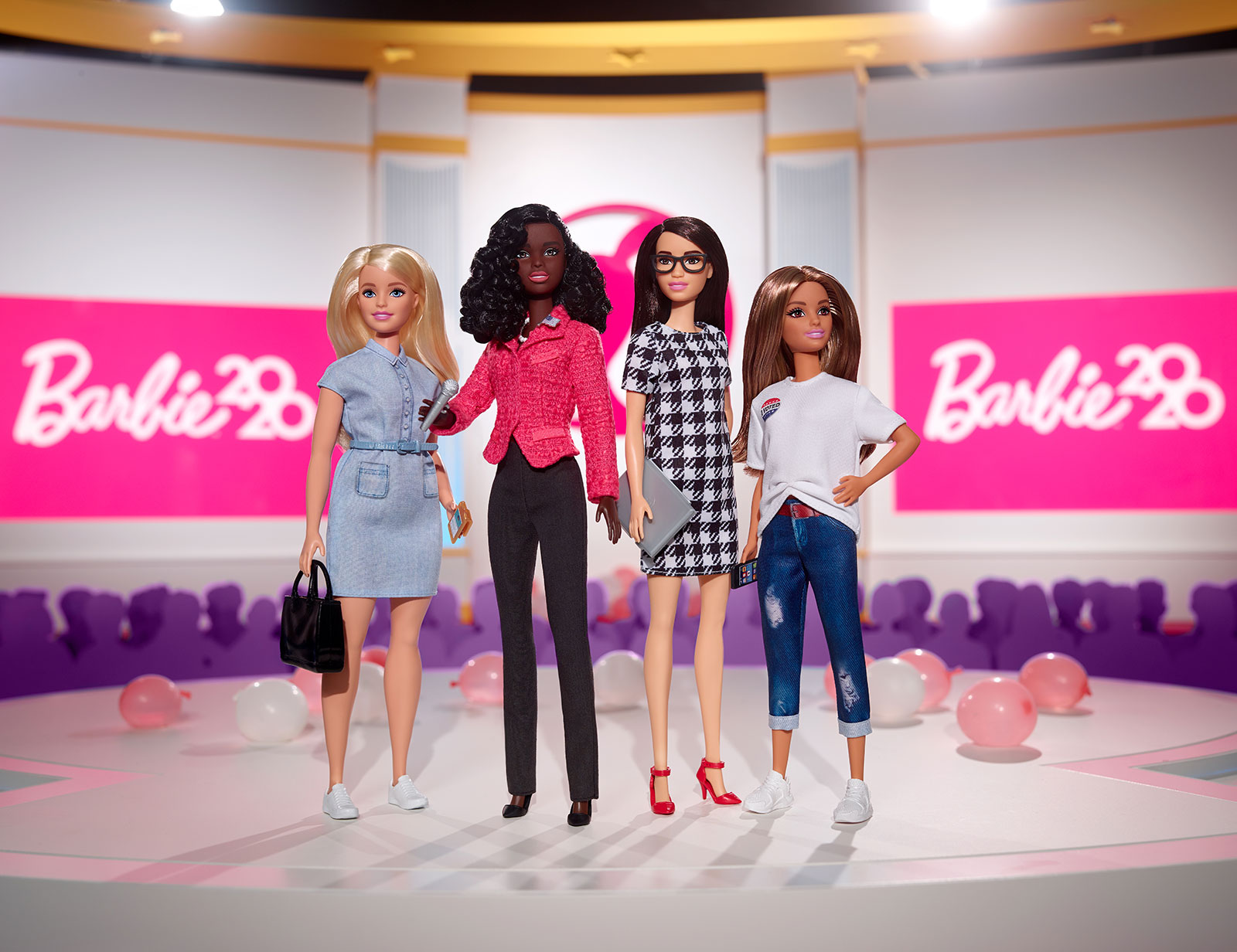 In many ways, this vivid team is the result of decades of effort by Mattel to grapple with different ways to present possibility to young girls, and—as millennials aged—to manage the expectations of a different kind of parent. The Washington Post has a great breakdown of six previous presidential candidate iterations, from 1992's more pageant-ready variant to 2016's president and vp team. The latter also featured an African American lead.

There was even an Asian American 2016 president, designed by Chris Benz, sporting wedge heels that enabled her to stand "on her own two feet" for the first time ever.

Barbie Campaign Team hits the market at $39.99 for the full set. The website sports printable activities that teach kids more about their respective jobs, as well as tips for helping parents play dolls in ways that aren't just about brushing hair and changing shoes.

"You can role-play how to give a speech," the site reads. "These practices help girls overcome their fears regarding leadership." (Maybe parents can also teach them how to role-play clever AOC-style rebuttals.)

Mattel is also working with She Should Run to teach girls how to advocate publicly for change. Adorably, the She Should Run promotion on the Barbie Campaign subsite features an African American girl reaching brightly toward the future. 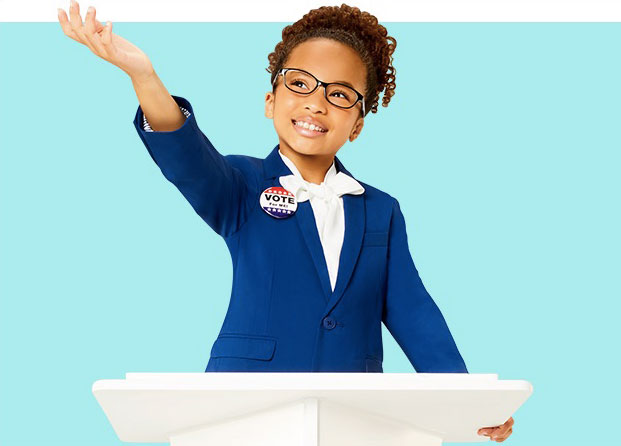 A quick click into She Should Run shows an African American woman, mask on and arms folded, facing the present head-on. 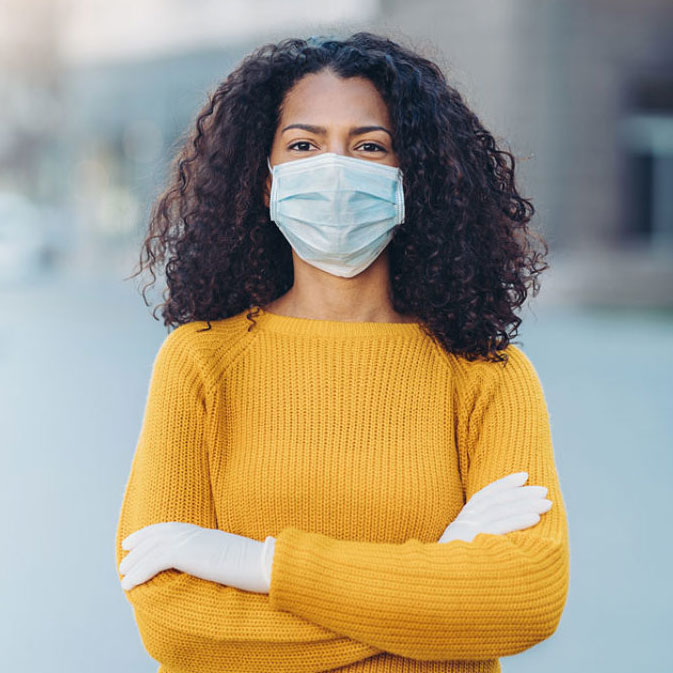 That may not sound like much, but these tiny efforts to diversify what women and girls look like in moments of strength go a long way in helping kids and parents who aren't white draw neat lines of continuity through the narrative of their lives.

For the kids and parents who more resemble what once was a media norm, this also plays a useful role in learning how to effectively project themselves onto people who don't necessarily resemble them—something marginalized people have been doing all their lives.

It is around that age when girls typically begin losing confidence in what's possible for them, and begin projecting larger-scale dreams onto boys instead of themselves.